Auto-suggest helps you quickly narrow down your search results by suggesting possible matches as you type.
Showing results for
Search instead for
Do you mean
Reply
Topic Options
PalauBC
New Contributor

- I purchased a mf269dw to replace an old inkjet

- I want the printer to print only in black and white for text; not in grayscale

- I've tried looking on line for help to no avail.

- I've deleted the print drivers and reinstalled from: https://www.usa.canon.com/internet/portal/us/home/support/details/printers/black-and-white-laser/can...

- I connected to the printer using "Remote UI" and reviewed all of the settings; to no avail 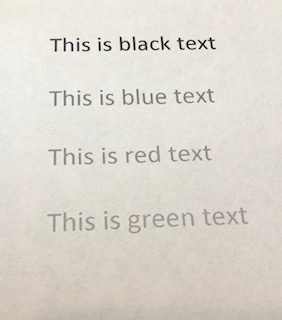 Re: Laser mf6360dw printing grayscale vs. black and white

Laser mf6360dw printing grayscale vs. black and white
Are you sure about that model number? Are you in the US?

The link you provided for drivers is for the MF269dw...  If you try to use those drivers with anything but that model, its not going to work. 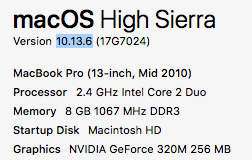 I am having the same problem. I can print something that looks fine on the screen, but it prints it in grayscale and I can hardly read it. I have tried changing the density settings, but they don't appear to change the output at all.

I bought two of these printers (one for myself and the other for my elderly mother).

I paid extra for a laser because my experience with them has always been positive.

So far I am very unhappy with these printers.

Were you able to find a solution?

I am having the exact same problems described above. The shaded grays just do not print well-- faded and in some lines, impossible to read.

Very frustrating, esp since the prior posters do not list ANY solutions or even responses from Canon folks.

BTW: I am assuming that like in  community posts like these, Canon reps or experienced users will answer (at least that's how I've gotten responses in Apple and Microsoft communities...)

Any help would be really appreciated. I've had to stop using my mf269dw because of this issue (and very poor scanning).

Wish I could help, but I am still struggling with this issue and no one from Canon has commented yet.
Report Inappropriate Content
Message 6 of 9 (204 Views)
Reply
0 Kudos
HowardRM
New Contributor

Thx for reply; and there were a bunch of older posters with the same issue. I have let Wirecutter know about this so others can avoid; and worse the only way to get support is to call... between 10a - 5 but they don't even tell you the time zone!

I used to buy only Canons--ink jet, laser. but no more... sad service.

Hi there; so after four long calls with Canon Support, this has happened:

1) first gent I spoke with took the time to walk me thru several things; I printed out a printer report and other pages, scanned them and sent them to him for analysis. He determined I needed a new fuser/drum... said it'd be sent overnight... well what I got 4 days later was a replacement rebuilt printer (same model) WITHOUT toner or drum! I put the only drum and toner cart I had in the new machine... same result.

2) Called back to ask why different part was sent; another rep reviewed my file and said 'that's what rep's boss told him to do." Oh.  He walked me through a bunch of stuff, such as "don't plug the printer into a surge protector; plug it into wall and be sure it's the only device plugged in there." OK, did it. No better.

He talked me thru install of Canon drivers (I was using the Mac drivers that came up when I hit add a printer).

**It worked a teeny bit better, though scanner driver which I had installed under his direction is a total fail!!

He walked me thru changing the printer settings to increase amount of toner used and fine tune quality-- so bottom line is, it was barely adequate even with toner quality turned up all the way, No change.

3) Called again this week (6/7/21); got first guy again; again very nice. Said to me again it needs a new drum-- came back a few minutes later and said, it needs a toner, I am told, not drum.

4) received new Canon 051 toner cart; install it. It printed GREAT as long as printer settings were at highest setting; if I set it at standard or if I turned on Toner Saver, the printout was very light again!

What have I learned? That with toner carts costing $81 for regular, $120 for high capacity, I will likely need FAR more toner and get far fewer copies out of a toner cart than the 1500 estimate on standard setting!  If I got adequate printing on Std setting, for 1500 pages, it'd cost 5 cents each printed page. BUT with toner setting needing to be high, I bet I'll get half of that (at 10 cents or more a page).

I rated the unit on Wirecutter and Consumer Reports site as poor. I will call again and request a refund (it's 9 mos old). I'm not optimistic.  Good luck with yours.

The issue could be caused by the driver that is being use with the printer or it could be caused by a hardware issue. Since the black is printing without issue, the hardware should be fine. In this situation I would suggest going into system preferences and opening printers and scanners. Use the - at the bottom of the list, you can remove the connections for the printer and then you can add the printer again. When adding the printer, there a several drivers options the Mac can use . When you add the printer, click on the USE drop down box in the add printer window and click on select software. In the select software window, you can select the MF269dw option and then click add. Once you have it added back to the list, you can try printing again to see if you have the same issue.

If you do not have the option for the MF269 in the select software, list, you can download and install the MF Printer Driver driver from the link provided HERE and then you can try adding the printer again.

If this does not resolve the issue, I would suggest contacting support at 1-800-652-2666. This way an agent can check for any hardware issues or the settings being used in the program that you are printing from or on the printer.