Auto-suggest helps you quickly narrow down your search results by suggesting possible matches as you type.
Showing results for
Search instead for
Do you mean
Reply
Topic Options
stargirl23
Occasional Contributor

hi,  i'm having some difficulties capturing things in flight... mainly insects like bees.  i've got a Canon Rebel T-6.

the first picture would have been a great picture except the wasp that flew by unexpectedly turned out blurry.  any tips on photographing bees or wasps in flight?

the second picture would have been a great picture except when i used my flash to capture the hovering hoverfly, the flowers become washed out.

As for the washout I'd shoot in raw instead of jpg so you can maybe recover from blown highlights or under exposures better. As for the flash I would probably use a -1 stop of flash exposure compensation if shooting up close like that.

When i shoot bugs or bees on flowers or other macro shots I usually use manual focus. Then I don't really twist the ring to fine tune focus, I just lean forward and back to focus. The depth of field is so shallow when you are that slide that AF is not reliable, at least not on a camera with a simpler AF than a 1dx or something.

You freeze action or movement with much higher shutter speeds than what you used. Takes a bit of trial & error to find the right range for specific things.

"A skill is developed through constant practice with a passion to improve, not bought."
Report Inappropriate Content
Message 3 of 8 (2,697 Views)
Reply
0 Kudos
ebiggs1
Forum Elite

"... i'm having some difficulties capturing things in flight."

First, all cameras, no matter how much they cost, have their limits.  A static flower and a fast moving bee are on opposite ends as you have noticed.  Some creative techniques need to be employed.

The bee just sitting on a flower doing its thing should not be any problem.  Pretty normal exposure.  A bee in flight over a static flower will be more difficult.  I have used flash to stop hummingbirds in flight but I am not concerned with the BG.

If I wanted the bottom shot you used for an example, I would shoot it twice and stack it in PS.  Do one shot for the bee and a second for the flower.  I would also try to do it with out flash.  Adding the flash just adds more issues to overcome if it really isn't required.  Kicking the SS up to 1/2000+ and ISO to 8000 may eliminate the need for two stacked shots.  However, I use PS all the time so the post editing needed is no problem. I find it easier to get two very different subjects together in one photo a snap with PS.

For that bottom shot try this first;

Anyone asking the OP's questions is too inexperienced to be fooling around with stacking.

Everyone starts from the begining.  Even thou ! 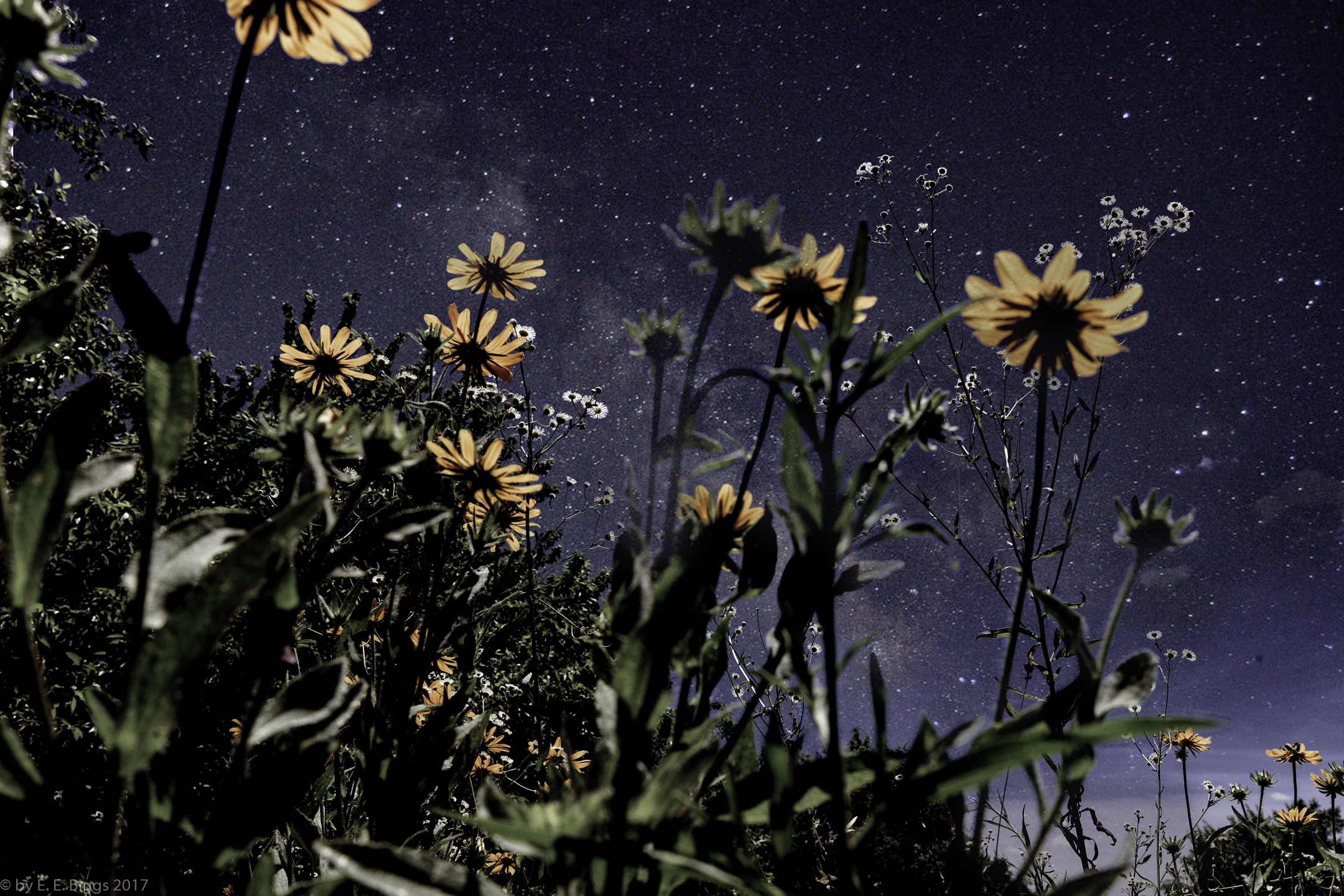 Not exactly a bee on a flower but two vastly different exposures required.  Unless you stack.  It's not that hard to do.

Everyone starts from the begining.  Even thou !

Not exactly a bee on a flower but two vastly different exposures required.  Unless you stack.  It's not that hard to do.

Looks more like layer masks than image stacking to me.

"Doctor told me to get out and walk, so I bought a Canon."
Report Inappropriate Content
Message 7 of 8 (2,651 Views)
Reply
0 Kudos
ebiggs1
Forum Elite

The technique used is a layer mask.  But it is two photos 'stacked' on top of each other.  Each one with its very different exposure settings and editing.  A layer mask can be used for many different things, stacking is just one of them.