Auto-suggest helps you quickly narrow down your search results by suggesting possible matches as you type.
Showing results for
Search instead for
Do you mean
Reply
Topic Options
davefry04
New Contributor

EOS 6D does not find or produce WiFi signals

I am thinking there is an issue with the internal workings of the WiFi antenna in my new Canon 6D.  When setting up the wifi functions and trying to connect to a smartphone via "Camera access point mode", none of my devices find the WiFi signal that is supposedly being emitted by the 6D.  I've tried entering the SSID manually to no avail.

Something seems wrong internally with the camera, but I wanted to throw it out to everyone to see if any of you have any information on how I can go about fixing this issue.  I was very excited to try out the live viewing via my iPhone/iPad while setting up Landscape shots, but obviously that won't happen until this issue is diagnosed and solved.

Can't help since the whole process went smoothly for me (and I am very challenged when it comes to networks - so if auto set ups don't work I'm done). Never used the Infastructure Mode before so I tried that and it and picked up all the neighbors networks. Not sure what magic is required to get yours working but sure sounds like some bad hardware.
Report Inappropriate Content
Message 2 of 11 (10,405 Views)
Reply
0 Kudos
davefry04
New Contributor

Has anyone else heard of this issue? I can't imagine there is anything I am doing incorrectly in procedure. The process is extremely simple to complete. I am planning on calling for support today, but I figured I would throw it out to the message boards first in case I was making a mistake that I was overlooking...
Report Inappropriate Content
Message 3 of 11 (10,394 Views)
Reply
0 Kudos
Mykolas
Respected Contributor

It is possible that the numerous wireless networks flooding your immediate area are causing interference of some kind.  If you were to take the camera and your smartphone elsewhere to an area that is much less crowded with wireless networks, do you still experience the same issue?

Did this answer your question? Please click the Accept as Solution button so that others may find the answer as well.
Report Inappropriate Content
Message 4 of 11 (10,192 Views)
Reply
2 Kudos
RobertTheFat
Honored Contributor

It is possible that the numerous wireless networks flooding your immediate area are causing interference of some kind.  If you were to take the camera and your smartphone elsewhere to an area that is much less crowded with wireless networks, do you still experience the same issue?

Commercial wireless access points can usually be configured not to broadcast their SSIDs. I suppose it's unlikely that the 6D has that capability; but if it does, that's something that should be checked.

I see this post is almost 2 years old but no solution. I am having the same issue as davefry04. None of my devices can find the Canon 6D as an access point/ssid name. Also if I try to use the camera to connect to my local wifi (infrastructure mode) then I get the same as davefry04 - the camera simply does not find ANY local wifi connections. Any soultions or ideas would be appreciated !

I'm having the same problems....and cannot figure out a solution.

I'm having the same problems....and cannot figure out a solution.

I have no idea what the earlier people were complaining about.  I do not see those menu choices[access point, etc.] in my 6D.

What I do see are 6 choices, and if I select the icon on the top right [EOS Utility Remote Control], then search, and then the camera will display all local access points within range of its' Wi-Fi, just like my laptop would.

I don't think many people understand what the wireless system actually does.

"Doctor told me to get out and walk, so I bought a Canon."
Report Inappropriate Content
Message 8 of 11 (7,871 Views)
Reply
0 Kudos
AndyShust
New Contributor

I think I have the solution to your problem (at least one of the possible ones).

I noticed the same issue with my camera recently — SSID created (in other words, WiFi signal emitted) by my camera didn't show up anywhere on any devices (two different phones, Android one and an iPhone, as well as a WiFi adapter connected to my desktop PC). The camera also didn't detect any signals from nearby WiFi sources (just displayed 'Searching...').

In my case it was a hardware problem.

A short prehistory to my solution. I'm sort of a tech geek when it comes to DSLRs, and tend to teardown (disassemble) my gear once the warranty term has run out and when there's some trouble with it. So in this particular case the problem appeared to have been caused by the flex cable from the in-camera WiFi module not being properly re-inserted during reassembly. Simply speaking, I didn't put it firmly enough back in place on the mainboard when reassembling the camera after some sort of cleaning inside.

So now I disassembled the camera again, got right to the Wi-Fi module to check it and its close surroundings for any visible damage (had a wet shootout recently), detected nothing suspicious, and then during reassembly I simply put the flex cable more firmly in place. It's very subtle to see or to show, but just half a millimeter plays a huge role in this case. And it's somewhat difficult to insert it back, since you have to apply force to such a tiny detail. Anyway, problem was solved for me this way.

The only thing which bothers me now is that the camera self-diagnostic system didn't report any trouble with the WiFi module, which obviously wasn't functioning normally.

In your case it might not be the same cause. If you had your camera repaired and/or disassembled recently, the chance you have the same trouble is pretty high.

Sorry for the mistakes and/or for the 'long read'. See the attached image. 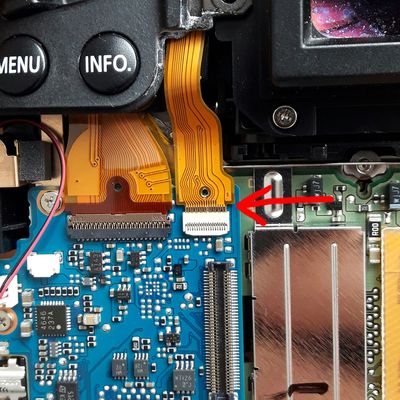 I HAVE FOUND THE CAUSE AND SOLVED IT EFFECTIVELY ! (From Vietnam HỒ CHÍ MINH )
____________
The reason why your Canon 6D camera cannot connect to the network is because of the problem with your network settings.
Try following these steps: 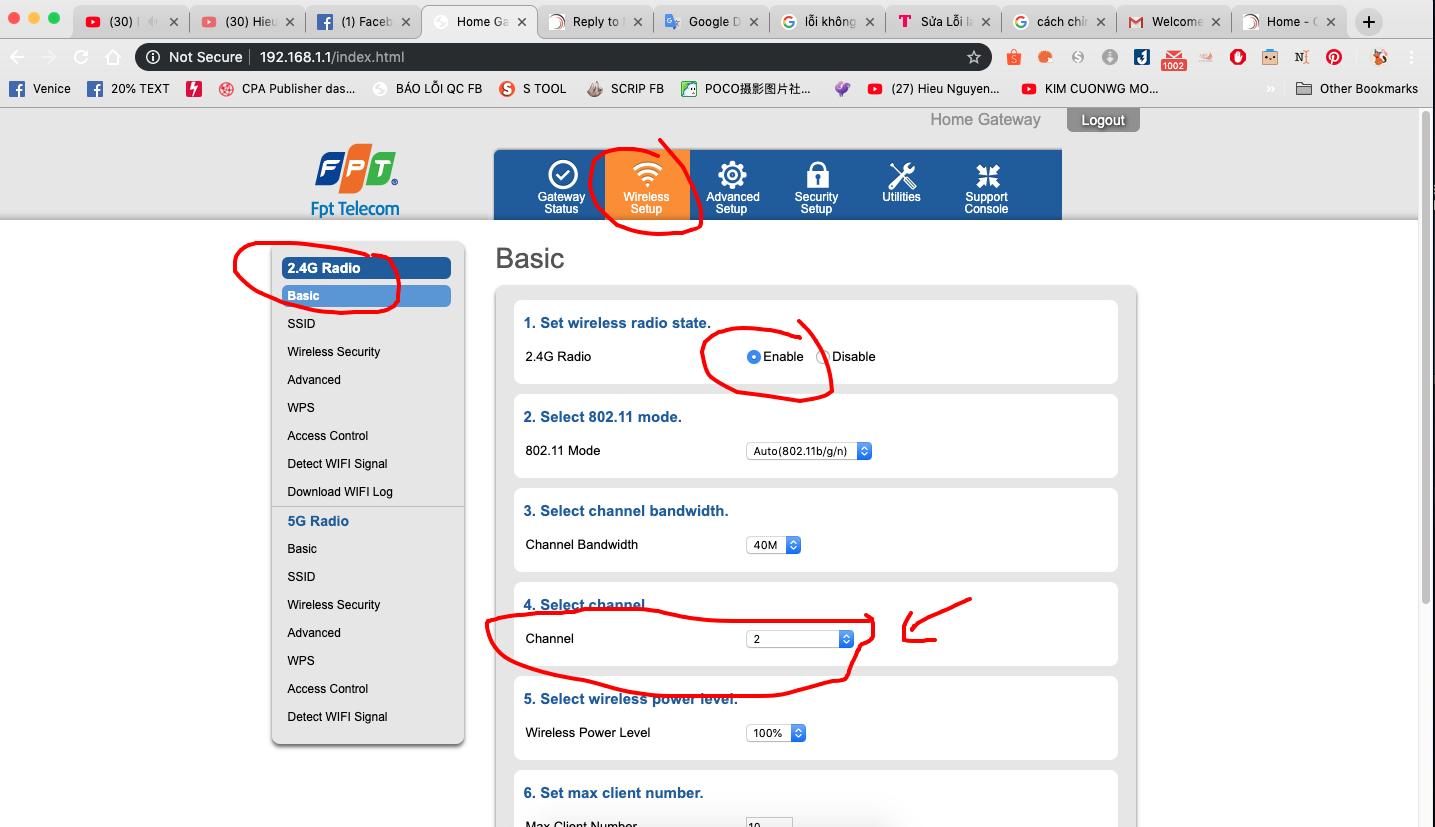