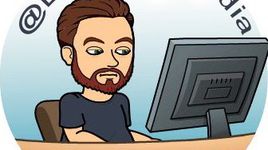 So, sob story time... a couple fridays ago I left work as usual at the end of the day. Strode in monday morning, opened my office door and it felt like a rainforest. I quickly noticed my desk was soaked, my floor was drenched, and my computer, monitors, drone and camera had been getting rained on for what must've been 60 hours. Monitors are dead, drone is dead camera is dead.

My 60D has been in rice for nearly 2 weeks and it's still not working. Before my work is willing shell out for a new one, what steps should i take to ensure it is well and truly dead? Is there anything that can be accomplished by send it to canon?

"My 60D has been in rice for nearly 2 weeks and it's still not working."

Not surprised as that never works. Plus it is likely to get rice dust inside your wet camera and make things worse. Wet is prettty serious to cameras.  How wet is the key.  Never turn the camera on while it is still wet.  That can do more damage than the water did. The best most effective way to dry it is with a warm, not hot, heating pad.  Open all possible places, doors, that can be opened. No lens. No battery, No SD card. All open. Leave it on the heating pad for a long time.  Possibly that same two weeks. If you are lucky in time it will spring back to life. If not, at that point sending it to Canon is also likely to be fruitless as cost of repair can be prohibitive if possible at all. Otherwise check out the 80D which is a nice upgrade. Good luck.

After 2 weeks it isn't going to come back to life without repair.  It would have dried out by now and functioned if moisture was the only issue and if it has actually remained wet for 2 weeks you wouldn't want it.

Electronics will often survive pure water and there are some occasions where distilled and deionized water is used to flush electronics that have been exposed to some other liquid but it has to be done immediately and then the equipment is quickly dried.  What percolated through the ceiling over your desk picked up plenty of other contaminants on the way through the ceiling structure so it is far from distilled water.

For electronics that were immersed, you need a lot of warm dry airflow quickly followed by bagging with a purpose designed desiccant, but that is problematic for a camera because dust and debris deposited on moist surfaces can easily create its own set of issues so the airflow approach can be risky.  Desirable desiccant is of the color changing variety so that you will know when it is saturated and with a wet product it will often require replacing the desiccant several times in short order.  Industrial desiccant products designed for this can be baked at low heat at which point the moisture level is reduced and they will change color indicating they are ready for use again.  With a really wet camera, I would bag it with several desiccant packs and plan on checking and changing those frequently (probably several times per hour early in the process).

But I think it is far too late for your camera.  And as Ernie stated, NEVER turn on an electronic product that has gotten accidentally wet.  Unfortunately with most products, as long as the battery is in place some of the circuitry is still live AND the moisture intrusion can easily cause enough leakage across controls and connectors to fool the equipment into fully powering up.  Immediate first aid is remove the battery and once you think it is dry give it another day with fresh desiccant and only then try to power it up.

"After 2 weeks it isn't going to come back to life without repair."

I have personally seen very wet cameras come back to life after more than two weeks. Much longer!  Even if not likely, I agree, but at this point he has nothing to lose. And you never know stranger things happen. I believe closing one up in a bag of some sort is the worst thing you can do. The desiccant doesn't work well either because people almost never have or use enough of it. It is also very slow to work. The warm heating pad will dry it out. No doubt.  Whether it works or not is luck I suppose.