Videos with my T7

Pondering doing some videos and would like some advice from the community. The manual says to use a certain memory card and have no problem with that...except where to find one. Any advice is appreciated.

This works well for us on the T7i. I suggest UHS speed Class 3 (minimum) and SD speed class 10 (minimum). Also, ours are only 95mbps, you can go higher, but these work for us when shooting video. I found ours on Amazon, but you have to be careful and just make sure that Amazon is the "Seller" and not "Joes Discount" or some such. I'm not saying all sellers on Amazon sell knockoffs, but you are more likely to get a bad card by going for a cheaper priced item.

Just makes sure the two specs I have arrows to are on the card you buy.

I hope this helps. 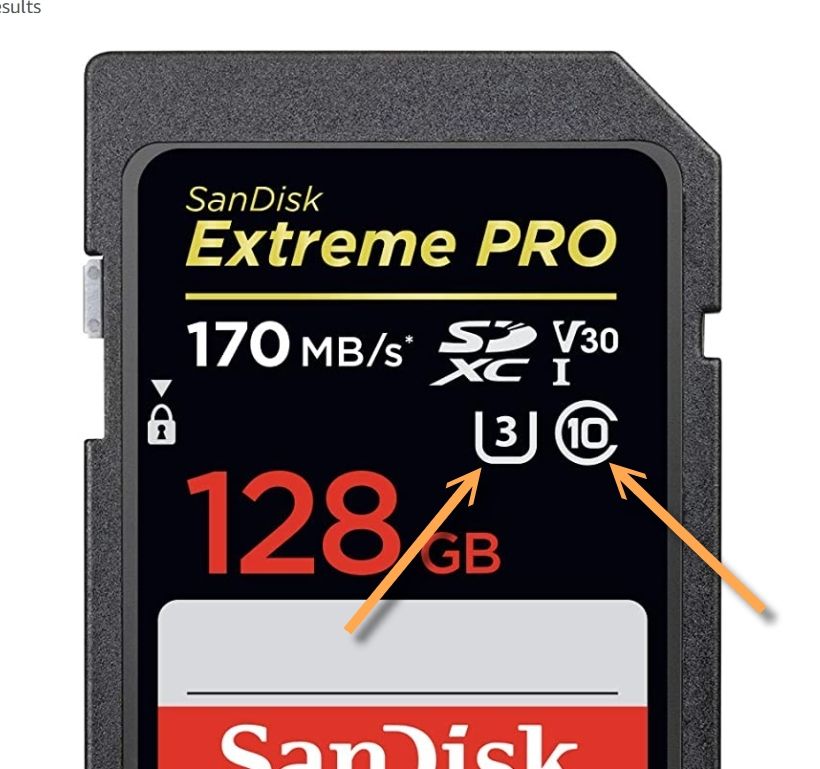 Or you can go to Wal-Mart or Target and see exactly what you are getting.

Our Target has lots of empty pegs in the camera department. Will see what is available for store pick-up. Not a Wally World fan; local stores rely on online ordering for a lot of photography items and store pick-up

For SD cards... First, only use full-sized cards.   Second, check your camera's manual for compatibility.  I'm fairly sure it will only be able to use UHS-I cards (as opposed to UHS-II).  And, use reputable brands from reputable sources.   For video, the only speed rating that matters is the V rating.  V30 shown in the image Newton posted above.

The V rating is the sustained write speed.  30 MBps in this case.  Note MegaBytes here and not Megabits.  Typically, codecs will mention their data rates in Megabits.  As an example, for my EOS C70, one of the codecs needs 410 Mbps (divide by 8 to get 51.25 MBps).  So a V30 card would be too slow.  At least a V60 card is needed.  For higher framerate capture, the codecs demand even more bandwidth, so I ended up going with V90 cards.

In summary, check your manual to see what the codecs would demand.   Then, figure out the V-rating required.

Finally, if there are multiple cards with the same V-rating, they may be offering different read speeds.  e.g. again in Newton's image that was posted above, the read speed on that card is 170 MBps.  So when transfering footage to your computer, this can give you higher speed copies than using a 95 MBps (read speed) card.  Of course the card itself may not be the bottleneck.

I used to own a T5, which is electronically very similar to the T7.  I found that my T5 did not like SDXC cards, 64GB and larger.  It would lock up,  Of course, I tried different cards, and all of them had been formatted in the camera.

Yet, it worked perfectly with SDXC cards, 16GB and 32GB capacity.  I buy all of my online cards from B&H, which I highly recommend over Amazon, any day of the week.

Thanks to all ! I checked the manual and here is the recommendation: High Capacity SD, rated Speed Class 6 or higher. I phone-ordered a Sigma150-600mm lens from B&H. Wadizzle, I'm impressed with them and will use them in the future. Not a big Amazon fan. Checked: my cards are HP (very low capacity and sitting in the desk drawer), SanDisk Ultra (32GB),  two Lexar (16 GB), PNY (only 2 GB). Re: capacity, I download my photos at the end of the day to review them. FWIW, once I downloaded the wife's cell phone...427 photos!!!!!