When it is connected to Macbook the EOS Utility 3 does not recognize it. Even sometimes EOS Utility 3 recognized it the error occurs during starting transferring images.

When it is connected to the iPhone or iPad through Canon's Camera Connect app a similar error would occur during starting transfer images from R5 to the mobile device and the connection would be lost.

All the applications from Mac or iOS devices are updated to the latest version. My R5 worked yesterday. I have no clue what has been changed.

Now I cannot transfer any image from R5 to other devices using any application made by Canon. All the methods told by Canon's website have been applied in attempts of solving the issue. I can connect the R5 to my iPad Pro and import the images in the Photo app, which works perfectly.

Is there anyone having a similar issue?

After quite a while since the post was created on 08-13 the issue persists. Bluetooth connectivity never worked. WIFI connectivity can be successful but unstable. The "target not found" error frequently happens in R5 when EOS utility is being used to transfer images and videos via WIFI connectivity between R5 and Macbook pro (Catalina 10.15.6). After not using the wireless connectivity feature for weeks it might work once with no issue when I tried. Once it worked with no issue for once it becomes unstable and unusable with errors.

The worst part of this issue is that Canon may not be able to reproduce the same issue on their end. Moreover, it is not persistent. I can only hope that Canon will eventually find out the defect they introduce in the software or hardware and fix it in the later framework update.

My issue was mainly the unusable conectivity with any type of connection between the EOS R5 and the computer/iPhone/iPad including USB-C cable, wifi and bluetooth.

The issue was significant while the USB-C cable was not working. I couldn't use any feature from the EOS utility like taking live shots from control of the computer or importing any photos/videos from the camera to computer/mobile devices. I had to use card readers to import my work every time. Later, I found that Imagin Capture or Google Photo app can actually detect the photos from the R5 via USB-C connection though Canon's EOS utility cannot detect the camera. The issue ws definitely only caused by the code in EOS Utility app of both Mac and iOS versions, not the USB-C connectivity.

Even nowadays I still haven't tried to use any wireless connectivity of R5. I don't have the confidence in the stability any more. Instead of wasting time to debug any protential issue I am just always using the USB-C cable for the connectivity.

The funny thing is I use my camera to create an ad-hoc network to my devices - I don't mess with hooking up to any existing networks. I just know that I happen to have an Eero mesh system in the area where I suddenly can't connect. I'm heading to a shoot now to try it in another location.

The funny thing is I use my camera to create an ad-hoc network to my devices - I don't mess with hooking up to any existing networks. I just know that I happen to have an Eero mesh system in the area where I suddenly can't connect. I'm heading to a shoot now to try it in another location.

Sounds like too much traffic on that Wi-Fi channell.  Mesh networks do wreak havoc, it seems.  Contact Canon Support.

The camera's software does not get to the step to even select a network. It's not about carrying your own router.

Just got back from my shoot - the R5 is still sticking on "searching for access points" anywhere I go. My R6 which is unable to connect here at my house was able to easily create its network and I connected to my iPad no problem, just like I've been doing for years. My 5D Mk IV and 6D Mk II have no trouble here at my house.

The camera's software does not get to the step to even select a network. It's not about carrying your own router. 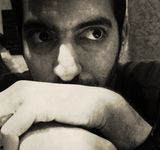 I'm having the same issue on firmware 1.2.0.  Living in a city it's hard for me to chase down the 10s of visible networks around me to see who's on an Eero or what not. As fast Wi-Fi was a feature upgrade for the R5 its pretty dissapointing.

I had the ssame problem.  I jst installed the latest version of the firmware Ver 1.4.0 on the camera and was able to connect to my Windows desktop and my iPad

My R5 works in my own home.

My client had a larger home and may have had a mesh wifi netowrk. I remember seeing the small beacons. I can't confirm with  100% certainty.

The point is that some type of Wi-Fi networks cause a software hang up in the R5. It stays on the "Searching for access point" and will not go to the next step to select a network of have the camera make a direct connection.

I spoke with Canon support today. They said there's been no mention of it. But report it to the higher support teams.

This is a real issue and crippling workflows for architectural photographers. My older 5DsR had no issues in the same home establishing and maintaing a Wi-Fi connection to my laptop.

I wonder if its something with the EERO mesh system that is screwing it up?  I may have to disconnect all of them and see what happens.

IT IS A PROBLEM WITH THE EERO WIFI!

I disconnected my EERO accees point and it worked.  Plugged it back in and it doesent work.

Go figure.  Canon, Can you get an EERO mesh network up and running in your labs and see how to fix it?

I have the same issue, although at one point my R5 did work on wi-fi, today it stopped working altogether and is stuck on "search for access points" with "searching..." on the screen forever. Bluetooth is getting the "target not found" even when my iPad is picking up the Bluetooth signal.
0 Likes
Share
Reply