My T7 has had a workout with two grandsons playing high school baseball. The oldest is a pitcher. I did some experimenting with different settings as the Sport setting to take multiple photos in sequence. This one is unedited for your critique. Thanks for looking and your replies. Adding: I had to reduce it to be accepted as a post. 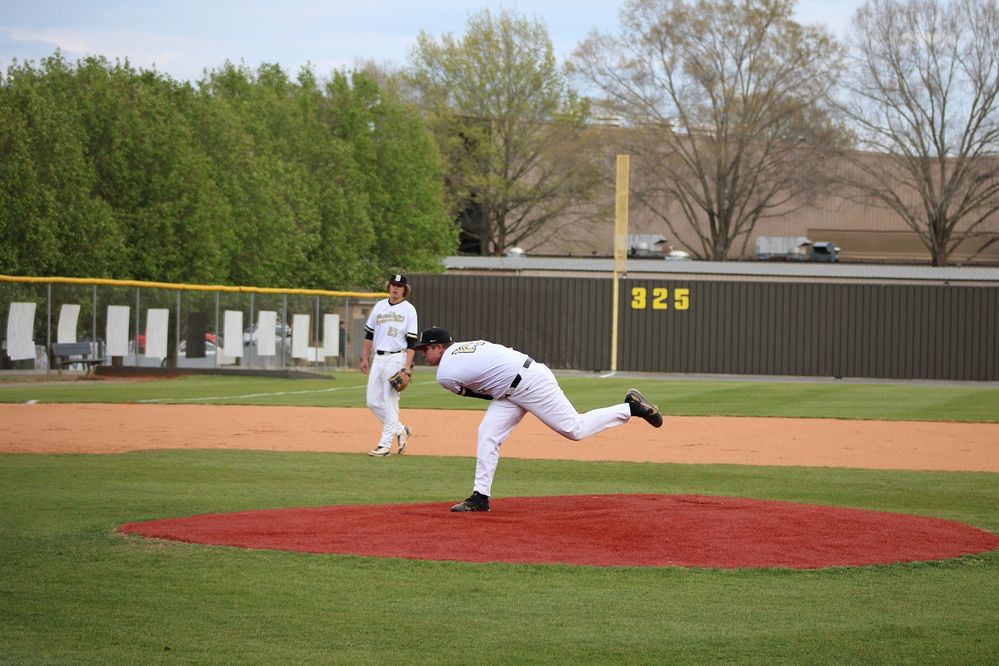 That is a pretty nice shot.  Experiment with shooting the pitcher from different angles to see which works best for your grandson's pitching style.  I get access to the dugout area and use that for some photos like head on shots of the pitcher but pitchers are one of the cases where you may find you need to put your lens up against the fencing and shoot through it to get a facing shot.

You might want to go with a little faster shutter speed to better freeze the pitcher.  Experiment with what works best in terms of your camera's ISO performance.  One other hint is a pitcher changes place quite a bit during the pitch so for shooting the pitcher I compose and lock focus instead of letting AI focus handle the situation.  The pitching photos below were shot with a EF 400 f2.8 which has handy focus stop buttons in an array around the far end of the lens but I also have the AF On buttons on my camera bodies programmed as AF stop buttons for the lenses that don't have these stop buttons. I prefer having AF linked to the shutter release button but with the ability to freeze it when I want.

I shot a couple of photos at the adjacent girls' softball field while waiting for the lacrosse boys to finish pre-game warmup.  The pitcher is extremely good but she has an odd style of keeping her eyes closed throughout most of her pitching motion.  These were shot from a small hill overlooking the diamond with a 1DX III and EF 400 f2.8 @ 1/1250, f2.8.  The other shot is our player who had just made an excellent stop at first but injured her finger in the process.  I was rushing back across to the football field to prepare for the opening lacrosse face-off but she stopped me for a quick photo of her newly bandaged finger before she re-entered the game.  I was in a rush or I would have changed the camera settings for more depth of field to get her finger in better focus instead of just her face.  It is a reminder that in every sport, photo ops appear without warning and if you aren't on your game they won't turn out like you want although she loved the photo.  Shot with 1DX II and EF 24-70 f2.8 while I was on the run 🙂 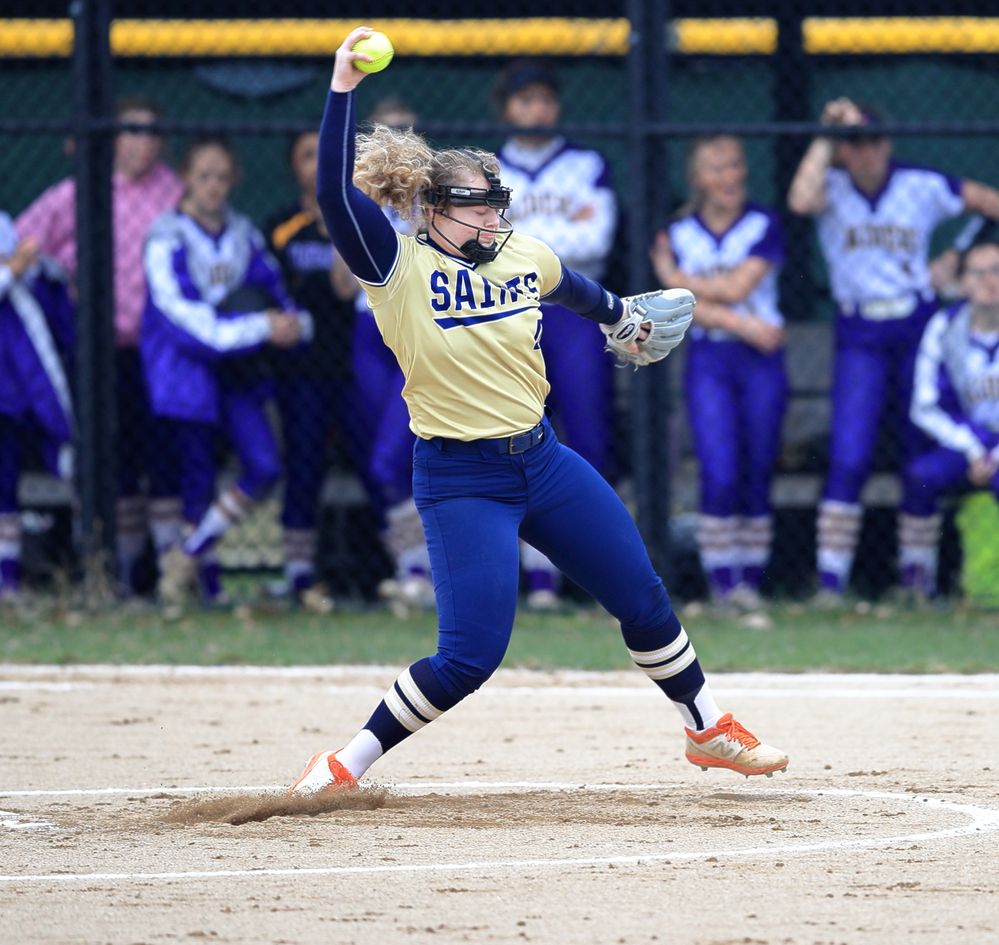 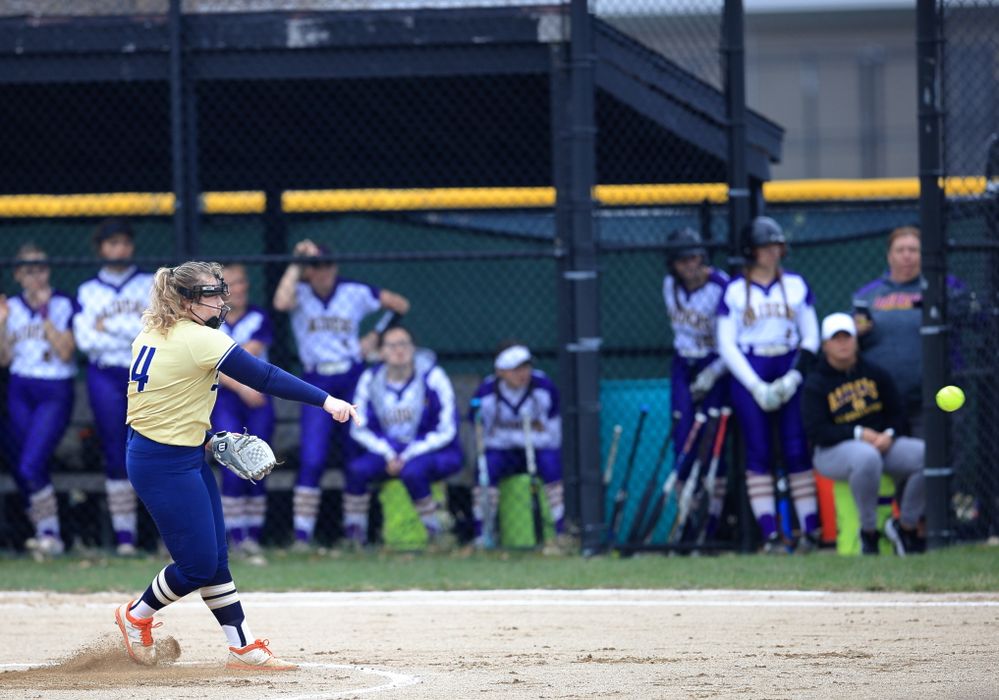 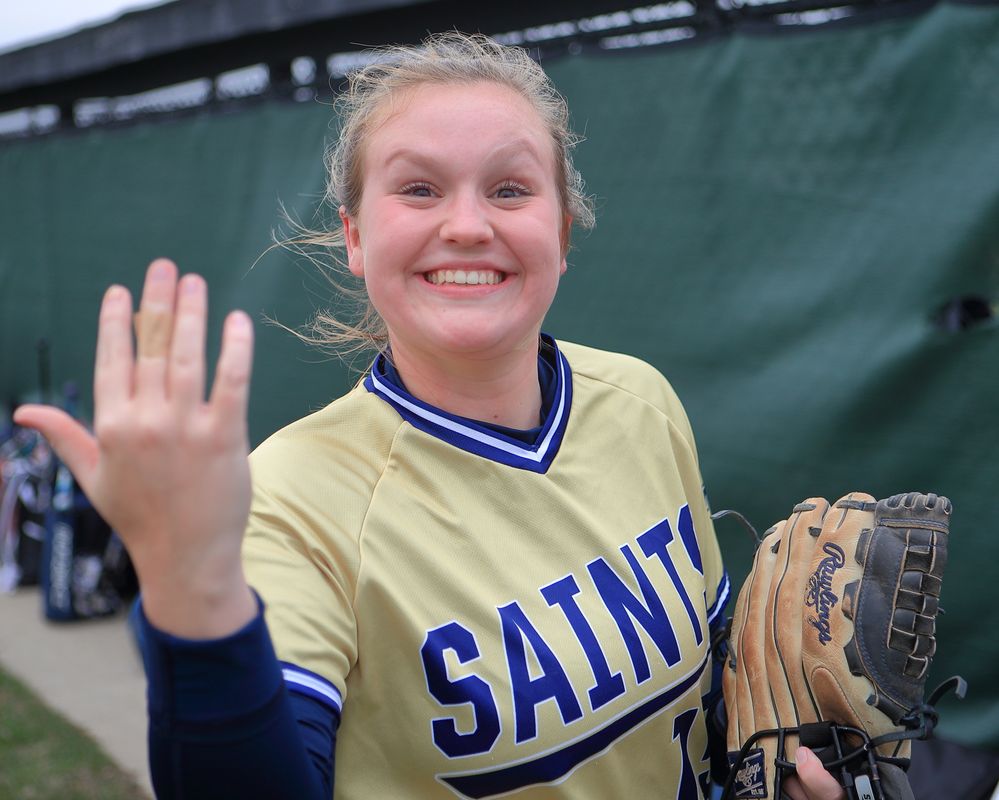 Thanks for your detailed reply, critique and suggestions. I was near the dugout and have to keep a low profile. My grandson gets a bit nervous about photographs when pitching. Dictates where I can stand an be out of his line of sight. I hid behind a pole behind home plate and took a couple of quick shots. I didn't mention that my camera setting was AV. If it is OK, I'd like to copy and print your reply for future reference.

The pitcher has her eyes closed because of a fervent prayer, "Let this be a strike!"

You are welcome and I am always happy to help with camera setup when I can.

For sports, I have been shooting with manually set aperture and shutter speed with ISO set to auto since that feature became available.  For sports, the majority of the time you want the lens wide open.  In a lot of high school sports, this is a necessity given the low light but it also provides the very shallow depth of field you normally want to make the player pop out of the background.  Shutter speed slower than the critical level for the sport will result in severe motion blur.  So in many cases, ISO is the only variable in the equation that can be allowed to float.  Depending upon the light environment, sport, and camera sensor noise performance you may have to accept a slightly slower than optimal shutter speed (i.e. 1/640 or 1/800 instead of the desirable 1/1000 or greater for football) but this is still a decision for the photographer to make and set.

I know exactly what you mean about not distracting a player.  It infuriates me when parents show up at a night football game and get as close as they can to the field while firing away with a flash.  None of the little camera mounted flashes are going to do anything useful with the distance involved but it does distract the players.

When my daughter was a sophomore, she agreed to play on the golf team for the coach who was also her student council advisor.  I had never shot golf before but I knew the importance of not distracting the golfer and I had the camera set to quiet mode and chose a spot where I was mostly hidden behind a tree to catch their opening tee shots, with a 400 f2.8 lens I could stay a long distance from them.  I would compose and lock focus during their practice swing and then shoot a few frames during the actual swing.  This worked great for the first two golfers and then the third girl decided to bend over and move the ball before taking her actual shot so I looked like I was hiding behind a tree taking photos of a high school girls butt with a big white Canon L series telephoto prime.  It looked creepy enough I was about ready to call 911 to report myself 🙂  The school assistant superintendent's home is on the course and she saw me taking photos and brought out a beer to me. When I told her about my misadventure on the first tee, she started laughing so hard she spilled beer on herself.  So in one day I managed to look like a complete pervert and also made the school official appear to be a hopeless drunk.  Thus goes sports photography 🙂

Again, thanks for your advice based on experience. I also like to shoot his windup and release with the Sports mode to get multiple shots. Will cut-and-paste this for future reference. Looking at my photo, I will move to the left base side as he is left-handed to get a couple more positions.