The old format had a section where members posted photos. I enjoyed looking at the various photos plus seeing the specifications of the camera shot. I saw sports, wildlife, and landscape/outdoor photos. Where is it now?☹️

Those I haven't seen.  Only my own.  Maybe they will come back

This was a public section where one's photos were posted.

I suspect they will add it back as they continue to update the site.  In the meantime for your viewing pleasure, here is a timing shot that worked out well during a JV basketball game I shot Saturday evening.  The Saint's school logo appears on the padding behind the basketball goals and I captured one of the players as he was cutting across court perfectly positioned against the logo.  Shot with Canon 1DX Mark II and EF 300 f2.8 @ 1/800, f2.8, ISO 6400.

This was a single shot capture, even though I leave the bodies in high speed mode most of my game photos are taken either as singles or less often in a burst of two with longer bursts only for layups and similar longer plays. Shooting sports is still very much an exercise in precision timing which is why I love the handling and response of a DSLR with its true real time optical viewfinder that allows these sorts of images to be readily captured. 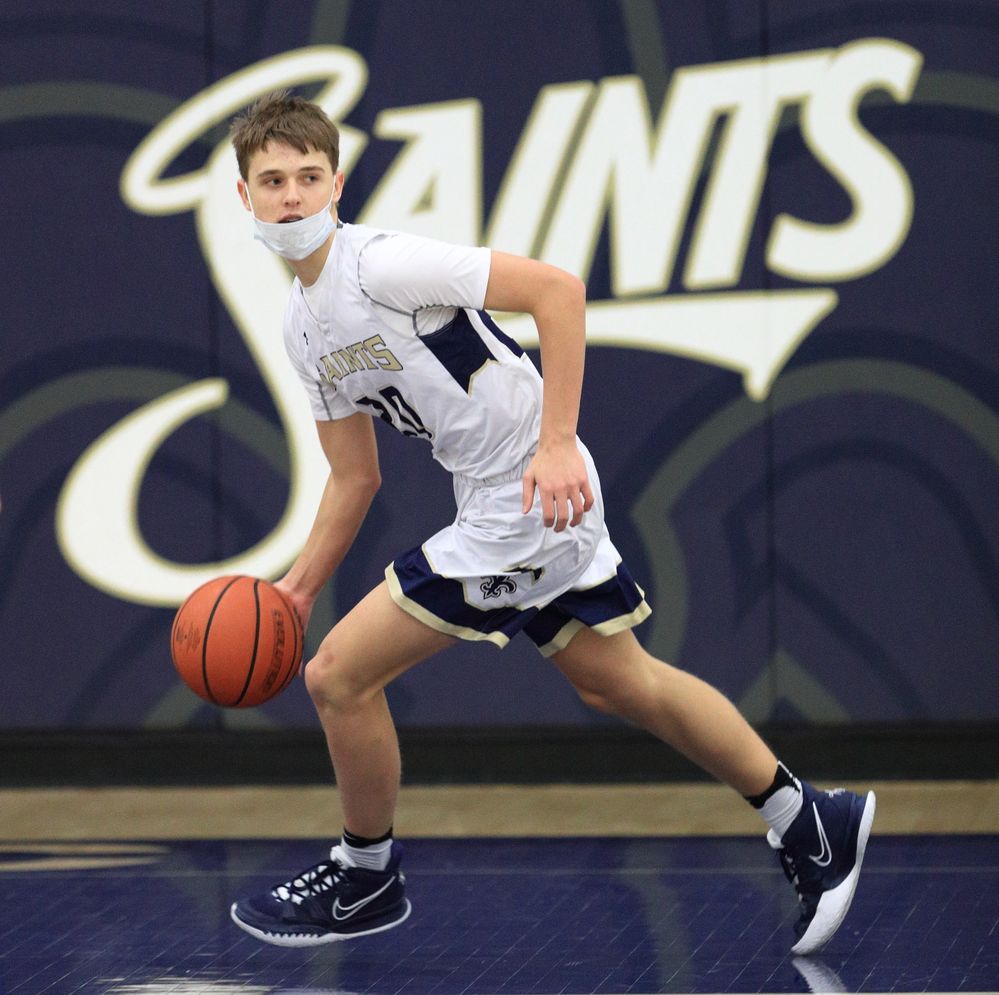 Some of my grandson's photos were shot with continuous shooting. Got one where both feet were off the ground. Same with a granddaughter's X-country race. Floating in mid-air.