grainy photos when taking at ISO 6400 on 5DS

Anyone noticed or experienceing the same graininess when taking photos with the 5Ds? I was surprised that when I switched from Nikon D2X over, the Nikon seems to have much useable photo at 6400 ISO than my new Canon 5Ds. Curious if I am doing something wrong or this is what to expect with the 5Ds?

Anyone noticed or experienceing the same graininess when taking photos with the 5Ds? I was surprised that when I switched from Nikon D2X over, the Nikon seems to have much useable photo at 6400 ISO than my new Canon 5Ds. Curious if I am doing something wrong or this is what to expect with the 5Ds?

If I recall correctly those Nikon models topped out at 3200 ISO using the expanded option.  The 5DS has very high pixel density with much small individual sensor cells compared to other models (like the 1DXM2 I use) so it is at a disadvantage in low light situations where high ISO is needed.

The 5DS will provide velvety smooth detailed photos when you can keep it at a lower ISO but if you need that degree of sensor resolution coupled with low noise high ISO operation then it is time to move to medium format where you can have a high megapixel sensor with good individual sensor cell size.

For shots not involving motion and those shots where a tripod can be used then you can avoid the higher ISO issue.  When I bought my 1DX M2 a couple of months ago I was initially somewhat disappointed with the level of detail but I was shooting soccer in poor indoor lighting forcing me to set the ISO in the 20K-25.6K range. Part of that was also my fault for accepting DPP's suggested default level of noise reduction which was more than needed and it was losing too much detail in the process.  After having used the camera recently for several outside matches with ISO settings in the 6.4K and below range I am much more impressed.

For the record, you are correct, I mispoke. The D2X did not have very high ISO, that said, I still see some seriuos graininess with the 5DS even at 800. To be accurate, yes test photos were taken in door, at night, but both tripod and cable release were used. Also, at standard viewing setting in (I can't recalled the exact ratio) in lightroom, the photo looks fine, however, when zoom in at 1:1 ration, it very grainy. If I am not mistaken, taken photos using RAW setting, I need not worried about photo/picture type. What am I doing wrong? Thanks.

For the record, you are correct, I mispoke. The D2X did not have very high ISO, that said, I still see some seriuos graininess with the 5DS even at 800. To be accurate, yes test photos were taken in door, at night, but both tripod and cable release were used. Also, at standard viewing setting in (I can't recalled the exact ratio) in lightroom, the photo looks fine, however, when zoom in at 1:1 ration, it very grainy. If I am not mistaken, taken photos using RAW setting, I need not worried about photo/picture type. What am I doing wrong? Thanks.

When I use a tripod, I usually find a way to shoot at ISO 100, most especially landscapes.

Grain and other image "defects" will always be more apparent as you increase the magnification, i.e. 100% crop.  Electronic devices operated above absolute zero are going to contribute significant noise and the noise will appear in digital images as the graininess you are seeing along with chroma or color noise.  As ISO is bumped up noise contributed by the sensor is amplified along with the actual image data and as amplification is further increased the Digic processors themselves are starting to contribute significant noise.  Using the same sensor technology the smaller individual cells in a highly dense sensor, like those of the 5DS, will result in more noise because of less light striking each sensor.

In processing the RAW files you are making a tradeoff between noise (grain) and ultimate sharpness and the optimal setting depends upon how the image will be used (i.e how much it will be cropped or "blown up").  DPP will apply a default value based upon the camera and its ISO setting and you can fine tune from there. Over sharpening will make noise in the form of grain much more apparent while over-saturation of color will make chroma noise much more apparent.

With your 5DS a 100% crop is providing a huge displayed image size so depending upon the ultimate desired display or print size the noise seen at 100% crop may not be of huge concern except to "pixel peepers".  The most attractive fashion model in the world has imperfections if viewed under a microscope (the equivalent of "pixel peeping") so always keep in mind the ultimate purpose for that image. But if you are planning on prints that approach 100% crop then you will need to address noise preferably at exposure by using a tripod and lower ISO or in post processing by taking the trade-off towards smoothing and away from sharpness.

With my 1DM2 I found slightly over-exposing and then pulling back in processing generally provided the best noise perfromance at the highest ISO levels but with my 1DX M2 I find this less needed and also less useful so it varies by sensor technology.  However under-exposure will quickly create noise problems in the dark areas because the sensor will primarily provide random (i.e. "shot" noise) output from that area of the sensor.

It is a matter of personal preference but a lot of digital images tend to be over-sharpened apparently because you can easily do so in Photoshop or any other processing program.  As one of the characters in Michael Crichton's novel Jurassic Park observes we often spend far too much time asking whether we can do something rather than whether we should do something.  Just because you can "sharpen the hell" out of a digital image doesn't necessarily mean that you should.

"If I am not mistaken, taken photos using RAW setting, I need not worried about photo/picture type. What am I doing wrong?"

I don't think you are mistaken as maybe misguided.  How you process the Raw file will greatly effect the quality.  Look at it this way, the camera is simply recording exactly what it sees at the moment with Raw.  It applies nothing of it own.  When you shoot jpg, the camera does it own thing to the photo.  It applies all the settings you set. It compresses the file.  Mostly removing empty space  but loss of data regardless.

Now the editing side of the process.  You can not view a Raw file. Remember it is simply data, ones and zeros.  What do we do?  Your editor, ie LR or PS, applies the jpg settings so you can see the photo.  This does not alter the Raw file in any way.

Now you must do the edits you want to make it all it can be.  This is good.  However, it can be bad if you do it wrong or don't understand how to edit photos.  That said, you can make the noise, which is always present, very much worse.  No matter what camera or camera brand you buy, it has noise. A 100% crop is going to show the worst of it.

There is no way no how the D2x made better photos than the 5Ds is capable of.  I own a D2x that I got shortly after they came out. If you wanted to stick with brand-N, they have the fabulous D3x.  Still viable camera even today.

You didn't shoot your D2x at 6400 ! The Dx2 which is a wonderful camera does not have that ISO range.  I have had one for years and years.  The two are not even slightly comparable, however.  53 mp vs 12 mp for instance. The Dx2 is a cropper and all 5 series are FF.  One thing about noise, it will appear worse when the shot is underexposed.  This is true for any camera.

BTW, there is no time of the day, week or year that I would choose a D2x over any 5 series.  Not just the 5Ds!  I think you just need more quality time with your new 5Ds.  Shoot and learn.

Current cameras do much better at higher ISO than their older counterparts but being able to shoot closer to "native" ISO is certainly better.  As ebiggs noted exposure becomes much more critical at higher ISO and it becomes much more important to frame the shot to use as much of the sensor and as little post-exposure cropping as possible. As I am still very much learning it takes a lot more effort to accomplish good post-exposure processing with these high ISO/poor environmental lighting exposures and I am definitely not fully there yet.  Before the indoor season next Fall I will pick up a 300MM 2.8 prime and it will become my main indoor soccer lens instead of the 70-200 plus 1.4X I used this past season.  Going from a F4.0 combo to F2.8 will allow me to drop the ISO setting from 16,000 to 8,000.

The captures at 16,000 (first exposure) are better than not getting the shot at all but it certainly was nice to transition to outside games and drop the ISO down to 2,000 under very cloudy late afternoon lighting. At 2000 a lot of cropping is possible and the smooth look is definitely preferable to grainy. 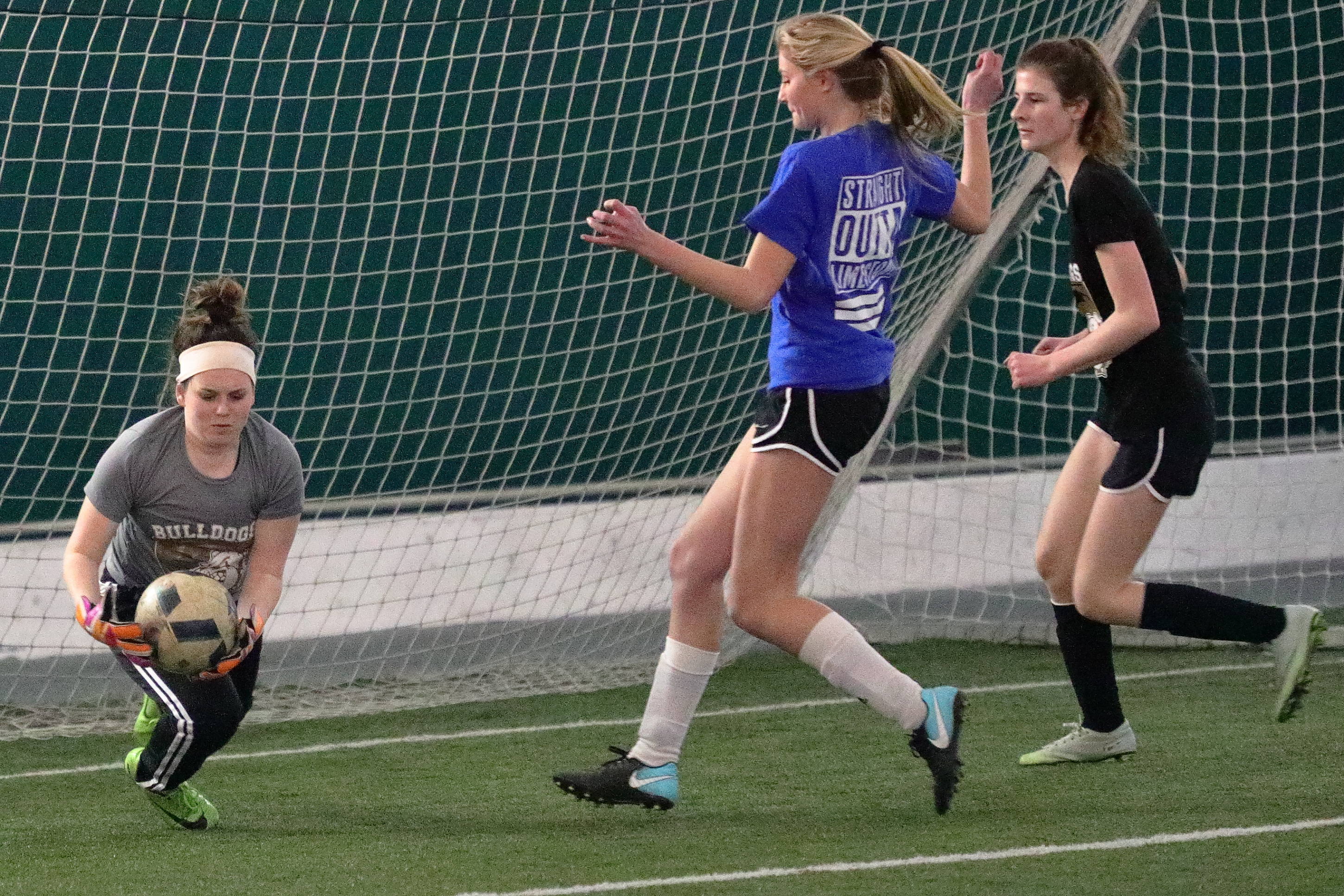 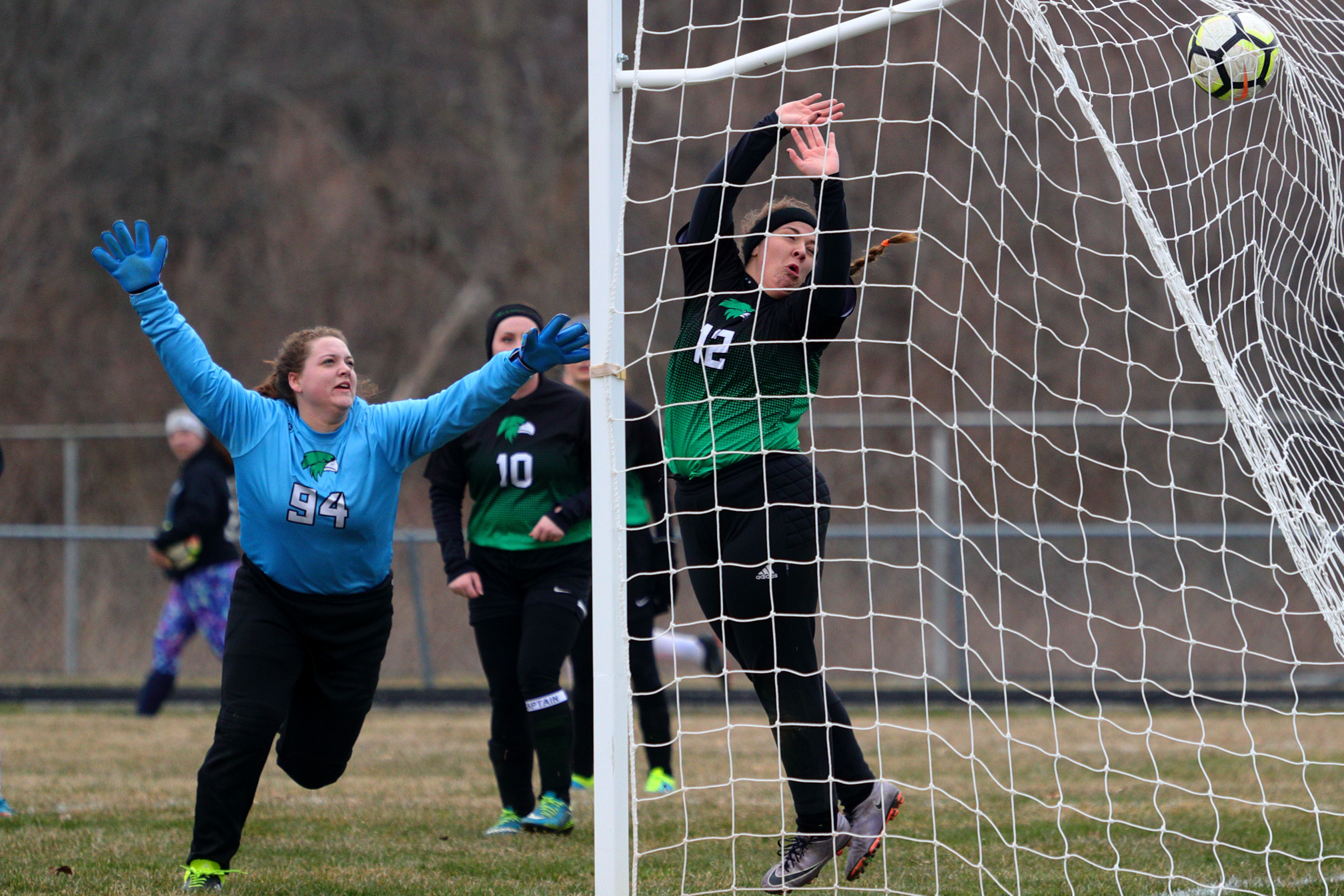 Take my suggestion and check out the Sigma 120-300mm f/2.8 DG OS HSM Lens.  It is a unique lens and absolutely worth a look-see.  I have found it to be invaluable for indoor sports.  I was talking with some NCAA basketball guys and they tell me it is a goto lens for BB.