When will canon fix the focus issues with the 70D?

I was "T.H.I.S." close to buying the 70D.  I have read WAYYY too many posts about issues with the focusing on the 70D.  How is Canon handling the issue?  I would love to buy this camera, but not willing to gamble with that much money.

I have not heard of this. Can you post an example?

There have been a bunch of reports (online) about the center point not giving consistent focus.  Not an AFMA issue; the focus is off and the results are too inconsistent to tune with AFMA.  The camera through the viewfinder shows that focus has locked but the final photo it's off.  It's only the center point, the outer points are fine.  I think it doesn't happen in LiveView as well.  I haven't followed the issue, but read a few threads.  Seems to be a big issue in Germany for some reason, but now it’s popping up in US forums, and there’s been no response from Canon on it.  I'm sure if you search "70D focus issue" you'll get plenty of reading material.

The issue with the 70D is ALL OVER the internet and Youtube.  Google Canon 70d focus issues and a plethora of complaints pop up. Wayyyyy too many folks complaining to be isolated cases.   I have been a Canon user since the late 1970's and was so looking forward to purchasing the 70D.

I haven't looked into it much, but based on what I've seen I don't blame you, I probably wouldn't buy one either until there was some resolution.  That said, the internet consensus was that the 6D was essentially worthless due to an allegedly useless AF system, and I find it to be a fantastic camera; so you always have to weigh the internet with a grain of salt.

As a victim of this problem, I can substantiate that it is quite real, and not overblown.  Also having a 6D in the family, I can say with conviction, that I trust the autofocus for the 6D over the 70D as it is now.  Heck, my old 1100D/T3 was more trustworthy in autofocus than the far "superior"  70D I spent 3x the money on.

As this month is booked with weddings and events, I won't be able to send it in until July, and hope that Canon fixes it by August when the weddings start up again.  Until it's fixed, I will have to go with the far less preferable (to my taste) live view, and hope that five batteries is enough during my events.

I will report back with my experience with Canon customer service, however, once the issue is or isn't resolved.

Early adopters of engineering breakthroughs frequently pay the price with inconsistent results. I think the happiest customers will be those making heavy use of the video features and for those folks the dual pixel technology really is revolutionary. 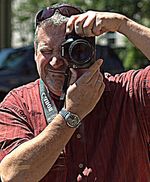 The difference between this and the 6D are not even close. The 6D people didnt like that it didin't have enough focus points and only 1 cross type.

The 70D focus problem is a camera defect that is affecting many people. Focus is all over the place, so mfa does no good. It started with a large number number of affected users in germany but has now spread all over including many in the U.S..

The biggest issue is canon cant or wont fix them. People send them in for this defect and canon makes a minor adjustment or cleans them and sends them back with the same issue.

Some have had their cameras back to canon repair 2 and 3 times. Canon cant fix them and they wont replace them either.

For full disclosure I am one of the many who have a 70D with the focus problem.

To the OP. I wouldn't get in a hurry waiting for a fix from canon. The 1D mark iii had focus issues for 2 years and 2 recalls before canon even admitted there was a problem. Let alone a fix for it.

"The issue with the 70D is ALL OVER the internet and Youtube. Google Canon 70d focus issues and a plethora of complaints pop up. Wayyyyy too many folks complaining to be isolated cases"

It's the same old story of a relatively small number of people making a lot of noise - the 7D went through the exact same thing on its release and for a long time thereafter, and yet the same camera is now being held up by some of the 70D complainers as a paragon of AF done right.

All I know is that my 70D is excellent - and there are more comments on the net to that effect than there are about its AF "problems"...