What should I upgrade to? + HELP

Whar should I upgrade to? + HELP

Hi guys, new member here. I currently own a Canon T6S (760D) and I mainly shoot aviation photography. I feel like I have outgrown the T6S and am thinking about selling it and purchasing a new camera. I would like to know if anyone has any recommendations on what camera body I should upgrade to. I want it to be reasonably “cheap”, under 1,000 dollars.

Also. I have read other peoples threads about what they’re upgrading to, and have seen people with the same camera as mine (T6S) getting recommended a camera with less megapixels.
Now I know this isn’t the best thing for me to ask about.. because it makes me sound very inexperienced, but why are people recommending cameras with less megapixels to people who already have more megapixels? For example, a downgrade from 24MP to 20MP. I hope I don’t sound too dumb, but what are the perks to this? Is more megapixels not good?

These are my lenses:

Thanks for the help, looking forward to the replies.

There isn’t much you can do. Depending on the SD cards you still have you could buy a higher speed card, but then the camera would become limiting. And that assumes that the cards you have are limiting (which they may not be). If your current cards are UDMA 7 rated then they are equal to exceeding camera capability.

I am just using basic SanDisk 130 MB/S cards, is there a card I could try out to see peak performance on my T6S?

Don't continuously shoot. Why have 20 shots that all look the same? Choose several points where you get the best shot and take it there.

If you really want continuous, and you don't do much editing, shoot JPEG and shoot all day.

Well.. I don’t always continuously shoot, but as I can see you are an aviation photographer (or have Atleast taken some aviation photos) here’s an example

(I only continuously shoot on fast jets normally)

In January there were F-35’s at my local airport. I caught them taking off and they did a cool sharp bank/turn out like the Nellis flex departure.

The F-35s we’re going fast on takeoff obviously, and they only began to turn into my direction when they were equal to my side/straight infront of my side. I was continuously shooting because it’s a fast jet, but by the time the jet began its turn I was shooting 1.40FPS because my buffer was full, and thus I missed a lot of angles of the plane turning. I got about 2 good shots of it turning out, the others were taken just seconds before the jet started its turn (prior to my buffer being full and my camera slowing down to 1.40FPS from 5FPS)

I normally time my continuously shooting really well, but sometimes like this time I just want to hold it down.

Here’s an example of the departure they did, and one of my few good photos of it (image downsized 1200px) 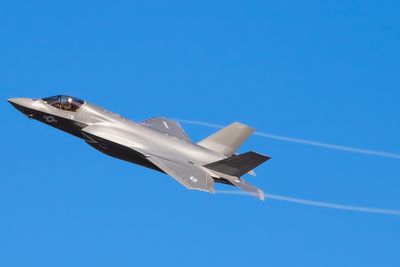 Yes. I have been on the Nellis filightline many times. I actually got kicked off because I was taking photos at the golf course at the south end of the runway.

My T6S has worked fine getting shots of jets at Nellis taking off from the flightline, various airshows and the Thunderbirds practicing. 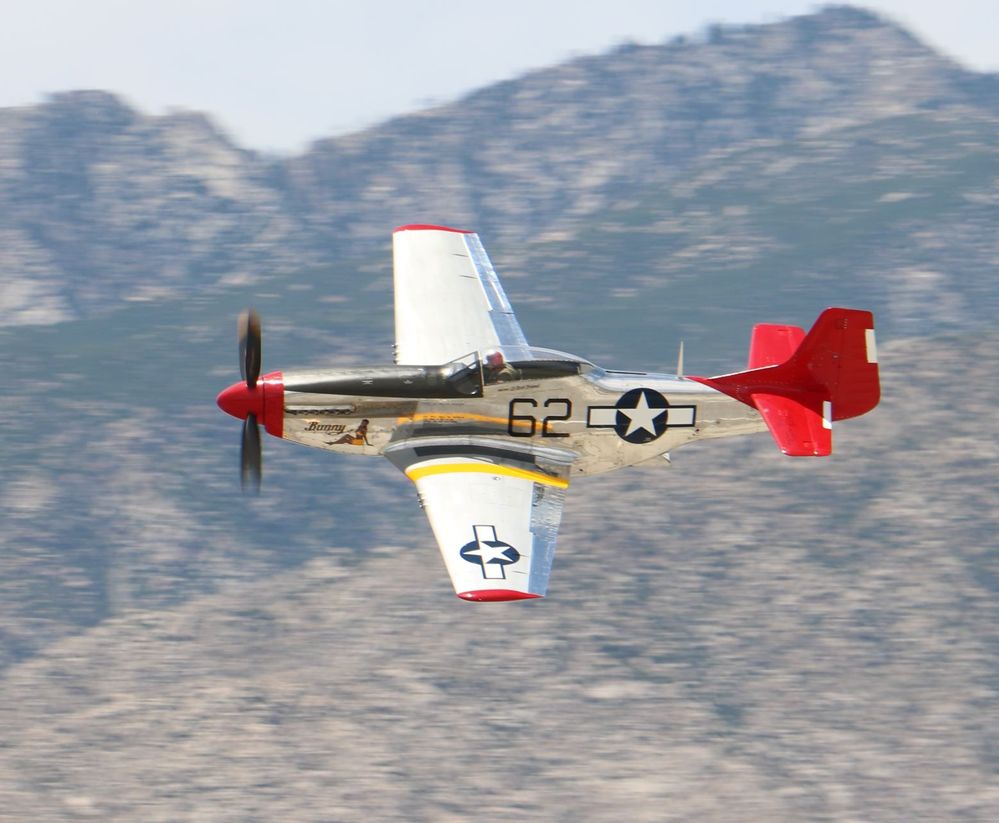 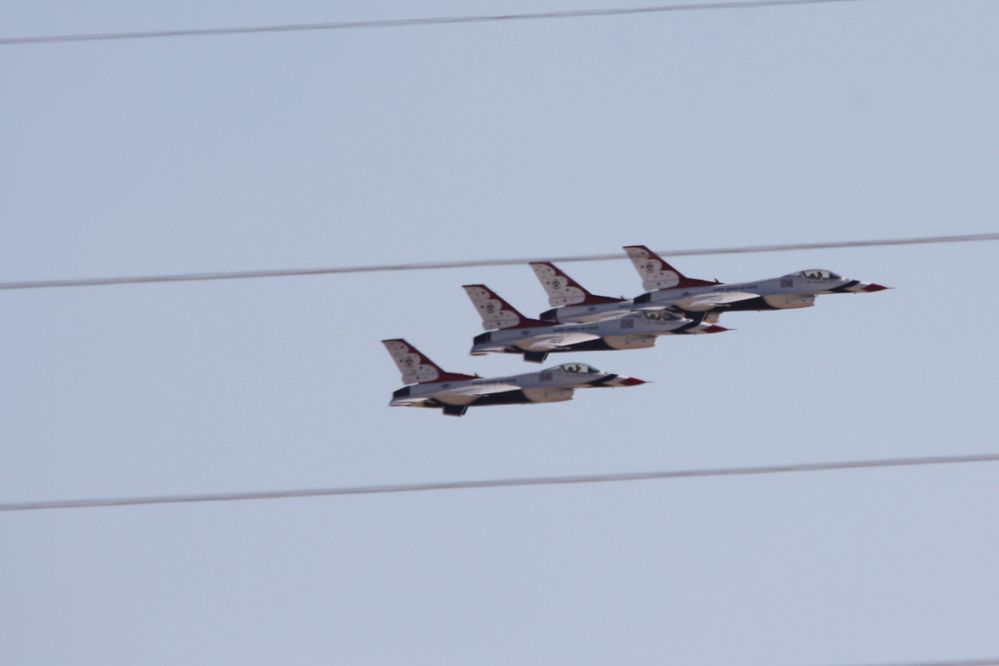 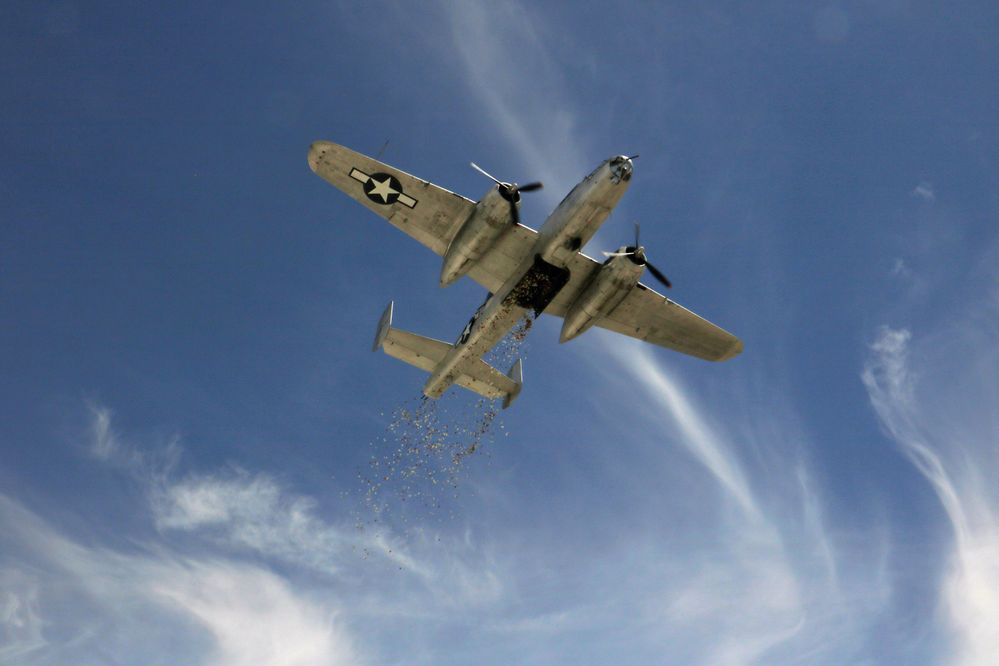 I might suggest a better lens instead of camera. I used a Sigma 150-600mm for this shot. The good thing is if the better lens doesn't improve what you seek it will still be a nice upgrade to a newer camera. Almost can't go wrong with better glass. 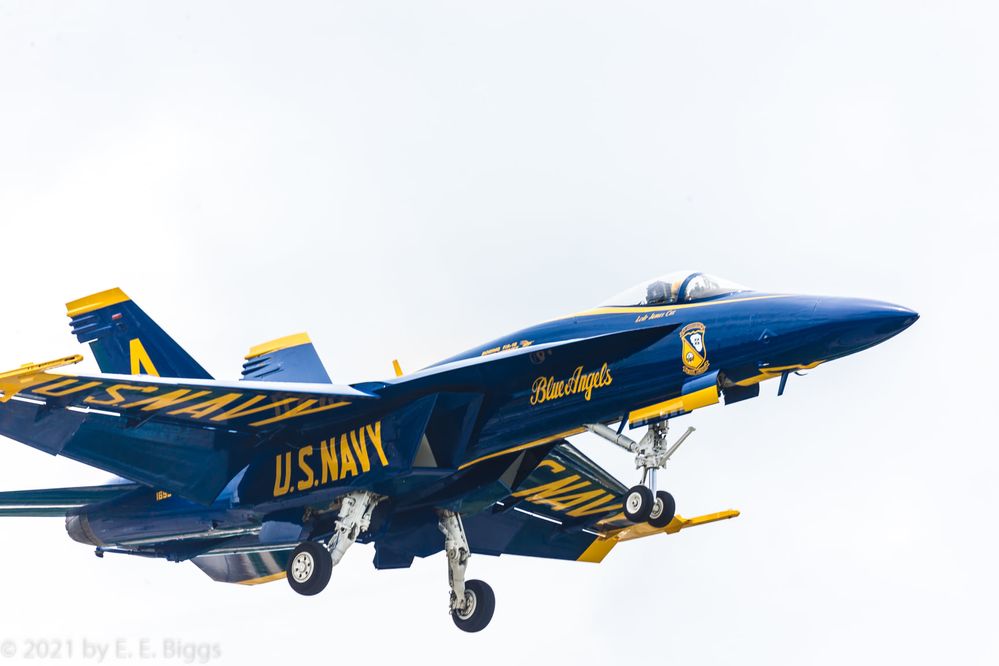 This was a hand held shot using the big Siggy lens.

"Don't continuously shoot. Why have 20 shots that all look the same?'

Actually I was wondering that myself. I don't see continuous shooting being necessary in this case. My finger is pretty fast if need be! 😁