I recently inherited my Dad's Canon EOS250D digital camera. From what I understand, this camera is only a year old and it looks like it's in great shape. While I have a strong interest in learning photography I have NEVER really used a digital camera other than the one that's a part of my smartphone, so please excuse my ignorance.

Before I actually start using this EOS250D camera, I wanted to get it cleaned and "tuned up". I took it to my local Canon camera store and they said that they can't/won't do the repair/maintenance work. Reason being, they said it's the European/Asian model. I don't understand. Are not all Canon's the same across the world?

How can I get this EOS250D cleaned? And, once I do get it cleaned, how often should I clean it? I want to keep in working perfectly?

Please explain in the simplest of terms since I know nothing about cameras...yet. But, I plan to. 🙂 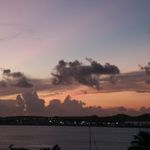 A 3rd party shop can repair the camera in the U.S. If you can get the camera to the EU that works too.

Canon's lower end cameras go by different names in different parts of the world. In North America that camera is called the Canon EOS Rebel SL3, In the EU its called the Canon EOS 250D, in Japan its called the Canon EOS Kiss X10i. Then in Australia and New Zealand its called the Canon EOS 200D Mark II. The simple answer would be no. The cameras could be using different electronic components. That may NOT be available in your country. So Canon CAN REFUSE to repair your camera. They may NOT be able to guarantee their high repair standards. You can take it to an independent repair shop if you want it cleaned. If you buy a product meant for a different country its considered Gray Market. Meaning it was NOT intended to sell in your region. But its an equivalent to another camera model that Canon has in your region. IF you buy a camera or lens purchase it from a Canon Authorized Dealer. In your country. In the U.S. B&H Photo, Adorama and KEH Camera also a local camera store that is Authorized to sell Canon gear. Also if you look at Amazon make sure it says "Sold and Shipped by Amazon". If NOT it could be Gray Market.

Thanks Demetrius...since I inherited the D250 from my Dad, where in the US do I get it maintained? Since I live in Reno, NV (in the US), I am able to take this camera to the UK for maintanence. However, if necessary, I am willing to shipping to it anywhere in the US for repairs or maintenance, as needed. But, I don't feel "comfortable" shipping it overseas (the UK, Germany, Japan, Australia, etc.).

Is there ANYONE ANYWHERE IN THE US who will work on the Canon EOS D250?

A 3rd party shop can repair the camera in the U.S. If you can get the camera to the EU that works too.

"I wanted to get it cleaned and "tuned up"."

What do you mean by that statement? Beyond cleaning the sensor there isn't really a lot a DSLR needs if the electronics work correctly. Any camera shop can do that it's not rocket science even you can do it with proper instructions. Wipe off the outside surface with a microfiber cloth with a small amount of Windex.

I have found this helpful: https://www.cambridgeincolour.com/tutorials.htm

Since this EOS 250D camera had not been used in about six months since my Dad's death, it had just been sitting around. No use whatsoever. I "assumed" it may have needed the internally parts cleaned of dust and debris. If so, how often (every year, every five years???) does this routine need to be performed? With all the moving intricate parts of a camera, I thought it would be necessary to clean it from time to time...like a watch. My local Canon dealer said that since this camera was made in the UK, it is not covered by warranty/repair work that may be necessary now or in the future in the US.

If, and/or when, I need it repaired where do I need to get that work done?

"Canon camera store and they said that they can't/won't do the repair/maintenance work. Reason being, they said it's the European/Asian model. I don't understand. Are not all Canon's the same across the world?"

There is no difference between a gray market camera and a manufacturer-imported camera. Both are made in the same factory, both went through the same manufacturer processes and tolerances. The only difference is the targeted market, name plates, manuals, and accessories. etc. Wrong power cord for the US or adapter not designed for use in the US. The biggest reason is, the seller is not controlled by Canon USA which means the consumer is not protected. A seller can do as they see fit which is usually not a good thing. This is usually where you get the sad stories from people getting taken by unscrupulous retailers. Lastly it does not support the fantastic Canon USA support team!

Rather than listen to your local shop, which sometimes just means they are authorized to sell Canon equipment,  not that they are necessarily particularly knowledgeable, contact Canon service team directly and talk with them.