Apparently Canon has scrubbed firmware update files from their websites for products that are no longer supported.

does anyone here have it?

I wouldn't try upgrading the firmware if your camera is not working properly. Firmware doesn't fix a broken camera, and if you try, you could make things worse.

I would only do it as a last resort if I was prepared to junk the camera rather than fix it. 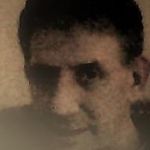 Peter, could you PM me as well?  I have the same problem.  I am using my old 40D for astrophotography and can't format a 128GB card.  Apparently "updated" firmware will fix this.

I don't know why people see FW re-installation as a camera fix.  Most of the time people don't even know a camera has FW until somebody says so.  That person probably doesn't understand the purpose of upgrading FW. A lot of the time a new FW only adds a new language.  Something most of us don't need. Sometimes it adds a new lens but if you don't have that lens nor intend to buy one it also dosen't help you. You really need to read exactly what the updated FW does.

Like said, one thing it doesn't do is repair a broken camera. If you think that is the direction you need to go a total reset to factory default is the best option.

A proper Firmware update can indeed fix a lot of issues for lots of different products that rely on computerized components, depending on what is in the update.  I couldn't tell you how many times I have resurrected a motherboard, laptop, docking station, (and even cameras) with the right firmware update.

A total reset to factory default was the first thing I tried and this did not solve the issue I was having.  In my research, I have heard multiple mentions that the autofocus problem I am experiencing was fairly common and was hoping that the firmware updates that had been released after the camera launched may have addressed this issue.  The challenge was finding the actual update file because Canon in it's infinite wisdom decided that they would remove it from their website years after it was released becuase that model wasn't supported anymore.

Basically, what I have right now is a DSLR that works more like an old film camera in that I will have to always use manual focus, which isn't what I'm looking for in a DSLR.  I'm trying everything I can to fix this before investing in a new camera.

I pretty much disagree with your feelings but you need to do what you see as best.  Just make sure you read what the FW update does.  I guarantee it will not fix a broken camera. Plus if done incorrectly because the camera is faulty, the new FW can brick the camera. Then only Canon can revive it.

You are correct that some FW updates have bug swats in them. So if that is the problem you are having, all won't have the problem, you need the update.  And that is exactly what and why there is FW updates. Again, just make sure you read what the FW update does.  Because if your issue is not addressed in it, it won't fix your camera's problem.

The 40D 1.1.1 firmware has nothing that will fix your AF problem.

Well I  need to. try but thank you anyway..