What is Canon EF 400mm f/4 DO IS USM used for? Any good for birds photography?

Can someone please let me know what Canon EF 400mm f/4 DO IS USM is used for? Can it be used for Birds and Wildlife Photography?

The DO (defractive optics) lens are Canon's method of providing decent telephoto lens that are smaller and less expensive than their traditional lens.  The tradeoffs are sharpness and contrast compared to the traditional fast primes.  I have EF 200 f2, EF 300 f2.8, and EF 400 f2.8 and the images from these are incredibly sharp.. They are better than my 70-200 f2.8 which is a great lens but it isn't surprising that given that the compromises needed to make a zoom lens that the high end primes are going to be better.  I use the 70-200 f2.8 often and it is almost always on my second body at sports events with either the 300 or 400 f2.8 on the main body.

All three of these primes take the 1.4X beautifully because there base sharpness and contrast is so good and the 2X is quite usable producing very nice images BUT when you compare these to the bare lens then the 2X doesn't look so good.  Basically the 2X on one of these fast primes turns an incredbile lens into just a very good lens.

The tradeoffs are the 300 and 400 fast primes are very heavy and very expensive.  I often shoot with both handheld but many people consider them too heavy needing at least a monopod so if you are thinking handheld be aware of the weight.  They balance quite well with a 1 series body and after I added a battery grip to my 5DS R it isn't bad but it doesn't feel like it does on the 1DX bodies.  AF speed also varies by body and the 1 series AF system and larger capacity battery will achieve faster AF with a lot of lenses compared to the 5, 6, and 7 series bodies but the 300 f2.8 is always going to be faster than a lens with a converter that slightly slows AF speed both due to the converter and the loss of a stop.

I tried a EF 400 DO and I wasn't really happy with the image quality, although the 400 f5.6 I bought with my first 1 series back in 2005 is a stop slower I really think it produces better quality images than the 400 DO and I would take it over the DO IF you feel comfortable working with f5.6 (and the 400 f5.6 is very good at its wide open aperture setting and also takes the 1.4X well if f8 will work for your shooting and your camera body). 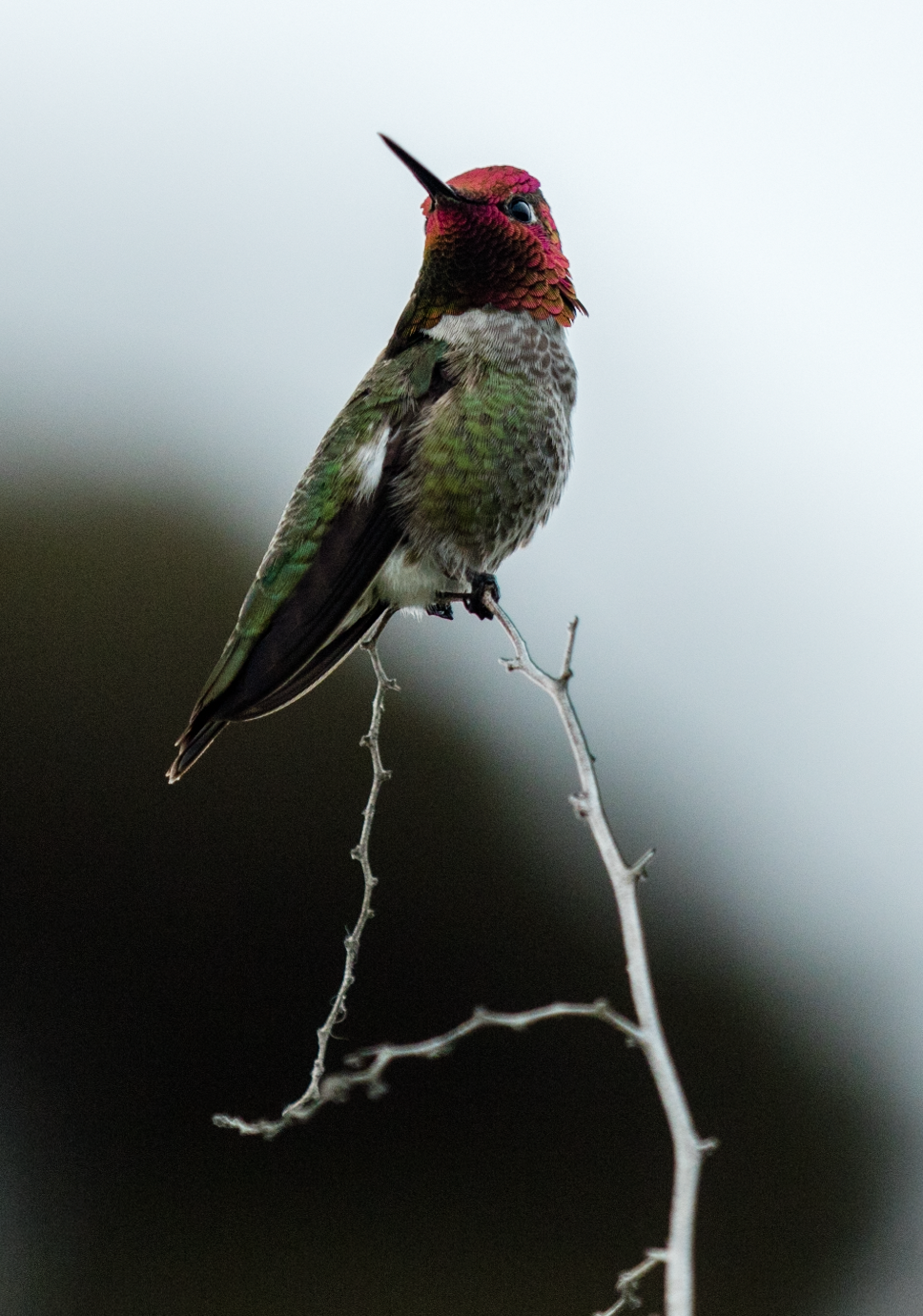 This is viewed at a 1:3 ratio of the original with a 2x converter. 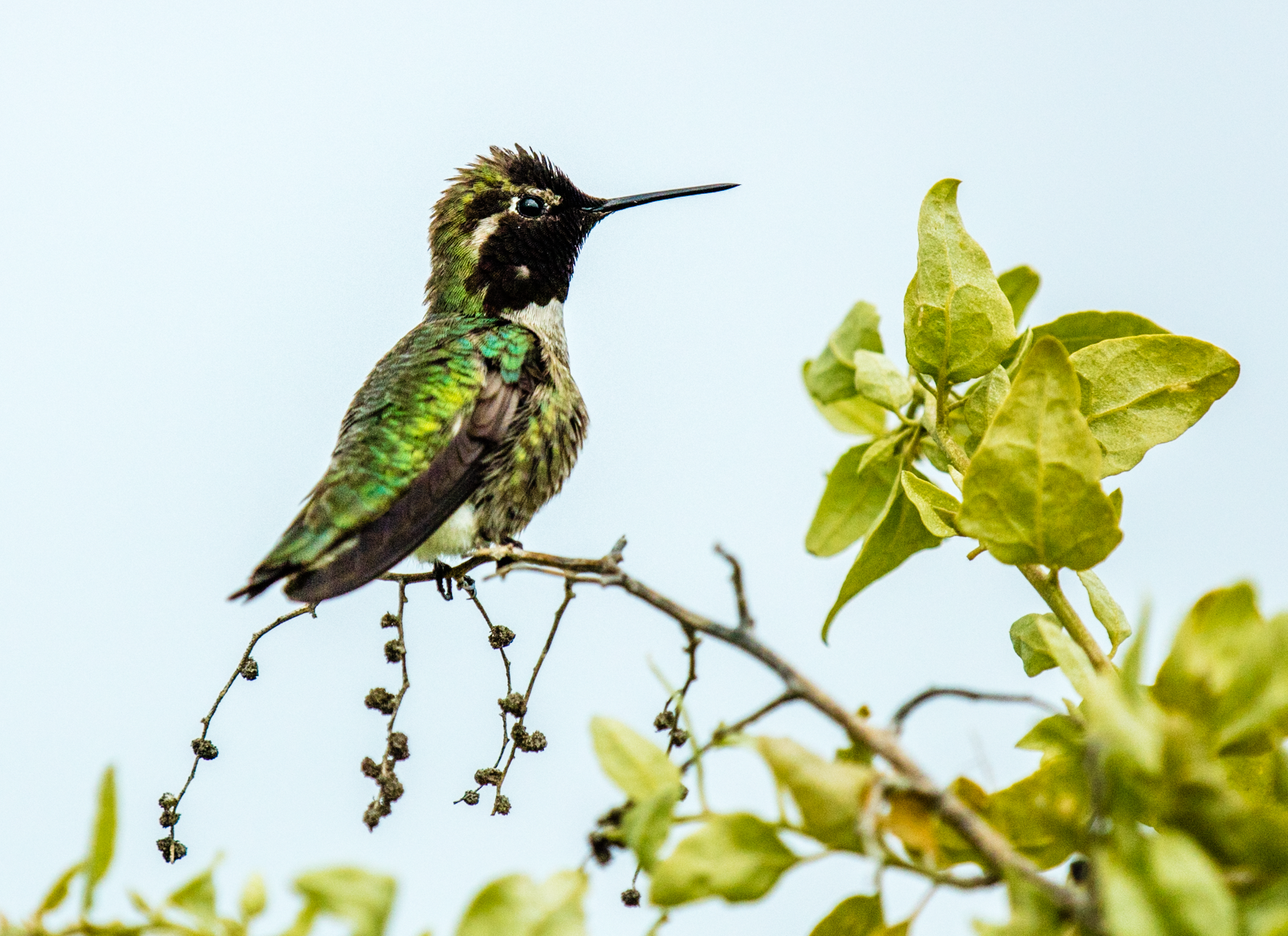 Always a critic in the audience, back off on the saturation and the clarity slider. Less is more.

I did it on purpose to help see the sharpness of the photos. Thanks

Adding additional optical elements to a lens via a teleconverter is always going to reduce the IQ and the question is whether the end results are suitable for you.  In sports, even the 2X can work well when paired with the great white primes because you aren't trying to pick out individual nose hairs of the player but in other situations you might want that level of resolution.

The final image is also from the 400 + 2X on the 1DX III but now most of the image sensor is being used and a 1920x1080 pixel file is created by down sampling (rotate the image 90 degrees in your image viewer if  you wish to fit a standard 1920x1080 pixel resolution monitor for comparison to the previous 3 images). The 2X works fine for this setup / composition.  The 300 f2.8 responds pretty much exactly like the 400 f2.8 to 1.4x and 2X converters. 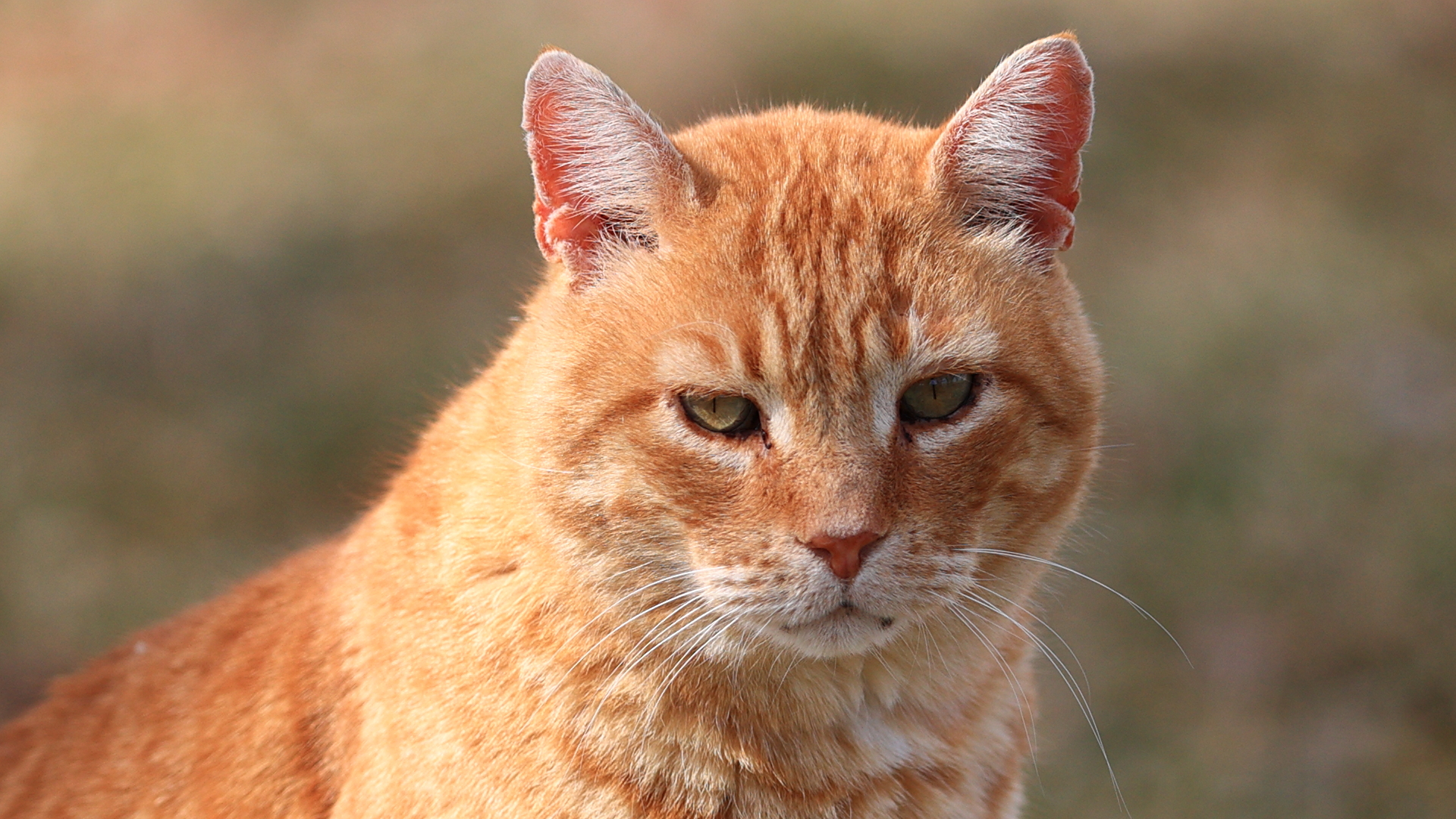 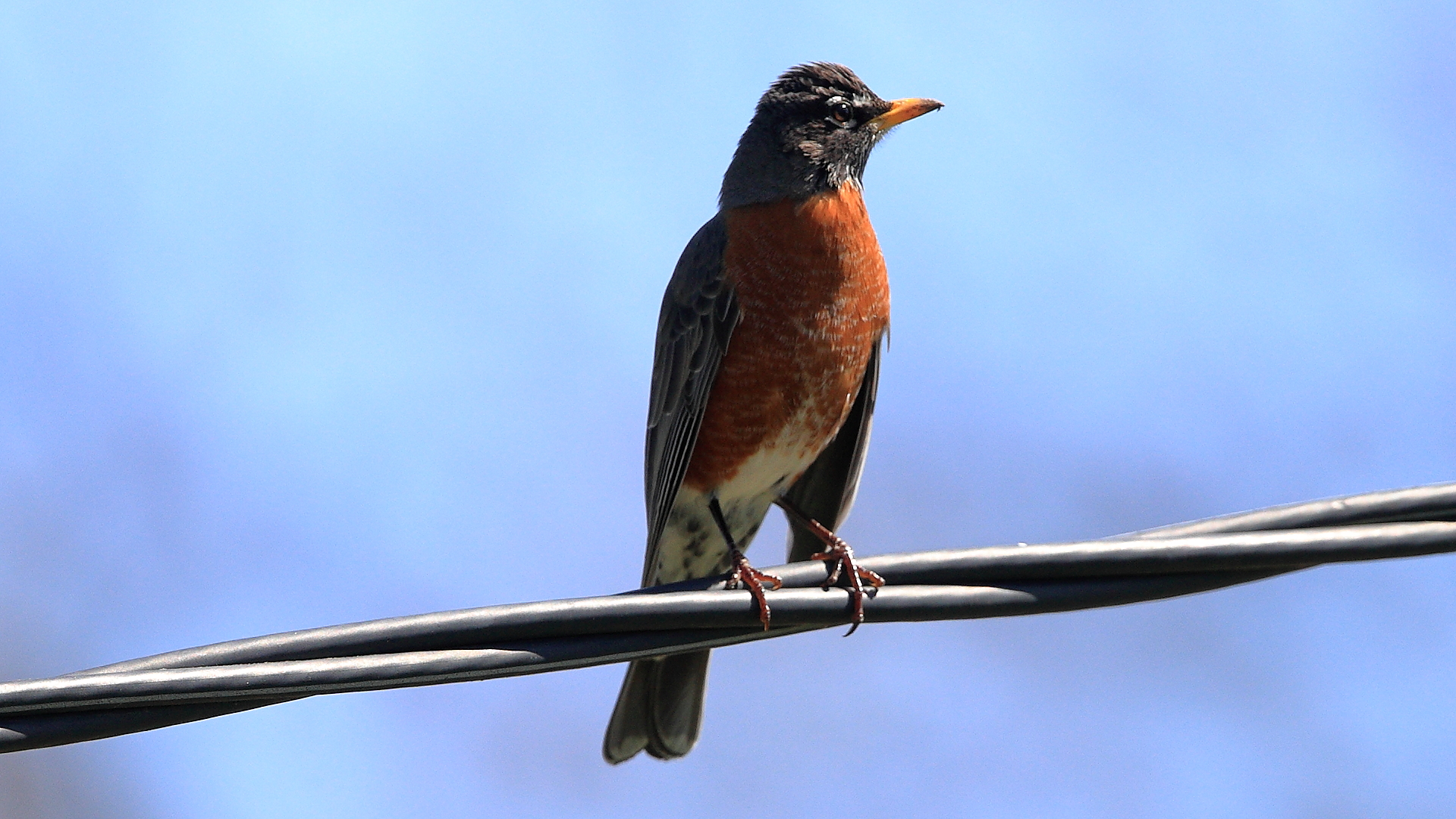 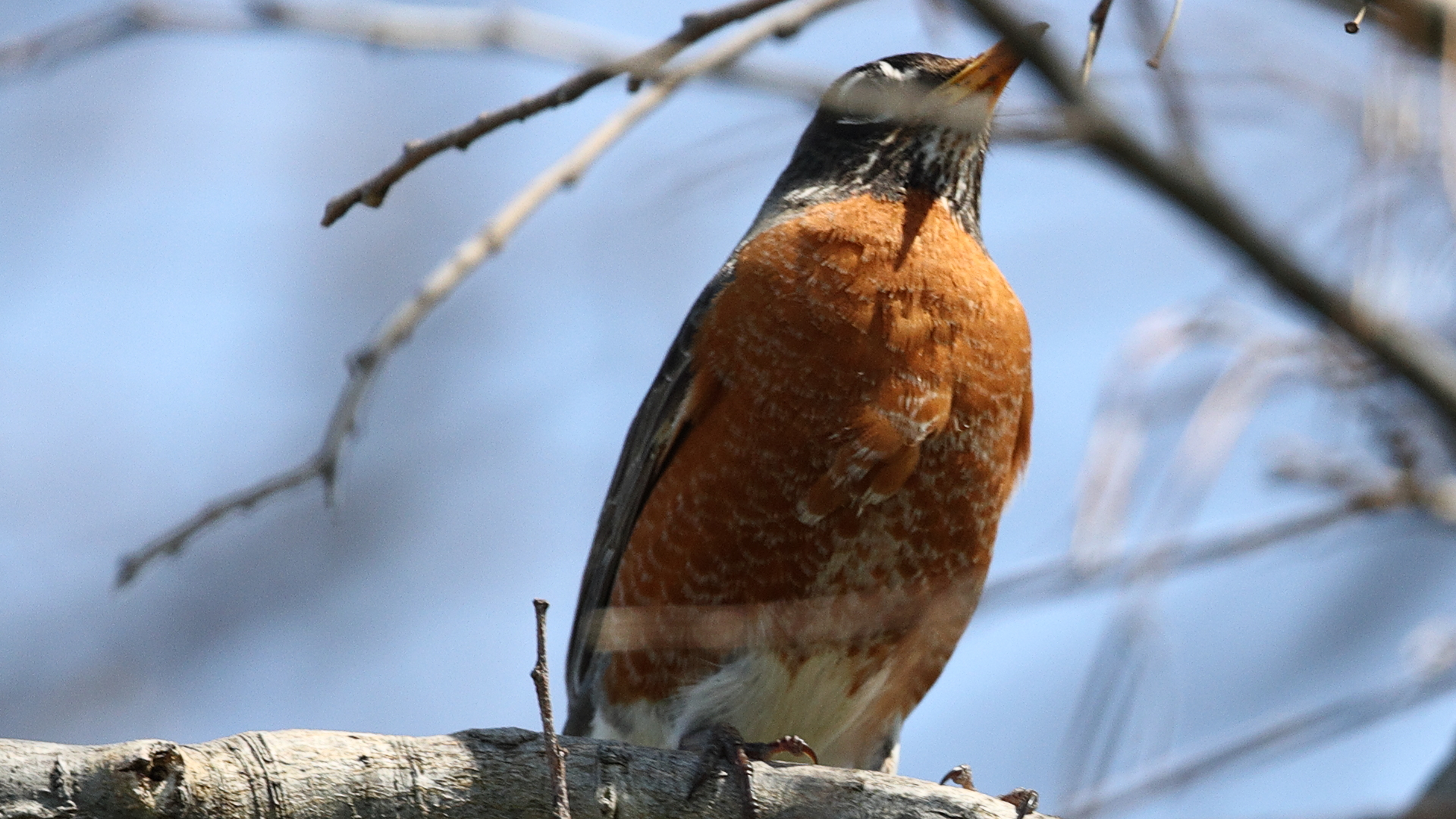 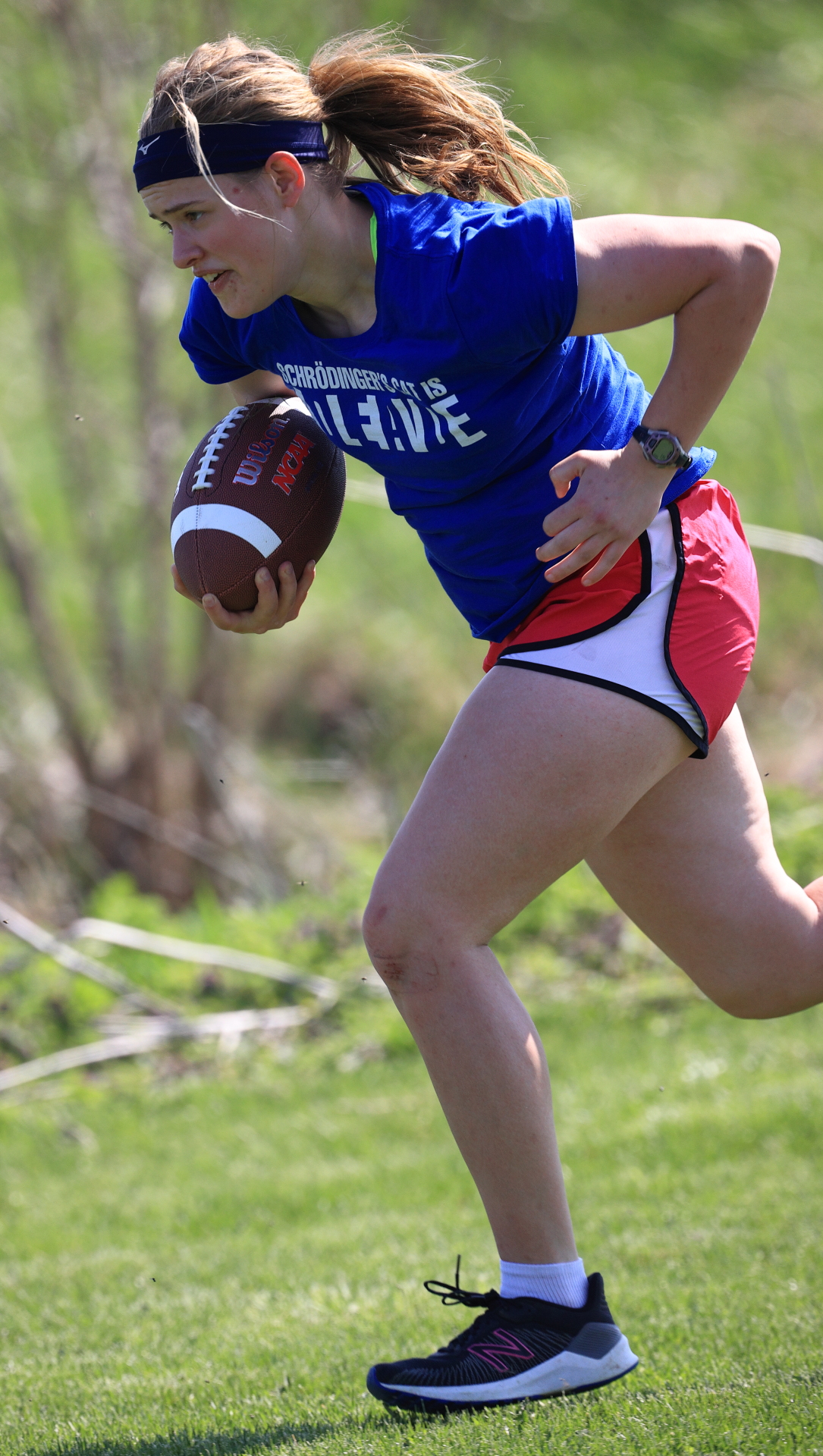 The first and second photos are very sharp. The 3rd is somewhat hard to tell, mostly because the branch cut across the bird's face, making it rather distracting. In the final image, I can't tell if it's sharp or not. Do you recall the focus point? You can easily read the prints on the shirt and on the ball, however, you could see the legs are soft, and part of the grass is blurry. Nice photo though.

In short, would you recommend getting the 400mm f2.8? I might try to pair it with a 1.4 converter later.

The first and second photos are very sharp. The 3rd is somewhat hard to tell, mostly because the branch cut across the bird's face, making it rather distracting. In the final image, I can't tell if it's sharp or not. Do you recall the focus point? You can easily read the prints on the shirt and on the ball, however, you could see the legs are soft, and part of the grass is blurry. Nice photo though.

In short, would you recommend getting the 400mm f2.8? I might try to pair it with a 1.4 converter later.

I think the 3rd photo is probably suffering from the extremely narrow DoF at close distances and long focal lengths.  The DoF is probably significantly less than one inch.  Such is a shot that is best taken with some type of camera support. 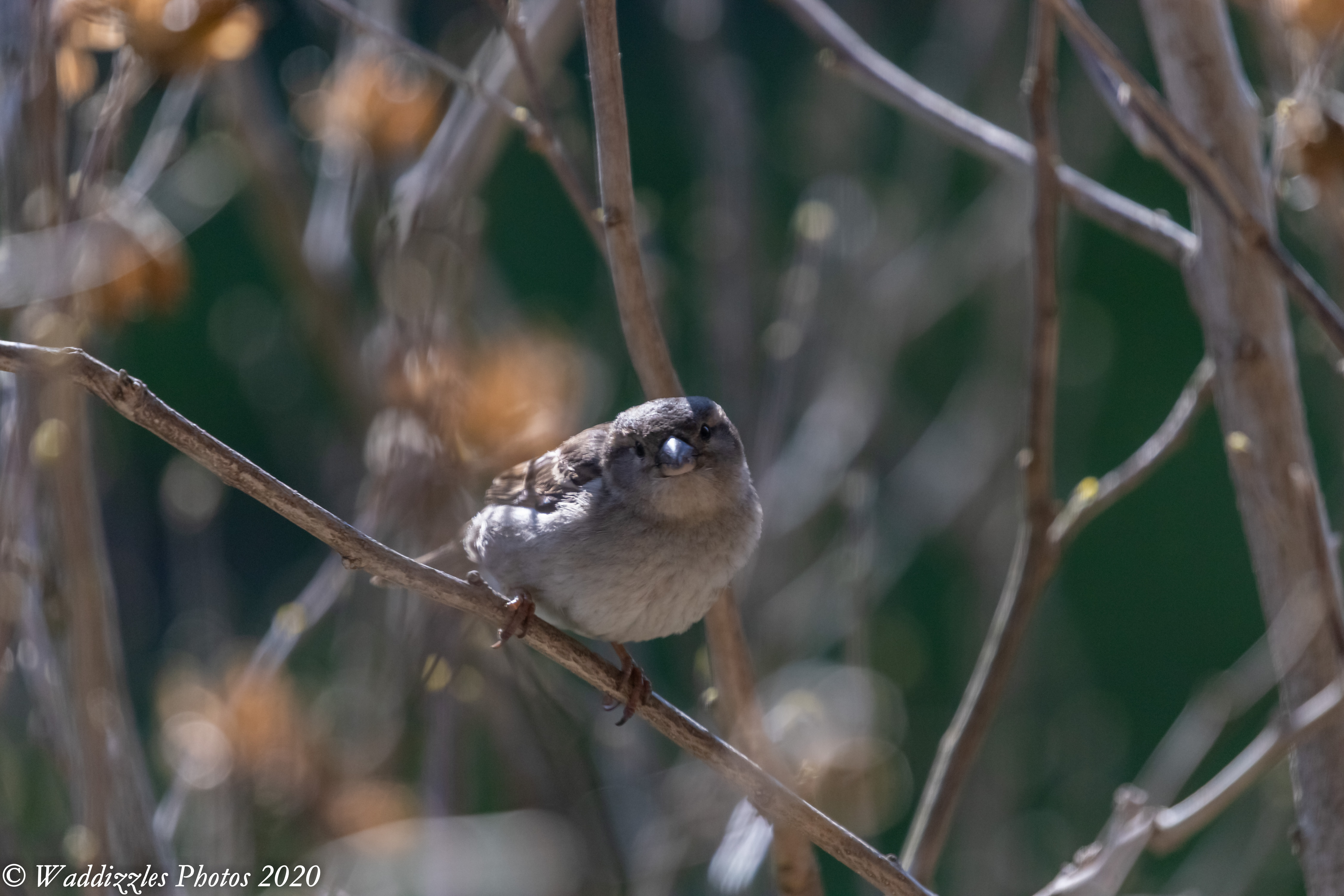 I have been trying to photograph small birds on small branches swaying in the breezes.  I have been using a hi-hat sitting on a table, and shooting through a window between the curtains.  They go in and out of focus just sitting there.  I'm shooting at 400mm to 600mm at an average distance of about 12-15 feet, using both full frame and APS-C sensors.

I think the limits of DoF are evident in the final shot, too.  However, the eye is drawn to the player's face, and the looming action to come.  It is a great shot, IMHO.  All of them are.

As Wadizzle noted, the depth of field is VERY shallow with the 400 plus 2X combination, especially if you are reasonably close so only a shallow plane will be in critical focus unless you step the lens way down.  These were all shot at the maximum available aperture.

Here are two more that may help you decide, basically the 2X works quite well when you can fill up much of the frame but not as well when you have to crop severely.  Both of the following two are full frame shots down sampled to fit within the website requirements and are in the mid 4 MB file size range.  Focus point on the first is on the upper shoulder of the cat and the second is on the throwing shoulder.  The second photo makes depth of field limitation very obvious because at the shutter speed used (1/1600) the "blur" of the ball is due to OoF from limited DoF and not motion blur.

The 200, 300, and 400 fast white primes are as sharp as anything Canon makes and I really like all three of them a lot.  The 400 2.8 produces beautiful results but it is expensive and heavy.  Normally I don't suggest renting glass but the 400 is expensive and heavy and it might be a good idea to do a one week rental to see if it is something that you really want to use.  I believe that the big rental places have an option to apply the rent against purchase price so check on that if you decide to rent.  Canon also makes glass available for evaluation through CPS although for the most expensive glass it may be limited based upon your membership level as to availability.  I love my EF 400 f2.8 but it isn't for everyone and at its price level you want to be sure before you buy.  And on edit:  I evaluated the 200-400 "extender" from Canon and I did like it but it just isn't quite as sharp as their primes so I went with the less versativle 400 instead.  There are times when I wish I had gone with the 200-400 instead but it just doesn't quite produce the same "magic" as the 400 prime and the 1 stop difference is important at the high school football level with its very poorly lit fields.  Had I just been shooting daytime soccer I likely would have gone with the more versatile 200-400 which is in the same price range as the fast 400 prime.

As a final thought, the 300 f2.8 is also an incredible lens and it is considerably lighter and less expensive.  It makes an excellent 420 f4 and a very good 600 f5.6.  Some feel that it is a tad sharper glass than the 400 f2.8 but I really think any difference between the two comes down to how well it is calibrated to the camera along with shot to shot variance.  As Canon instructs you as part of micro focus adjustment, you want to do the adjustment using similar conditions to how you will shoot.  With most glass, that isn't as critical but with a long fast prime plus an extender it will show up in your results. 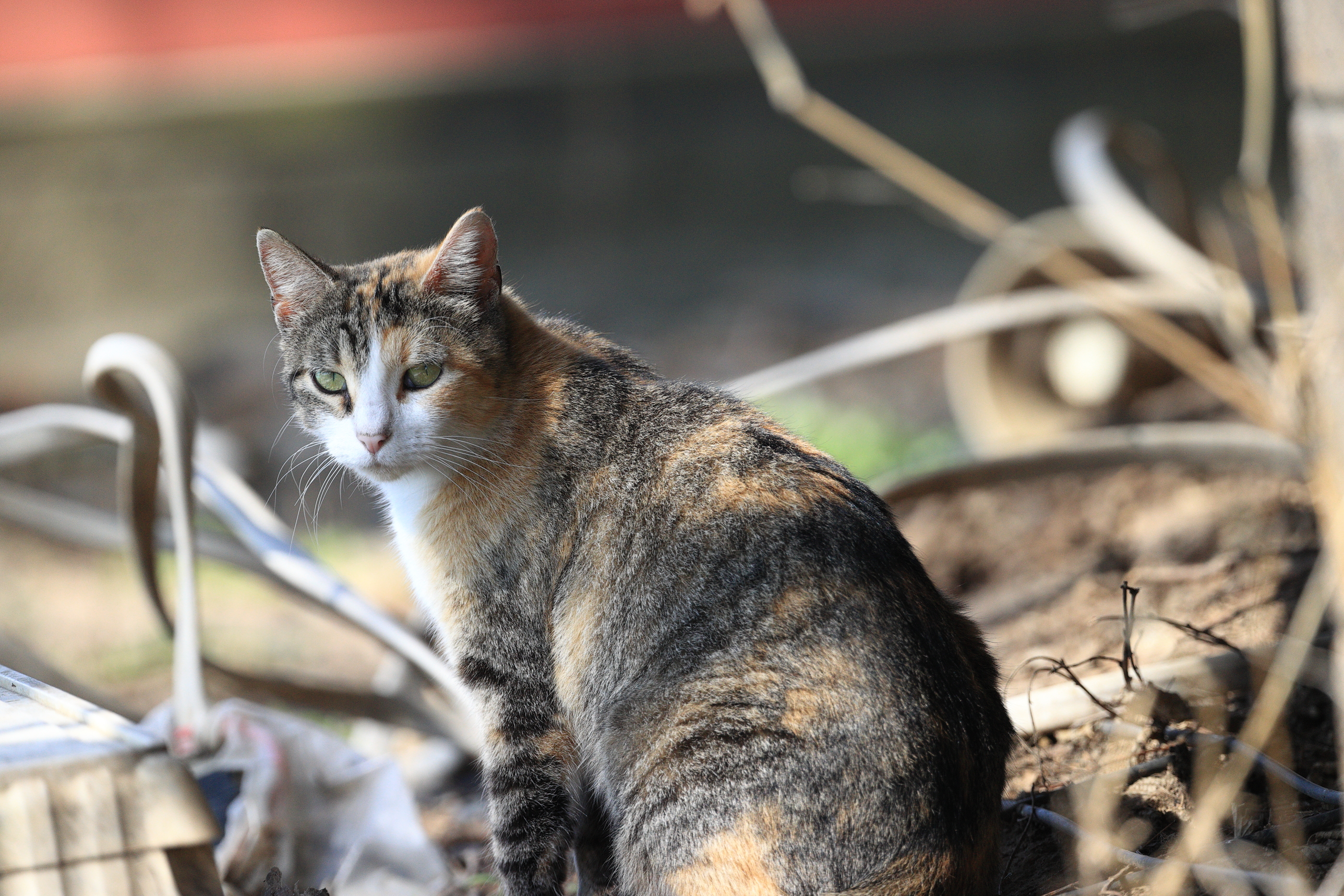 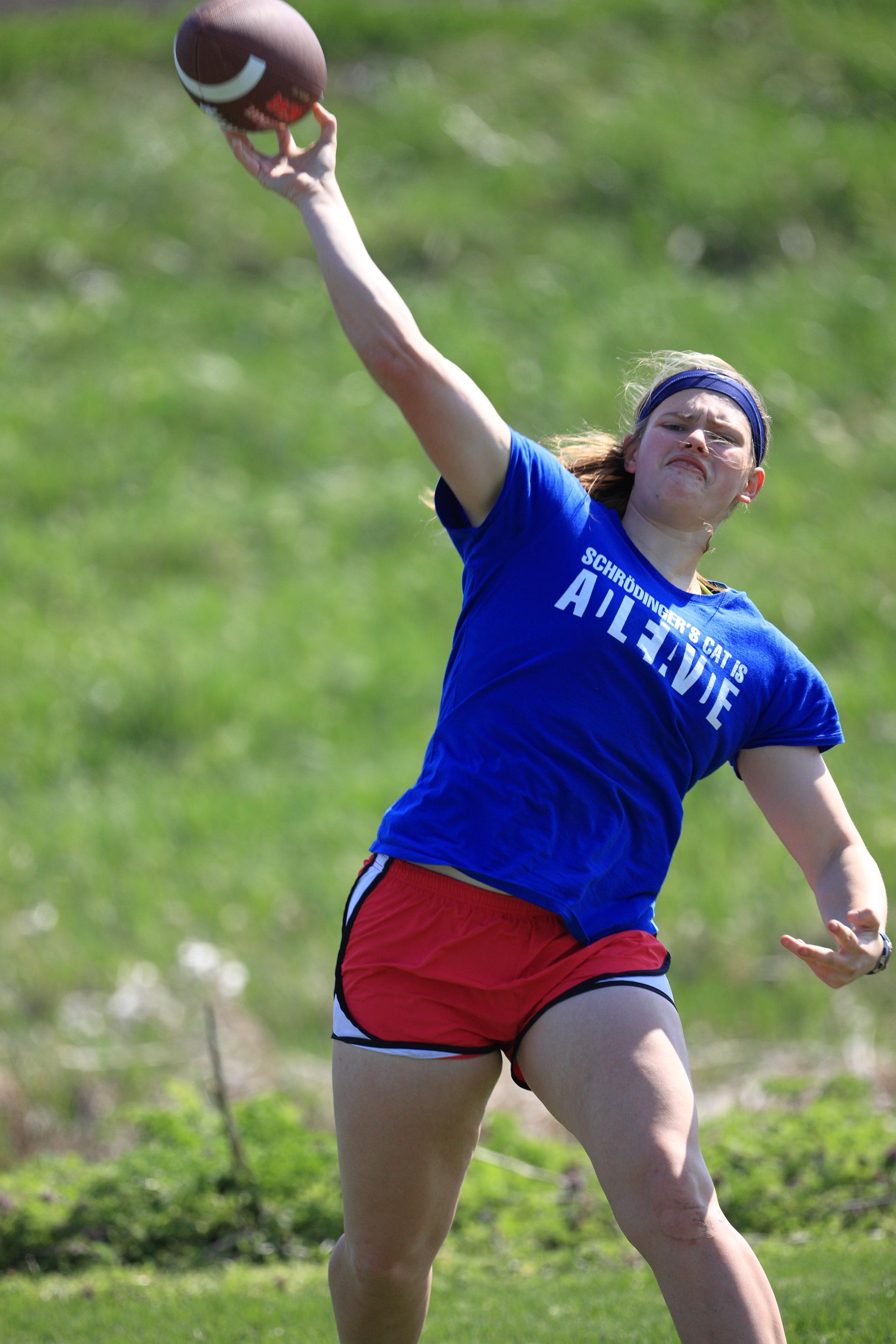 Would you buy these lenses used?