Hello Everyone, it’s my first time on the forum, I recently dropped my 70-200 ii (heart shattering sound) and got a dent on the lower ring where the lens mount is with contact prongs. I have been researching but I can’t seem to find the name of the part.  please let me know if anyone is familiar. 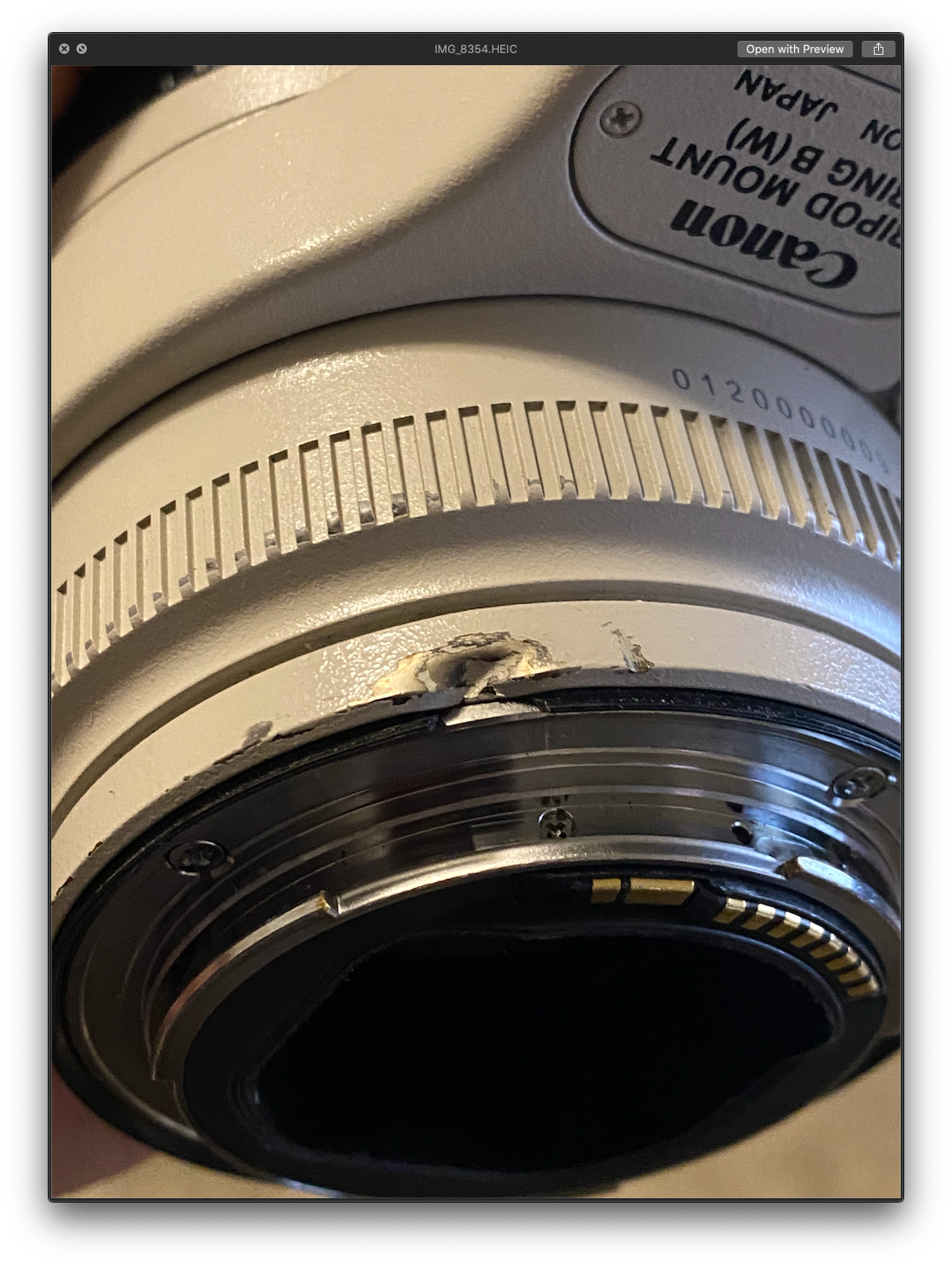 I see more than one "bad" part.  The rubber grommet is compromised, too.  That is a job for the repair center.  Any bump severe enough to do that to a lens may caused internal damage, too.  LIke alignment damage.

I see more than one "bad" part.  The rubber grommet is compromised, too.  That is a job for the repair center.  Any bump severe enough to do that to a lens may caused internal damage, too.  LIke alignment damage.

I agree with this recommednation.

Take the advice to send your lens in to Canon for service.  Even if you are able to replace the parts you can not do two things.  You can't check it for internal damage and you can't realign the elements. This is not a DIY project.

You can make it look cosmetically OK but that is a nice lens and worth spending the money on to have it fixed correctly.

I do some very in-depth electronic repairs including board level repair of multilayer SMD PC boards with circuitry far more complex than what is in my 1 series Canons.  But there is no way I would go into an expensive lens that was dropped hard enough to do that level of damage because I don't have the optical measurement equipment or experience to do a job like that correctly. Just like an hard hit to an automobile, there is often hidden damage that will show up later at the most inopportune time.

There are a lot of DIY jobs and if it was just a paint scratch or a torn weather seal gasket, it would be fine for home repair.  But you own one of the best and most versatile L series lenses and it should be brought back to factory spec if doable in an economically feasible fashion.