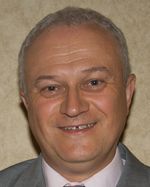 I own an original 430EX Speedlite (not the -II or the -III) and need a replacement hot shoe bracket for it. The locking pin no longer extends down when rotating the locking mechanism. I can find a bunch of replacements for the -II and -III but nothing online for the orginal model. Any ideas on where these can be purchased from? Thanks!

The locater pin in these is VERY lightly spring loaded when the locking mechanism is rotated to the secure position.  So if there is any buildup at all on the sides of the pin it won't emerge.  You could try rotating the ring to its secure position and then try to use a pair of tweezers to coax the pin to emerge and clean it with a Q tip or similar moistened in WD-40 (WD-40 is a light distillate of petroleum which makes a good all-purpose cleaner and the light oil it leaves behind may help a stuck pin stay free).

I still have the original 430 and 580 EX flashes I bought with my 1D M2 back in 2005 and if a butterfly could land on that pin, its weight would be enough to push the pin back into the housing.  The spring load is extremely light.

I see the spring you are talking about. The weird thing is, the pin is moving - it just doesn't penetrate the top of the shoe. It's acting as if the pin is misaligned inside of the mechanism. When retracted, the pin actually extends through the bottom of the mechanism by all of the wires. I would think that it should just be flush at that point. I may just have to unsolder all of those wires so that I can take the mechanism apart to try to get it all realigned. UGH!

I still wonder why it's so hard to find a replacement bracket?

I think Canon (and most makers) consider flashes to be largely disposable once they are more than a few years old because the parts cost will be more than the flash would sell for used.  For something like this, either repairing the defective piece or finding a parts donor are your choices.

When my 580EX was about a year old the mount didn't survive a trip but I was able to find the part inexpensively, ebay if I recall correctly but that was about 10 years ago.

I just checked my 430EX and with the locking ring fully locked open the pin is just shy of flush and becomes flush with the plate within 10 degrees of ring rotation and protrudes within 25 degrees of rotation.  I don't believe there is any electrical connection with that pin and it just serves as a locator so that the electrical contacts, which don't have a large margin for error, are within acceptable mating tolerance when attached to the camera.

The good news is that I fixed it this afternoon. After unsoldering all of the wires from the pins, so that I could remove the ring and hot shoe assembly from the bracket, I discovered that somehow the little locking pin got out of sync with the locking ring. It was not indexed properly. After re-indexing it and putting it all back together, it now works like new. Don't ask how it got out of sync.

In anycase, the repair only took about a half hour and the flash now locks nice and tight to the camera. Yay!!! Thanks for the help!

(Based on your ID, it looks like you are a ham?)

Congratulations on fixing it!  You saved yourself some money and did more for the environment (keeping an otherwise functional piece of gear out of the landfill) than a room full of the new energy efficient but poorly built appliances that end up in 5 years as being no longer economically feasible to repair.

I am a ham, WQ9E.  Due to issues with Microsoft email corrupting a former account I now use wq9nsc as part of an email address which also became my user ID on some sites.   It is a combination of my current call and my original novice call from 1975 back in Mississippi which was WN5NSC (which had a far more rhythmic sound in Morse code than my current call) 🙂