This play wasn't my favorite because it set up the go ahead score on the 3 yard line for the opposing team as time was running out but it was a nice catch by the purple team (simultaneous catch goes to the offensive player).

Field lighting was the worst I have ever seen in HS football with different color temperatures across the field of play and not much light even in midfield with really dark end zones.  There is also no track around the field with only about 4 feet of area from the field boundary marker to the fence and three feet from the goal post to the end fence, I had to jump onto the field at one point to avoid a pass play that went out of bounds because there was nowhere else to go. The laughing official told me the QB must have thought I was an eligible receiver on that play because the pass went where I was on the sideline 🙂 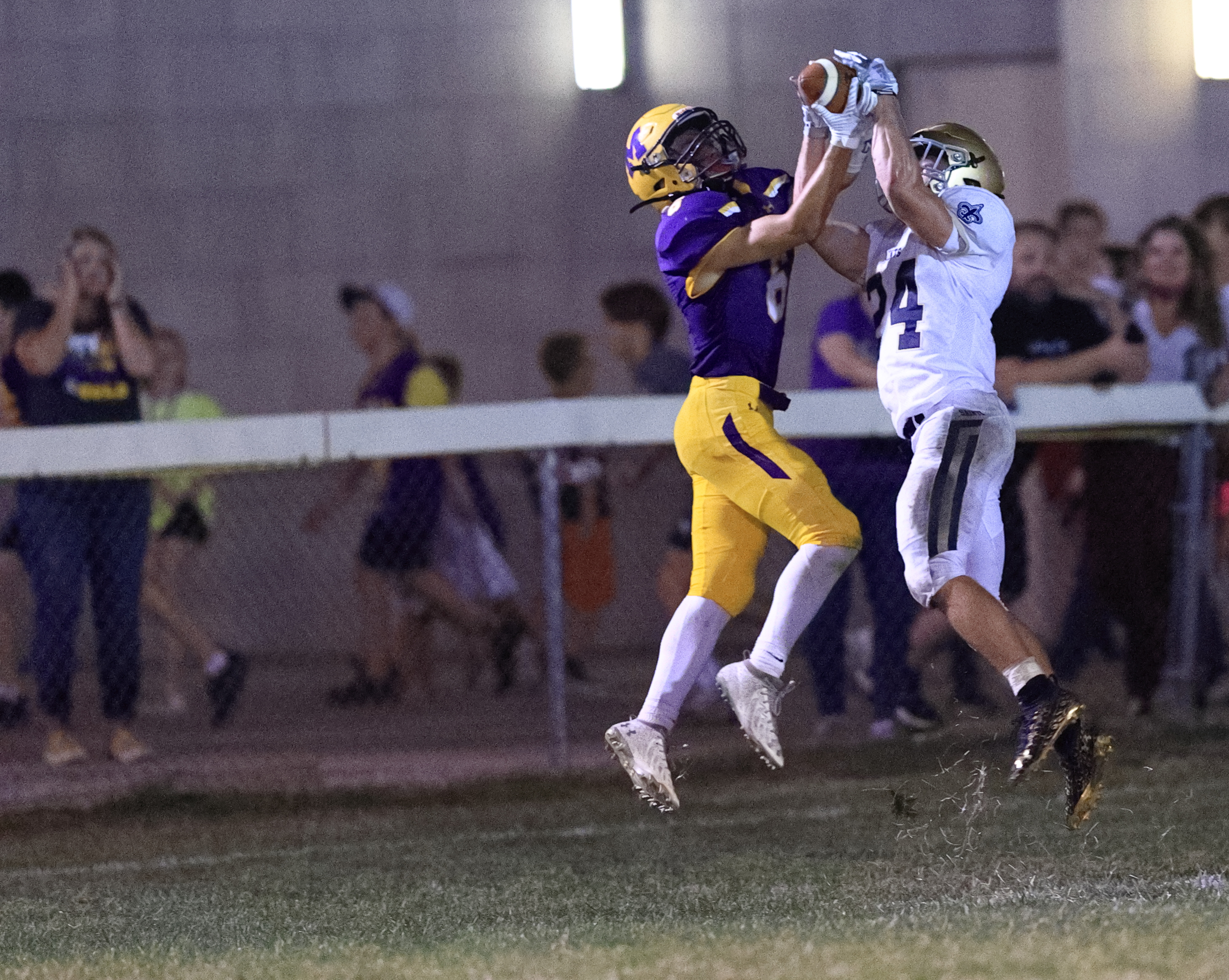 Making the best of a bad situation, it looks like to me.

Noting the settings for this great looking photo.