I have an Apple IIe emulator for my Mac and wanted to start with an image I captured, scale it, convert to black & white and somehow end up with that image saved to a disk (emulator saves files representing 5 1/4" floppies).

I wasn't able to figure out how to write the data directly to a disk image, but came up with the following:

1. Photoshop - crop original RAW.  As the resolution of the IIe is very low, needed a portion of the image that could output a decent result: 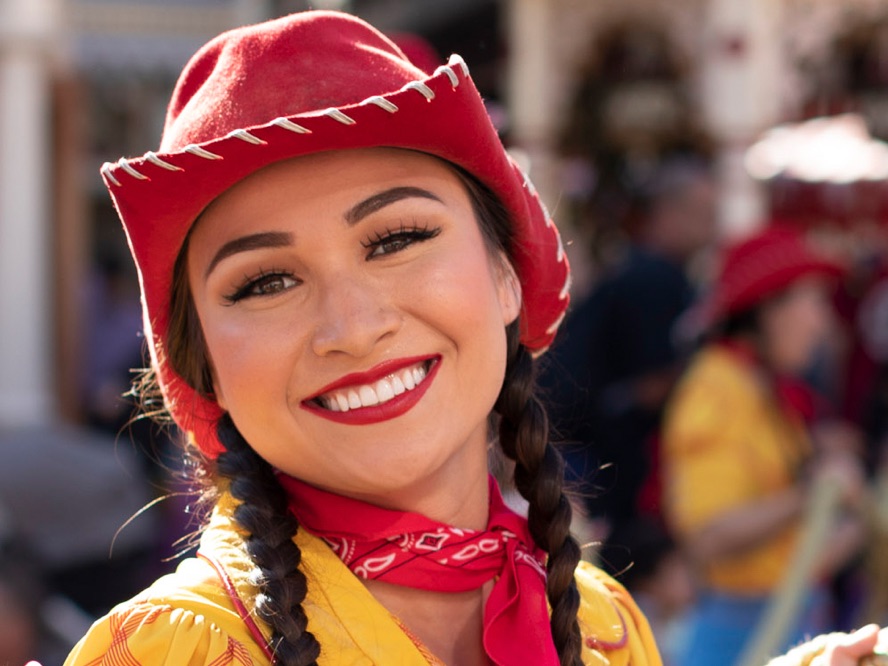 3. Write an iOS app to run in the simulator on the Mac that would take the PNG image, scan for runs of pixels that were "on" and spit out AppleSoft BASIC drawing commands.   I could have also created a Mac app for this. 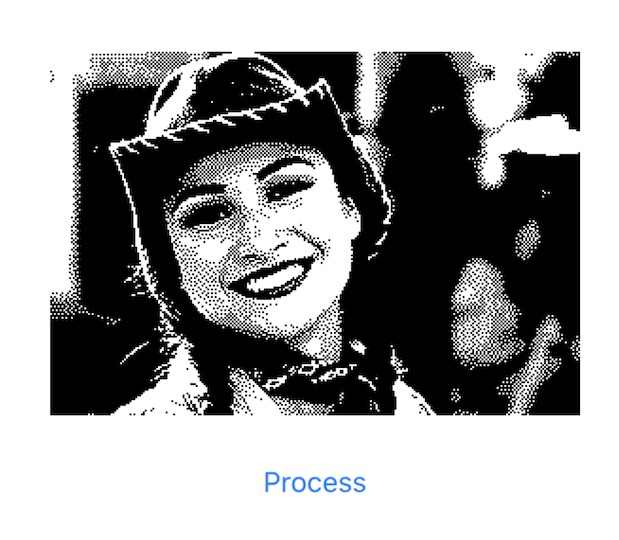 3. A bit over 400 lines of BASIC was generated.  Grabbed in batches of 100, pasted into the emulator and ran.  Saved the partial image.  Cleared the memory, and repeated.  I think the 100 lines of BASIC was around 24 K and didn't want to paste more as that may have hit up against graphics memory.

4. Saved the final image to disk: 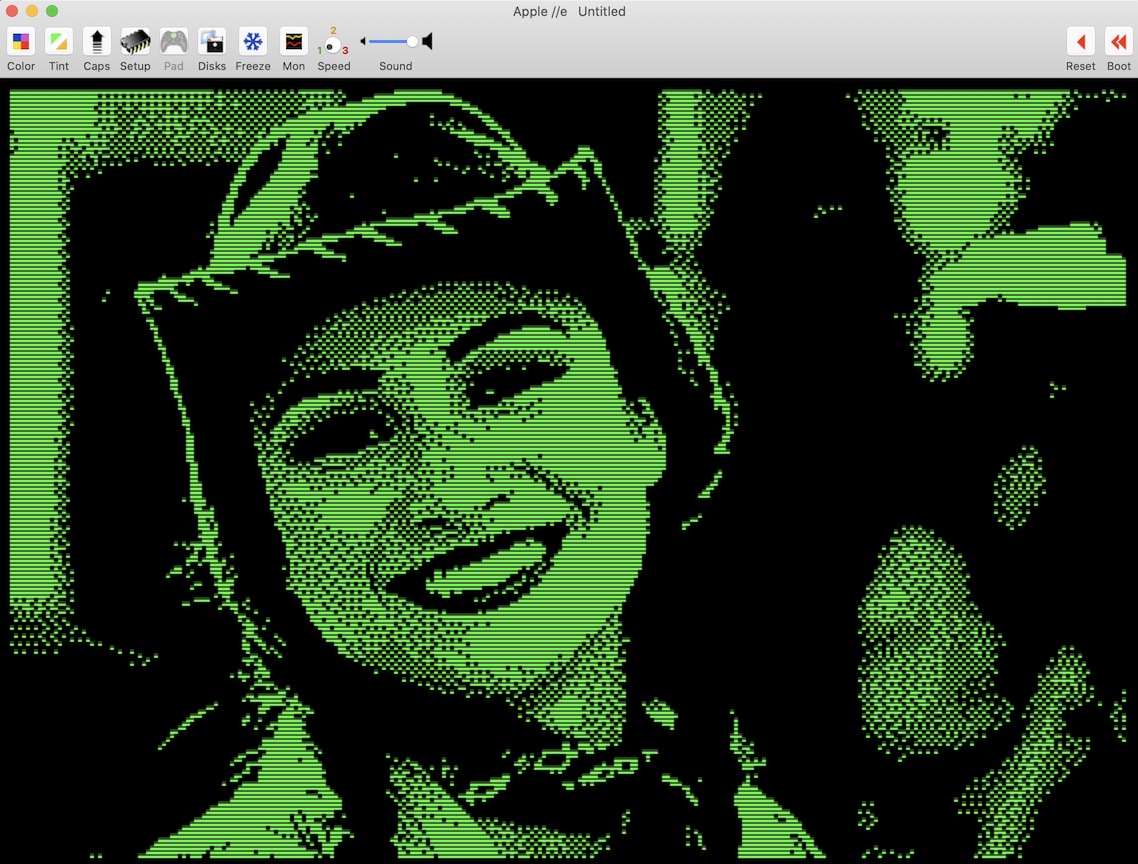