We typically rename our files as we are using the same camera and video bodies and find that the created "out of the camera" filenames do not work on large multi-camera projects- as there are too many files with the same exact filename which makes it challenging in our archive/cataloging system.

Typically, we rename in camera-before shooting, with most cameras allowing us to ads a project code, camera a/B/ etc. and date.

However, we have had videographers forget this step prior to shooting- and now we struggle to rename after the fact.

If one copies these files specifically from the Canon Cinema Camera files- MXF- C300 Mark IIIs, and renames them, we are then unable to ingest the files through the Media Browser in Premiere - probably since the naming structure was broken from the metadata then Premiere wasn't picking the files up through the browser anymore. So instead, I imported cinema files through Finder by dragging and dropping into Premiere.

The biggest change was that when I imported the renamed files from Finder they all went into Premiere with the same name (CLIPS001) and out of chronological order. Therefore, I imported each clip one at a time from Finder and then renamed it to match that of the new name in Finder. There were only 98 clips thankfully, so this didn't take too long.

Anyone have and suggestions for renaming options that won't create a bunch of clip01s out of order with the Canon Cinema Camera files- MXF- C300 Mark IIIs? 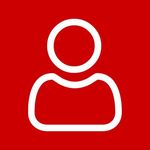 Have you tried the Canon XF Utility program? This program allows you to transfer your MXF files specifically to a local folder on your computer. When you export clips as MXF files, you will have an option to rename the MXF stream files, among other things. There is a manual within the HELP menu of the program. It's a free download. Click HERE to access our site for the download. The exporting process starts on page 25 in the English section if you want to look it over.

no- I haven't tried that. We will- thanks!