I am suddenly having problems with my S100. It will not take the picture when I press the shutter release. In case I had accidentally changed something, I did a Reset to Defaults. Then it worked, briefly, before returning to not working. It also would not let me change My Colors.  Everything else seems to be working fine.  Any ideas?

I have the exact same issue

I suggest you contact http://www.hlehmann.co.uk/ (spares@hlehmann.co.uk). They were very willing and sent me the part (cm1-7226-000 foc assy top) outside the UK. It is not difficulty to change the part in your camera.

That is faulty part

Mike (Product expert from Canon support) you might want to reconsider that statement now as the problem continues to be reported throughout 21 pages here and dozens of customers. To any objective eye there most definitley is a chronic, inherent shutter button failure with this S100 camera. You posted on page one, it's now up to page 21.

If you can be objective what would you think if you had a S100 with the same problems as all these good people and came across this thread of hundreds of posts reporting it ?

Also there is an obvious lack of any Canon support person now who even dares to try and comment otherwise on this growing issue. And it is growing,

Canon should not be hiding it's head in the sand as it does not seem likely that this is going to go away by itself.

Surely Canon can come up with a fair solution for these customers.

There are many thousands of people who have looked at this long thread of posts, some like myself who do not own a S100 but are watching and waiting for Canon to do the right thing.

Make no mistake this has a broader impact than the S100 owners.

My shutter release has not been working for over a year. At first I occasionally missed a picture. I thought I probably had a setting wrong. Now the shutter will never release. No matter what mode or setting I have set. Very frustrating. Can you help?
0 Likes
Share
Reply

Canon quoted me $160 to send it in and fix, so I ignored that.  Tried the fix suggested in this forum of removing just the (6) perimeter screws, then spraying some shots of Deoxit into where the shutter button contacts.  I sprayed (1) 1-sec burst followed by (2) more short bursts, all at least 30 sec.'s apart.  This was before 12/25/14.  Thus far, probably close to a thousand pictures later I have yet to encounter a delayed shutter release.  Seems to have worked.  You can find Deoxit on ebay and elsewhere around $10.  Good luck

...As a disclaimer, another forum contributor stated that Deoxit might only be a temporary fix, his shutter delay problem poked out it's ugly head again after several months. Time will tell if mine reappears. At that point I'll just spray it again since that's easy. If doesn't work, I might take out additional screws, pull out the innards, and physically swipe the contact areas w/ a cloth, reapply Deoxit Gold, etc.
0 Likes
Share
Reply 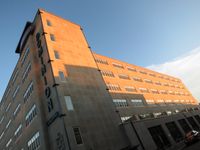 I thought that I should add my comment as I had this same shutter problem as well. Too often we forget the forum which helped us out, once our problem is gone. Here's my story to date:

I bought my S100 as early as I could in Jan 2012.  I love the thing!  However after 10,000 pictures it had the well-known lens problem.  I sent it back to Canon (Canada) and they said getting lens assemblies was slow at the time, so they destroyed my camera, revoked the serial number and included a brand new camera in the box (obviously less the battery, charger, strap and cord).  Fine service - and I certainly appreciated it!

Ten thousand pictures later and the new camera developed the bad shutter button.  It started to slow down, then quit entirely (same story I have read here a number of times).  I read the forum and decided I wouldn't try Canon service this time as the camera was nearly three years old. The Deoxit plan sounded plausible, so I headed out to a music store and spent $29 plus 14% tax on a can of Deoxit F5 for conductive plastic faders (slide volume controls on audio control boards).  I told the sales guy I only needed one drop of the stuff, but he showed me no mercy!

I carefully removed both case halves of the camera and sprayed Deoxit on the end of a jeweler's screwdriver. Next I pushed the white membrane on the top of the switch down with a lead pencil, while dropping in about one drop from the screwdriver.  It didn't look hopefull at first, but after I worked the membrane up and down a few times I noticed the liquid was pumping out at the base of the switch onto the flexible circuit board. Great! - I now knew it had penetrated both sections of the double switch.  I quickly soaked it up with a facial tissue until it stopped. Then I reassembled the camera.  I couldn't believe it worked perfectly right off!

That was on Dec. 12, 2014. Since then I have taken 1,300 shots. In the early days after the fix, there was occasional hesitancy and I feared it would soon fail again.  However this has not been the case and gradually it seems to be getting better and better with use.  At this point a month later I hardly ever experience a slow shutter response when pushing the button. I have had a lot of experience with cleaning delicate electrical contacts in my work and hobbies for more than fifty years.  My experience is that after cleaning, the component will either fail again soon - or go on "forever".  I try to use the S100 every day or two - I believe this helps - especially in the early days after cleaning.

This repair is not a job for anyone, but there lots of young people who are good with smartphone repairs who should be quite able to handle this job.  Oh yeah - some old guys like me can do it too!

However if anyone tries this they do it at their own risk...there are plenty of things that could go wrong. I am only telling my story and how it worked for me. I am not giving instructions or recomondations.

I am including a picture of the innards of the camera showing the shiny metal switch with the round hole on top revealing the white membrane where I applied the cleaner.

Thanks to this forum for helping me get my prized camera working again and best of luck to anyone who gives it a try. 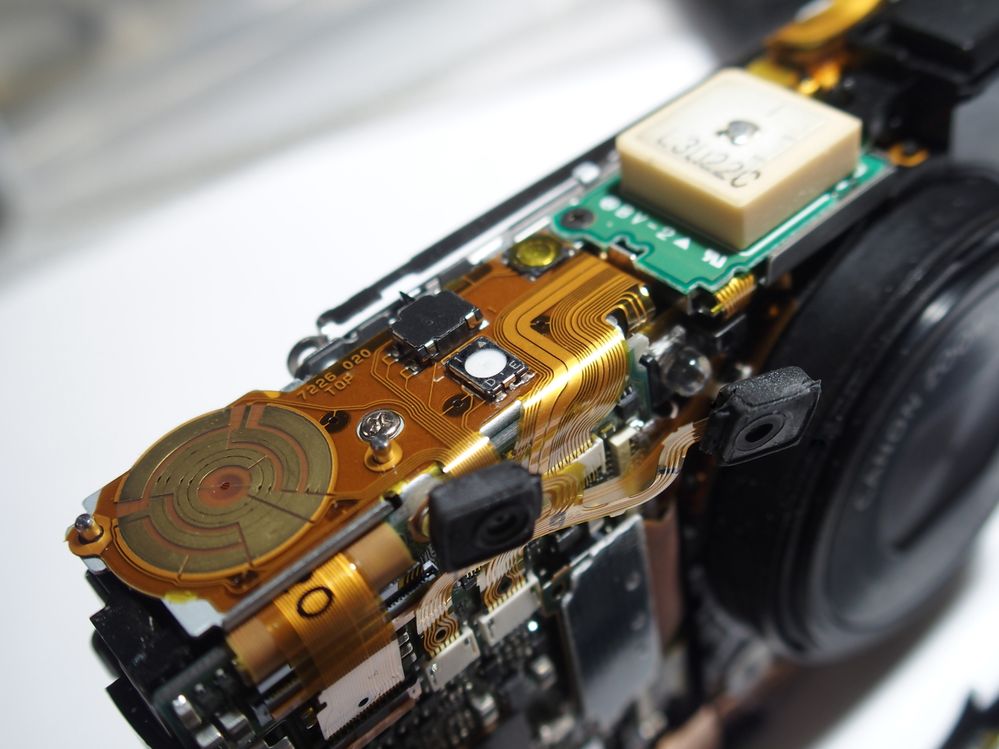 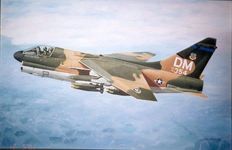 This tip fixed my shutter button which was not working except occasionally.  I bought some Deoxit and removed the 6 outer case screws.  Next I removed the front panel (be carefull of the thin ribbon attached), then squirted one blast of Deoxit at the shutter button contact (inside the case underneath the shutter button).  I did not remove the back of the case.  I put the front case back on without the screws, reinserted the battery (I remove it before working on the camera), and tested the shutter button.  It worked just like new!

Great tip and fairly easy.  I used a Phillips PH00 screwdriver with magnetic end which helps a lot to replace the tiny screws back into the camera case.

Thanks and kudos to JohnRB! 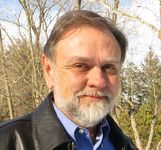 My S100 caught the shutter release problem, and I had the same depressing conversations with Canon tech support as others have documented. Then I found the "deoxit solution mentioned in recent posts, and it worked!! I ordered both the D5 spray and  the gold versions (what the heck, it's an expensive camera) and used both. I only removed the front shell, which meant that the spraying D5 and dribbling "gold" lacked precision. As I put it back together I lamented that I had not taken any precautions to shield the microphones (next time) but everything worked anyhow. I am very grateful for the tip. I tested the shutter in various modes and it seems to all work perfectly. We will see how long it lasts, but worst case I will just repeat the treatment. Thank you.

I have since delved deeper into this problem. I have removed the top cover and had a good look at the shutter switch where it mounts on the flex cable. There are 3 solder joints and 2 of them are what's known as a 'dry' joint, which means that the joint is not reliable and can fail mechanically and electronically.

I have also made the following observations about this problem.

1) It works better a low temperatures, like in an air conditioned room, and plays up when outdoors in higher temperatures, IE 30 degrees C and up.

2) There seems to be some sort of low electrical leak when one touches the shutter button and the surrounding zoom ring together. I tested this by insulating the top of the shutter button with electrical insulation tape, or using only the very tip of your finger vertically on the button, thereby avoiding the surrounding zoom ring, but this method is not very ergonomic.

I also super glued an old AG3 button cell to the top of the shutter switch to give it more height, so that it can be operated normally.

This worked very well until the glue failed. The glue is also a bit dangerous if a bit leaks down the side of the button.

I have now purchased a new flex cable with the switch mounted. I haven't fitted it yet and can't guarantee it's the right part (I had a lot of trouble finding a part number and supplier) The part number I found is CM1-7226-000 and I got it from Mediaform Computer Supplies in Australia, it cost around $28.

Once I have fitted the new flex strip/switch I'll post my findings.