PIXMA ip110 turnign off after a few seconds on

I start having this issue last Sunday and to my surprise many people are complaining about the exact same issue and across different printer models. Then someone was saying that the issue is the connection to the internet. Well, I disconnected first the router, turned on the printer and to my surprise it stayed connected. Then turned on the router and the printer went off. Next I disconnect just the internet but not the router, turned on the printer and it stayed on. That's when I printed all the important stuff before going on with experiments. After that I turned the internet on again and the printer is still on until now. Another user advice was to connect to the printer via an USB cable instead of the LAN (wi-fi). Will see if that will be needed but only tomorrow as it's already late here (I'm in the UK). Anyway it seems that the fault is due to the internet being on, which means that somehow the printer is being contacted (or contacting) by something which creates the turning off.

UPDATE: another solution was posted. It deals with the DNS server. 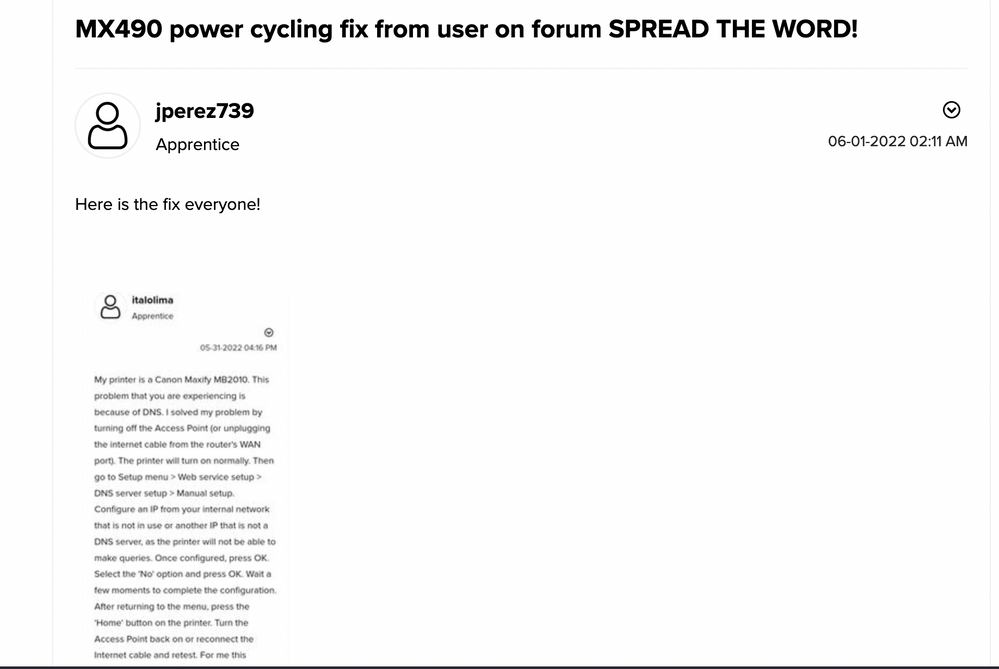