Auto-suggest helps you quickly narrow down your search results by suggesting possible matches as you type.
Showing results for
Search instead for
Do you mean
Reply
Topic Options
Jhstarkey1
Occasional Contributor

Recently I was changing the lens. When I removed the auto focus 18-55 zoom lens a part fell out of the lens. It is metal and has copper contacts on it. I'm not sure where it belongs or why it fell out. Anyone had a similar problem?

Little short on info there.  Can you explain exactly what part 'fell' off with 'coppr contacts'?  Perhaps a picture?

The skilled labor to repair a lens is fairly expensive ... so depending on the value of the lens, the labor cost can over-take the replacement cost.

If you have the non-STM version of the EF-S 18-55 then there are other motivating reasons where it's probably a better idea to "replace" rather than "repair".

The "STM" version is $50 more than the non-STM version... but the advantages are so numerous that it's worth every penny of the $50 additional cost.

If budgets are tight... check to see if anything is available in Canon's "refurbished" section of their online store.  Those tend to be the best prices you get and though they are technically refurbs... they're generally indistinguishable from "new" and they even come with the same warranty as a "new" lens.

That is probably a better idea (replace instead of repair). Not happy that a part falls out when changing a lens.

here is the part that fell out. 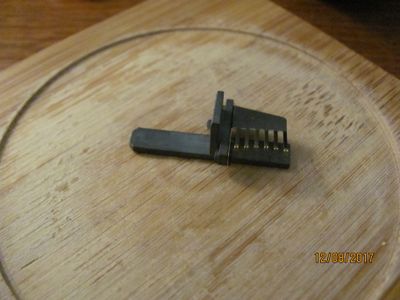 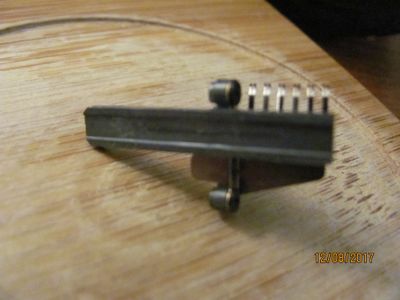 If it fell out of the lens, it must have left quite a hole. Can you tell how it was originally fastened? It looks as though it may have something to do with the electrical connection, in which case maybe it just needs a replacement screw or something.

"Doctor told me to get out and walk, so I bought a Canon."
Report Inappropriate Content
Message 9 of 26 (4,052 Views)
Reply
0 Kudos
RobertTheFat
Honored Contributor

If Waddizzle's guess is correct, it would be a good idea to try to verify that none of the pieces (and/or the screw(s) that once held them in) are lurking in the camera, waiting to do some sort of damage.