Auto-suggest helps you quickly narrow down your search results by suggesting possible matches as you type.
Showing results for
Search instead for
Do you mean
Reply
Topic Options
bbstudio
Occasional Contributor

I am having some problems with my canon 6d.

I am a professional photographer and I do mostly studio workwith it.

Lately i've been having issues with my shutter (at least looks thath way).

When I use studio lights the curtain appears in many of the shots in a randomly way.

I went to Canon official service and they replaced the shutter (it was an expensive replacement). But now I am having the same issue.

It doesn't seem to happen when I test the camera with natural light though. Which confuses me a lot.

Does anyone have any recomendations or educated guess about another thing that my cause the problem.

Thanks in advance to everyone. 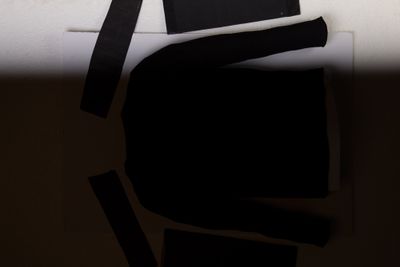 1 person had this problem.
Me too
Report Inappropriate Content
Message 1 of 15 (4,690 Views)
View All (1)
Reply
1 Kudo
Peter
Respected Contributor

What kind of strobes and how do you trigger them?

This looks like the classic mis-timing between curtains movement and the flash duration.  You probably know all of this but I will repeat for those who may not know.

For shutter speeds faster than the camera flash sync speed (typically 1/200), the camera second curtain starts moving almost immediately after the first curtain…so the light hitting the sensor at one time is a swath of light (curtain opening) smaller than the size of the sensor.  Multiple swaths of light (as the two curtains traverse) will hit the sensor to make up for the whole image.  This is fine if you don’t use flash (natural light).  With flash since the flash duration is so short, only one or two swaths of light are lit up by the flash, you end up with a lighted band as shown in your picture.

Normally Canon prevents this from happening by two things – 1. Limit the shutter speed to 1/200 or slower and 2. Allows High Speed Sync on the flash.

In High speed sync mode, the flash emits a series of flashes matching the swaths of lights so everything is properly exposed.  What I don’t get is how you were able to bypass # 1 without the high speed sync.  I’ve been trying to do this for my teaching materials without much success.

Theoretically, it is possible to get this with shutter speed slower than 1/200 for mistiming of strobes duration and triggering…what you need to do is to adjust the flash duration and timing of the trigger.

i use a couple of Hensel studio lights. I have been using them for year now.

as you said, the shutter speed is 125 which should be more than fine.

this just started to happen a few months ago sudenly adn as i said before, they already change the shutter in my camera i don't know what else to do.

I use a chinese remote trigger... been using this also for a long time.

maybe they are broken?

i use a couple of Hensel studio lights. I have been using them for year now.

as you said, the shutter speed is 125 which should be more than fine.

this just started to happen a few months ago sudenly adn as i said before, they already change the shutter in my camera i don't know what else to do.

There are at least a couple of things tht could be going on here. If, for example, the camera is using ETTL protocol but the lights don't understand it, that can cause all sorts of problems, including synchronization issues. And if the lights exhibit any delay in firing, setting the shutter speed below the sync speed may not be sufficient.

This is a bit far-fetched, but is it possible that you've inadvertently turned on 2nd-curtain synchronization? That might exaggerate the effect of any firing delay in the lights. And it could explain why it's happening to you now when it didn't before.

Thanks for your imput. I checked and it's set up on 1st curtain sync.

Thanks though. And regarding the ettl, is wasn't a problem before, so I don't think is that but i'll check with the studio flashes 'bout that.

I use a chinese remote trigger... been using this also for a long time.

maybe they are broken?

It is time to start eliminating possibilities.  Do you have a Canon Speedlite you could try?

"Doctor told me to get out and walk, so I bought a Canon."
Report Inappropriate Content
Message 9 of 15 (4,598 Views)
Reply
0 Kudos
bbstudio
Occasional Contributor

I have a chinese speedlight, but if i need a Canon speedlight i can borrow one.

what do you want me to try?