Canon has had spotted release information in regards to the R5 FullHD 120fps. This is a recap of the R5 1080p 120fps timeline.

The Canon R5 will not include 1080p 120fps. It does offer 4k 120fps. But the 4k version overheats and uses more data then any other video mode. 120fps on the R5 will be the least attainable video function of the camera. With the popularity of 120fps its a HUGE let down. It seems Canon understood this fact but somehow something went wrong.

When Canon released the specs day 1 the Canon USA website was full of "errors" as Canon later claimed. On the USA website, Canon listed a graphic icon showing FullHD 120p as a suppored option. They also listed SD card write speeds that needed to be used w/ FullHD 120fps under the official spec sheet. . But 120fps was mysteriously missing from the full spec sheet under video modes. . Many people noticed these inconsistencies. Many popular blogs/vides also mentioned this. Days went by and many people preorder with the assumption of FullHD 120fps.

Then Canon removed the SD card recommendations from the document. Then a few days later removed the graphic icon.

Canon's official Japan website also announced day 1 listing that FullHD 120fps is being considered as a future firmware update. It's STILL listed that way as of this writing.

If you work with a 1080p work flow. Or if you want a non overheating/data overloaded 120fps solution in the R5.

PLEASE REACH OUT TO CANON AND ASK FOR FULLHD 120FPS. 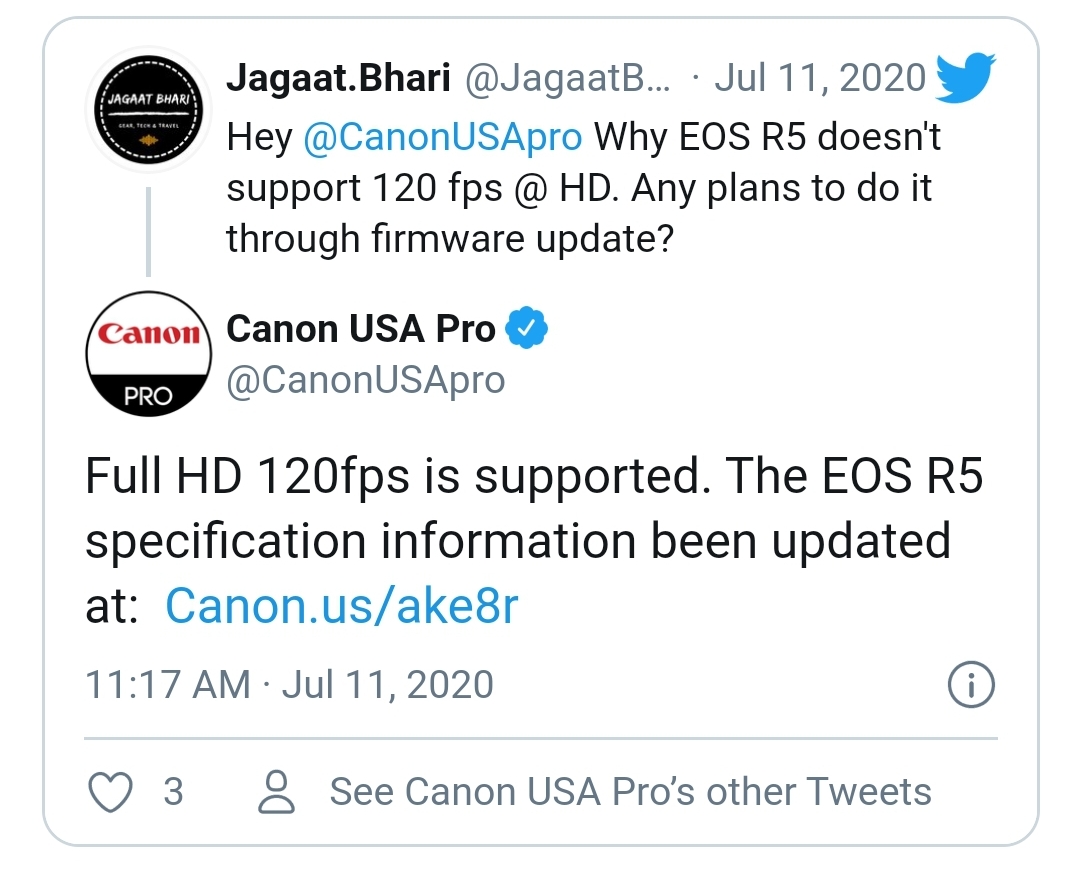 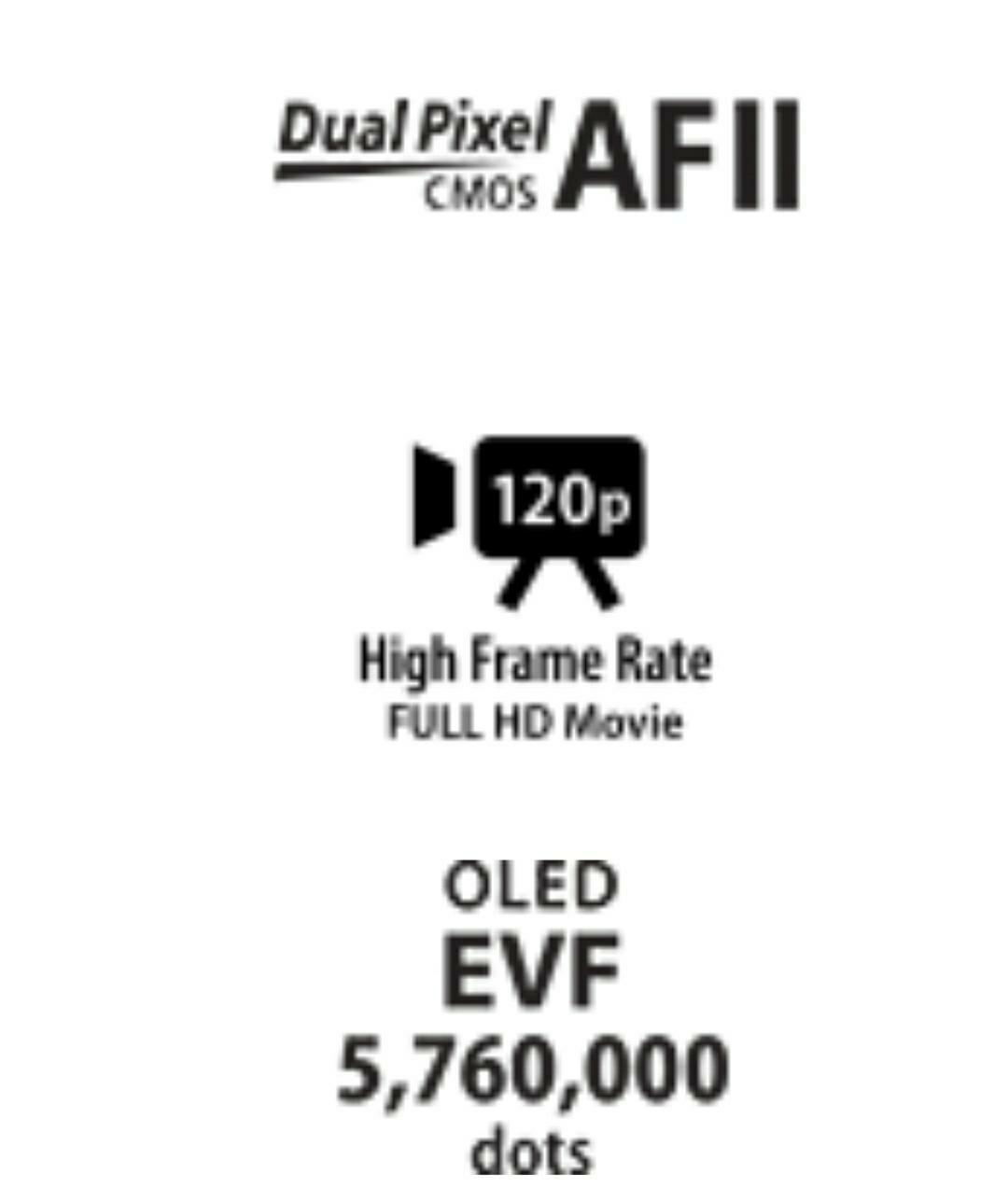 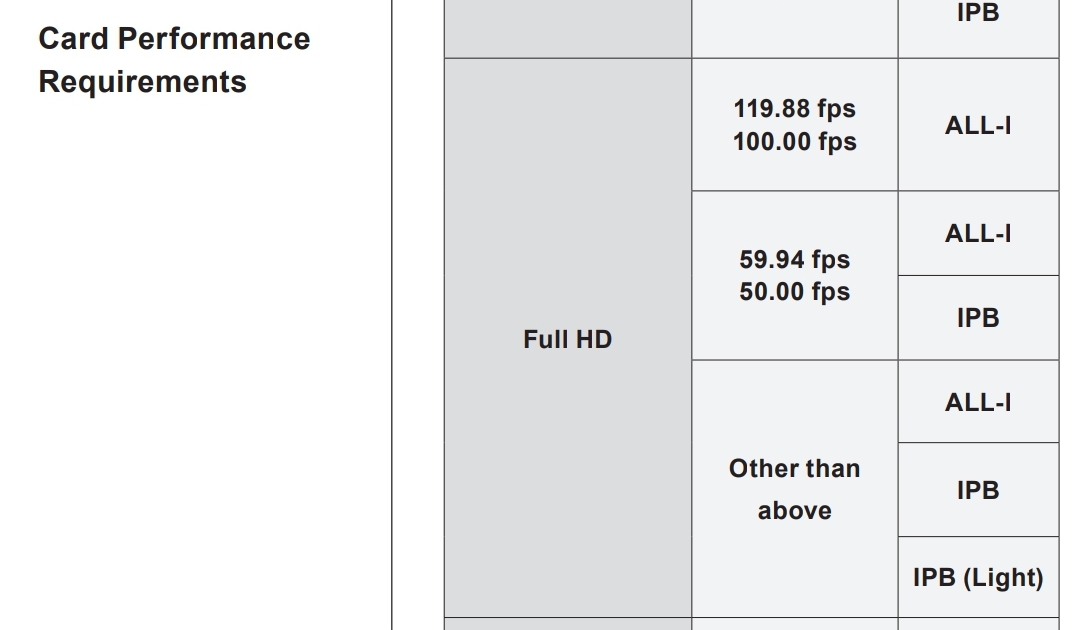 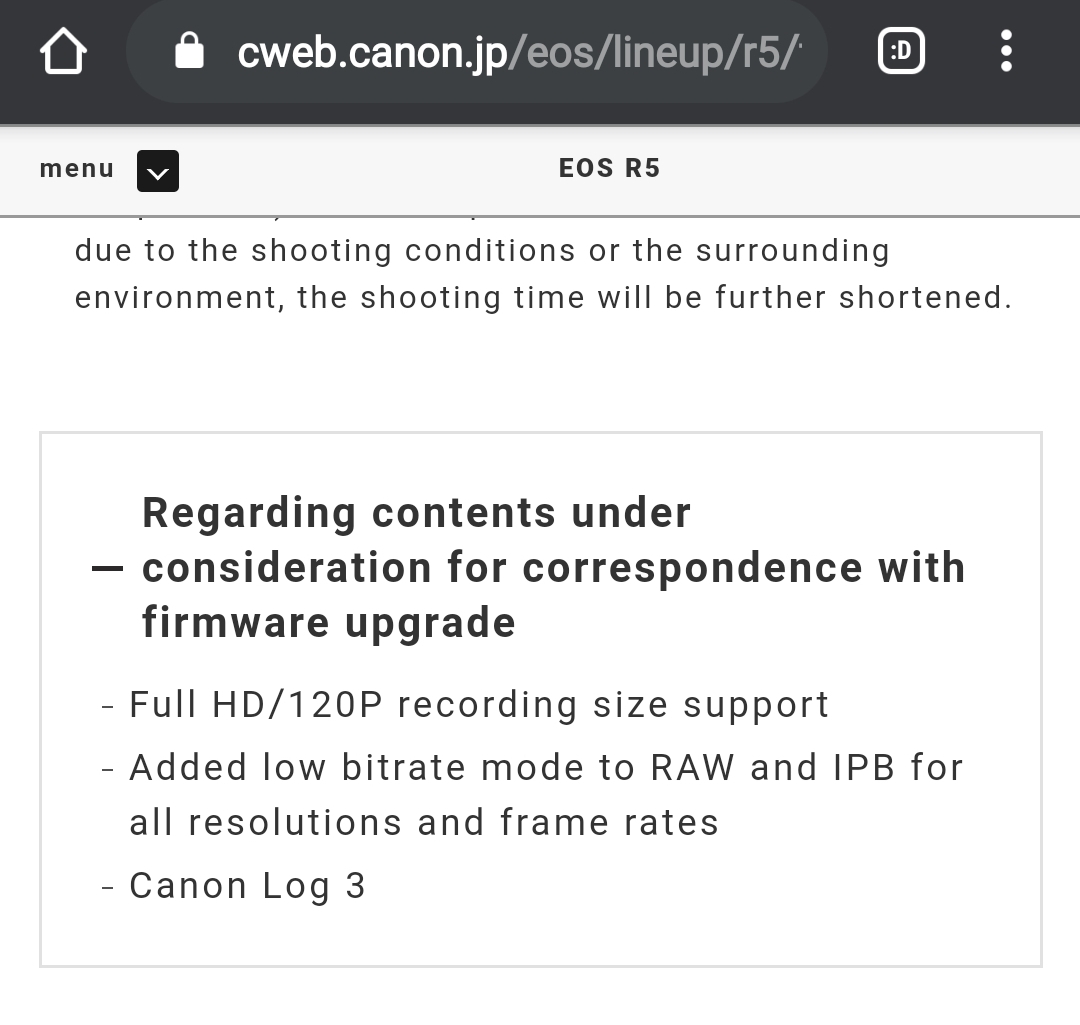