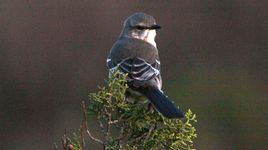 I am having difficulty with an external flash (Vivitar SF-3000) that is supposed to work from the hot shoe or as a slave. I cannot mak it fire from either. (Yes the batteries are good) In the flash settings menu, the E-TTL II function is greyed out, and tfunctions for "External flash func. setting, C.FN setting, and clear ext flash C.FN set." show error screens that sa " Menu not available or flash is off or unsupported"  I have looked in the user manual for instruction, but they do not get into that very deep. What am I doing wrong ??????

If you can, return it.  It will never work well and will always be a problem.

IMHO, I never recommend people buy these cheap 3rd world flashes.  A real deal Canon flash like the 430EX costs more but you get more.  Even the best of the cheapo's are just stolen from Canon copies.  I know they are tempting because of their price but you do get what you pay for in this case.

So, if you can, return the flash, IMHO, any way.  It is mostly likely not E-TTL compatible.  It is probably a manual only or triggered by another flash unit.  DId I mention , return it if you can?

Thanks a lot for confirming a suspicion, and as for the return part......it is a little late as it suffered a ballistic demise at a deer camp. That being said, with the right compatible flash unit, when installed on the camera, I assume the greyed out portion and the other settings will then be accessible. Thanks again.

Shooting with at flash

Doesn't appear to be compatible with your camera:

BTW, Canon introduced a new version of it called the 430EX III-RT and it is $299 (and not on sale anywhere that I've seen since it's too new).  A couple of years ago Canon introduced "radio" triggering technology (all previous off-camera flashes were triggered via "optical" and that meant the off-camera flash needed an unobstructed line-of-sight to the on-camera master flash.  The "radio" doesn't require line-of-sight.  No Canon camera's have built-in radio triggers... which means you'd have to get a Canon trigger (either a Canon ST-E3-RT trigger or a Canon 600EX-RT speedlite can also act as a trigger.  The 430EX III-RT can only act as a "slave" -- not a "master" (trigger)).

I used a 430EX II for years and it's a solid workhorse (very reliable flash -- it actually had a better reliability reputation than the Canon 580EX II which was the flagship Canon flash when they released.)  I've since donated my 430EX II to a friend (I use all radio-controlled 600EX-RT's now) but I sure did like that 430EX II flash.

Great info, thanks. After using the onboard flash for Thanksgiving pics, I will be ordering right away. Once again thanks.

One of the easiest tricks is to tilt the head on the flash so that it points at the ceiling and "bounce" the light off the ceiling.  But this assumes that you have (a) a "white" or "neutral" ceiling (because color ceilings or natural wood ceilings will give your light a color-cast) and (b) preferably the ceiling is not too high (10-14' is probably fine... if the ceiling is 20' up or higher you might have a problem.)

When I do bounce the flash, I like to kick some of the light forward to fill in shadow areas... otherwise the images can be too dark in the eye-sockets (and you get "raccoon eyes") or under the chin, etc.  A bounce card can help, but my favorite gadget is the Rogue Flashbender (in the "large" size).    It's a white cloth panel with bendable frame (designed specifically to be shaped).  This allows you to shape the panel to kick as much light forward as needed.  If I'm able to bounce, I'll flatten the panel so that most of the light goes "up" but some light goes forward.   If I'm in a place where it's not a good idea to bounce then I'll curve the panel so that virtually all of the light kicks forward.

This doesn't work everywhere though and some people go overboard with bouncing in situations where bouncing wont work (you can't "bounce" the flash when outside becuase there's nothing above you but sky... but from time to time we see photographers pointing their flash up to the sky.)  When shooting outside, point the on-camera flash directly at the subject but set the "Flash Exposure Compensatino" (FEC) setting down to about -1.  (Ideally either shooting in Av mode or P mode).  The camera will use the flash as a "fill" light so that it's not the primary source of light... it's just filling in the dark shadows so they appear as mild/weak shadows.

A major source of confusion for photographers new to flash is understand what is meant by "soft" light.  "Soft" light means it creates very gentle transitions from highlight to shadow.  A pinpoint source of light will create a very strongly defined "edge" when it transitions from light to shadow and that doesn't look flattering.  A "broad" light source (light appears to originate from a very wide area instead of a pinpoint source) will create a gentle transition from light to shadow and it looks MUCH better.

There are lots of little gadgets (milky white plastic caps that snap onto the front of the flash) that claim to "soften" the light -- they're junk.  The only way to "soften" light is to make the light appear to originate from a very wide source.

Al;ready checking out the millions (sic) of accessories out there. I see a lot of what appears to be money wasters, but I did see what you are reffering to, and the positive comments associated with it. I also am looking into a stand or two with reflectors or umbrellas. Nothing pro here, just want a good pic, at least as good as an amateur can faithfully reproduce, and afford. I have seen interesting pics with defined edge and soft edge, I want to try and duplicate where i can. This is fun !!! Thanks for the continued education.