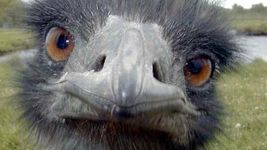 I have found that when taking a series of very short exposure images, at some point the camera reports BUSY, stops taking capture requests, and everything comes to a halt. I have to power cycle the Canon to recover.

My take is that the Camera is reporting COMPLETE after taking the image, puts the image in a buffer, and accepts another capture request. If the time to download is long enough, eventually the buffer gets full and can't take another image. That's when the BUSY is reported.

Specifically, this happens when taking a series (100) of bias images (shortest possible exposure time). I have had to insert a 4 second pause between captures to prevent this from happening. The delay time was calculated based on how long it takes to download an image.

So the real problem is that astro software developers are depending on the sdk documentation, and this little factoid was overlooked. To make things work flawlessly for software, a COMPLETE message should not be issued until the image in the buffer is gone.

This is a forum that is aimed at end users, not software developers.

So, I'm an end user, not a developer. I have been talking to developers about this issue. 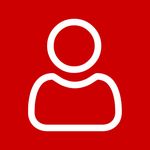 The Busy sign comes up on the camera when it is still in the middle of a process. That can be things like saving an image, a long exposure, or when a flash is being used the flash heads are still power cycling. In a case like this it could be taking longer to save the files to your computer. It would be good to try using the camera by itself, load a memory card in it, and check to see if the Busy sign is coming up that way.

Normally exposures that short should be saved individually rather quickly. If this issue is only happening when you use your astrophotography software we would recommend contacting the maker of that software to trouble shoot it. When an issue like this is only happening with a specific piece of software or connection that indicates that is causing the delay.

The flash is disabled for astro photos. Mirror lockup also disabled and even removed by the mod.

I use two different astro apps. Backyard EOS works fine when taking a 100 bias images with shortest possible exposure. N.I.N.A. is the one that fails. This isn't conclusive of anything, because Backyard EOS might be waiting until the image is processed before taking another image.

I ran a manual test saving images to the card. Lowest possible exposure setting. Fastest possible capture sequence. It eventually - after many captures - stopped taking images and showed the busy message. That's why I think it is a buffer full issue.

I just ran that same manual test with my 70D. Got a busy message after about 30 images.

Since two other astro apps don't have this problem, they are either waiting until they display the image before taking another or they detect the BUSY message and pause until it goes away. Either way, it appears that N.I.N.A. can workaround this.

Hi  i was searching for this issue today...  so release auto focus.  7dm2    in menu under  red camera icon  continuous af  disable.  seems to solve issue in m or av mode.

I will give this a try, but I don’t see how that’s going to help anything because my 6D has been modified for astrophotography and there is no auto focus in play because it is disabled by the fact that there is no lens attached. Thank you for the suggestion.