I have this problem that happened yesterday, I was recording on my 5d mk IV and suddenly i had the er02 on screen that told me the memory is not accessible, I turned off the camera and restart it and try to play the movies and I had nothing on the preview on the camera, i checked the space of the memory it showed that it has 28Gb on it, when I checked the memory on the laptop it shows nothing in the DCIM-100EOS5D,

But there is files in DCIM-EOSMISC that have that written data but on .dat Files.
So is there any solution to get my videos back or fix the corrupted videos 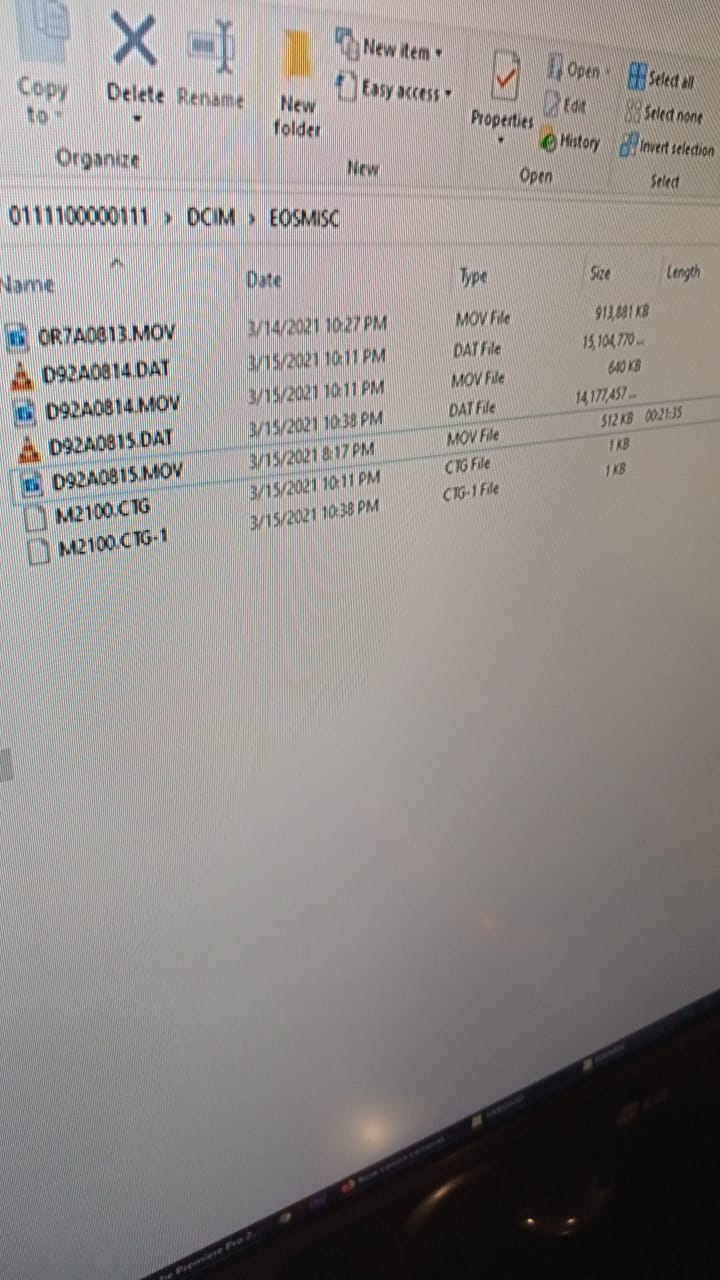 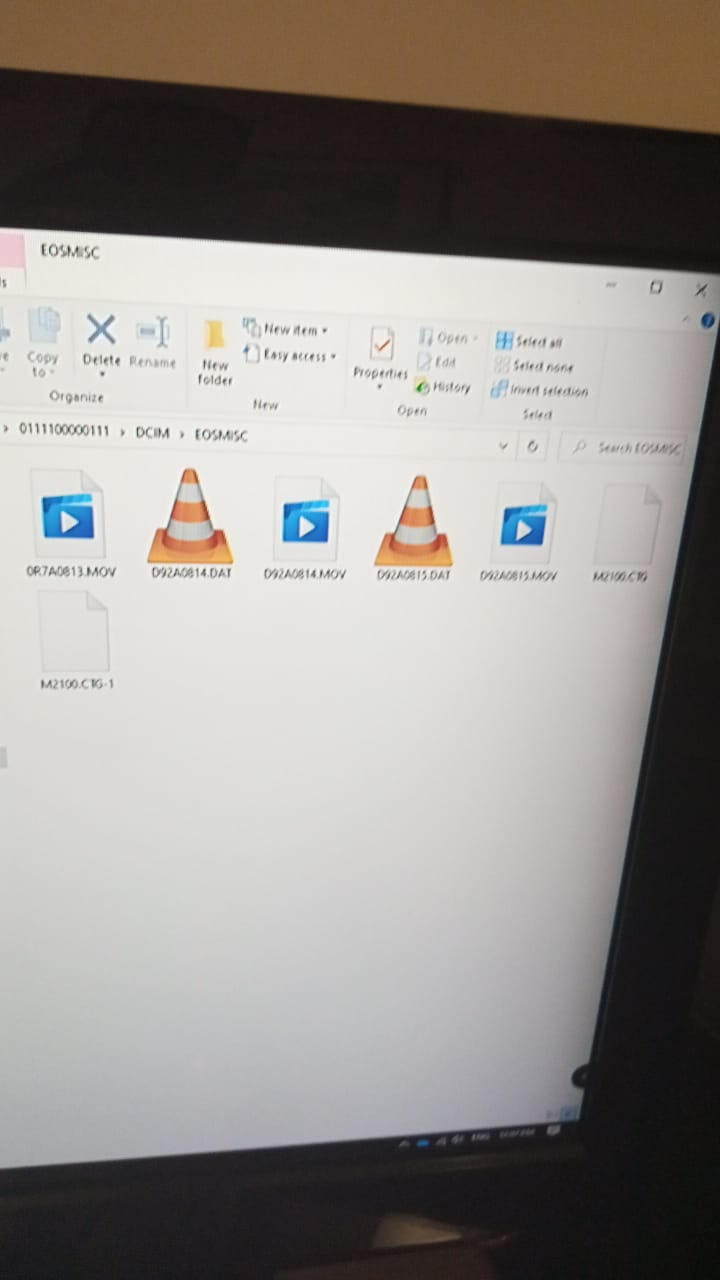 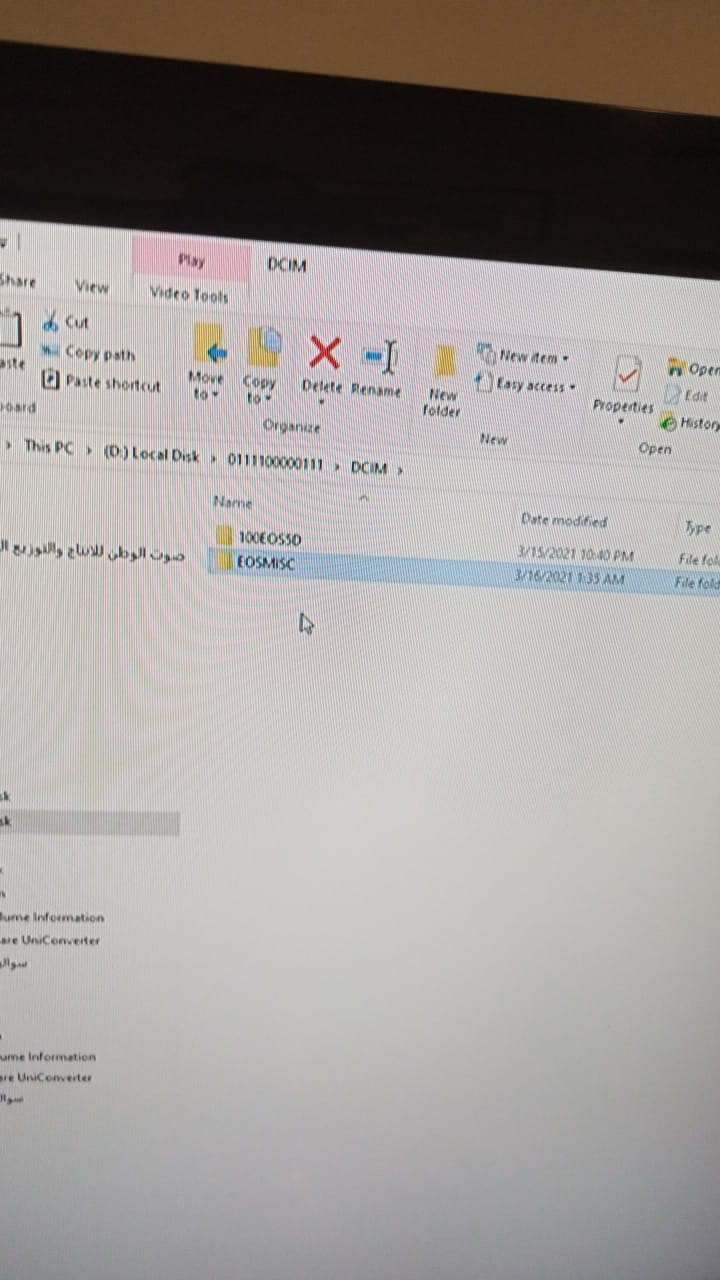 I just solved the problem with 2 softwares,

for the first .MOV corrupted file i used wondershare repairit software to repair the data,

and for the others i triesd to use repair software but they dont work on .dat files so i used HJ-Split software in this way

one of the tow files has directly worked perfect

the other one had to use wondershare repairit to fix it

now the 3 files works normaly thank god for that

What card did you record to (brand, etc.)? What codec?

I just recorded eight 10-second clips on my 5D IV to the Compact Flash card (SanDisk brand) using all eight codecs.  Note, I don't have the C-Log version of the 5D.

I only see the .MOV files when mounting that card to my Mac via a CF card reader.  One file per clip.

what suppose to be normal to find video files in its folder, but there was a problem that cause it to be this way

As mentioned above though, I was recording to the compact flash card and not SD since I wanted to test all codecs.  The 4K clips required working with the CF card.

i have 7 5d mkIV cameras on the set with the same setting and the same memory type this is the only one had this problem and when i change the memory it worked well,
but now i am looking to fix the videos that are on the first memory
0 Likes
Share
Reply
Go to solution

I guess the proccess of recording files is to cash media in DCIM\EOSMISC folder then collect them to DCIM\100EOS5D Folder and somehow it didnt collect them into one .mov file so i have the cash .dat file in that folder, i am looking to a way to collect those cash files or .DAT files into MOV Video file so it would work

I think you meant to say "cache"?  Anyhow, do you recall the camera losing power during your captures?  I'm wondering why it wouldn't flush the cache.  Also, I find it odd that during recording, it wouldn't just stream the data to the final .MOV file.

Anyhow, if it's a very trivial cache, it may be identical to that of the final movie.  In this case, make a copy of one of the .DAT files (definitely keep the original as-is).  Then, rename the copy to have a .MOV extension.  Is your computer then able to view the footage?   If not, then the data captured to the .DAT files is potentially in some other format, represents truncated data, or is otherwise corrupt.

Thank you Ricky for your replay, I'm sure that the camera didn't lose power while recording and if you noticed that i have three Separated files that i had cut in between in the set, i tried to rename a copy to .mov and didn't work, so is there any way to fix those files by my self or any trusty software can do it

I honestly don't know if the data is salvagable.  However, out of curiousity, if you have access to a "Hex Editor" or a way to dump out the very start of those .DAT file as hexadecimal values, it may provide a clue as to what that file contains.

e.g. In inspecting the first 36 bytes of my captured .MOV files, I see things like 'ftyp' (abbreviation for "file type") along with qt and moov (Apple, where the QuickTime format originated from, often uses four-letter codes in data files, so 'moov' is a clever short form of 'movie').   So the beginning of this file reveals data that it is indeed a QuickTime Movie.    Here's what I saw in the hex editor on my Mac:

Note: Definitely don't open those files in a text editor or word processor as it most likely would crash (too much data).  Hex Editors are typically smart to not try to load in the entire file at once.

I just solved the problem with 2 softwares,

for the first .MOV corrupted file i used wondershare repairit software to repair the data,

and for the others i triesd to use repair software but they dont work on .dat files so i used HJ-Split software in this way

one of the tow files has directly worked perfect

the other one had to use wondershare repairit to fix it

now the 3 files works normaly thank god for that