Send it to Canon. And why are you cleaning it that often? If you use solvents it is possible the vapours loosened the mirror.

That's my thing, it was made in 2006, the warranty is expired and they wont cover anything. Also usually its nothing this extreme,

You have a fault with the mechanical linkage in the mirror system.

The mirror consists of two parts, what you are calling the glass slab is a semi-reflective mirror that transmits some light up to the focus screen and allows some light to pass through to the lower mirror for auto focussing. When the large main mirror goes up then the small lower mirror should go up with it and fit tightly underneath.

The lower mirror on your camera is not lifting correctly because of the linkage problem. Whilst you can look to see if you have caused something to become detached in the linkage between the two mirrors it is unlikely that you can do anything with it yourself and needs a proper repair.

For future reference neither mirror should be cleaned with a cloth because they are both very prone to scratching and damage. The only thing you should put inside the cameras lens mount is a rocket blower to blow any dust away, any more extreme cleaning should be done professionally with the right equipment.

I appreciate the concise response. Do you think my best bet would be to get it fixed or buy a replacement part?

"Do you think my best bet would be to get it fixed or buy a replacement part?"

Your best bet is to look used if you still want to use that old guy.  You can probably get a used 30D for $50 to $75 bucks.  That doesn't leave much wiggle room for a repair. IMHO, I would buy a more up to date camera.  I am not sue but Canon might not even service the 30D any longer. That requires a call to Canon.

And last of all, geez, stop cleaning it so often. I worked as a pro for years and didn't have my cameras cleaned but once a year or every other year. My gear got used every day, too, most times all day!

With regards to service (or part) inquiries for this model I'm afraid to say that it's out of service life. When equipment is out of its serviceable life Canon no longer manufactures parts required to perform potential repairs.  Because of this we're unable to offer service or parts on this model.

If you'd like to take part in the Canon Upgrade Program please call our Pre-Sales and Accessories department at (866) 443-8002 seven days a week, 8am to Midnight. Please let them know you have been working with online-support and that your equipment has been deemed out of service life. Please have the serial number of your product at the time of your call.

First, you seem to be doing cleanings an awful lot! Weekly?!! 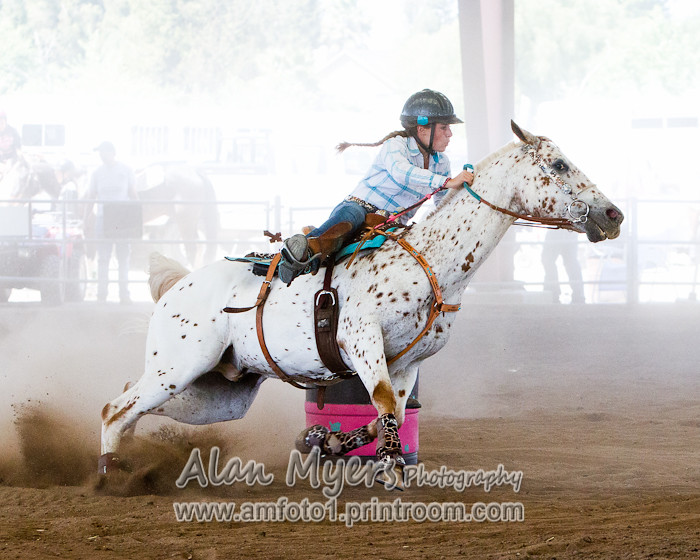 Even under dust conditions like above (which was shot later with a 7D, incidentally), I never hesitated to change lenses when needed. My gear got dusty and I was cleaning my 30Ds a lot...Or so I thought, probably on avearage doing it every month! I even held off buying a full frame camera until the 5D Mark II came out with a self-cleaning sensor.

I replaced my 30Ds with 50Ds, then 7Ds, and now with 7D Mark IIs... all of which have self-cleaning sensors that make a world of difference. I still sometimes find myself shooting in similarly dusty conditions, but now thanks to self-cleaning sensors, only need to clean them manually once or twice a year, on average.

All that aside, I'm not sure I clearly understand your problem.. Reading your description several times, there are several possiblities I can think of....

Did the mirror fail to drop back down after you performed the cleaning? That could be due to the light seals around the perimeter of the mirror when it's flipped up, which in many cameras are black foam strips that are glued in place... when old thow seals can get "gummy" and cause a mirror to stick. If that's the case, simply replacing the seals with new ones will usually solve the problem. Itcan be a messy job that needs to be done carefully, but most professional camera repair shops can handle it.

Or, did the mirror come loose and competely separate from its mount? That happened in some models (most commonly in the original 5D, if I recall correctly). So long as the mirror isn't damaged, it can be glued back onto the mounting platform. (On 5D the mounting was reinforced with some tiny metal clips.). Again, this would be a job for a professional repairer.

In either case... a loose mirror or focus screen... handle any parts VERY carefully. Both can be all-too-easily damaged. The mirror is "front surfaced" and (as noted in a previous response) semi-transparent. Usually those mirrors are thin glass coated by vaporized aluminum... very easily scratched or broken. The focus screens in most cameras are optical plastic, which is very easly damaged by cleaning solutions. Both items should only be handled with special tools and never touched with your finger, except for the very edges.

By the way, I recommend people NEVER clean the mirror or the focus screen with anything more than a gentle puff of air from a bulb blower. They're just too easily damaged. Uf either ever need cleaning, leave it to a pro. In the meantime,  any specks on them are just a minor  nuisance... won't have any effect on images (a speck with appears sharply focusing in the viewfinder is on the focus screen... a speck that's blurred and out of focus in the viewfinder is on the mirror).

Or, did the "silvering" peel off the mirror, leaving just the glass below? If this is the case, a replacement mirror would be needed... and may or may not be available. Even if available, would need professional installation and the cost of parts might be more than the camera is worth.

Or, is it the mechanical mechanism of the mirror that's broken or damaged, letting it sit askew and get stuck? If this is what happened, it would require professional repair and likely would cost more than the camera is worth.

Canon probably won't work on a camera as old as the 30D. You can email and ask them. Yes, the camera is well beyond it's one year warranty. But Canon does non-warranty repairs, too... at your expense, of course. The only thing is, once spare parts are no longer available for a camera, they will no longer service it. Just email your closest Canon Service Center and ask. .

If Canon won't work on it, some of the above fixes might be done by a local, independent repair shop. Light seals, a loose mirror or focus screen are all fairly minor, standard things that they regularly deal with and shouldn't cost too much. If parts are damaged, broken or worn out, it may not be possible to replace them... of if it is, the cost may be too high. But you won't know until you have a repairer look at the camera.

If the camera is unrepairable, get a replacement 50D, 60D, 7D, 70D 7D Mark II or 80D. (I skipped 40D because it was a nice, but comparatively minor upgrade from the 30D... plus 40D are all getting pretty old now and that particular model isn't known for having a long life span... some had early shutter failures.) Any of these models will be a major upgrade for you, are fully compatible with any and all Canon EF and EF-S lenses you already have (as well as most third party lenses in EF mount), and may also be able to use other accessories too (flashes, certainly... memory cards and batteries, maybe... some models require different).

All the subsequent models have considerably more resolution (15MP, 18MP, 20MP or 24MP), as well as 14 bit color (30D was the last 12 bit Canon model, I think). All of them also have improved autofocus systems (especially 7D and later).

Plus.... All the subsequent camera models have self-cleaning sensors, so you can stop doing such frequent manual cleanings!

Amfoto, you could have saved yourself a lot of typing if you had watched the youtube video that the OP linked to.

Nice explanation of a lot of possible faults though, just didn't include the right one

I think that camera has passed the point of diminishing returns.  You can buy a used one at KEH in excellent condition for a hundred yards.