What is the best camera for fast moving and low light photos, like for indoor sports or bird observation? Budget up to $2,000.

This probably is not the answer you were looking for.  You did not state a budget.

As of this writing, the best camera for all of the above is the EOS 1Dx Mark III DSLR, the flagship model of the DSLR line of cameras.  The best MILC from Canon is arguably the R3.

While the camera is important, it's also important to consider the lens.  For low-light, it's best to have lenses with wide apertures.  These are typically prime lenses.   For wildlife though, you'd be better off with a telephoto/super-telephoto; either prime or zoom.

You thus may find it difficult to stay within $2,000 should you end up needing multiple lenses.

Given a budget of $2,000 and  your mandate to shoot fast moving and low light photos, there are two ways to go:

1. The Canon EOS R7, is Canon's current best crop sensor camera, that gives benefits in capturing subjects that are some distance away (see a review HERE  ).  If you purely want to shoot just distant objects, then I would suggest getting the body only, and pair that with the RF 100-400mm lens (link to lens reviews HERE  and HERE) Crop-sensor cameras tend to have somewhat noisier sensors in low light, which takes me to the second option.

2. The Canon EOS RP is an older camera, and does not have full eye tracking or In-Body-Image-Stabilization (IBIS), but is a full-frame camera, which gives it an advantage in low light situations that you mention.  That said, it is a good camera and you can pick units up that are refurbished by Canon at a great price, leaving more money in the budget: for a comparison of the R7 to the RP (the R10 is not a unit I recommend - see this HERE

Thank you so much Trevor and the rest for your comments. If you are in Yucatán and want to take photos, please contact me. [Email address removed per forum guidelines.] cheers!

If I make it back to North America again, I will give you a call! 🙂

I have the same question, I want to photograph my daughter playing high school basketball. She would be approximately 20-70 feet away in fluorescent lighting. Is that considered low light?

And when you say the crop sensor would be noisy in low light, is that just when photographing action shots?  For example I can’t the 7 not taking amazing portraits outside in the evening.

Hi Sabrina and welcome to the forum:

Can I suggest you start your own thread, as each person's circumstances are different, as you have already indicated?  That way we won't all get confused with not being sure who is responding to whom. 🙂

The Canon 100-400 lens isn't going to do well for low light and indoor sports at less than the pro-level will be anywhere from low light to extremely low light.  The Canon EF 70-200 f2.8 in its various incarnations has long been a mainstay of sports typically used in conjunction with a longer prime.  For outdoor sports, I typically pair the 70-200 with a 400 f2.8 and use a 200 f2 or 300 f2.8 indoors but NONE of these are low cost when purchased new.

I shoot a lot of high school sports using Canon 1DX III and 1DX II bodies which are excellent low light cameras but they still need "fast" (wide aperture lenses) to work well.  For better illuminated volleyball and basketball, I rely upon a Canon EF 70-200 f2.8 which is the workhorse for most sports photography and the lens I use the most.  Paired with it will be a EF 300 f2.8 prime.

The best path towards a good low light setup within your budget is to look at good used gear.  In general, a full frame sensor of the same technology generation has better low light performance because of larger photosites, another reason that having a high megapixel count is great for marketing but often not so great for sports.

If you go with a narrow aperture lens (i.e. f4 and higher number), you will be forced to consider dropping shutter speed and then you will be limited in what you can capture because of motion blur ruining action shots.  I prefer staying at 1/800 minimum for just about any sport and even for the worst indoor lighting I hesitate to drop to 1/640.  Noise can be somewhat dealt with in post but motion blur once captured isn't going to be processed out.

Location is absolutely critical.  You want to fill as much of the sensor as possible because cropping becomes less useful as noise level increases when ISO is forced higher.  And certain parts of venues are better illuminated than others so you want to pick and choose which part of the playing area is best if your gear is light limited.

The two examples attached were captured during a recent volleyball game at one of the better gyms in the area, the first shot with a Canon 1DX II with EF 70-200 f2.8 and the second with a Canon 1DX III with EF 300 f2.8.  The lighting varies quite a bit across this gym and with the same 1/800 shutter speed the first is at ISO 4000 and the second is at ISO 10,000.  I shoot RAW files in manual mode with fixed aperture and shutter speed with the ISO allowed to float to compensate for changing lighting. 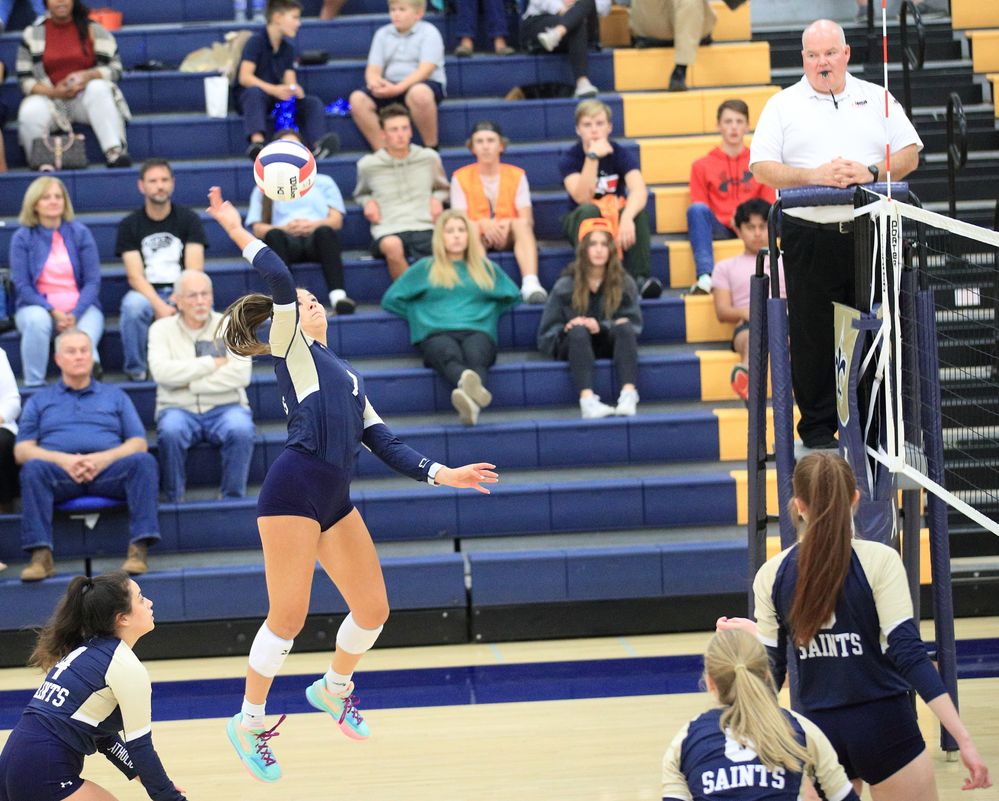 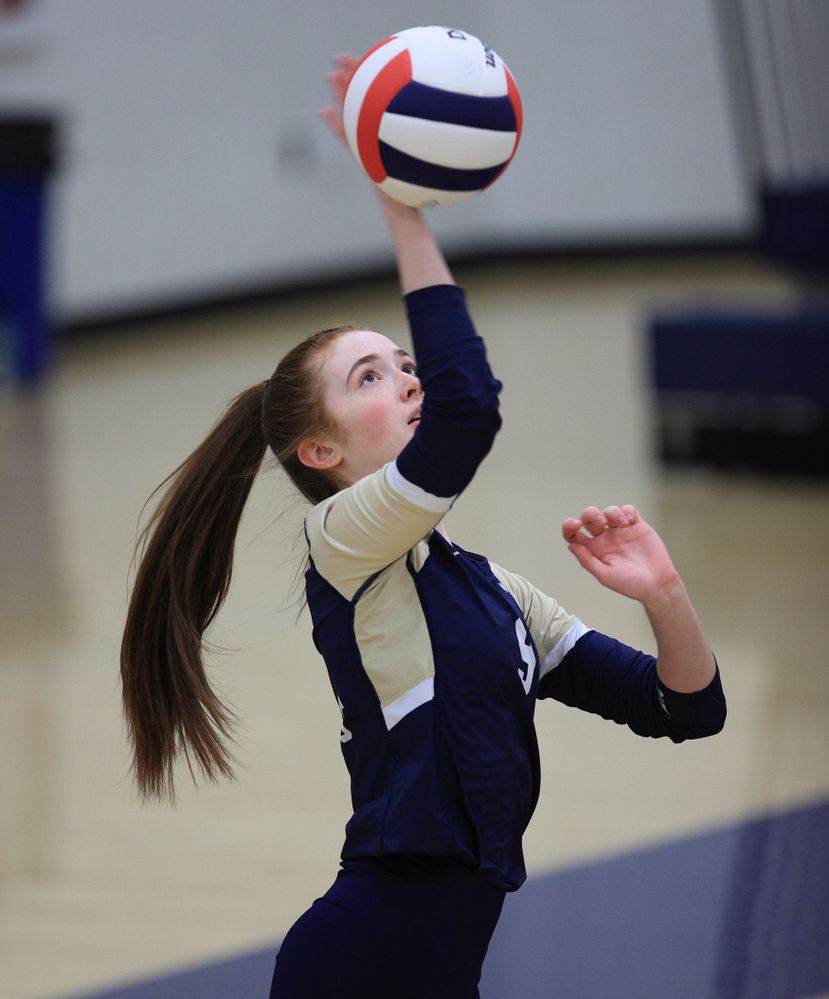