Hello All...New to the forum and my 7D Mark II. I went to a graduation this past weekend and tried getting some close up shots from the wings of the auditorium. Shooting in Av, AI servo and using the very most center focus point, I could not get off a good, in-focused shot to save my butt. Plenty of light and the ISO was around 16000 (i know...it is marginal at that point), but I would expect that focus should have been dead on. What's the deal?

Is it true what some have said about this camera? Focus is hit and miss?

Turn off the AI Servo, and go with "One Shot", not unless, of course, you're shooting running lions, tigers, and bears.  Try turning off all focus points, except for the Center Focus Point, too.  Don't let the camera decide what it wants to focus on.  You decide, and take control of it by using just the center point.

"Turn off the AI Servo, and go with "One Shot"

Bingo! This was your problem.  You said center focus point?  Did you turn all th eothers off?  You should have! 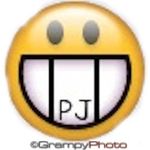 The 7D2 is highly configurable - especially the focusing system. I think most folks who say the focus is "hit-or-miss" don't understand or have misconfigured the system.  What's already been posted is correct, don't use AI Servo, but do select the center focus point (it is high-precision dual cross-type and has the lowest light capability).

But there's a few other factors - If you're hand-holding at a slow shutter speed, IS will only do so much.  Your lens is probably the factor with the biggest impact.  With 5 grandkids, I do a fair amount of auditorium/gymnasium shooting.  When I'm inside and can't use flash (I always do unless it's specifically prohibited) , I don't want to press the shutter unless the aperture is f/2.8 or less (wider?  more open?).  The 85mm f/1.8 is pretty good, but if you invest in a 70-200 f/2.8, you'll be much happier.

Really?  I never use flash. Never!   Prohibited or not.  None of the places I shoot would allow flash anyway.  Unless you are pretty close, flash is a bigger problem that it ever is as a helper.

Well, it's a good thing your opinions are just that, "opinions" - if they were rules (or facts), I'd not have a lot of great pics.

It isn't an opinion. It is what I do. I have been shooting school events for the last 25 years for hire.  Not to mention that flash is not allowed in a single one.

I am really very curious as to how you use flash? Which flash?  What events are you shooting? Now it is my opinion that I don't see how it would help.

Really?  I never use flash. Never!   Prohibited or not.  None of the places I shoot would allow flash anyway.  Unless you are pretty close, flash is a bigger problem that it ever is as a helper.

That's true.  For most sports, flashes are prohibited.  Not only can they blind and impair an athlete, they can also put an athlete is serious physical danger.  I have seen pole vaulters miss the box where they plant their pole, and miss the padded landing mat.  I've seen shotputters toss the shot in the wrong direction.  I have seen hurdlers get tangled up in a hurdle, and go down HARD.

And, that's just track and field.  Flashes are even more dangerous at gymnastic events.  Flashes can blind basketball players as they leap in the air to make, or block, a shot.  The list of ugly scenarios is endless.  Besides, flashes can also have undesireable affects on television cameras during live broadcasts.  The list of reasons is endless.