You should start your own question. The speed of the card should have nothing to do with "clarity".

If you use SD card you will limit the write speed to 21MB/s.

The card write speed isn't going to be a big factor in whether or not your sports photos are sharp/clear.  The key is to have sufficient shutter speed to avoid motion blur, 1/800 is the minimum I like for most sports although 1/640 is usually acceptable.

For sports, the biggest issue is normally a lack of light so you will need to have a fast lens (one with a wide aperture such as a f2.8 or f2 preferable although f4 is workable in many venues) which will allow you to use a sufficiently fast shutter speed without forcing the sensor ISO so high that noise becomes excessive.

The only time card speed becomes an issue is if you are taking so many photos in high speed drive mode that you overrun the internal buffer and that is very uncommon even with a limited buffer.  I would definitely buy a good high speed card from a reputable source (cards are one of the most counterfeited items in the world) but it is shutter speed that will avoid blur and having a lens "fast" enough to allow decent shutter speed is critical to good sports photos.

I shoot a lot of different sports and just spent much of the weekend shooting state soccer finals.  Getting good sports photos involves proper timing and not just holding the shutter button down in high speed drive mode.  The longest sequences I shot during the state tournament were a few five shot bursts in a game that ended with a penalty kick round to break a tie score where I shot full sequences of the keep making a stop.  But the overwhelming majority of sports photos I take are single shots even though I leave all three camera bodies in high speed drive mode. Just pressing the shutter and hoping for the best from shooting a group of images rarely gets what you want.

The first photo was shot Friday night in the rain and using a f2.8 lens wide open, it required ISO 16,000 at 1/800; the second was shot the following afternoon in the sun allowing ISO 100 at 1/1600 shutter speed with the same lens wide open.  When conditions are great, you have a lot of latitude with gear and setup but in dark conditions things get far more difficult. 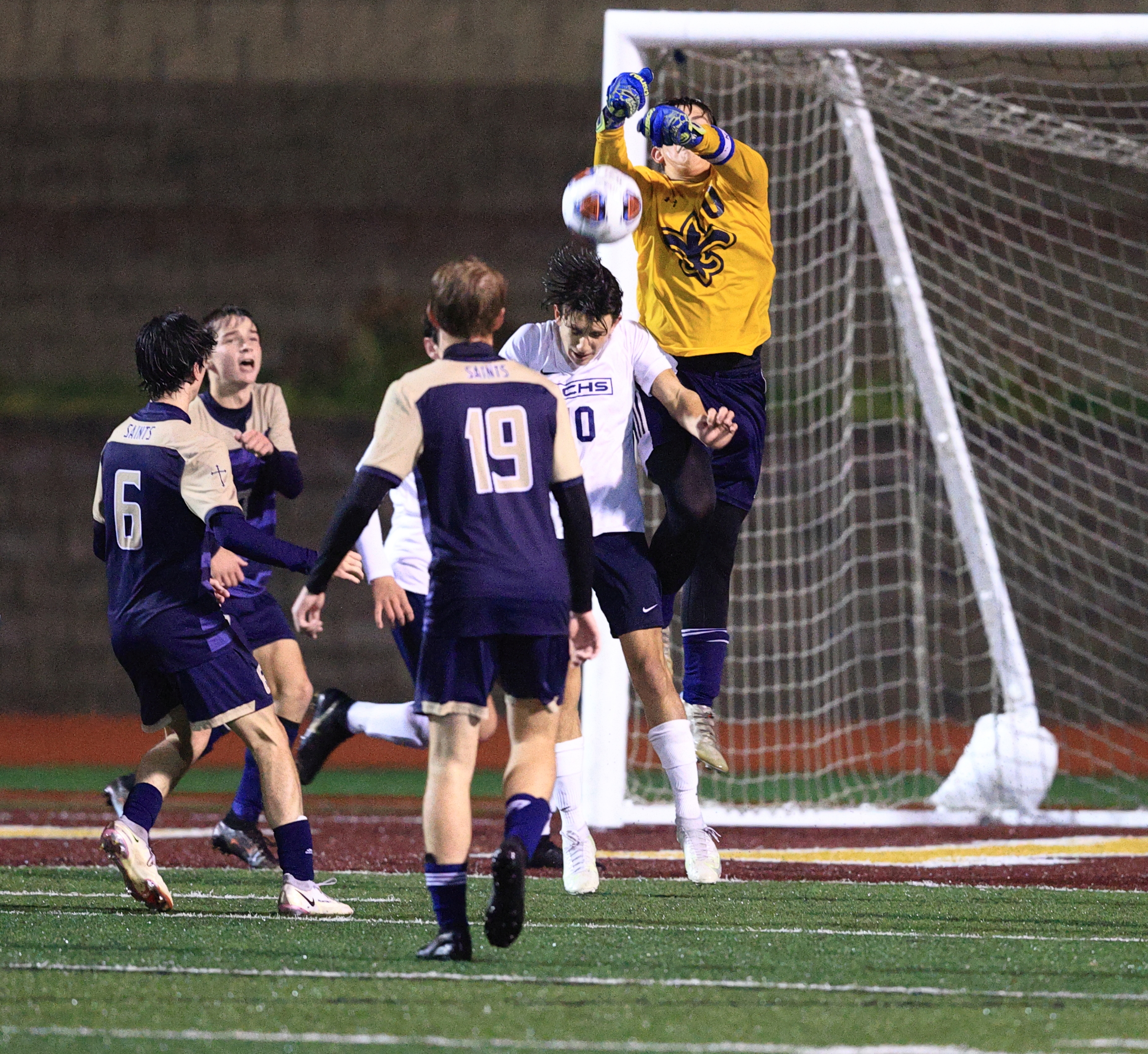 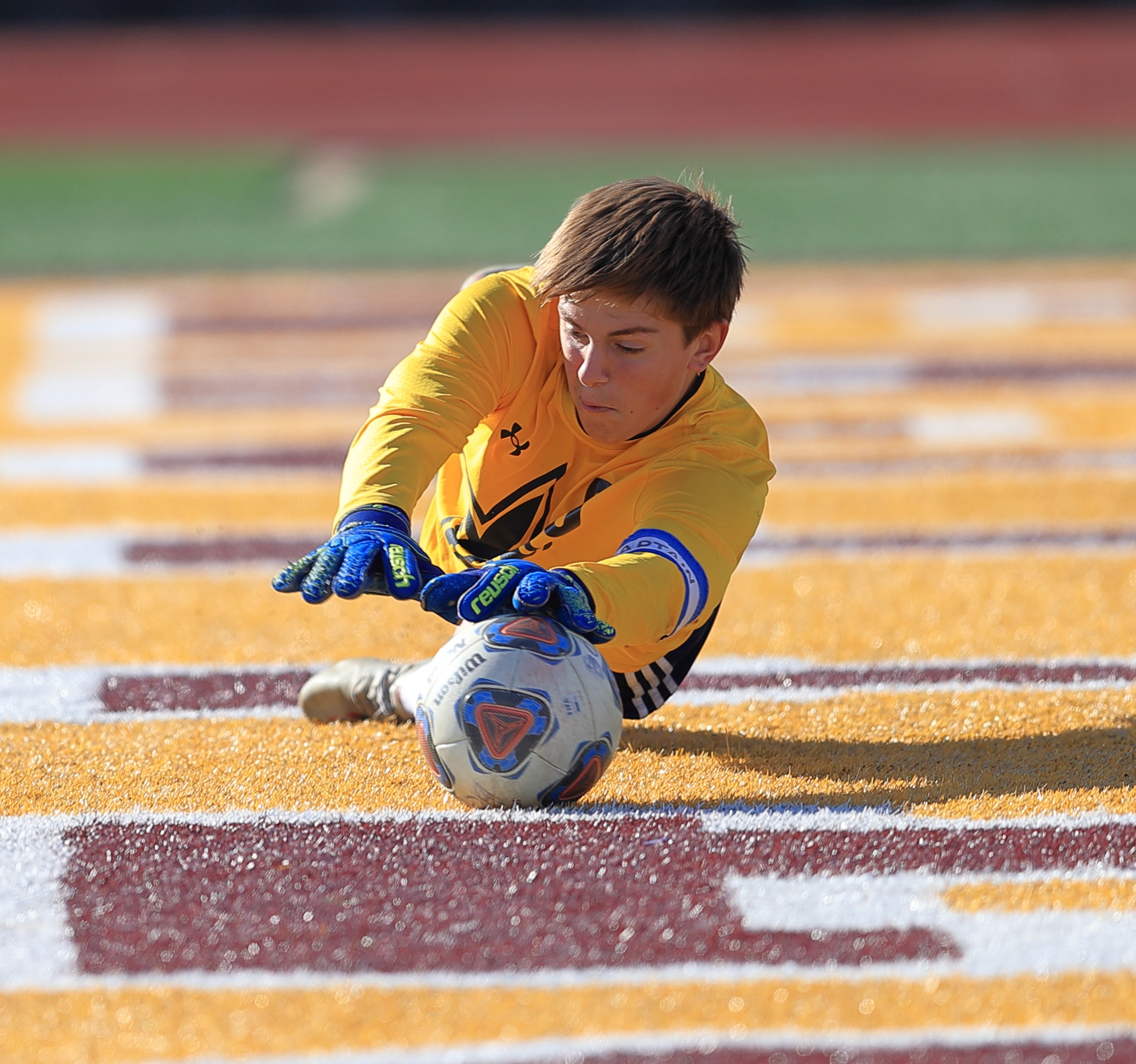 First thing is to get the 5D Mk III owner's manual form Canon. It is a free d/l. Use the CF/SD cards recommend there. The Canon 5D Mark III has dual memory card slots that hold one CF memory card and one SD memory card. It may be an older camera but it is a great camera. You also have a great lens to go along with it.

A huge fact shooting sports and probably the most important is where you shoot from. The second and not photography related is knowledge of the sport. These two factors will effect your results way more than anything else. If you have to shoot from the bleachers it is more difficult to get close to the action and great shots. If you don't know the sport, you will almost always be out of position from the action. Again no great shots.

I would start out just using the P mode. A fairly high ISO number 800,1600 or even 3200. One shot not Ai-servo to start and just the center focus point. The manual will explain how to do these settings.  Give this a try for your first time out. You just might be surprise how "smart" the 5D Mk III is at getting some nice shots.

Now a real biggie. Shoot Raw format not jpg. You can d/l, again the free from Canon, very good post editor, DPP4. This is where even mediocre shoots can be turned in to masterpieces. DPP4 can be as easy or as difficult to learn as you want. Simple editing is, well, simpe to do. And, intense editing can be done as well but more intense learning will be expected.

Lastly do come back and post a sample or two of how it goes. Perhaps we can offer some tips on how to get even better shots.

"The speed of the card should have nothing to do with "clarity"."

Agree. The quality of the CF/SD just might though. Always buy top brand CF/SD cards from know good retailers. Amazon is not a known good retailer for CF/SD cards. Unless the CF/SD card comes directly from Amazon which is sometimes hard to tell. I would avoid eBay as well as Amazon.