There are a couple of questions you need to answer, and when giving advice, we don't want to make assumptions: so bear with me.  We don't know who is your mentor, but by answering these questions you help us to bypass any influence of their own preferences and that may not fully match your needs.

1.  What is the budget - a number is important!

2.  What kinds of subject do you intend to shoot?  That has an impact on the focal length range.

3.  What do you intend to produce?  There is a big difference between the gear necessary to produce large, detailed 'Art' prints and that for small prints, digital displays or posting on-line.

I have a couple of R6 bodies and they are great full-frame cameras.

I have both the EF and RF 24-70 (have both 5DmIV and R5).  I've tested EF and RF lenses on my R5 and the RF lens was sharper.  The RF lens also has image stabilization while the older EF version does not.  That said, the EF version is much cheaper but you'll need an EF->RF converter to mount it.

Generally, if you are starting out and buying new gear based on a mirrorless body like the R6, there is no reason to buy the older EF lenses moving forward.  I shoot more with my R5 than my 5DmIV.

My thoughts (though I certainly haven't used them all)...

The very best 24-70mm f/2.8 you can get for your new camera is the RF version. It assures the best AF performance, along with top image quality and has Image Stabilization which the two EF f/2.8 versions did not have.

The EF 24-70mm f/2.8L "II" is an excellent lens too. It costs $500 less to buy new and is more widely available to buy used or refurbished. However you buy it, you'll need an adapter to use it on an R-series camera, which will add at least $100 to the cost.

The older EF 24-70mm f/2.8L (first version) is also a very good lens. It will only be found used now, since it was discontinued around 2012, when the "II" was introduced. Of course, this lens would also require an adapter.

All the above are rather heavy lenses, at about 2 lb. with their lens hood and/or EF to RF adapter. The EF "II" and RF lenses both use 82mm filters. The older EF f/2.8 uses 77mm filters.

Another Canon lens might interest you, if you don't need the f/2.8 maximum aperture. Canon recently discontinued it but the EF 24-70mm f/4L IS USM is quite sharp and unique in several ways. It's considerably smaller and more than a half lb. lighter than any of the f/2.8 lenses. It uses 77mm filters and also has IS, which the other EF lenses lack. Plus it's able to focus unusually close.... rendering up to 0.70X magnification. The best the others can do is the RF's 0.30X magnification. The original EF f/2.8 lens comes close to that with 0.28X. The EF "II" is less close focusing with 0.21X the best it can do.

Since it was only recently discontinued, you might be able to find a new EF 24-70mm f/4L IS USM somewhere. I was only able to find used (described as "like new"), where it was selling for about 1/3 the price of the RF lens. Of course, it will also require one of those EF to RF adapters, which adds at least $100 to the cost and a little to the weight.

Frankly, all these lenses are very, very good. Just based upon image quality you would have trouble telling them apart. Personally I'm still using the old, original EF 24-70mm f/2.8L... 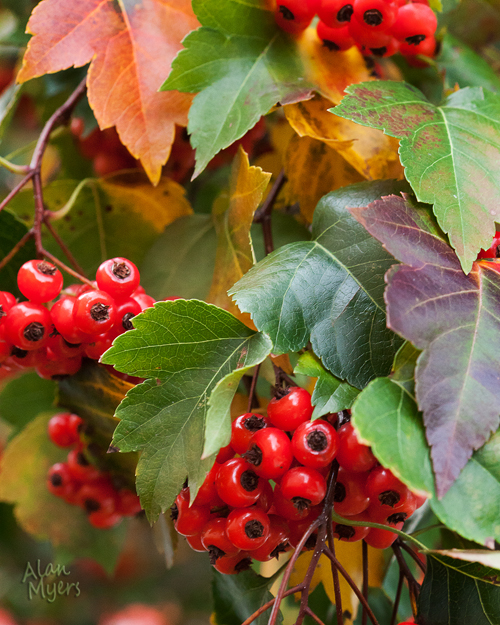 It doesn't seem to make sense to buy an EF lens for an R6 camera. You'd need an extra piece of hardware, an EF-to-RF adapter. There's cost, and any extra device between lens and body can have a nefative effect on image quality.