If you don't care about having a 50mm lens faster than f/4 I would guess you should sell it.

I would keep it for the occasions when you want to go out with the minimal and lightest equipment, if that does happen.

That's a good point, it does significantly cut down on the weight of the package.

"Seems to have better color? I suspect they aren't even in the same league"

I think many people (including me) praise the 50mm 1.8 STM is because the quality/price ratio is very high. It's such a cheap lens that i've occasionally seen on sale for $100. The normal price now is $125, and is still a very low price for such a lens.

I don't have the 24-105mm L, so i can't really compare but regarding colors, I am pleased with the picture below that was taken with my 50mm 1.8 STM, no polarizer, just plain lens with a UV filter on it and the Canon lens hood.

I am sure colors can be further enhanced with post-processing, but below is what i got from the JPEG file straight from the 6D Mk II : 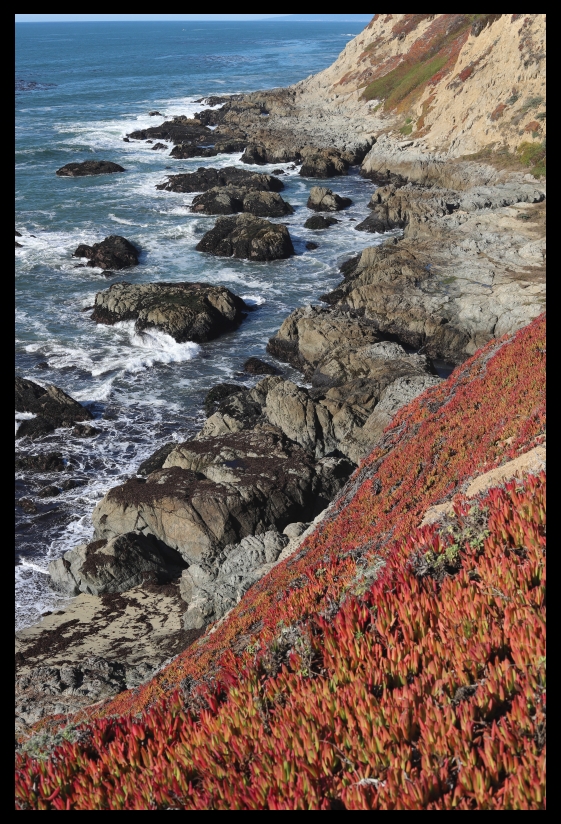 Just curious, was the wind blowing?

"Just curious, was the wind blowing?"

Oh yes, big time, and cold wind. It was my first weekend, 5 days ago to be more precised, using my newly upgraded 6D Mk II.

Any advice that you have to improve the shooting of that kind of pictures, I'll be grateful to receive.

I was using Aperture priority to set to f11 for large DoF. The resulting speed was perhaps too slow considering the cold wind ? I know that my hands do shake a little even with no cold wind. Perhaps should I have set it to manual mode to force the speed to 1/250s ???

Oh, man, been there done that! I hate cold shooting.

Personally I love Av mode. I use it all the time.  And, I know, the so called experts here might not like it but P mode is my next most used setting. Sometimes the camera is smarter than you think. M mode is for the very few times, and I mean very few, when the camera just can't figure it out. Matter of fact modern DSLRs are designed to be automatic.  They are at their best when you are in some auto feature that the camera controls. Folks use the auto focus feature even when they use M mode in the camera.

It is a lovely shot and the fact you love it, is all that matters.  It will remind you of the cold and the shot you got. This means your settings were "perfect".

My most used mode is manual exposure but that is because I shoot sports more than anything else.  There is rarely as much available light as the camera and photographer would like and that means most of the time I am shooting with a 300 or 400 f2.8 on one body and a 70-200 f2.8 on the other and both are wide open.  That leaves either shutter speed or ISO as the variable and I will take noise over motion blur any day so shutter speed is going to also be fixed and set fast enough to avoid blur due to player motion.  When I was using a 1D Mark II (which didn't have auto ISO), depending upon lighting conditions I would run it set to Av or Tv priority depending upon the situation with fixed ISO at the highest setting that was less than pure noise but I love the auto ISO capability of my 1DX series bodies (and the incredible high ISO performance compared to my 1D Mark II which was very ugly at ISO 1,600).

For stationary images I often do switch to Av priority for simple control of depth of field and set ISO to a reasonable level for the light.  For most photography, Av priority is a great mode and if I were shooting sports under great lighting I would use it some but sports with great lighting at below the NFL level is about as common as a bright sunny day in Seattle.

The priority and P modes are very "smart" on current Canon cameras and I have used P mode quite a bit with Canon speedlights.

"My most used mode is manual exposure but that is because I shoot sports more than anything else."

I usually say to use what works but my experience with full time sports pros is, they use Av way more than any other setting

What they are looking to do is by setting and fixing a large aperture such as f/2.8 or f/4, whatever the lens allows, ensures that the most possible light is allowed in. This tells the camera that a fast shutter speed is required for correct exposure. More light in allows a faster shutter speed helping to freeze the action.

Also, not on topic, but sport pros don't shoot Raw very much. They shoot jpg because they use burst and high speed drive and want speed over anything else.