3 people had this problem.
Me too
0 Likes
Share
Reply
1 ACCEPTED SOLUTION
Go to solution

ITS OK AFTER I UPGRADED WINDOWS 10 .

Installation would start, prompt me for language, etc, then bring up UAC. I told it YES, and then a small box popped up and disappeared before I could read it, and that was the end - nothing was installed.

I realized that I was trying to run the install from a network drive and that I'd had problems with doing that before. I copied the software to my C: drive, tried it again, and it worked perfectly.

Hope this helps someone. 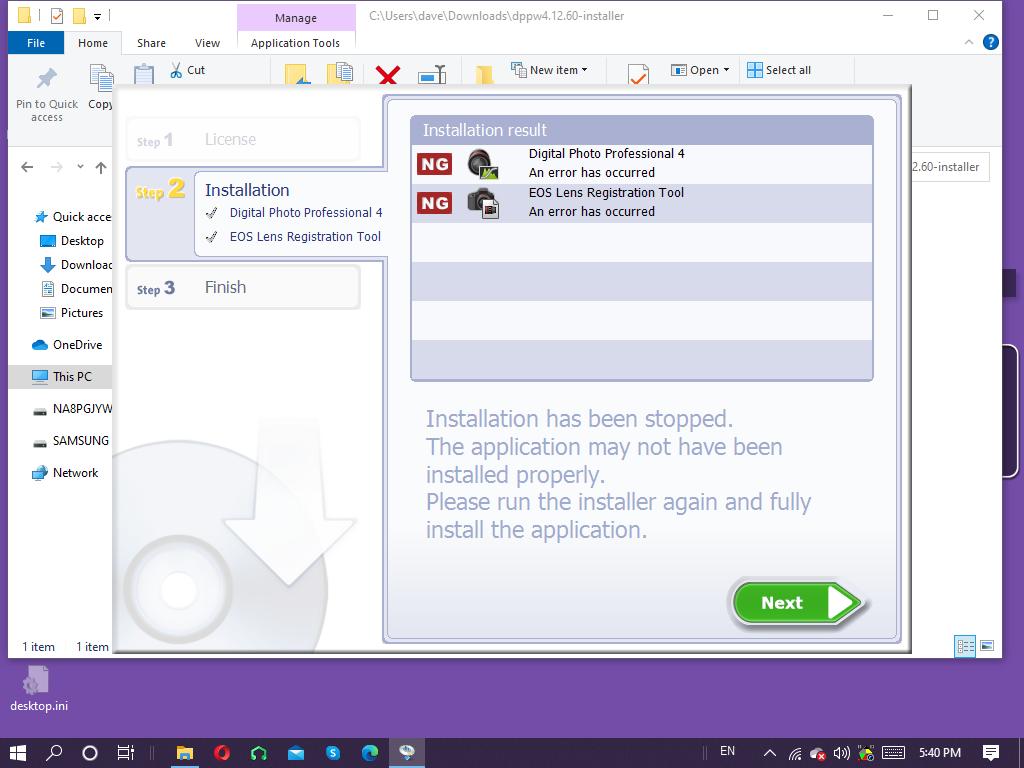 Hi, have you been able to solve this problem??,, i have the issue too
0 Likes
Share
Reply
Go to solution