Sports photos are usually action oriented but it has its humorous moments like this one I captured Thursday night at a conference final/senior night soccer match.  The first two images are #20 vs #20 with a ball handling move that results in some close contact and a "what the hell was that about" look from one of the players 🙂

The head coach is a personal friend and I shot several of their matches this season.  Their #20 is a team favorite and all around great kid who is fun to photograph and he celebrates with class and enthusiasm when he scores a goal.

The third image occurred after the blue and gold squad ran up a 7-0 lead and the varsity starters are exiting the field to let the younger players take over to finish the match.  The senior keep and senior forward hug briefly as they play their last match together while an opposing player claps for them.  I shot a really ugly football game Friday night with a player who caused multiple blatant foul injuries without being ejected due to officiating malfeasance and it is nice that those sorts of players and the coaches who mold them are the exception and not the rule.

All images shot with Canon 1DX III and EF 400 f2.8.  Even with the 400mm I was too far away for a great shot of the keep and forward but it was too nice of a moment not to capture. 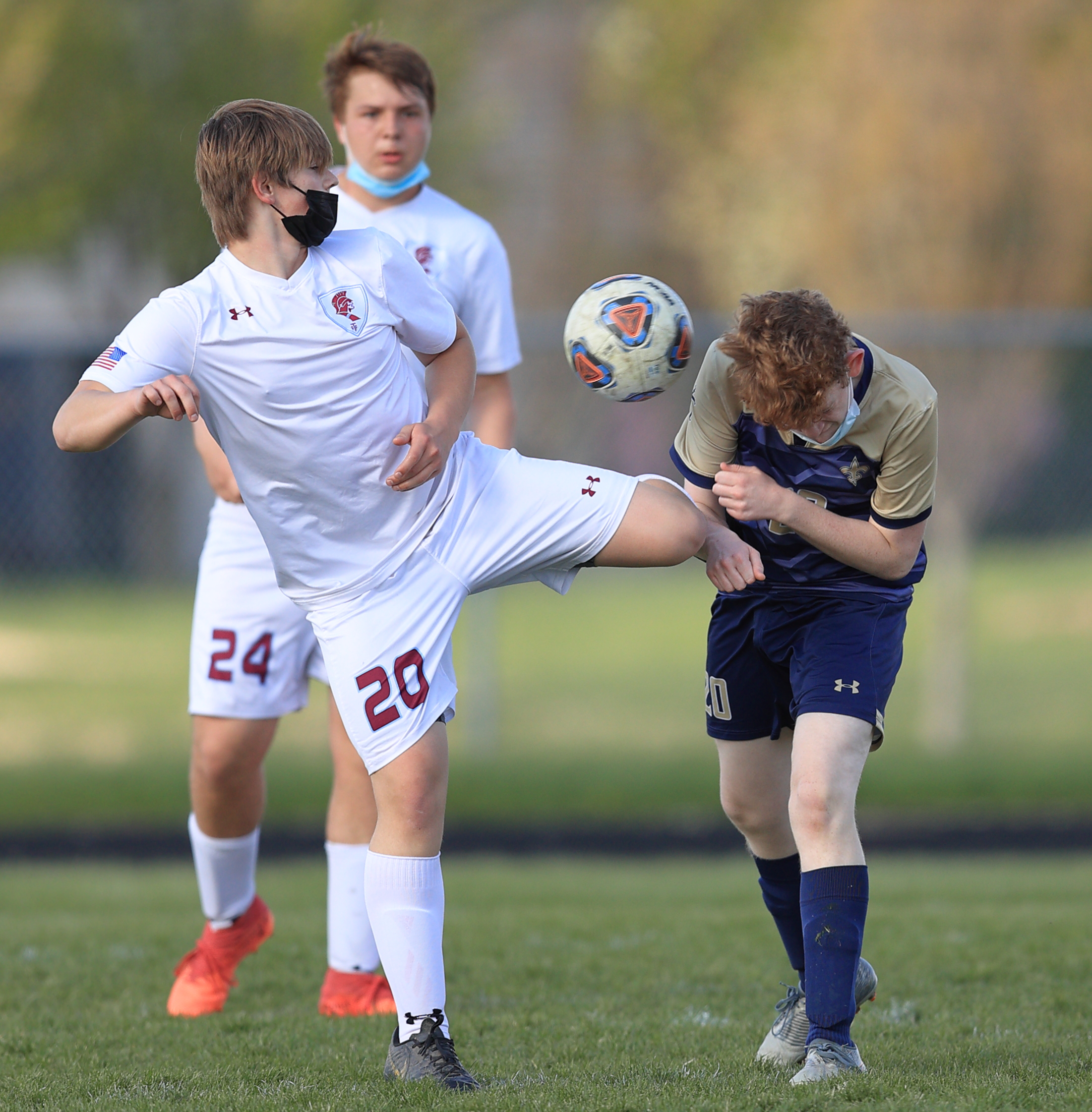 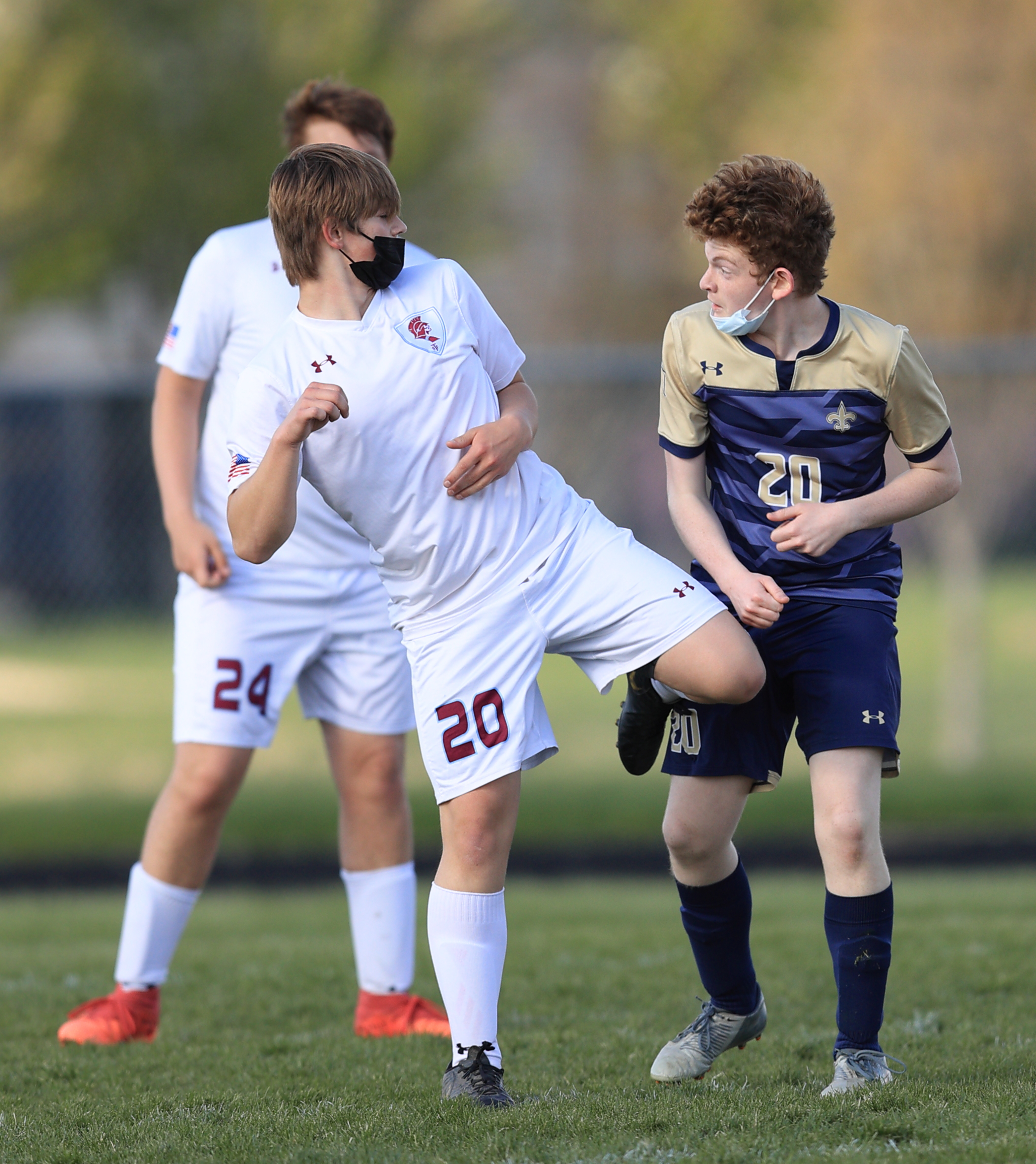 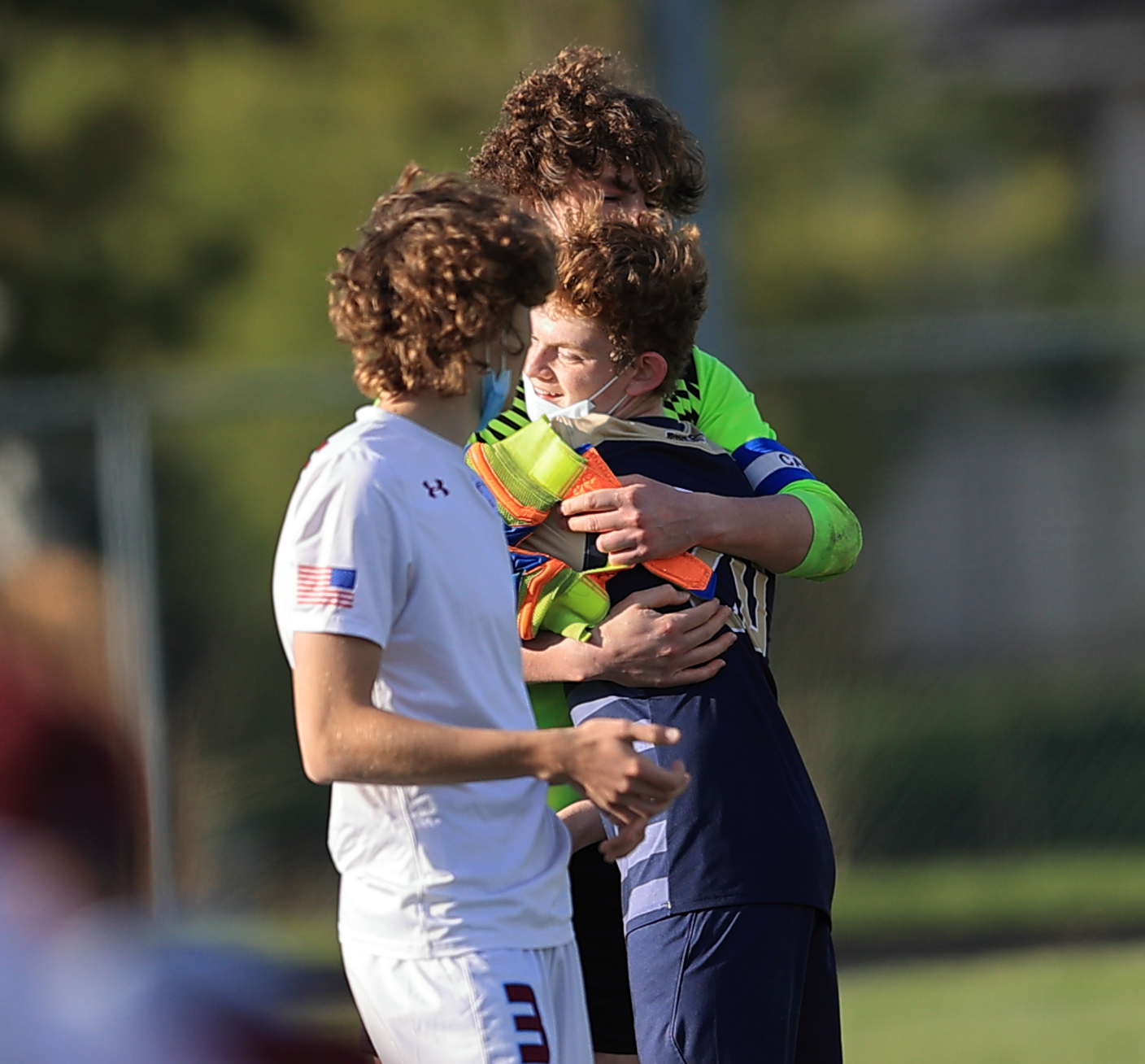