Hey, I bought a new motorcycle.  Shot with Ambient light. 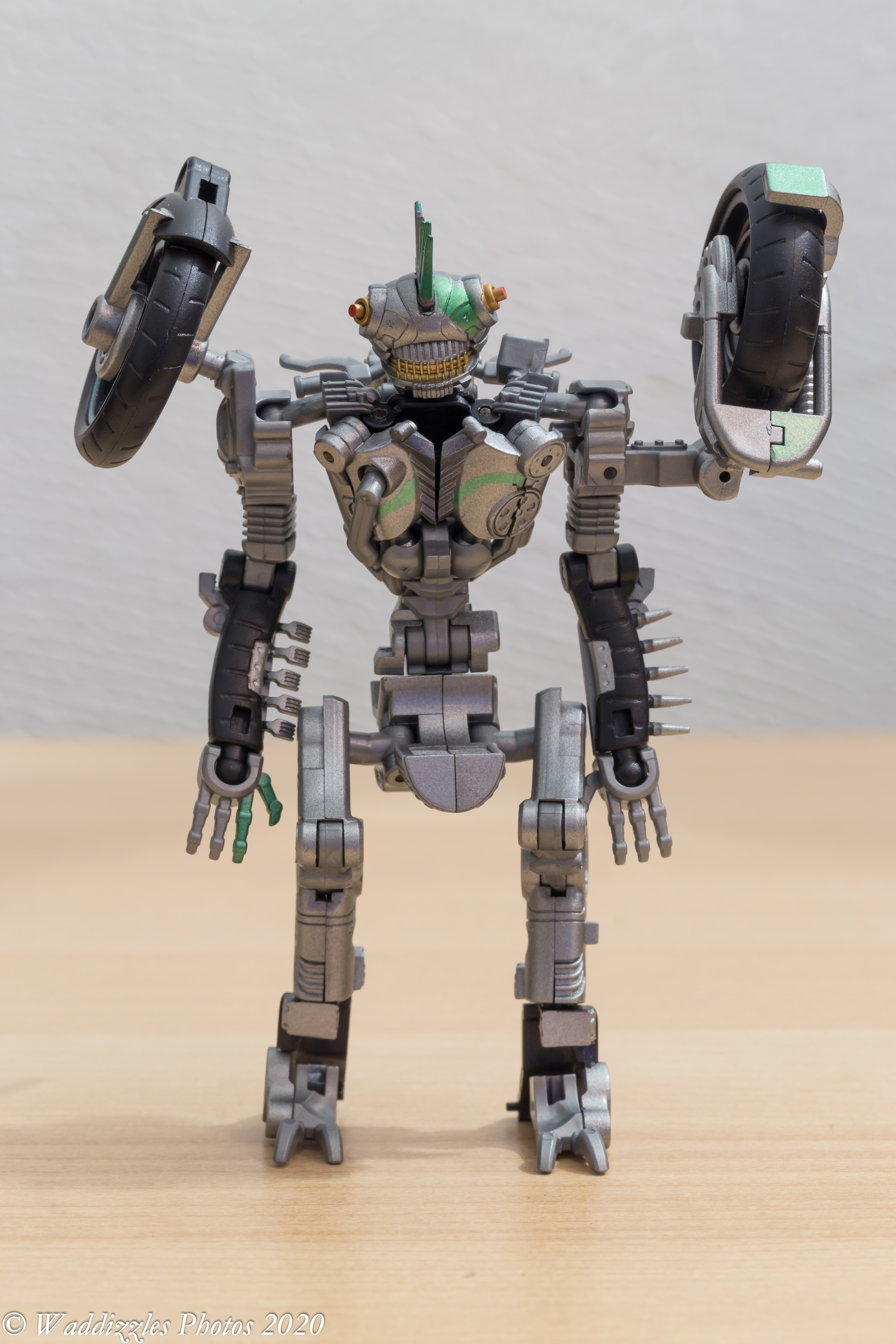 I didn't know that it had legs. 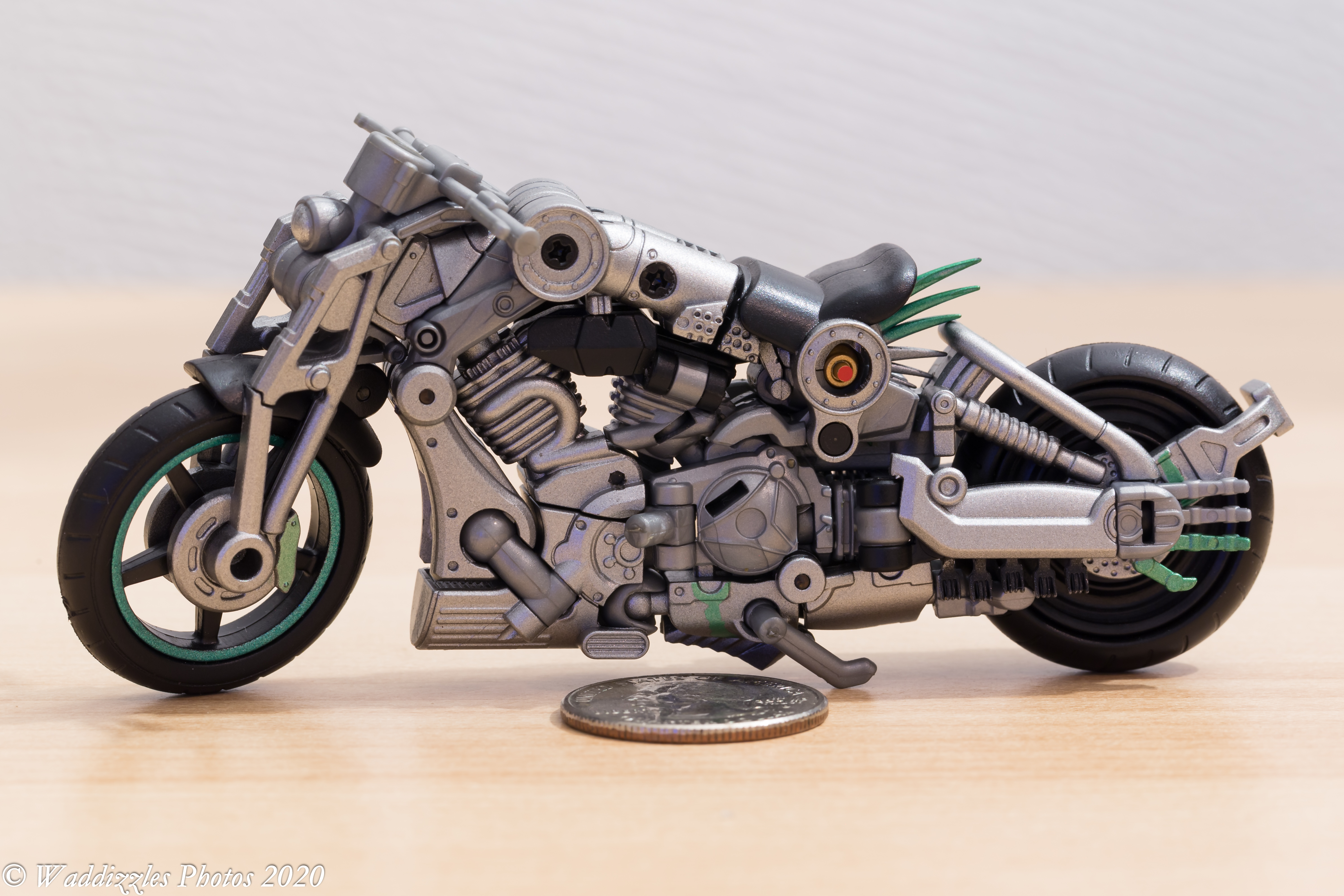 Suddenly, some guy in a grey suit stole it from me. 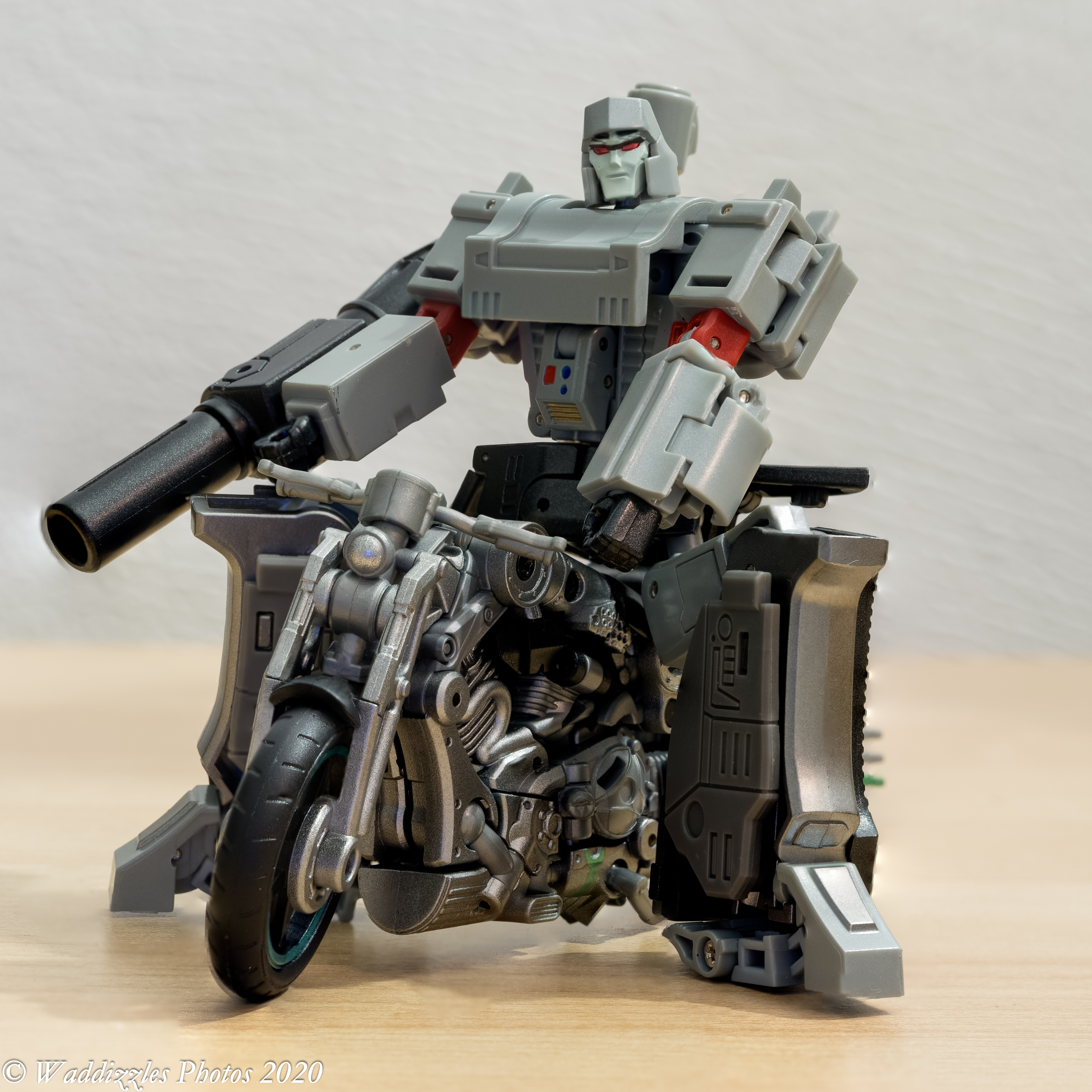 This last is a ten shot focus stack in PS.  Same exposure settings in all shots.

This guy came along with a big yello hammer.  He got my bike back for me. 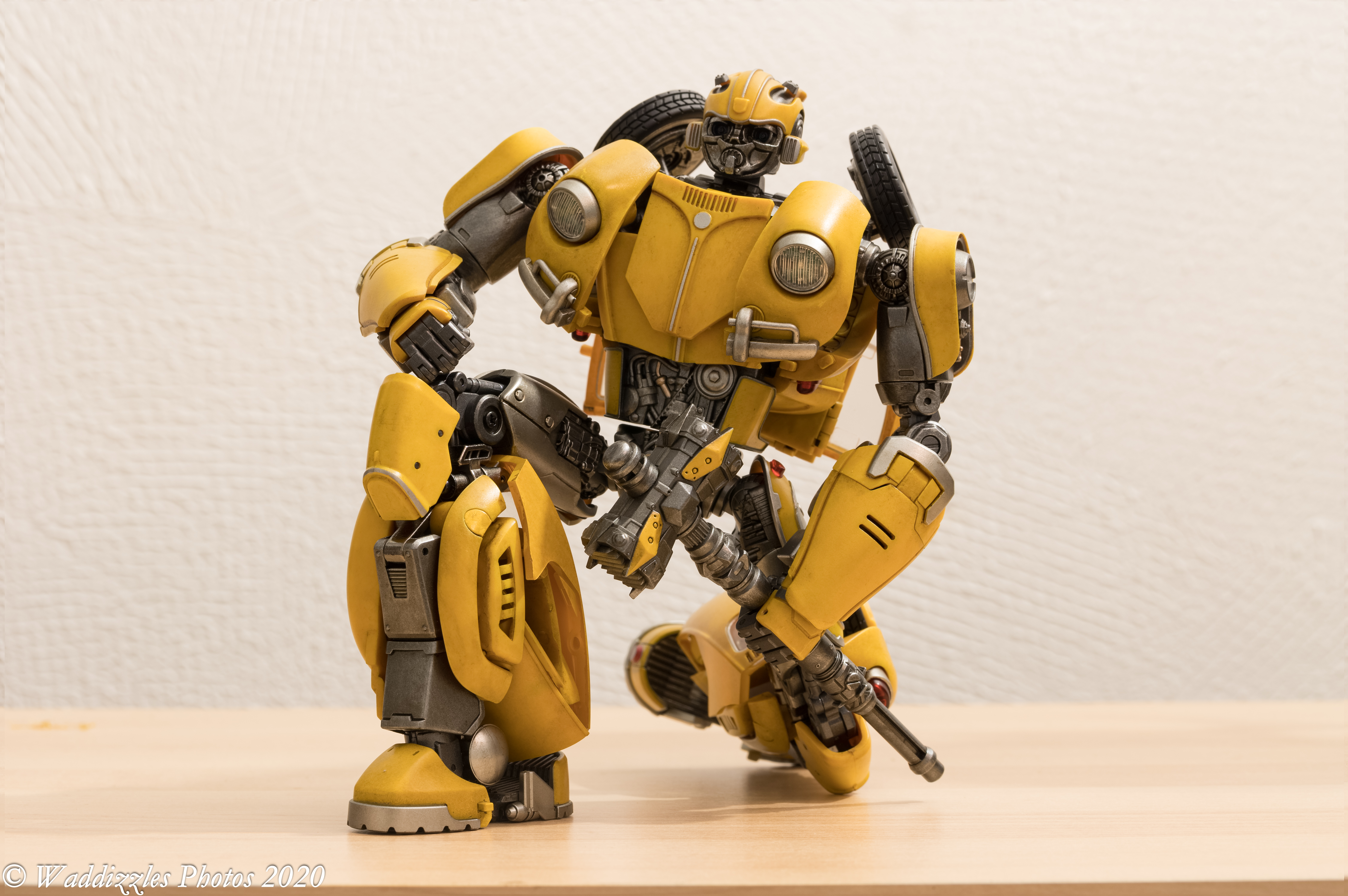 Because of the size of this figure, I needed a 22 shot focus stck.  The toe of his boot is the size of a quarter. 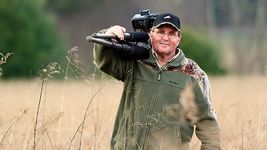 Thanks!  I decided to dabble into building camera profiles for Lightroom.  I needed a model for test shots that would not move, not even a smidgeon as I switched between cameras.  Sane exposure as above 20 sec, f/16, ISO 100.  Ambient room light. 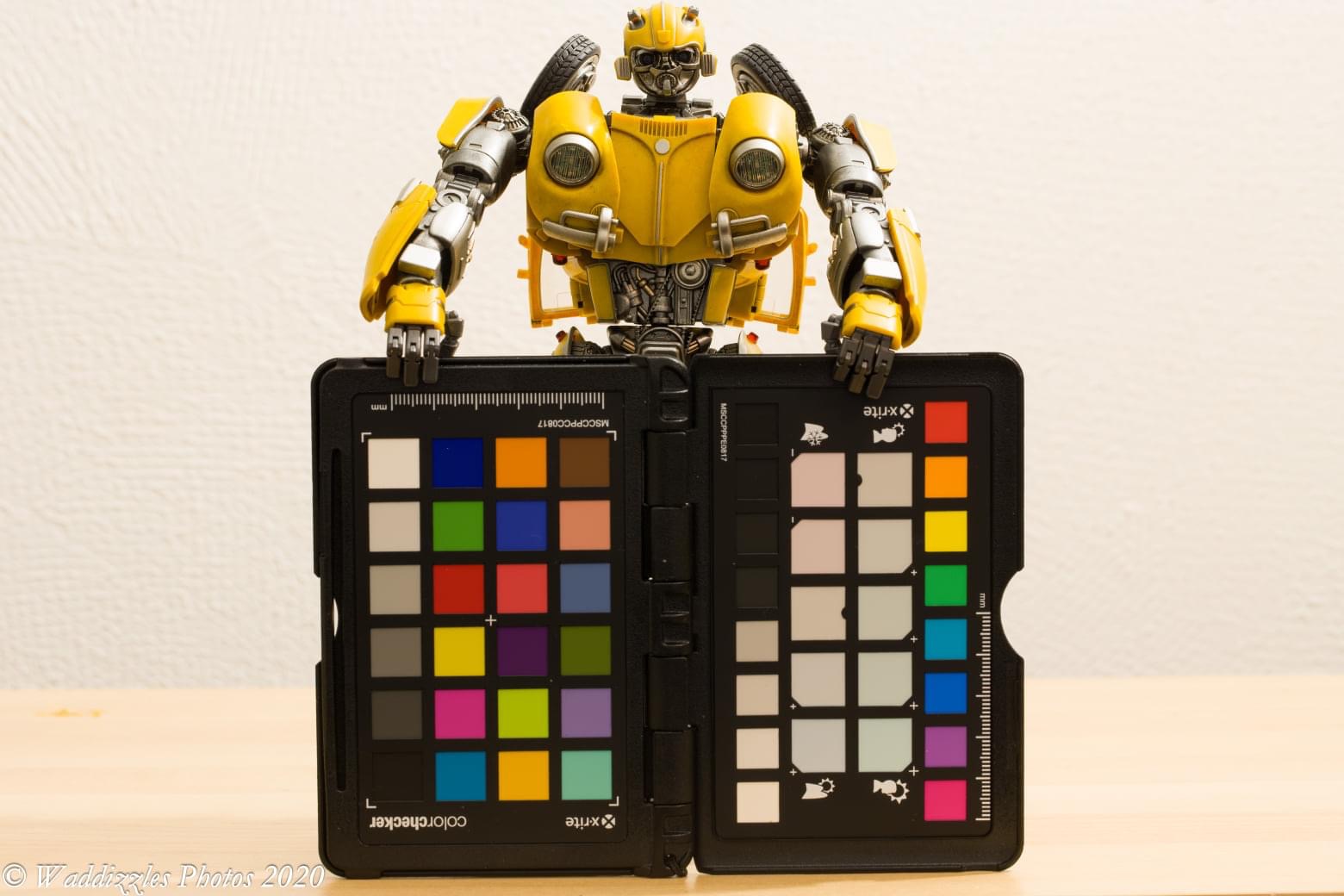 I turned a tedious task into a couple of hours of fun. 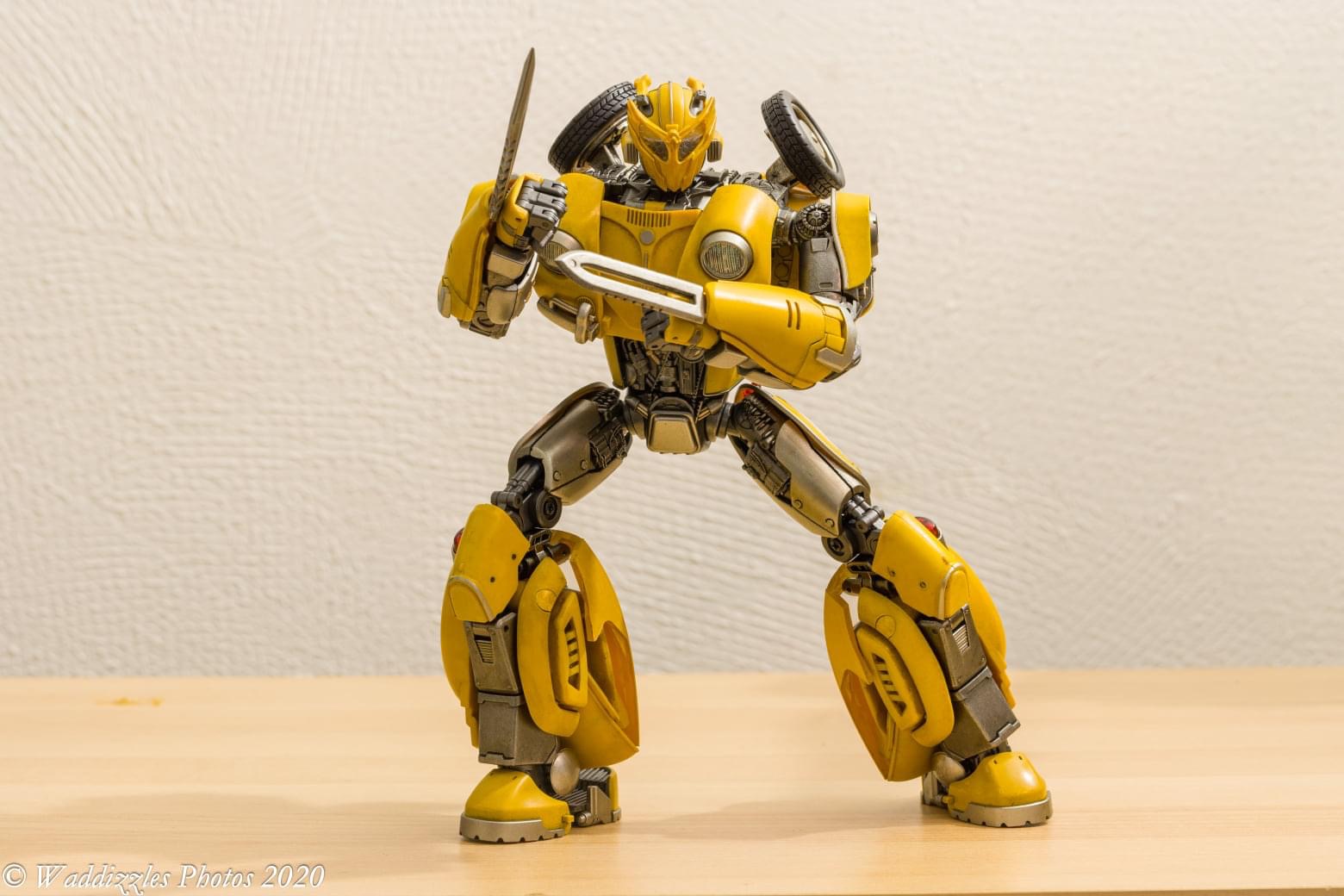 Yup, I was having fun. 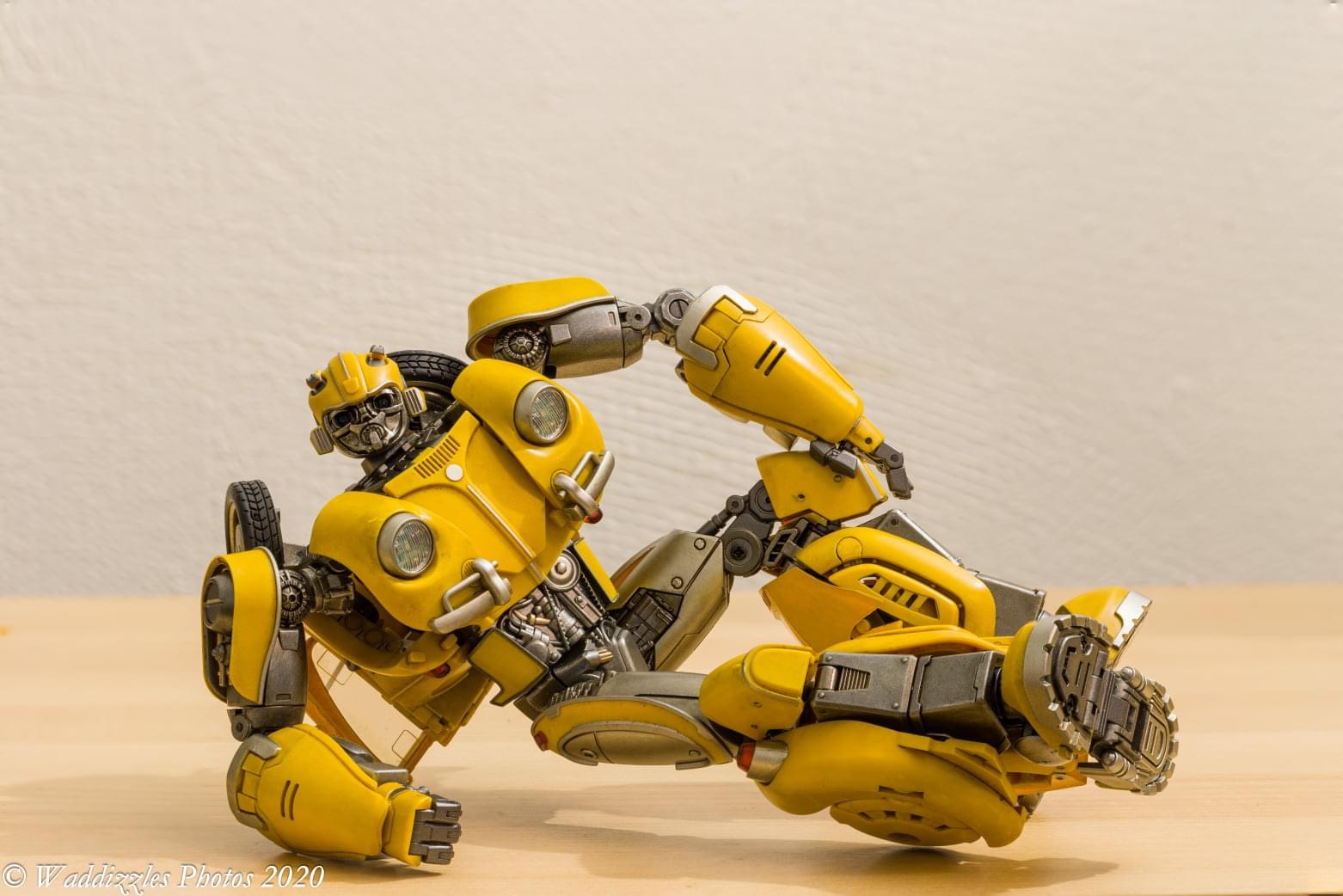 A little too much fun.  I finished the calibrations, then I started testing them. 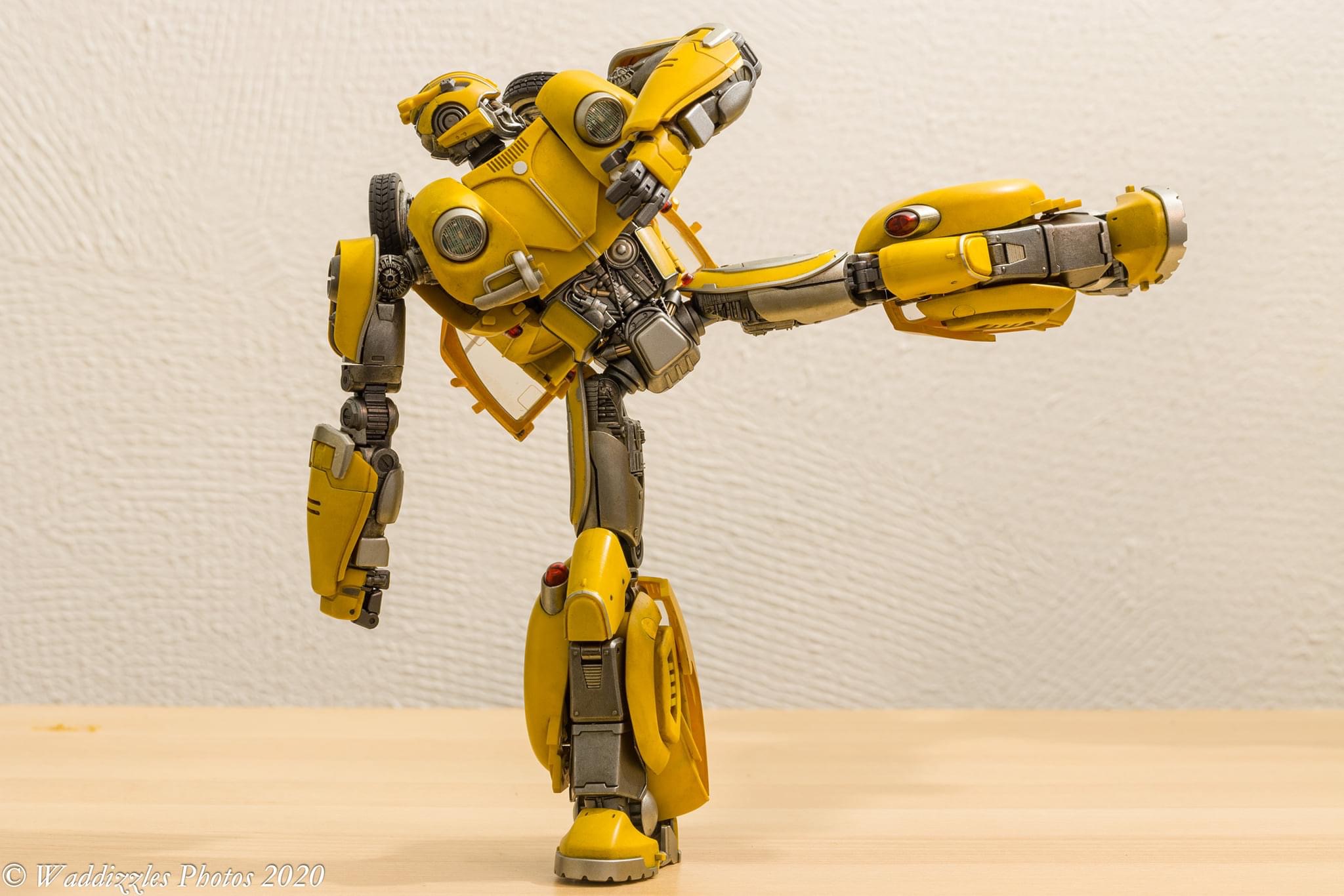 The forum does not do justice to the end results. 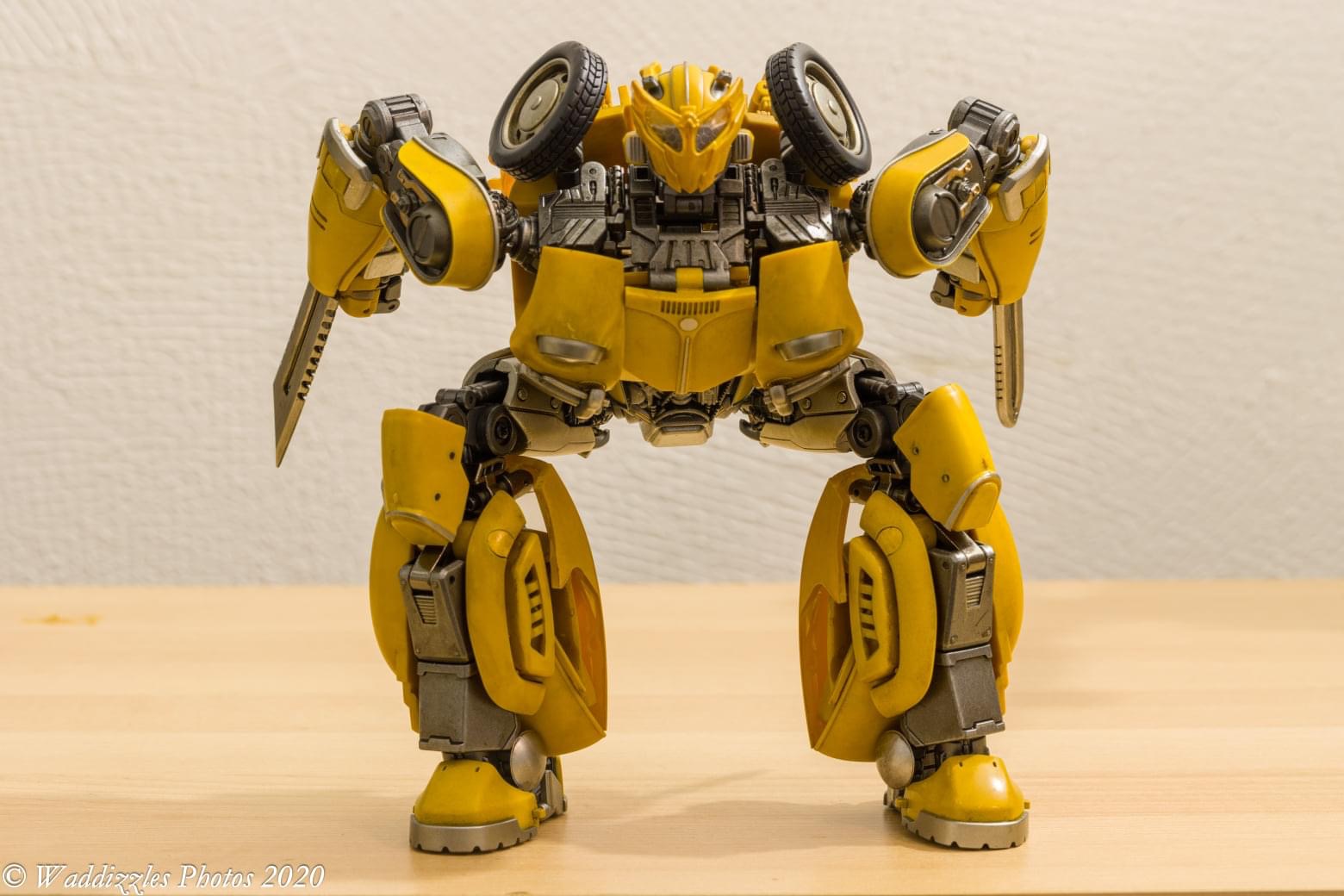 Here is a crop of the above shot.  Forum file size limits not do the images justice. 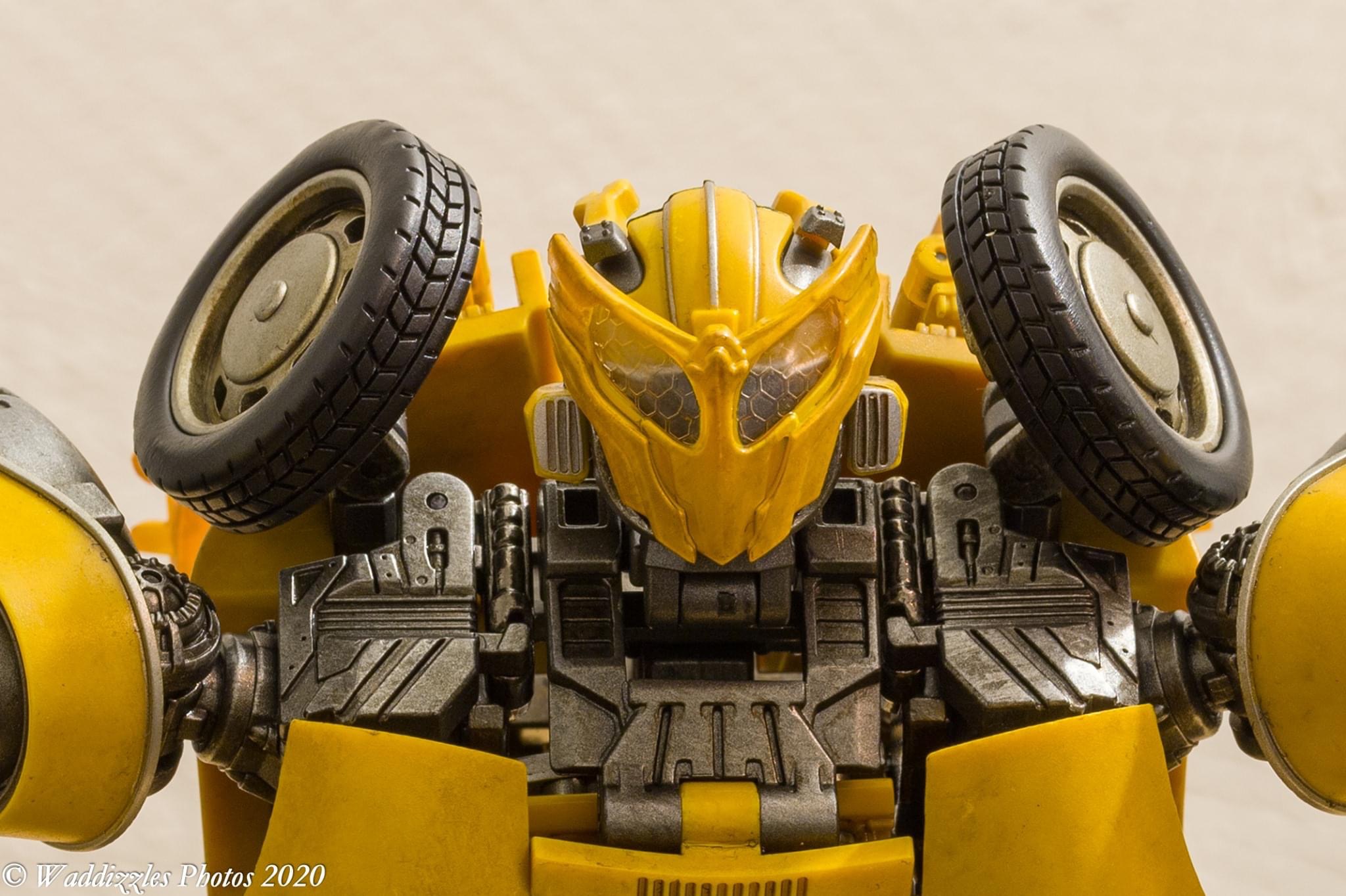 Ahhhh ... That would explain the 20 second exposures

Ahhhh ... That would explain the 20 second exposures

Yes, I was shooting at ISO 100 with ambient room light.  Which is why I needed a "model" that could hold a pose without budging almost indefinitely.  The overhead light still had incandescent bulbs.  The white wall in the background looks as warm in the photos as it does to the eye in the real world.

It was as much a learning exercise, as it was just plain fun.  I would compare it to doing an AFMA to calibrate a lens to a camera.  Now, my cameras are calibrated to a standard color chart.

If you have ever used Lightroom, then you have seen the "Profile" drop down at the top of the "Basic" tab.  Normally, you are given a choice of a generic "Camera Standard", and several Adobe profiles.  Now, the "Camera Standard" profile has been replaced by one named for my specific camera.  In addition to the default Adobe profiles, I now have a choice between the old generic profile, Camera Standard, or the custom camera profile.  Different cameras can only see their custom calibrated  profile, not any of the calibrated profiles for the other camera models.

The custom profiles are applied during import.  Or, you can do your normal import, apply the profile to one image, and then sync that profile to the rest of your images shot with that camera.  Now, when I open files for editing, the colors are identical from one camera to the next.  Making any of the Basic adjustments produce near identical results across different cameras.

Yup, I had so much fun that I spend a few hours taking more test shots the next day. I was comparing doing custom WB in the camera, to applying the custom WB in post.  I think it is definitely easier to do in-camera for a single shooting location. 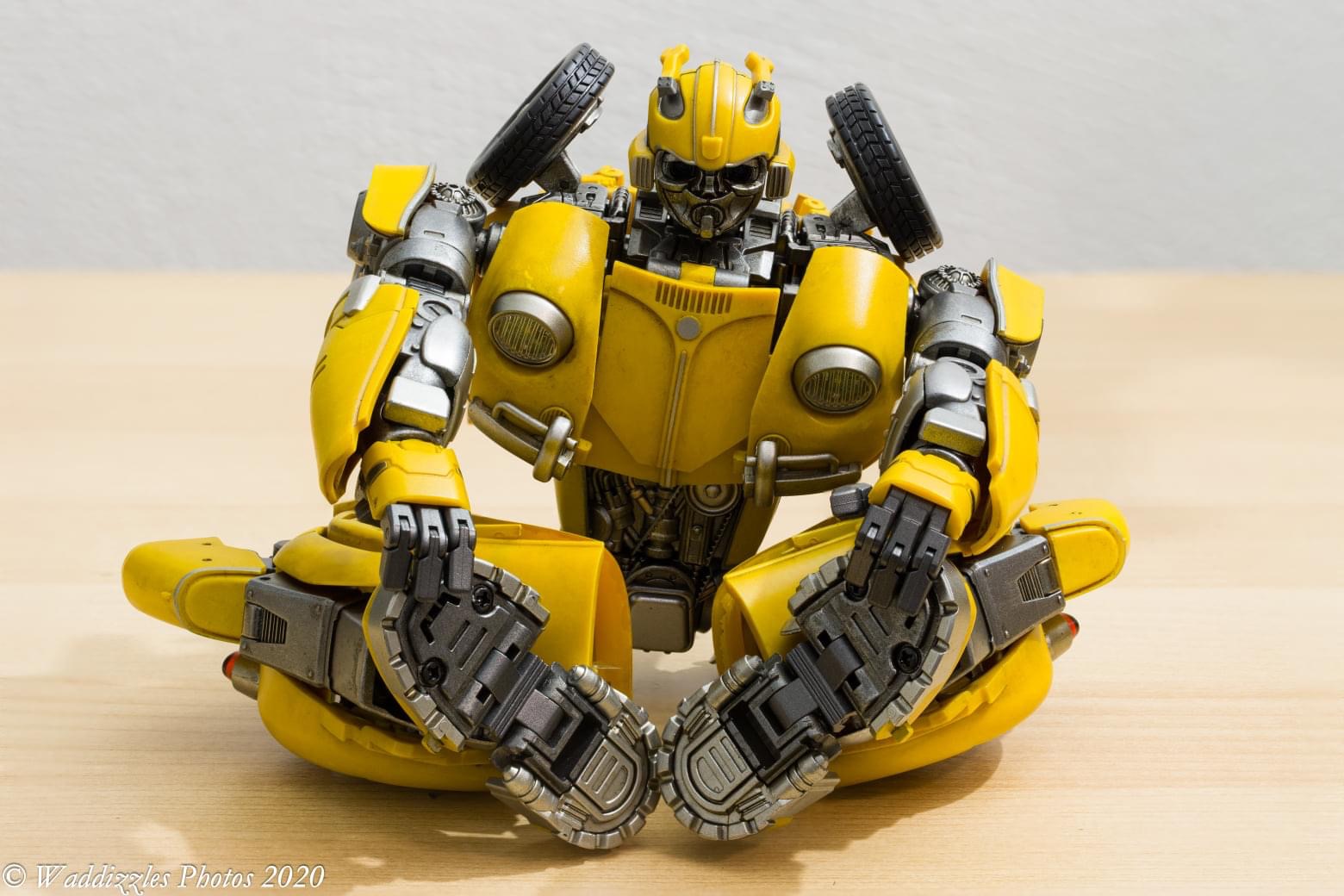 Oh, yeah.  The guy in the grey flannel suit, who stole my bike, returned.  He had fully recovered from reconstructive surgery.  This time he was wearing a grey battle suit made from a some type of armor. Even his face and hands had been coated in shiny grey armor.. 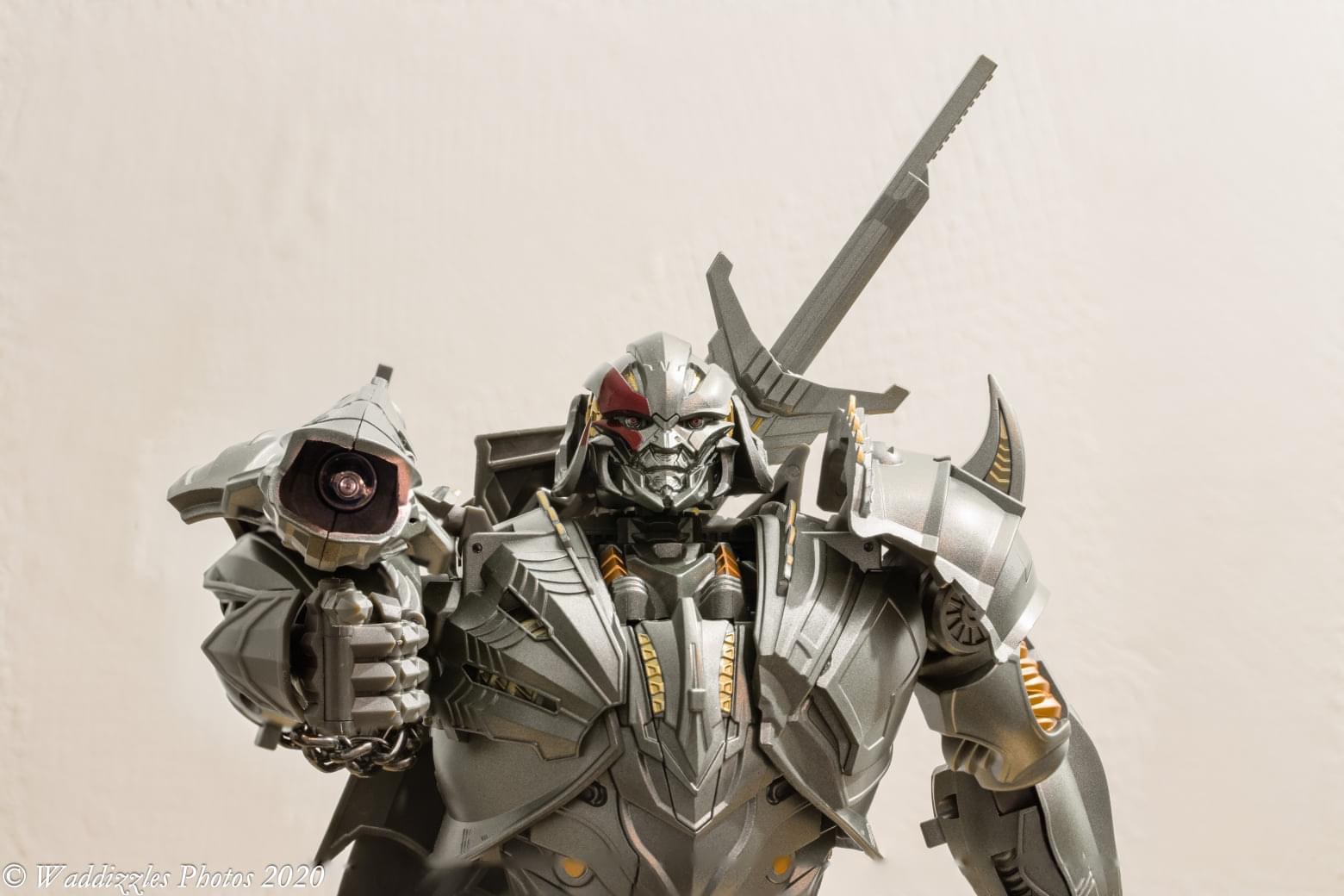