Auto-suggest helps you quickly narrow down your search results by suggesting possible matches as you type.
Showing results for
Search instead for
Do you mean
Reply
Topic Options
Tronhard
Respected Contributor

Yes, I admit it, I have a lot of gear - mostly because over the years I have never sold much of it.  So my older stuff remains, still with its original boxes and packing, even receipts!  But that is not to say I don't use it from time to time, just to remind myself that it can do a job, to challenge myself to get a decent photo out of it (that's always a matter of opinion) and to remind myself that tech has got a lot better.

Buried at the bottom of it all is my first digital camera, a Canon G1, purchased (according to the receipt) in 2000 for my birthday according to the date.  It offered a massive 3.3 megapixels of capturing capacity with its 1/1.8 CCD sensor.  I even have the adaptor ring and tele lens in their respective boxes.  So rediscovering this was like going through an estate's collection of stuff: except, of course, I'm not actually dead yet!

Having been immured in my house for most of a week with massive storms outside, I got tired of watching the wind rearrange the garden furniture and decided to go to the beaches on the windward side of Auckland (in this case Muriwai, home of the famous gannet colony - although they are wisely in Aussie right now).  For the sheer curiousity of it all I charged the massive batteries for the G1, also the SX60HS and my two water resistant cameras: an Olypus TG-5 and a Nikon 1 AW.  I decided to do a comparitive photo shoot.   Not to be outdone I also took along the Canon EOS 5DIV with the 100-400MkII+1.4MkIII extender, and a Canon 80D with the Sigma 160-600 Contemporary lens, in case there were any serious shots to be had.

It was pretty windy when I arrived: steady wind of over 60km/hr with gusts up to 100km/hr.  So there were massive seas and no surfers but quite a few wind surfers were out on their boards, spending a significant amount of time not touching the water.

So here are some photos from the experience.  They were all shot hand-held in RAW, converted in Photoshop and output as low-res JPGS to put them up here - average size about 3MB. 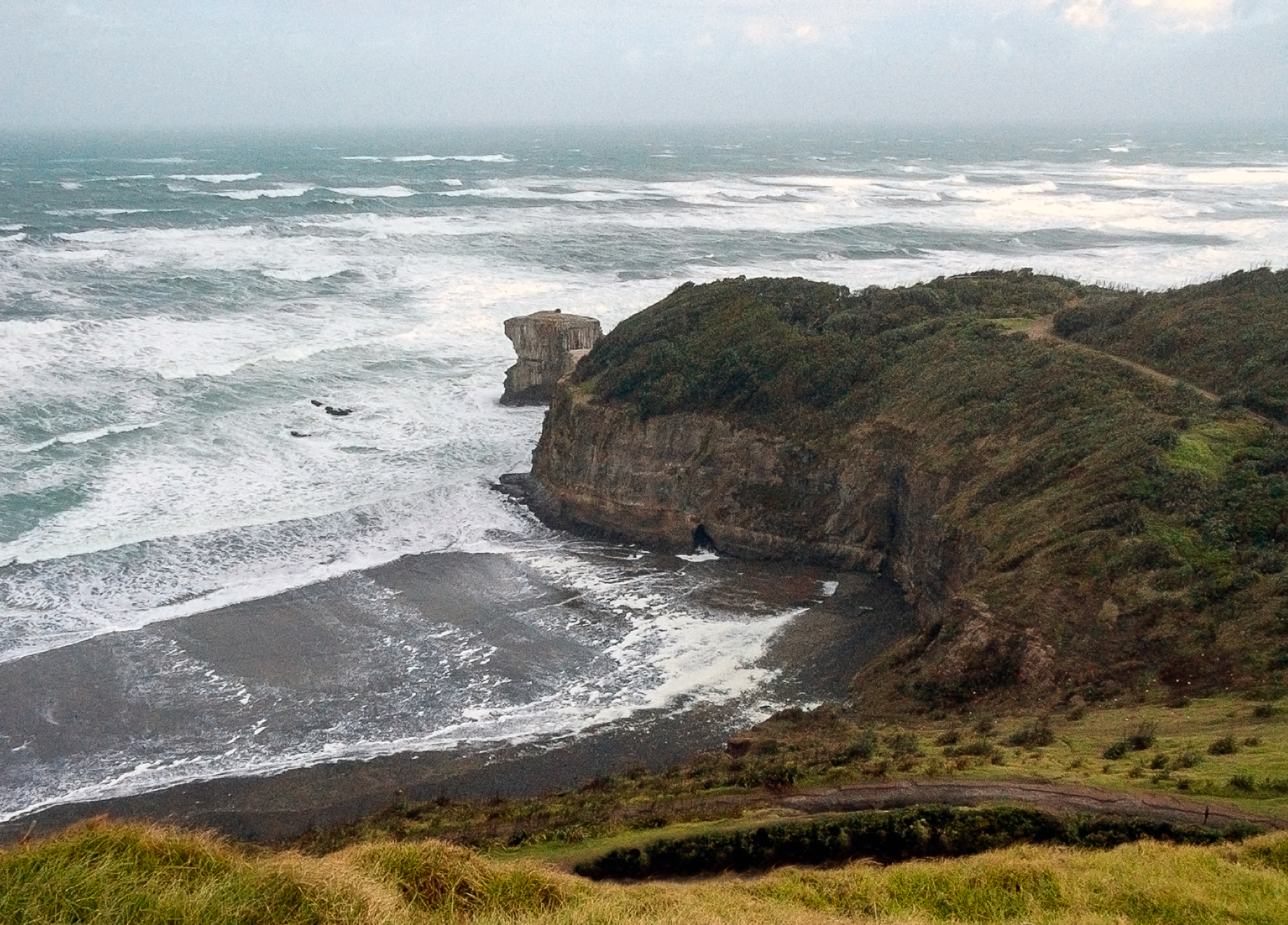 Next the Olympus.  This is a much newer camera, released in 2017, with a not outrageous 12MP 1/2.3" BSI-CMOS Sensor and Trupic III processor. It offers 2.5 stops of stabilization. Personally I have issues with cramming huge numbers of MP into small processors and this camera is regarded as offering better performance in low light (not unusual underwater) and I note the newly released TG-6 has the same configuration.  The TG-5 has constraints on what apertures you can choose, which I hope will help explain the difference in the settings. 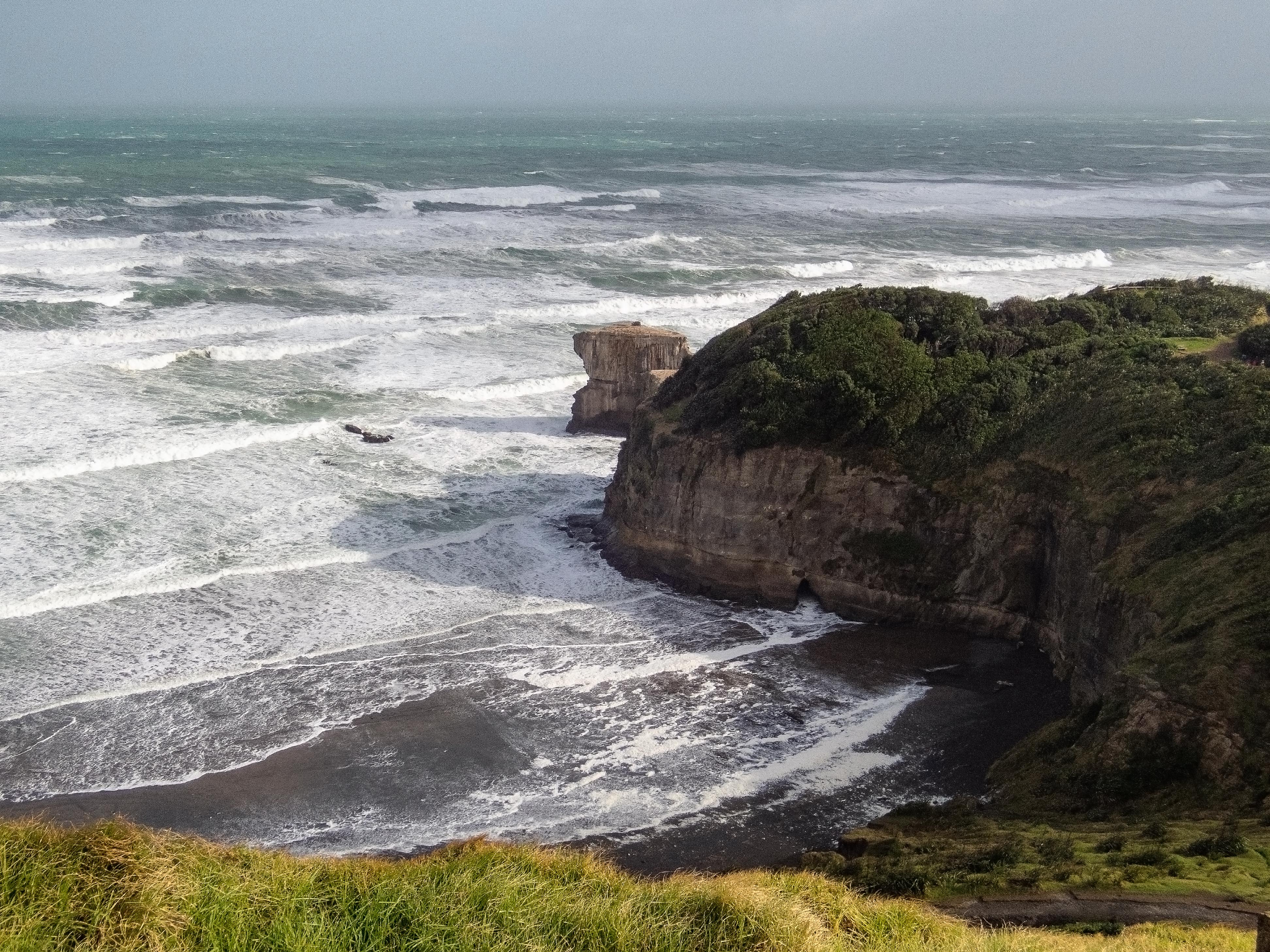 Next the Canon SX60HS.   I am a fan of this camera IN CERTAIN CONDITIONS, and this was not one of those conditions.  The light was not great and had got worse by the time I got this unit out.  So with its 1/2.3 BSI-CMOS sensor it was more of a match to the Olympus, but it has many more, smaller sensors and I think that was not to its advantage in this situation. 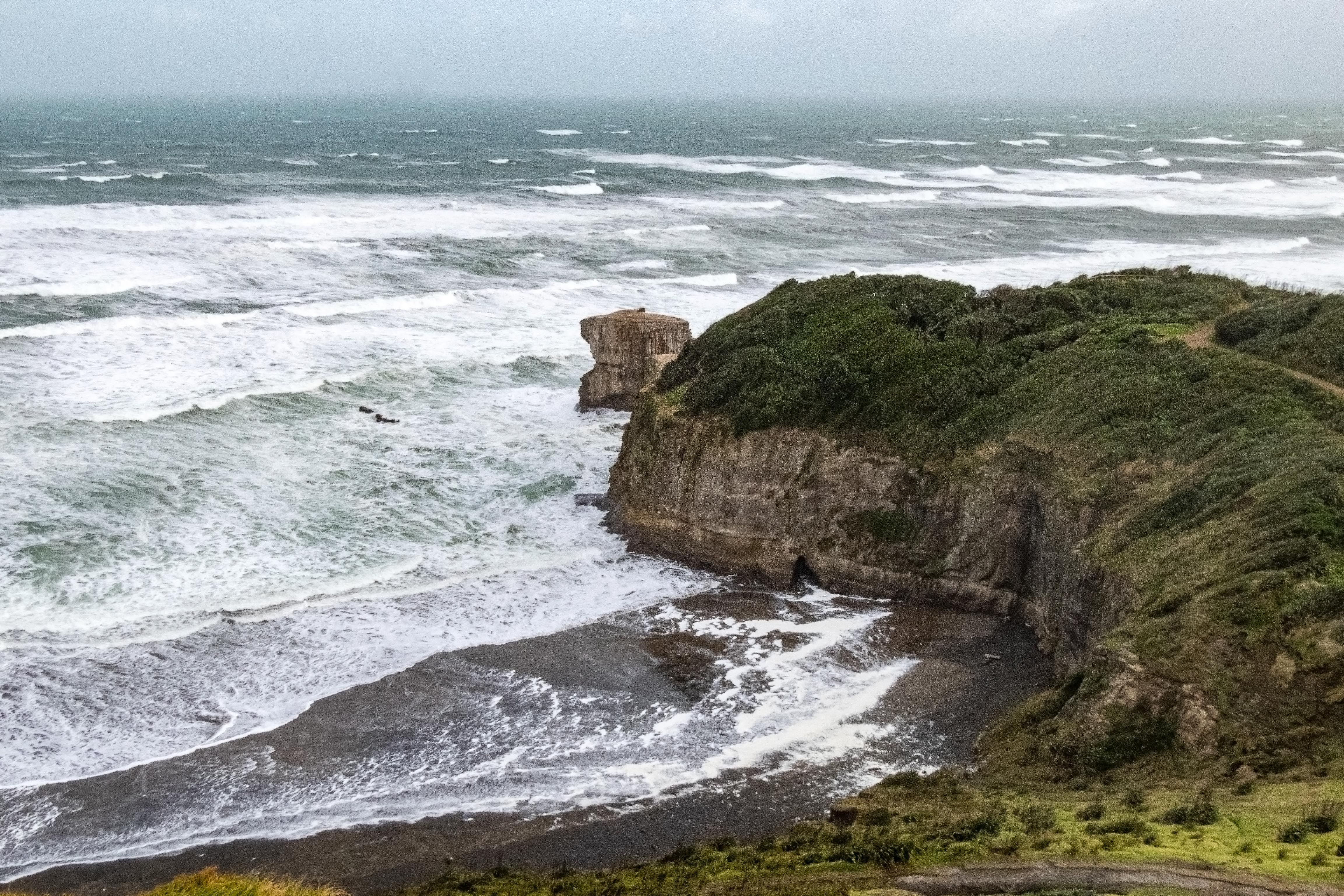 Just to be fair to the camera, I took another view that I thought the lens would do more justice to; 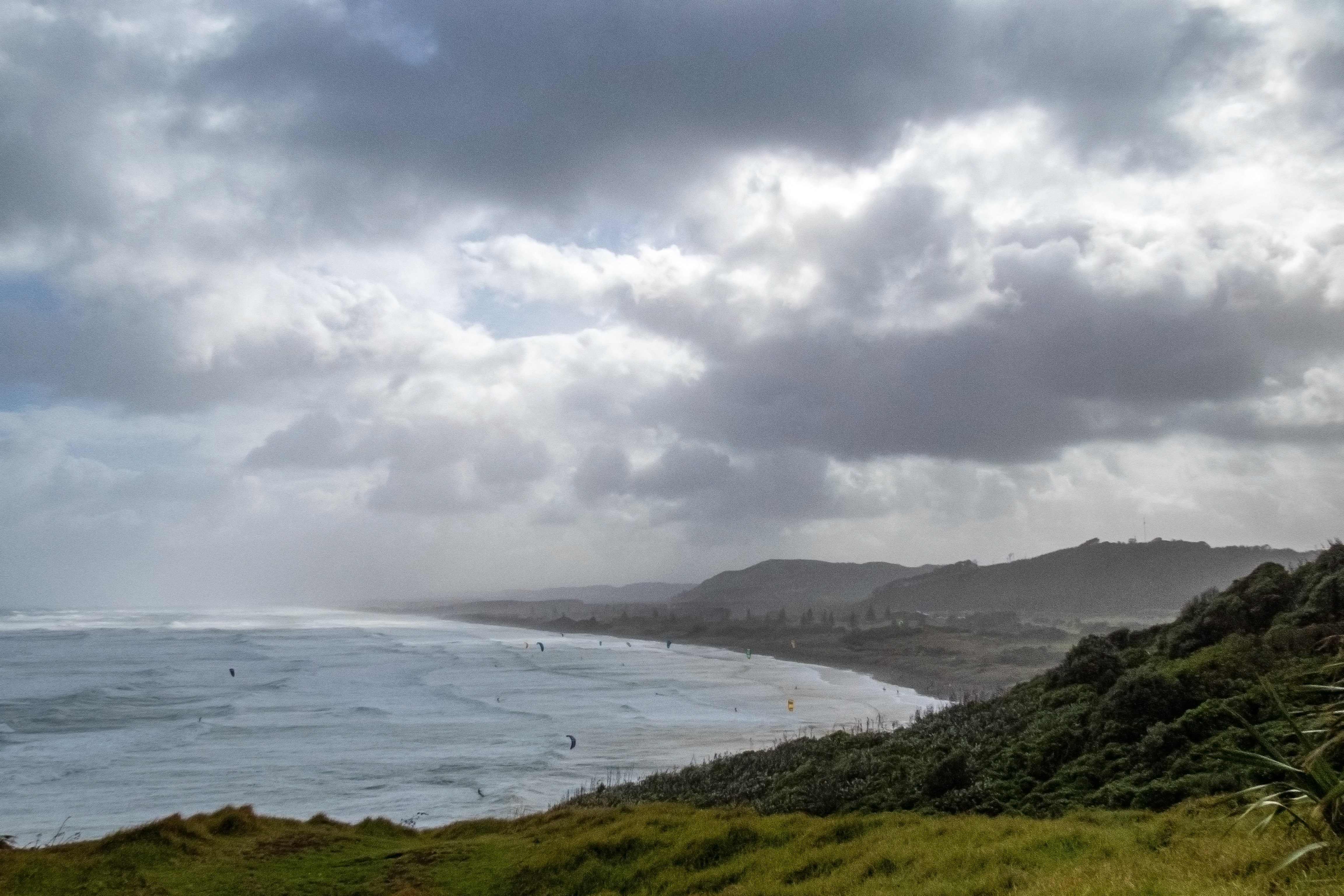 Next came the Nikon 1 AW.  It was dealt a blow with many people complaining that it was not actually water-tight when used - something of a drawback for an underwater camera that claimed it would work down to 15m.  Still, I got it so that if I got caught in a massive rain storm I would not lose my camera - so my demands are modest.

This actually happened about six weeks ago when I went hiking on the Tongariro National Park, which is centred on a set of live volcanoes in the central plateau of NZ's North Island.  I had taken 2x EOS M5's and a Powershot G5X with me and the day before I went I purchased Thinktank Mirrorless Mover bags that boasted rain covers.  The weather turned (really) bad and I had to turn back, and in the initial stages of a 17km, 4-hour hike I was caught in a big storm.  I was fine but when I tried to deploy the covers over my camera bags I could not get the covers around the D-Rings for the camera straps - there were no eyelets in the cover to feed the rings through.  So, with impropertly covered bags I tried to keep them sheltered, but on getting back I opened up the bags and water literally poured of the cameras.  I carefully dried of the cameras and the M5's came back to life but not so the G5X.

So I got the Nikon to avoid such a situation again - it doesn't need to go under water, just survive a heavy rain.  (BTW I contacted the store who agreed they had the same issue figuring out how to deploy the covers, and the ThinkTank people admitted they had not really made the point that there are two miniscule fabric loops at the back of the bag to which one is supposed to transfer the straps from the larger metal D-rings so that the cover can be properly deployed.  My bad for not checking before going, but their design and documentation could do with improvement too.

ANYWAY, the Nikon 1 boasts a 1" processor - so significantly larger that the other cameras. 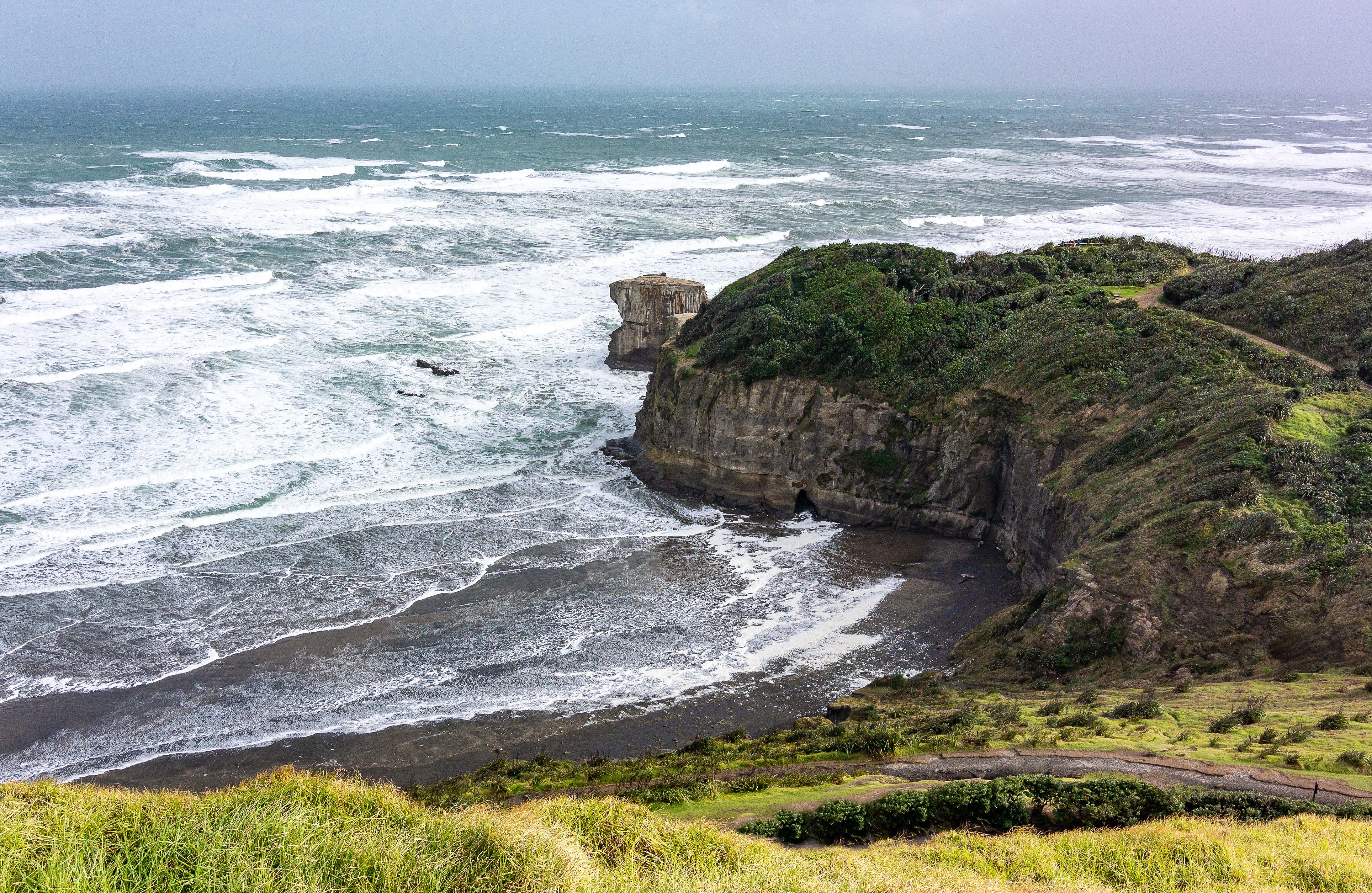 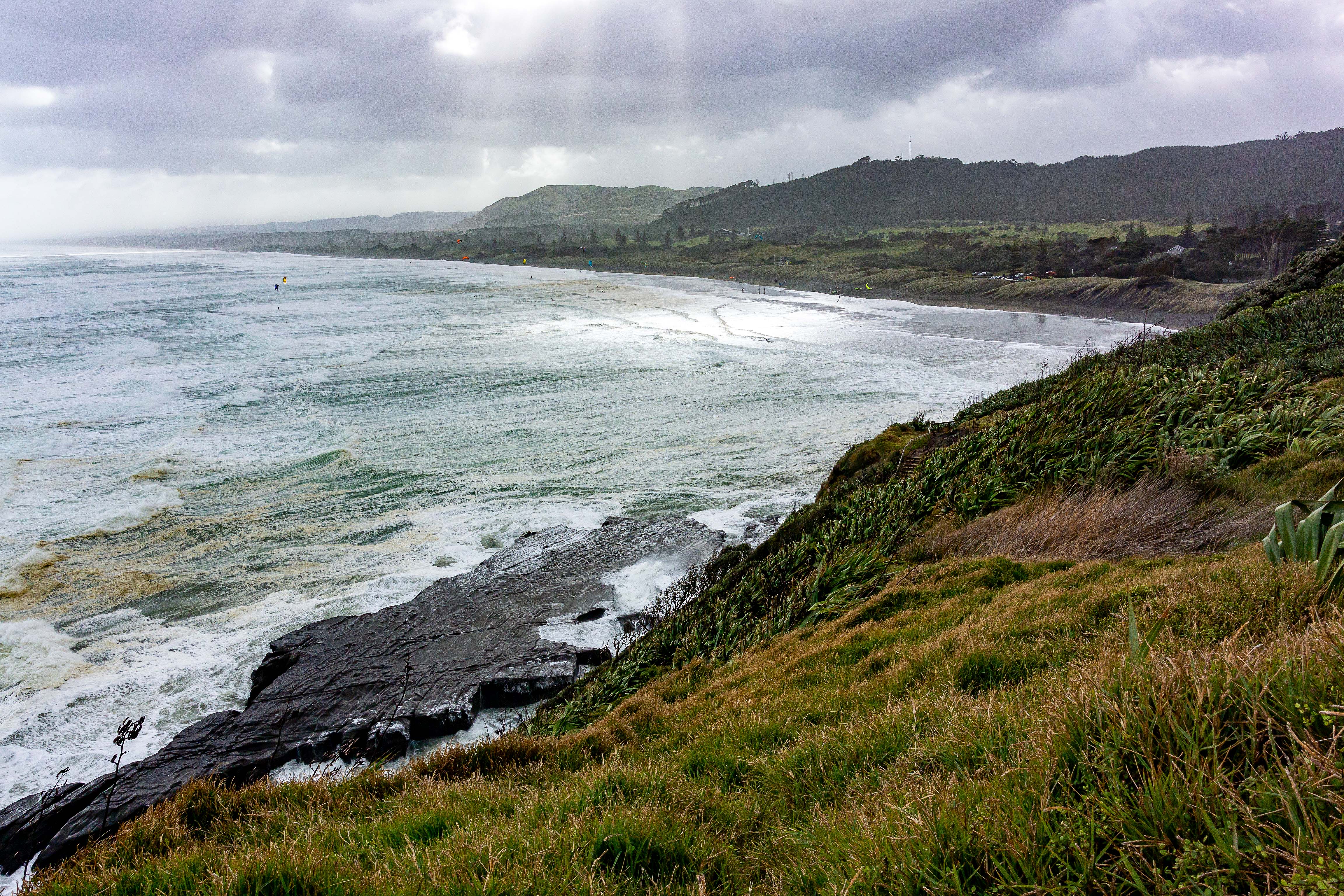 Just because I took them, here are a couple of shots with the 5DIV.  This was obviously at a super telephoto end and the results were more dramatic. 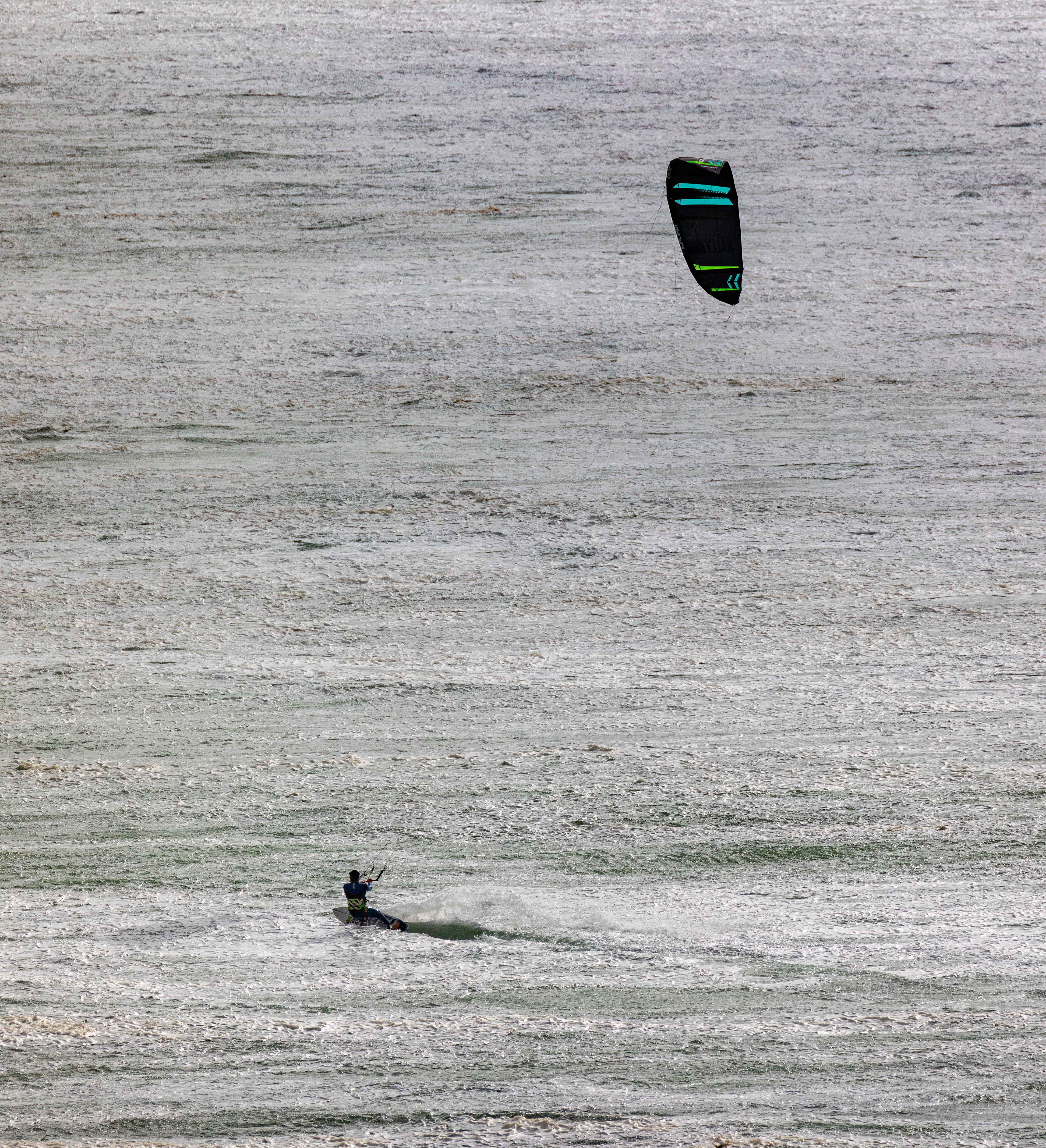 The ability to crop this down was impressive, especially as all my shots were hand-held and the wind was brutal. 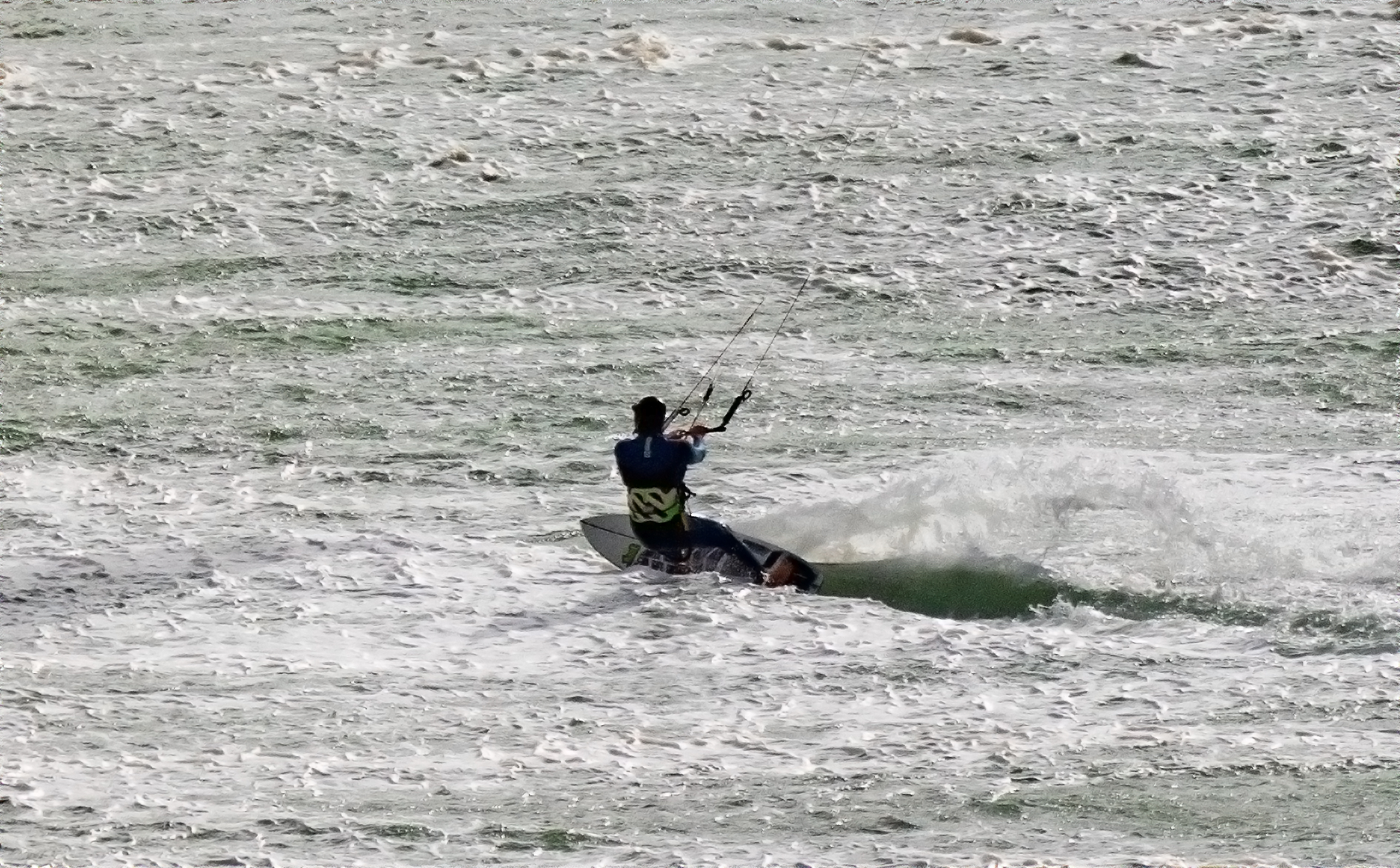 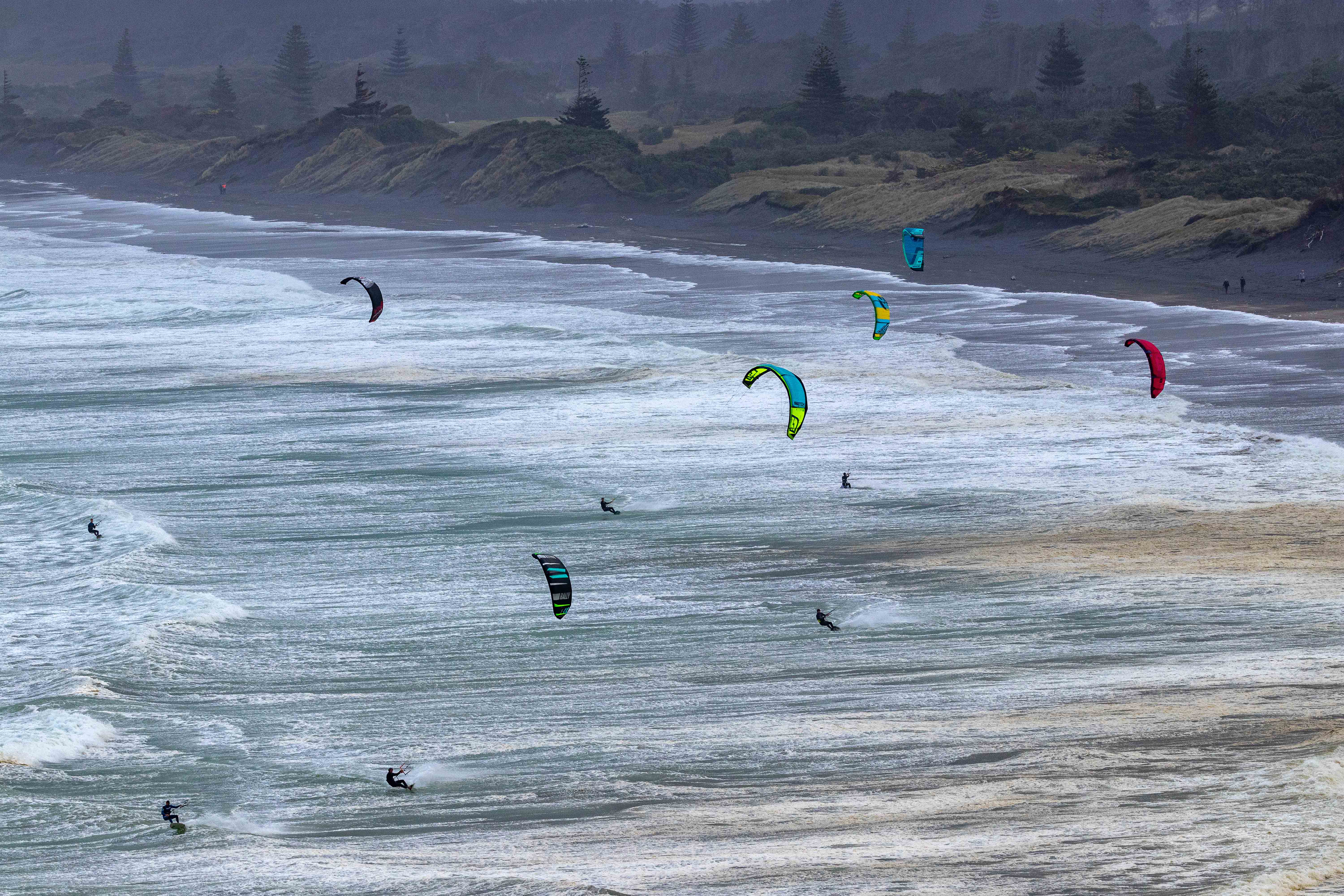 A comment on conditions:  While I was shooting an elderly gentleman (elderly is at least 15 years older than me) came by with his Sony bridge camera. I was in a partial lee so the wind wasn't too bad.  After chatting for a while he decided to move further away into the unsheltered spot and when he did so the wind just took him out sideways - like an invisble footballer tacking him.  I helped him up and he was ok but shaken.

So... this was just reporting on an execise, partly for looking at how old vs. new shape up and of course to revel in the gear we are now able to put into the field.

Thanks for sharing the interesting images and the story behind them!

Digital imaging has come a LONG way in a short time.  My first digital was a Kodak DC-290 I bought shortly after it came out in 2000 because I was going to Cuba for a few weeks and I didn't want to try getting my Canon SLR and lenses through customs with all of the other stuff I was bringing into the country.  The sensor was only 2 MP, battery life was atrociously poor, "boot up" when the power was turned on could be close to 30 seconds, and after two exposures there was a long wait time until another image could be captured.  Those were all frustrating issues but it was incredibly compact compared to the Canon 650 I was using at the time.  When I returned home I continued mostly using film until I picked up a 1D Mark II in 2005 which was a rather large step up from the little Kodak digital

But if I hadn't had the early Kodak digital effort I wouldn't have had any images from that trip to Cuba so I really don't complain about its operational and output shortcomings.  The first image was originally one of the homes of the son of deposed dictator Batista which had become an interesting night club when I was there.  It featured a very elderly pianist and she primarily played for rum and if age and alcohol had robbed her of any talent she must have been truly unbelievable when she was younger.  The second photo was taken by a Cuban friend of a MUCH younger version of me standing by Ernest Hemingway's boat.

And Tronhard, I still have that Kodak DC-290 packed away but if I make it back to Cuba it will be staying home and one of my current DSLRs will be going with me.  I didn't have much opportunity for photography on that trip. 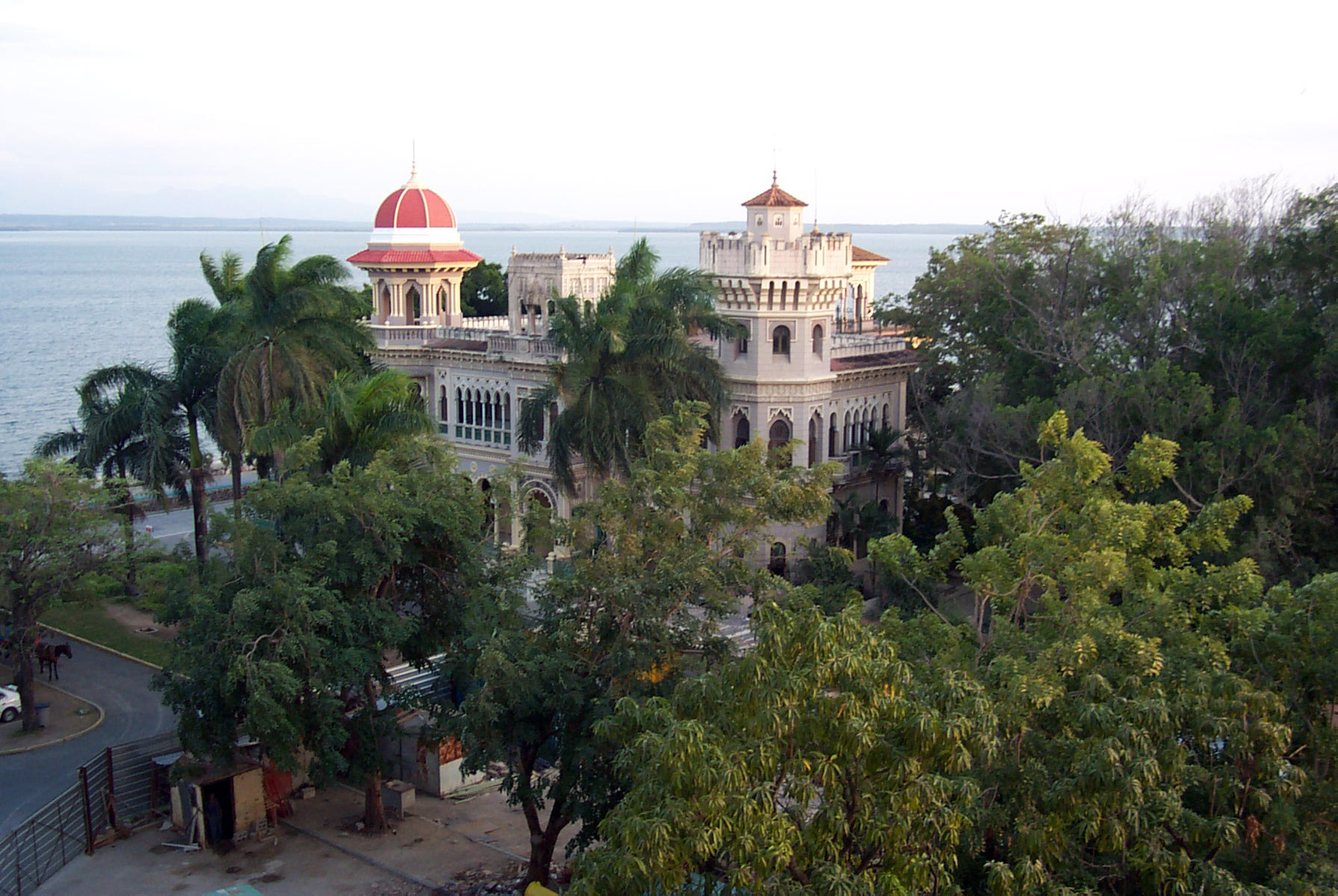 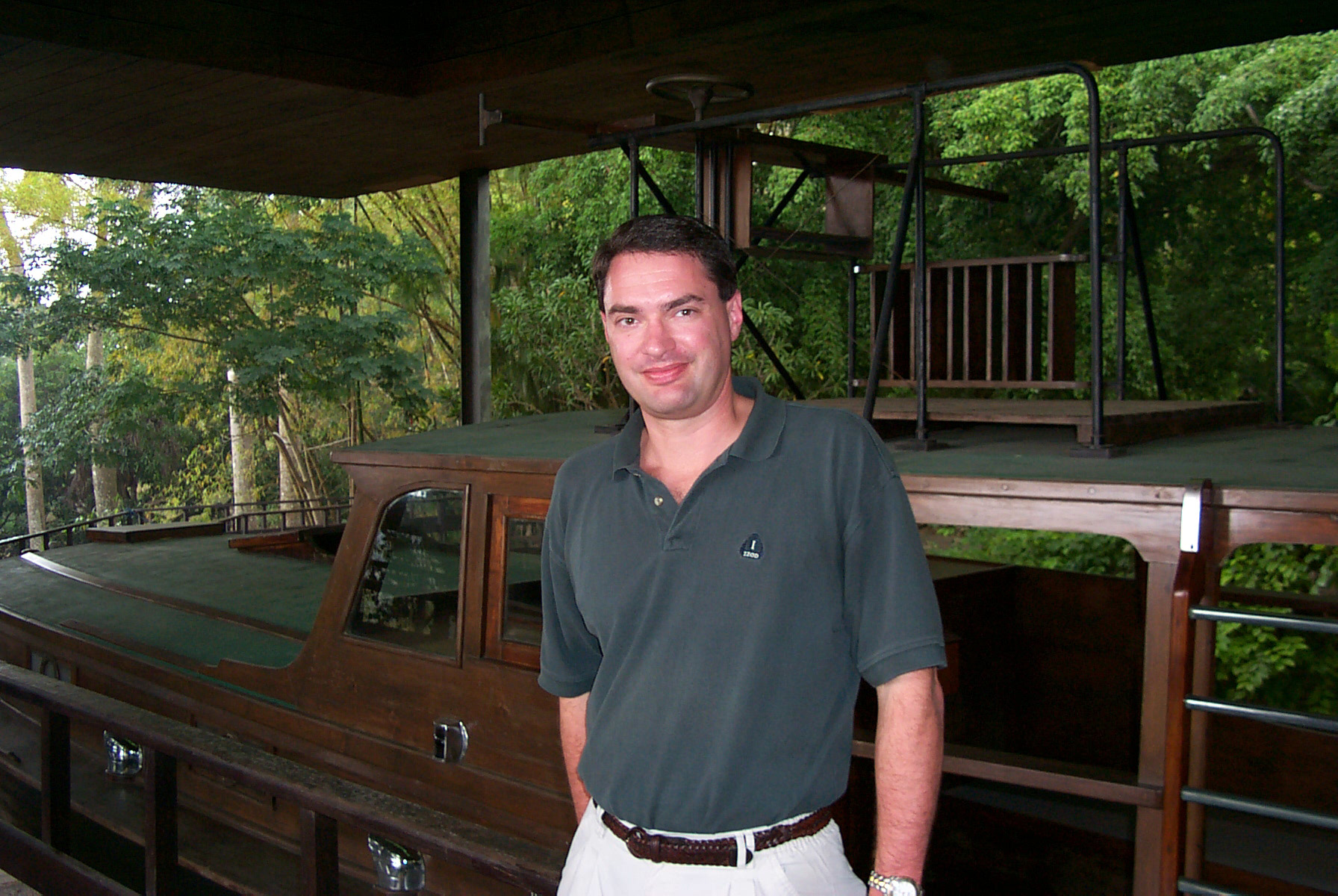 Great to get your take on the pioneering digital cameras.  I must say your images from the time look great!

Cuba is a place I would love to visit - it seems to be very rich in photo opportunities, and the people (by all accounts I am aware of) are really lovely.

Is that Ernest Hemmingway's launch that you are stinding by in the second photo?

Yes, I have a plethora of much more modern gear, but JUST occasionally it's fun to go back and see if cameras such as these will actually work and what results one can get with them.  Maybe there is potentially a whole section in the forum for images Vintage Visions!!

Thanks for your comments and that is Hemingway's launch in the second photo.

I would like to go back with my current camera gear and spend a lot more time seeing more of the country.  It was a very enjoyable experience.