Hello,
Using a cheap sr501 IR proximity sensor triggering the camera, I try to take bats photos (sx70hs and tripode), with and without IS, alwaly the photos are blurry.  Also flash auto or manual / maximun/ medium / minumun same result.

Have anyone taken bats photos with SX70HS? What seting? 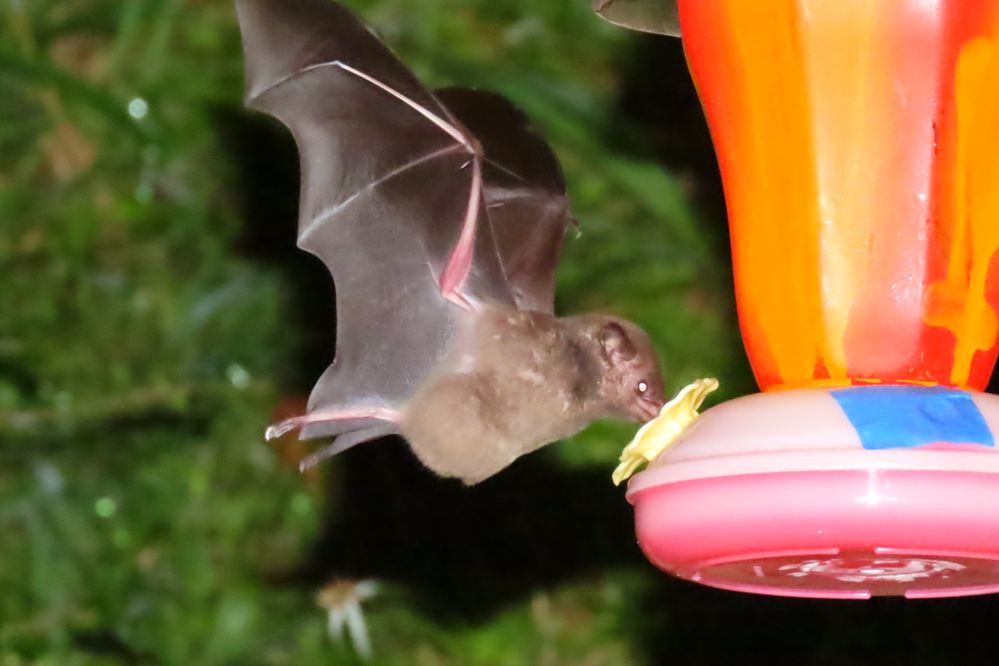 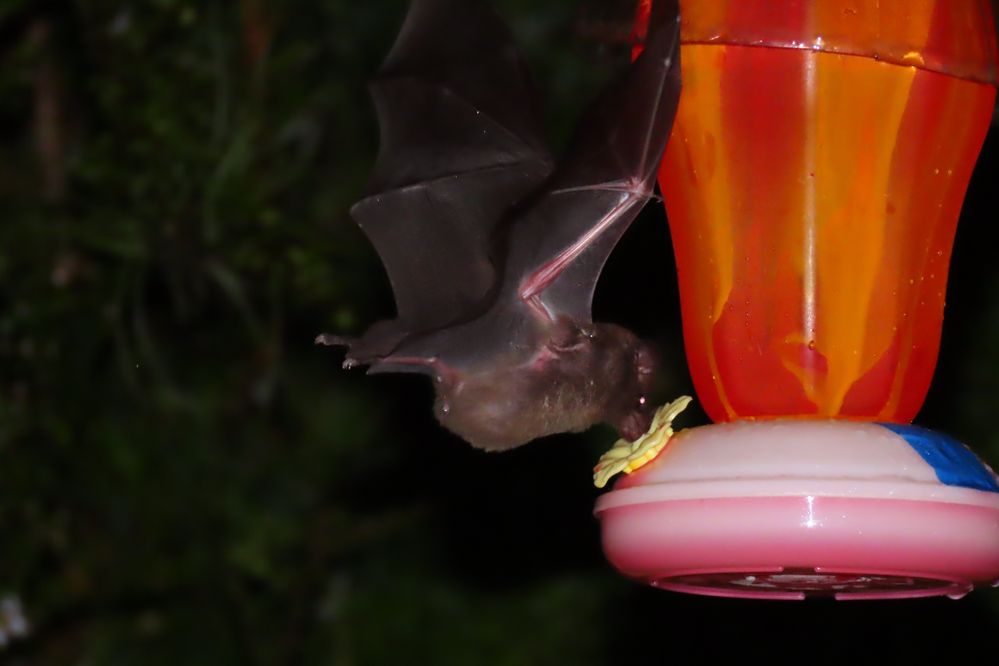 IS helps reduce image degradation from camera shake. Does not address subject motion. Some lenses/cameras recommend shutting off IS when on a tripod; check your camera manual.

If possible (I don’t know your camera) focus on the feeder and then switch to manual focus. That way camera won’t try and focus when shutter is triggered.

You probably want a minimum hitter speed of 1/1000, maybe higher.

@jrhoffman75 Thanks, The focusing were made at daylight Manual, the camera was pluged all night long (dummy battery).

Why [not] focus manually in daylight?  Why not use the AF?

If you focused manually, then that means you own the quality of the focusing, IMHO.

Bat use to come at night, so no light to autofocus..... the camera beam assistant is a joke!!!

I focus at 6pm while is still light to focus manually, and since the hummingbird feeder is in a fixed place, it shall be always focused... that is my guess

But perhaps... this could be the mistake, the bats move the feeder, and so the focusing point will be missed... the nex weekend i will try to engineer something to guarantee the feeder were sure static. As a mater of facts i have many "false" bats triggers, they are feeder triger, the pendulum movement of the feeder trigger the proximity sensor

I have never tried bats with a PowerShot, but I did become obsessed with taking shots of them on the wing several years ago, but I used an EOS 7D mark II, hand held at dusk, but it was pretty dark. My obsession didn't last long, though. I got some shots just to see if I could, and lost interest.

Looking at the two images you posted, it looks like the camera has been moved to another vantage point and neither seem to be in focus, although shot two does look a little sharper.

I'm thinking, if you were in focus to begin with, the flash is going to "freeze" motion and the bat should be sharp or at least some portion of the shot should be. I'm concerned that everything is "soft", so there may be something else going on. It very well could be that you are so close that aperture isn't giving you enough depth of field (DoF), but that is just a guess. You may need to visit your rig through the night and use a flashlight to get focus as the night progresses. Not being familiar with your rig, I don't know how hard it is to use AF to catch focus then switch to MF to lock it in.

In my situation, I pre focused manually and caught the bats coming into my zone. I tried lots of settings but ended up letting the camera figure things out by putting it in "Program AE" and locking in ISO 400. You are correct that shutter will be overridden by the flash, so SS is moot on your rig when using flash. 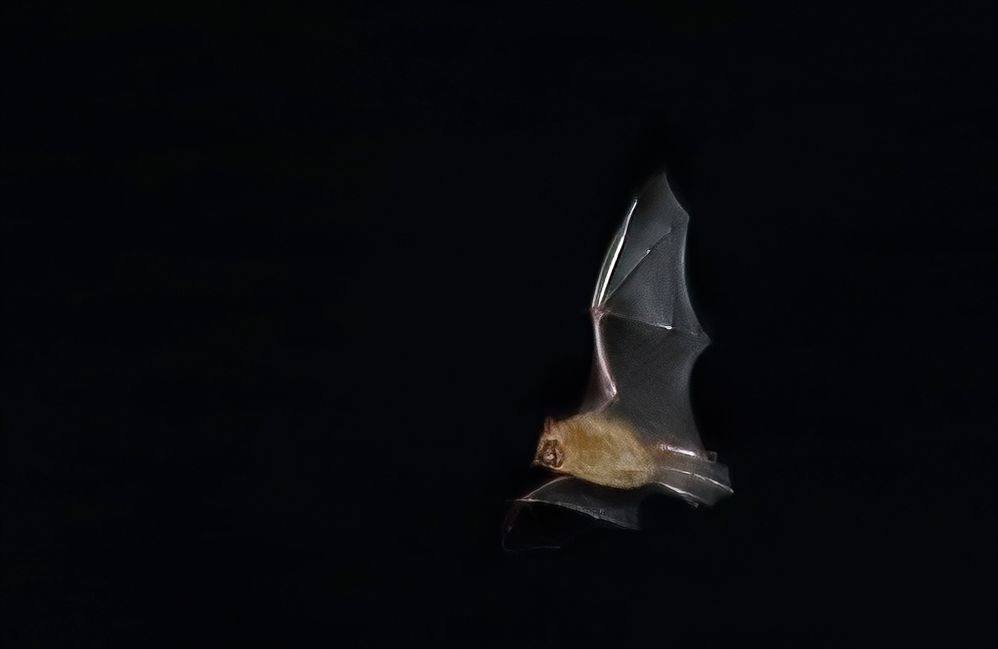 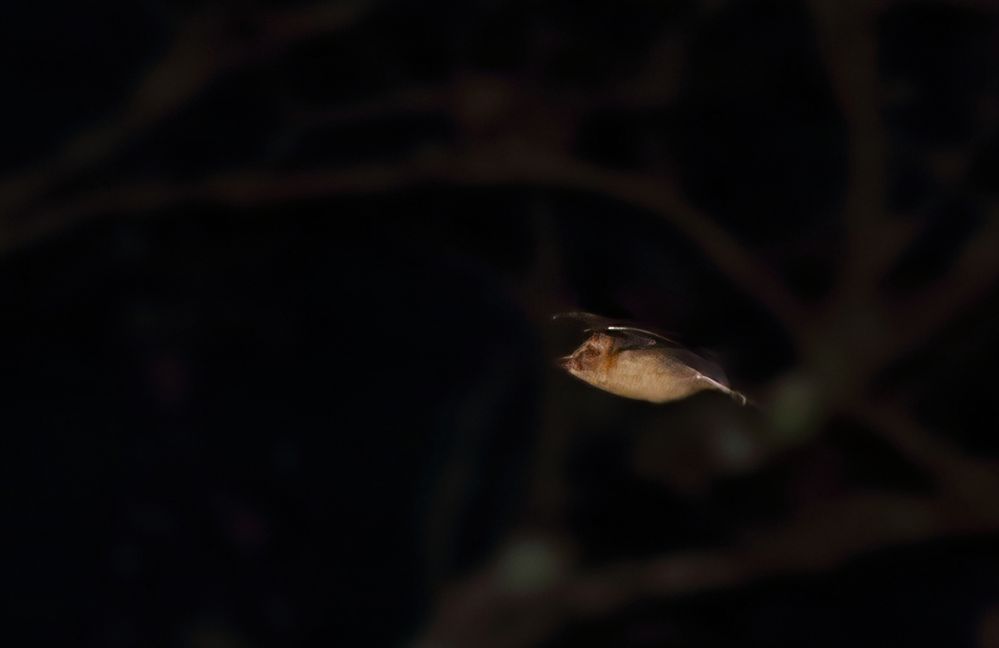 Thanks Newton, I guess you are right, right now I guess the bats move the feeder so the focus point is missed, I have to engineer something to guarantee the position and try again. 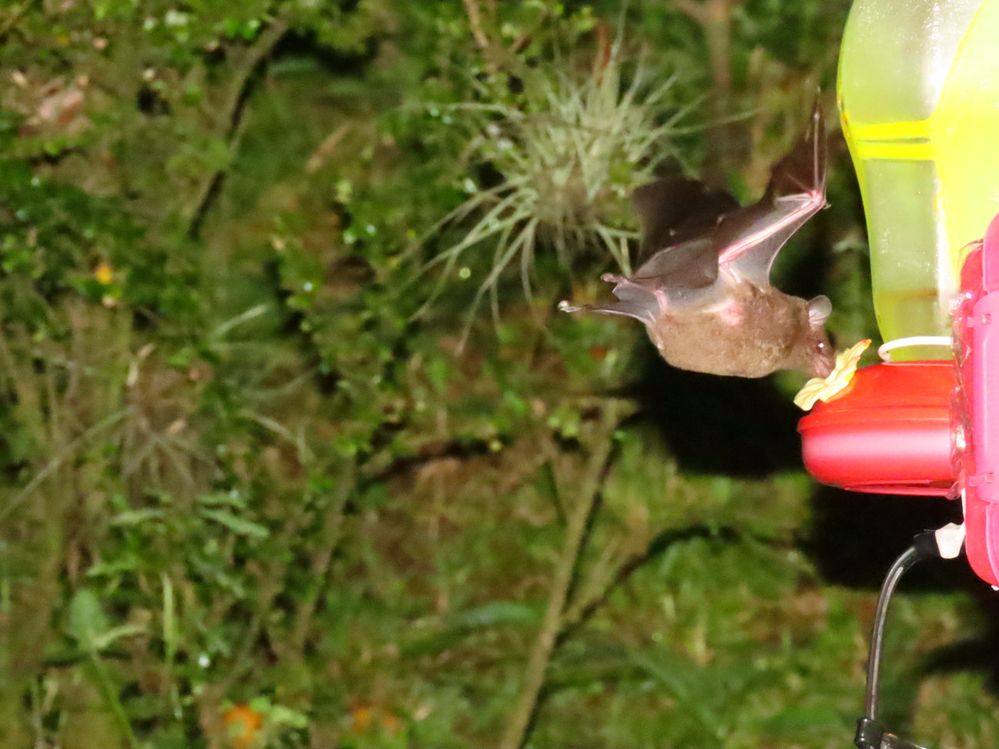 Your images seem fine.  The severe cropping is not.