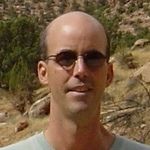 What is the maxiumu length (time) that I can record a single movie?

On my 1st attempt I set the wheel to the AUTO mode and pushed the red RECORD button.  Recodring started as normal.  I left the camera unattended.  When I checked back an hour later the display was powered off and the camera had stopped recording.  I checked the movie length and found that it was just 25 minutes long (about 4.2MB).

On my 2nd attempt I set the wheel to the MOVIE CAMERA image and pushed the red RECORD button.  Same results.

While your card can hold what the specifications for the camera says it can hold, there are also limitations to the size of each clip.  Each clip will automatically stop when it reaches the 4 GB limit or the 29m 59s limit.  When shooting at 1280 x 720 (30fps), 25 minutes of video sounds about right.  The camera is stopping when it reaches the 4 GB limit in this case.

So the camera doesn't simply create a new video file and continue recording?  Is this the behavior of all Canon cameras?  What happens if the resolution were reduced to say, VGA, when 4GB can hold more than 25 mintues of video?  Would the camera record over 25 minutes before it shuts off?  When would it shut off in this case?

The camera will not create a new file to continue recording like some of our higher-end professional camcorders do.  This limitation is the same with our other cameras as well.  If you reduce the resolution down to 640x480, the limit for a clip is one hour.

This didn't answer your question or issue? Find more help at Contact Us.

Is there someway to film for longer times?

I think you should format your SD Memory with exFAT file system. Regard to comparison table between FAT32 and exFAT, you can record videos continuously to 16EB (16 exabyte!) with exFAT formatted memory.