I'm new to the community and I feel like now I'll be able to get some great answers to my questions!!! I have a PowerShot SX40 hS. I take mostly football pictures at my sons high school games. I was doing great but this past Thursday a majority of my pictures came out blurry. Can someone help me with what my settings should be and what might have caused this? Thank you in advance!

Blurry could be due to missed focus, moving the camera while taking the shot, and/or the shutter speed being low.

Can you post an example of one of the images?

Are the games at night or during the day?

What mode (e.g. automatic) have you set on your camera?

High school football games are usually at night and rarely in well illuminated places.  As we move further into fall, even games with an early start grow dark quickly. Fast sports in low light requires a lot out of the camera system because shutter speed has to be fairly fast  and this doesn't let much light in (I like 1/800 for typical HS football but you can get SOME decent shots at 1/400 or 1/320 if you time it properly).

HS fields vary a LOT in terms of overall field lighting and where the best spots are.  Many fields use two light poles on each side of the field usually centered around the 30 or 35 yard line providing good lighting between the 40s and horrible lighting in the end zones. Some concentrate the light tightly so the "sweet spot" around each pole is limited.  Choose your spot carefully on fields like these to take advantage of the best lighting.

As Ray noted, post one or two of your photos with exif data intact.

The below is an example of a photo I shot at 1/800 BUT it could have been captured at a slower shutter speed because the QB will freeze briefly at several points in most plays.  The pass rusher would have been blurred but you could have still captured a sharp photo of the QB at a stop slower with proper timing.

With care, you can also capture running plays at lower shutter speed by panning which will blur most of the photo but done properly the runner will remain fairly sharp.

HS sports can be difficult to capture even with the 1 series camera bodies and fast telephoto prime lenses I use and become more difficult with less capable gear.  Good photography always depends upon the photographer working together with the gear as a team and with fast action and poor lighting a lot of the workload falls on the photographer in choosing the best location and technique to maximize results.  With poorly illuminated fields, spend your time and effort on capturing shots that are within your camera's capabilities by choosing the right spots on the field and the right types of plays.

And if you have sidelines access, stay alert and safe!  I saw a photographer become part of a play early in the season because he was reviewing images which is something you NEVER do on the sidelines except very quickly during a timeout.  I am always aware of what is around me because many times I have had to make a quick move to avoid being part of a play.  I shoot with both eyes open and I make sure that I know what is around me. I was rapidly backing out of where a play was going to end when I shot the second attached photo, had I stayed where I was it wouldn't have turned out well for the player or me  Every season I see parents in close call situations, when plays go wrong things happen VERY quickly!

Finally, don't ignore the chance to get great player emotion and reaction images off the field because these can be captured at far slower shutter speed than field action shots giving you the opportunity to capture some nice images where lighting doesn't allow you to capture good field action shots. 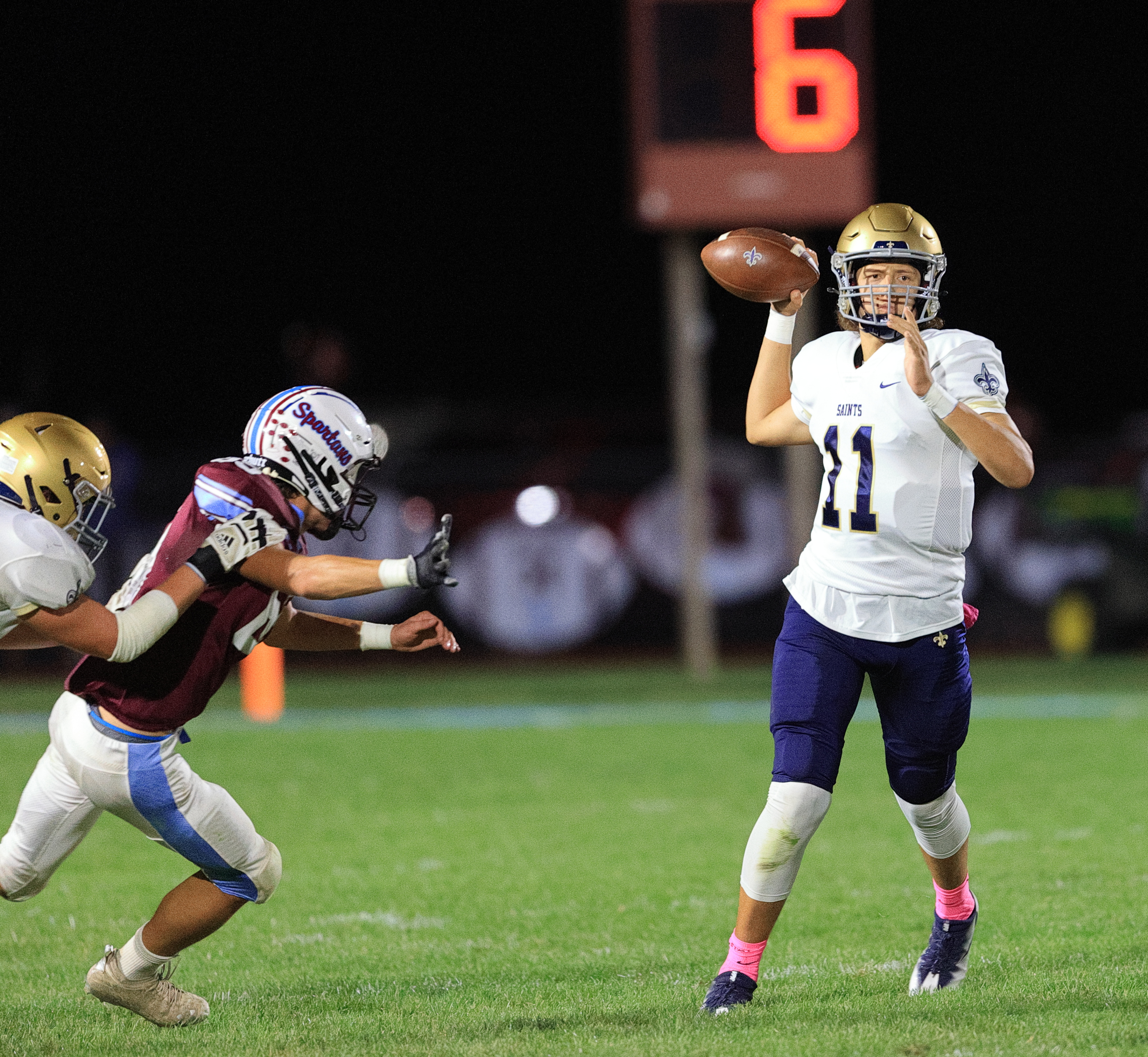 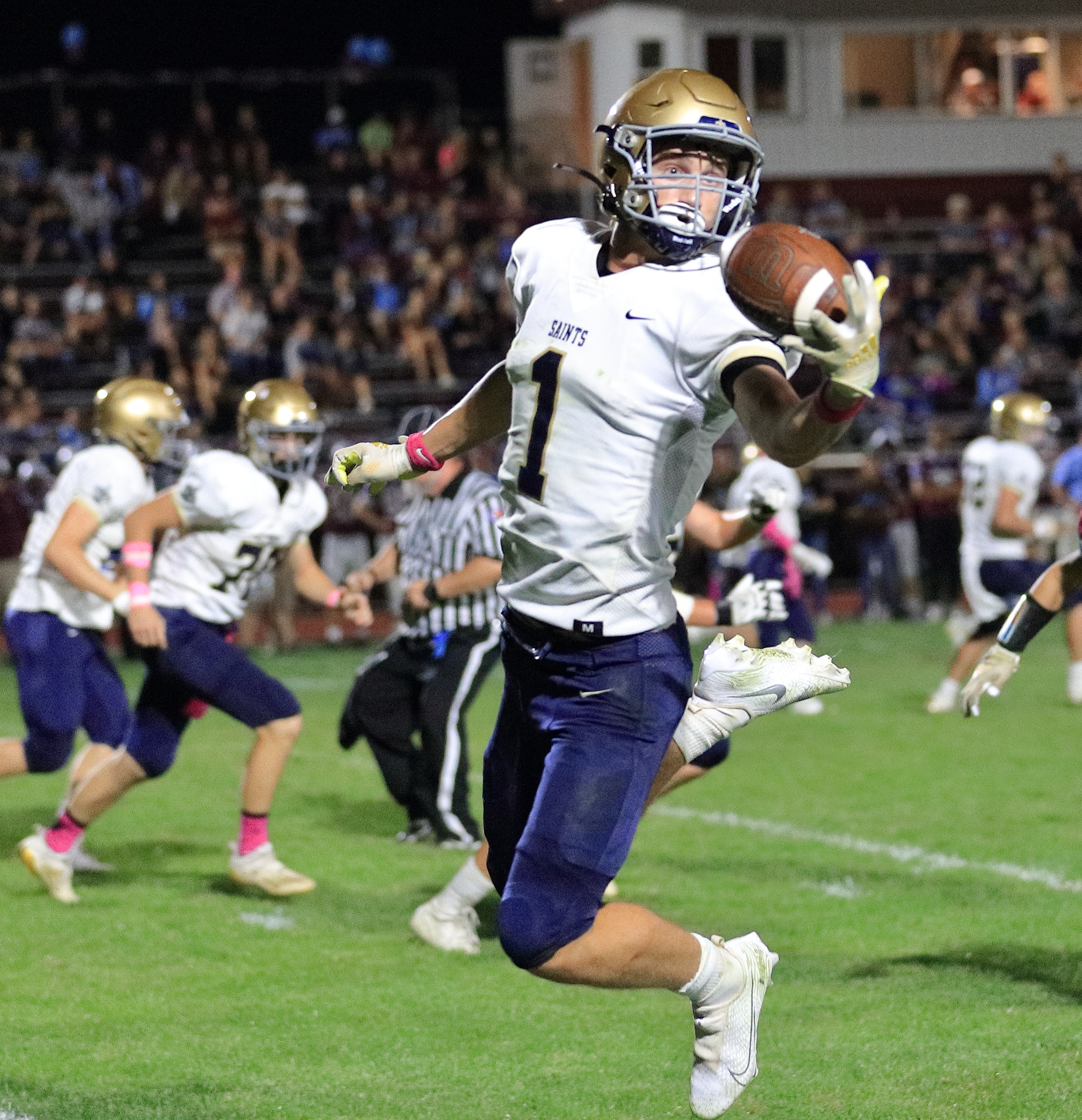 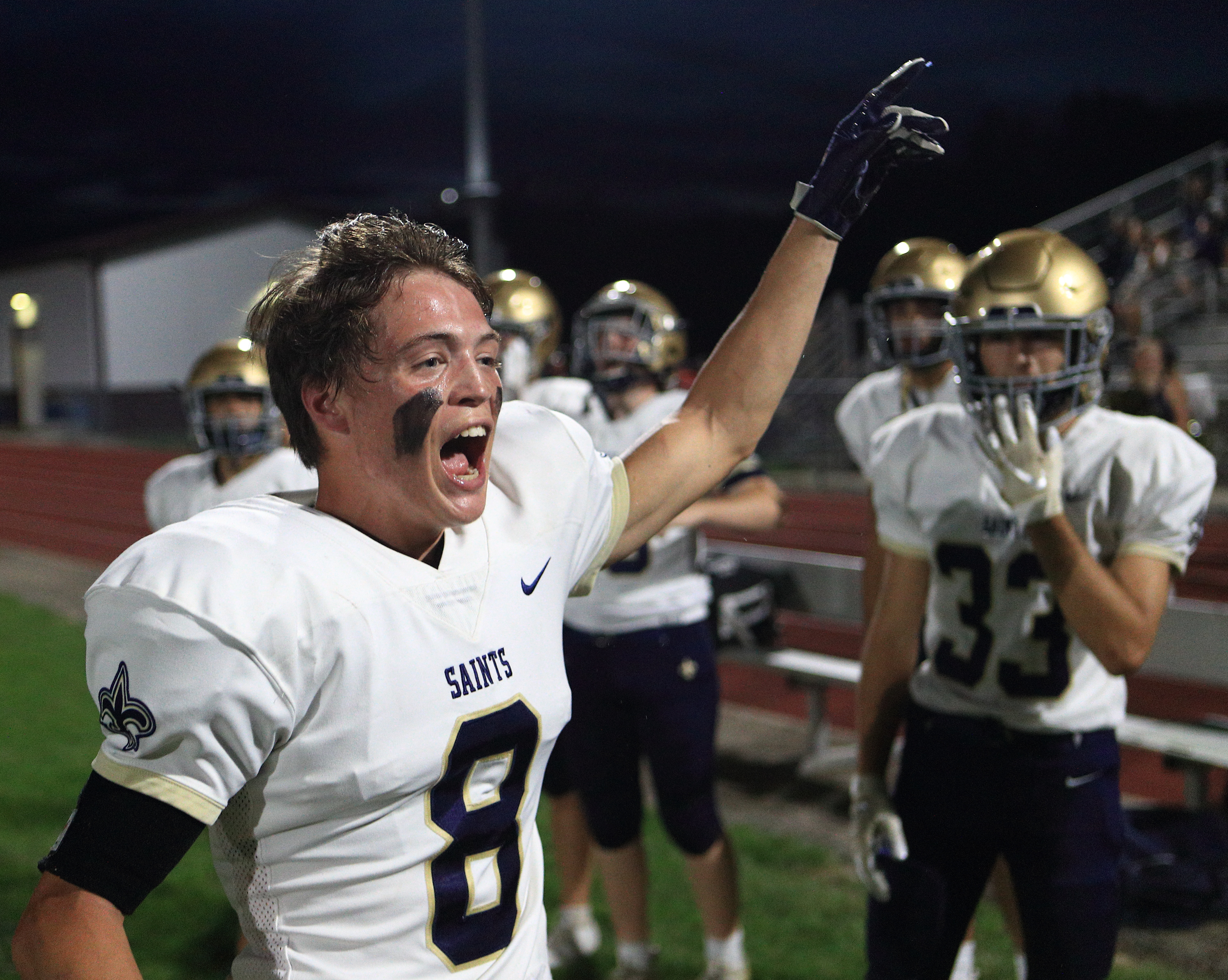