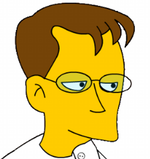 This keeps haooening to me.

My 2 Windows 10 PCs are connected via wifi to my Maxify 2720 and when I try to print (some apps more than others) I'll get a "sending fax" message on the printer LC screen and nothing prints. The only way to clear the message is cancel the print job. It happens more often when printing large photos or from Firefox than other apps (such as Acrobat Reader) but its inconsistent. Removing and reinstalling the printer may fix the problem temporarily, but eventually it starts happening again. This is becoming very annoying. Is there an official response to this issue other than to remove and reinstall the printer driver repeatedly??

I was able to get my MB2720 to print again without reinstalling the driver by switching the Printer port to the IP address instead of the WSD port that the driver installed.  I hope this is a permanent fix because the "Sending fax" just started happening to me today and I have had the printer about 2 years.  Hope this helps.

I didn't even realize that was a "thing!." I just switched to the IP port & I really ope you are correct. Astonished that I never read about this anywehere else.

I am having the exact same problem and it is very frustrating because my computer skills are very limited when it comes to problems of this nature. I switched from HP printers to the Canon because of my level of frustration with their products. I can't properly define my level of frustration. Needing a true step by step process to help me resolve this issue. Hate others are having this same issue but relieved to know that I am not alone.

I understand your fustration that when attempting to print the message "sending fax" appears on the screen. The following steps will assist you with resolving this issue:

Are there any fixes that will work without the user needing to have a degree from MIT in computer science ??????

This doesn't work. I followed it to a T and Sending Fax is still stuck on there. Any other suggestions would be greatly appreciated as I've now lost 2 hours of working time trying to resolve.
0 Likes
Share
Reply

I just got my printer "fixed" by Canon. Call 800-OK-CANON and get help from their technical staff. They will walk you through the steps to fix the problem (on your printer) that are caused by updates by Microsoft to your operating system, believe it or not.
0 Likes
Share
Reply

I will walk you through a temporary fix for this issue, I have not found a permanent solution yet.

1. Get the most up to date software from canon for your printer (a Google search will get ya there) download it to your desktop
2. If your on a Windows PC go to add and remove programs and remove all programs related to your canon printer
For Mac find the program(s) for your printer and drag it to the trash can
3. Restart your computer
4. When you are back at your desktop install the software that you downloaded from Canon
5. Another restart
Everything should work fine now, again this is a temporary fix
0 Likes
Share
Reply

Call 800-OK-CANON and get help from their technical staff.  They will walk you through the steps to fix the problem (on your printer) that are caused by updates by Microsoft to your operating system, believe it or not.