Auto-suggest helps you quickly narrow down your search results by suggesting possible matches as you type.
Showing results for
Search instead for
Do you mean
Reply
Topic Options
Highlighted
DuaneIndeed
Occasional Contributor

I am getting wide light (orange or tan) streaks on scans of anything dark (photos, flat black paper) that are positioned on the left side of the glass.   The streaks appear in the range of 1-2 inches from the edge of glass.  No matter what I have tried, I cannot prevent the streaks from appearing when I scan something.  If I put nothing on the glass, and just scan with the lid shut, then I do not see the streaks.

I have worked with two different Canon TS people, six months apart: one via email, and the other over the phone.  Canon TS indicates that they have not heard of this before.  They are not able to reproduce this on the 9000F MkII that they keep at the TS center.

I have tried changing many varables; none fixed the issue.  I tried different computers, Windows OS and Mac OS, different cables, different scanning apps, at home and at office (yep, I took it to work).  I even loaned one of the scanners to a co-worker, and without poisoning them with my questionable usage guidance, they were able to independently verify the issue.

Given that I have this problem on two out of two units, I am suspicious that this issue could be a firmware or manufacture issue affecting certain lots. Or, it may even be related to the lack of functionality in the Canon calibration software. ScanGear no longer has an independent calibrate feature; calibration is integrated with scanning, which makes me wonder if it works the same as it did when it was independent.

I will try a third unit, as offered by Canon, but if that does not fix it, I will be looking at getting an Epson.

Please, if you own a 9000F Mk II, check to see if you have the same issue!   I scanned over 1000 photos (about 20% were placed on the left side of the glass) before I noticed the problem.

Here is a screenshot example of the issue, shown via the preview feature in ScanGear.  The target is a flat black piece of paper with silver ink printing.  The orange glow streak running down the right side of preview is generated by the scanner; the orange discoloring is not part of the target. 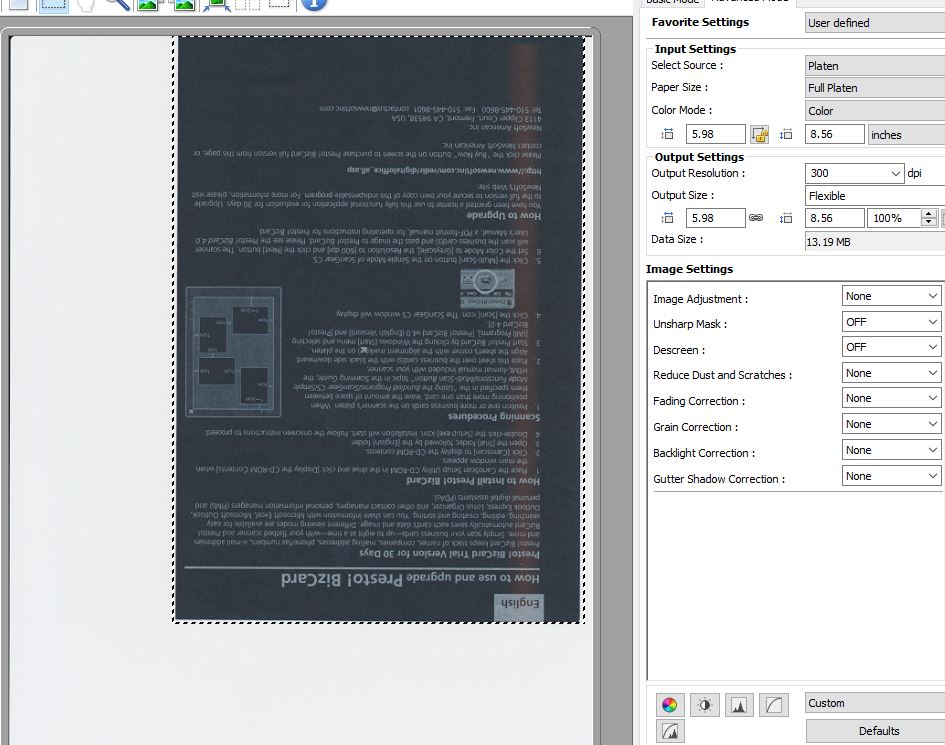 A screen shot of the correctly working scanner (no light streak): 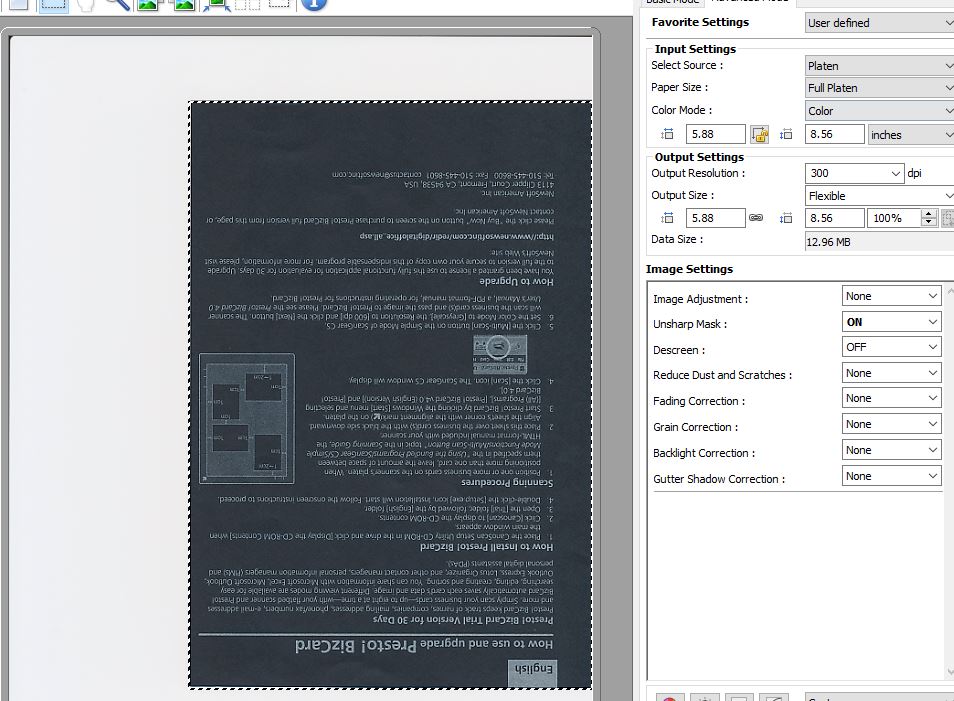 Hi, posted this on another post but figured I'll try here as well.

This is a brand NEW scanner, purchased a year ago as future replacement, and when one of our 9000F broke down after almost a decade, I finally open the box to replace it. Hooked it up yesterday and was horrify to see this issue on a brand new zero milage Canon product.Never had that problem with any of our 9000F as we run a scanning business and had own 5 of them.

Help Canon or anyone ?

Welcome to the Canon Forums!

The Forums aren't intended for immediate assistance. If your question is of an urgent nature, please call our US-based support team at 1-800-OK-CANON (800-652-2666) during normal business hours, or visit our support site for self-help options HERE.

If you're outside of the USA, please click HERE to find your support options.

Canon's solution was to send me a replacement scanner, which resolved the issue.  After much searching, I never found a reference to any other remedy.  I don't know the cause of the issue.

It's an incidious issue for the consumer as the condition is a) not expected; and b) not immediately noticed.