I am planning to travel to the path of totality for the upcomming total solar eclipse in the US on August 21.

Since I do astrophotography anyway and have the gear, I was planning to photograph the event.  A friend (who isn't an imager) found out about a project called the Eclipse MegaMovie Project and suggested I join it.

The focal lengths they want are slightly slower than what you might expect because the science team REALLY wants images of the solar corona (which extends far beyond the size of the sun itself).  So if an image is zoomed in so much they they only see the Sun, then most of the solar corona would be cropped out.

You also have to have a GPS (but you probably already have one if you own a smartphone).  A camera with a built-in GPS or GPS-accessory mounted to the camera is preferred, but it is also possible to get an accurate GPS position fix via an external GPS (such as a smartphone) and take a photo of the display with all the necessary info (position & date/time).  This frame will be used to apply date/time correctioins to the images (in the event that the camera's clock wasn't accurate to within 1 second) and also apply the location data to the images.

You would also need a tripod.  Telescope mounts are a bonus, but not necessary.

They are ONLY interested in the images captured during the relatively brief window of totality (around 2 minutes... I think the greatest duration of totality anwhere in the path is around 2:40 seconds.)

Since this eclipse starts in Oregon and heads to South Carolina, this means that while totality for just one photographer will only last a couple of minutes, if you group all photographers in the entire path, they can capture images of totality for several hours.

The images are used to study how the solar corona behaves and changes over a period of several hours... so there's a citizen-science / scientific-research element of the project (and that's the main thing they want) and then there's the "movie" that they plan to make with all the frames that are submitted.

What strength of ND filter would you need to use?

What strength of ND filter would you need to use?

Today is a very good day to visit the B&H web site on the subject of photographying solar eclipses.

[EDIT] You need about ND 5, 16 stops, to photograph the full sun directly. 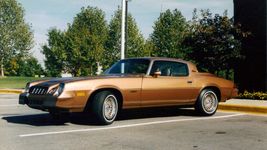 I bought two filters from this place. I have one so far and have been shooting pictures of the sun. So far I'm impressed..[Removed 3rd party link per forum guidelines.]

During the partial phases you want a solar filter which should be ND 5.0 (that's 16.7 stops of light being blocked or about 1 photon of light out of every 100,000 makes it through the filter).

During totality (which is the only part that the Eclipse Megamovie wants) you wouldn't use any filter at all.

You should remove the filter from the camera no earlier than 50 seconds prior to totality (any sooner and it's too much sunlight) and you probably want that filter off no later than 20 seconds prior to totality (so you have it off in time to capture the Diamond Ring effect and the Baily's Beads effect.... not to mention the appearance of the solar corona and the brighter stars in the sky.

The filter should be a proper "solar filter" -- not ordinary camera filters that add up to that ND level.  This is because many modern filters are designed to selectively block the wavelengths needed for typical needs and for photography that's just the visible spectrum.  The sun pumps out nearly as much energy in the IR spectrum as it does in the visible spectrum and a solar filter is designed to ALSO effectively block the IR in ways that most other filters may not.

I get mine from Thousand Oaks Optical.  There are many sources.  I prefer the type that are simply caps that you place over the end of the lens/scope rather than the thread-on type.  This makes it easier to remove them quickly and without bumping the camera (possibly altering focus, zoom, or composition).  You'll have to put the filters back on about 20 seconds after totality ends.