Auto-suggest helps you quickly narrow down your search results by suggesting possible matches as you type.
Showing results for
Search instead for
Do you mean
Reply
Topic Options
Highlighted
jazzman1
Super Contributor

I was aiming a bit lower and smaller... 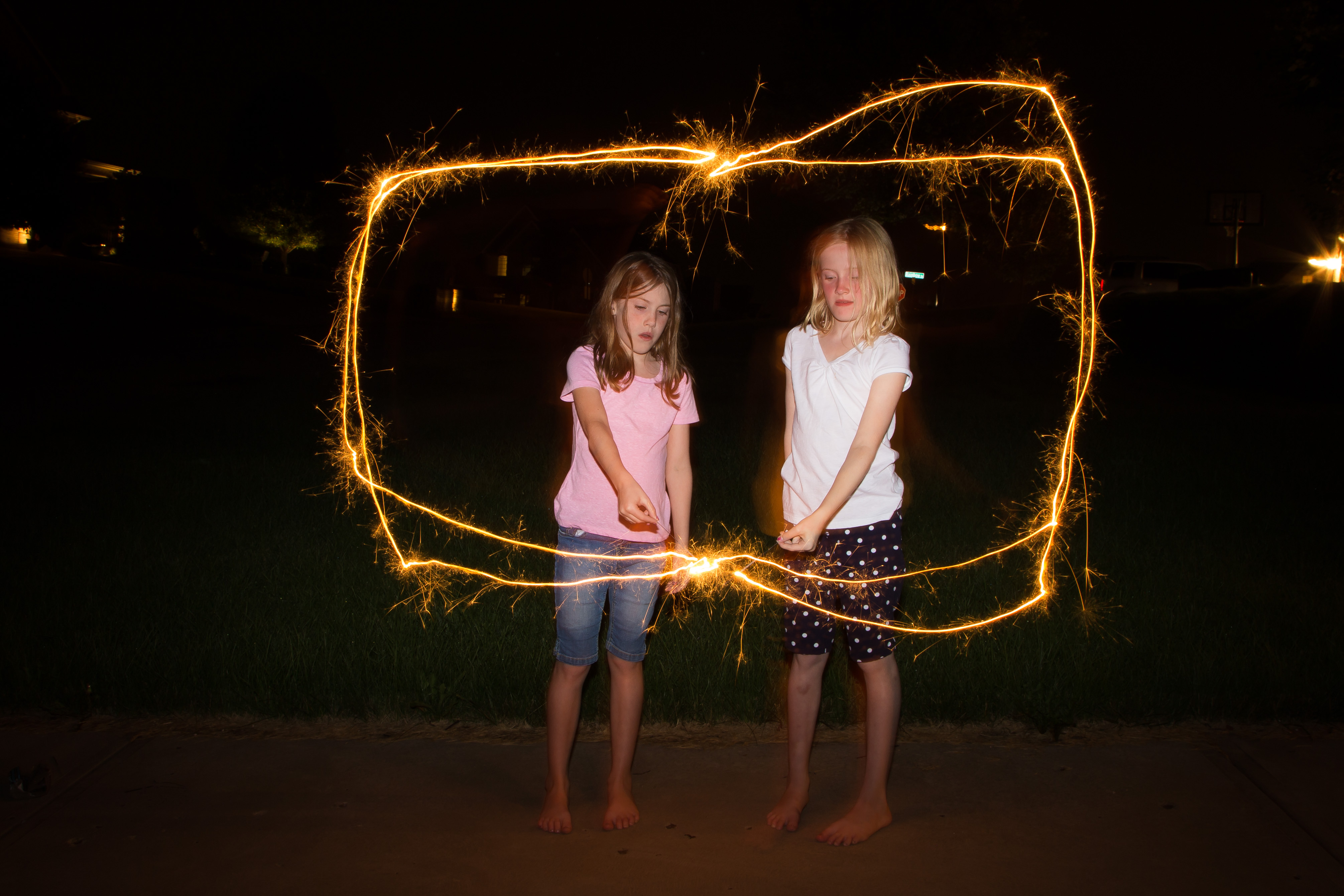 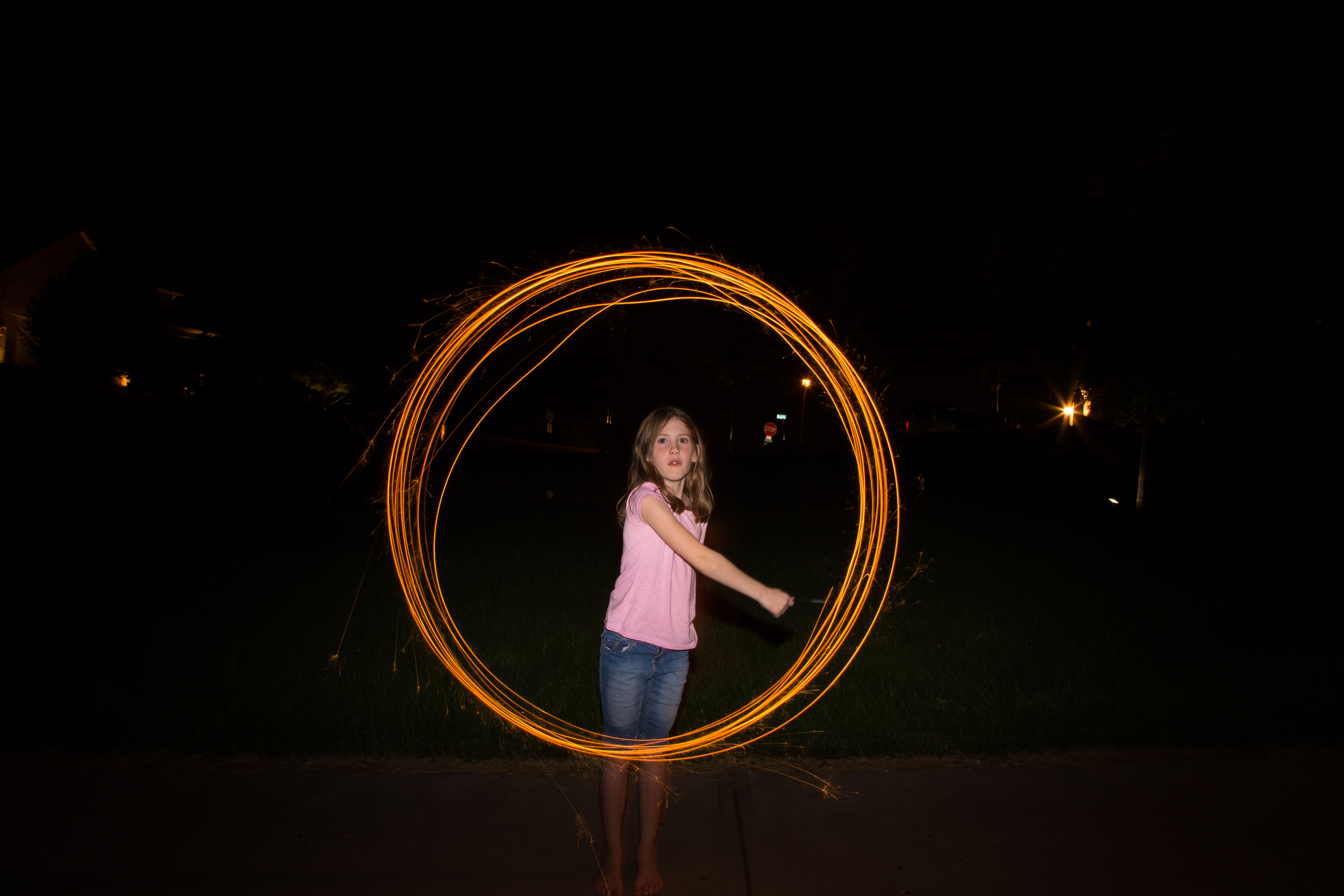 Whe I saw this pic I too was amazed at the claity of the total shot, but did not know exactly why, or what it was, that I thought strange about it in my thinking.  I did'nt know how to explain or ask what you just said.  I thought it a great shot.

2)  Set the flash to "2nd curtain" mode (instead of flash firing just after the shutter opens, it fires just before the shutter closes.)

Scott used a small aperture (which prevents the camera from collecting much light unless it's fairly bright and the sparklers are fairly bright.)  f/14 in most images... the final image was f/16.

At that focal ratio, the glow of the sparklers really isn't enough ambient light to do much to light up the girls.  You sometimes see a tiny bit of ghosting if an arm paused in one spot too long (look very closely and you can see hitnts of movement, but it's minimal), but mosty it's not visible.

This means the camera is basically recording a black frame with the path of the sparkers, but no girls in the shot...

THEN the flash fires (just before shutter closes) with a burst of light that is strong enough to expose the girls.

And use bulb with a release and a tripod.  Pretty easy really.