Auto-suggest helps you quickly narrow down your search results by suggesting possible matches as you type.
Showing results for
Search instead for
Do you mean
Reply
Topic Options
Rhwalk1
Occasional Contributor

I am taking picture of HS Basketball. I have a canon 7d mark ii using a 70-200 2.8.  I was wondering what settings guys find work the best.

I use the 1DX series bodies but this is what works for me and it should work well for the 7D2.

I take advantage of the great auto ISO capability and shoot in manual with the aperture set wide open and shutter @ 1/640. With the low light of most high school gyms, you need the wide aperture and 1/640 is as slow as you want to go to be sure of avoiding action blur.  With those settings fixed, the camera will choose ISO to make the proper exposure.  If you hit a gym with truly horrible lighting that is pushing your ISO too high you can try a slightly slower shutter speed but there isn't much margin here for basketball and if you have great lighting you can consider decreasing aperture slightly for better depth of field or using even more shutter speed but in most cases the lighting will be sufficient but not great.

Use servo AF, I like to use a single AF point but you will probably find using 4 point or greater expansion will work better as you are getting used to shooting basketball.   I don't know if the 7D2 has the different AF "cases" like the 1DX series but if it does then choose the one recommended for basketball ahead of time.

I would shoot in RAW so you can deal with white balance later and you have better ability to address exposure and noise.

I leave the drive speed set for high but mostly fire single shots.  Avoid the temptation to try to rely too heavily upon rapid multiple shots because it is a timing sport and you will miss a lot of good stuff trying to rely upon "machine gun" style photography.

I believe the 7D2 also has some programmable "memory modes" like the 1DX series and if so program one for the auto ISO, f2.8, 1/640 and the second for auto ISO, f5.6, and around 1/200 or so.  This second is good for quick group shots when you need more depth of field, just don't forget to switch back to your action shot.  Canon REALLY needs a shift button to instantly shift between two setups, it would make life much easier.

Be careful not to bump your controls and accidentally change one of the parameters.  If you aren't already, get used to paying attention to the viewfinder information (particularly aperture and shutter) so that you will catch any mistake quickly instead of at the end of a period.  Take some test shots during warmup and examine those on the camera screen but avoid the temptation to look at the results of captures except during stoppage between periods.  Action is too fast and taking attention away from the game makes it dangerous for you and the players when you are shooting from the floor.  Wear the proper shoes and be prepared to spend a lot of time shooting from down low so dress comfortably.

A lot of the Canon bodies have an anti-flicker setting so that the camera tries to avoid image issue due to light flicker.  If active, it will slow your burst speed and can also change the timing between depressing the shutter and the camera actually taking the image.  I don't use anti-flicker for that reason and flicker has not been a major issue shooting basketball and volleyball in HS gyms.

The 70-200 f2.8 is a very good basketball lens but on a APS C body it will be a little tight for some shots if you are right at the basket so you will have to adjust your placement as needed.

Good luck and have fun!

Thanks Rodger,  I will give those suggestions a try.  You are correct i have to stand way back to get action by the basket.  I will post some pictues  next week i am shooting girls game.

Good luck with the game and you will have fun shooting it.  I tend to move around quite a bit to get a variety of images on both the offensive and defensive boards.  You will figure out quickly what placement you like best.

You can also get some very nice captures when a player is on the free throw line.  I like to be offset from the goal a bit both for the angle and more importantly not to distract the player.  A lot of HS players are quite good but they don't have the nerves of steel like the pros and you don't want to add any distraction.

And a little trick I tried when I first started shooting volleyball which is the toughest sport I have shot.  I wasn't at all happy with my photos from the first game and I decided to shoot the next one with both camera bodies set to single shot mode.  That is NOT a typical sports setup but it forced me to really step up my timing game and the photos were MUCH better.  I switched back to high speed after that game but I didn't forget what I learned and it made me a much better photographer.  I don't think basketball is quite as tough to shoot as volleyball but the same thought may help you, if you approach it like you will only have one chance at a shot in a given action series it really helps you to mentally focus on what the single capture should be and it forces you to think like a coach and a player which gives you a fighting chance of predicting a lot of the setup and action.

Where you shoot from is more important, by far, than what gear you have or use. On the floor with mobility is best. On the floor, fixed, is second and elsewhere or from the bleachers is worst. Your settings need to be tested. How light is the gym.  Where you shoot from will have different settings.  Only general rules are possible without knowing these things.

The very few times I was asked to do sports, I always got there early. Very early. I tried different settings. I usually had a willing subject to stand in, too.

You are correct my volley ball pictures reall were tough.  Good suggestions

I do get to the Gym about 45 minutes before game time and set up while the team is warming up.

I did the volleyball, for Esolutions at KC's Corporate Challenge the last time it was held.  This is my first try at volleyball. 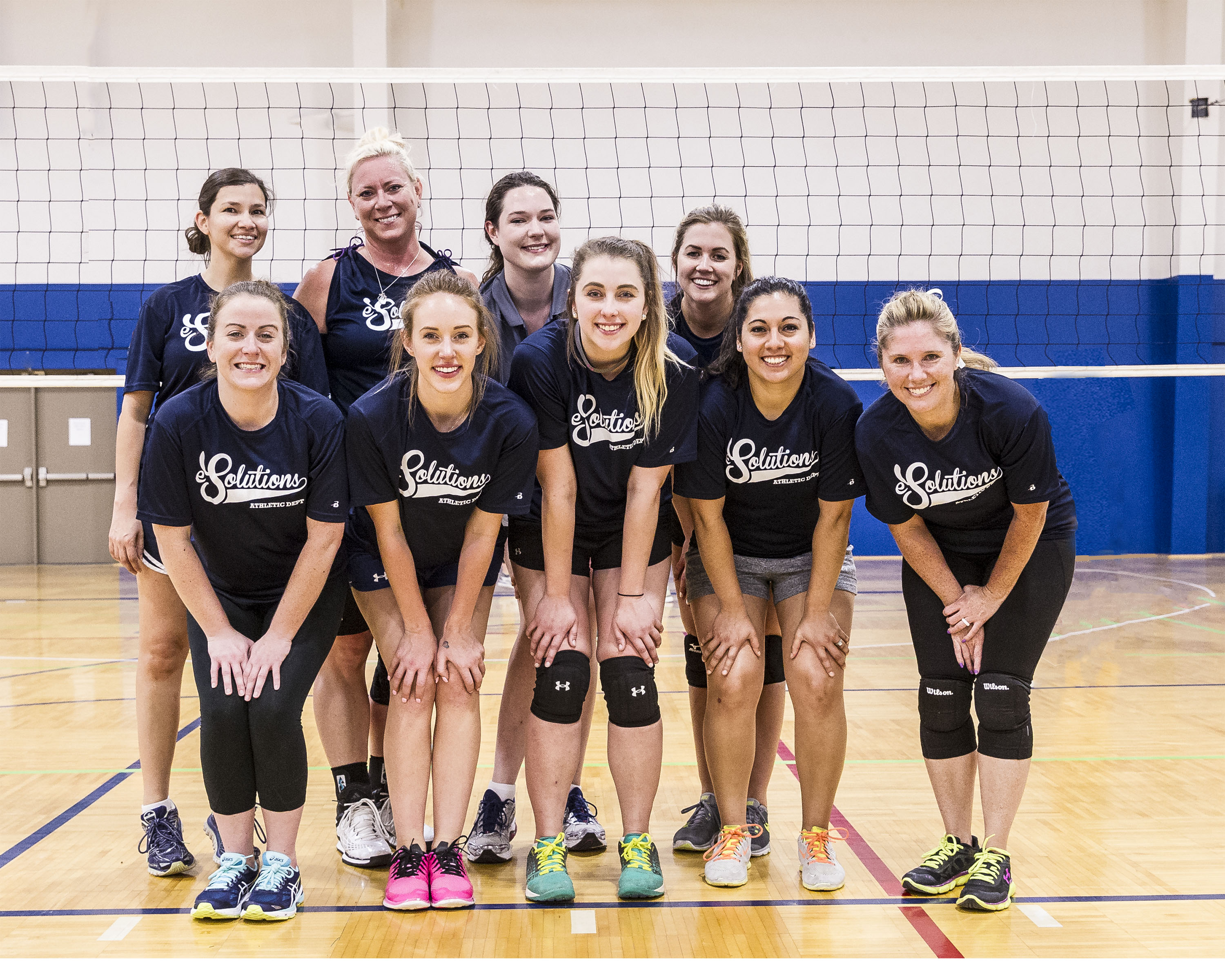 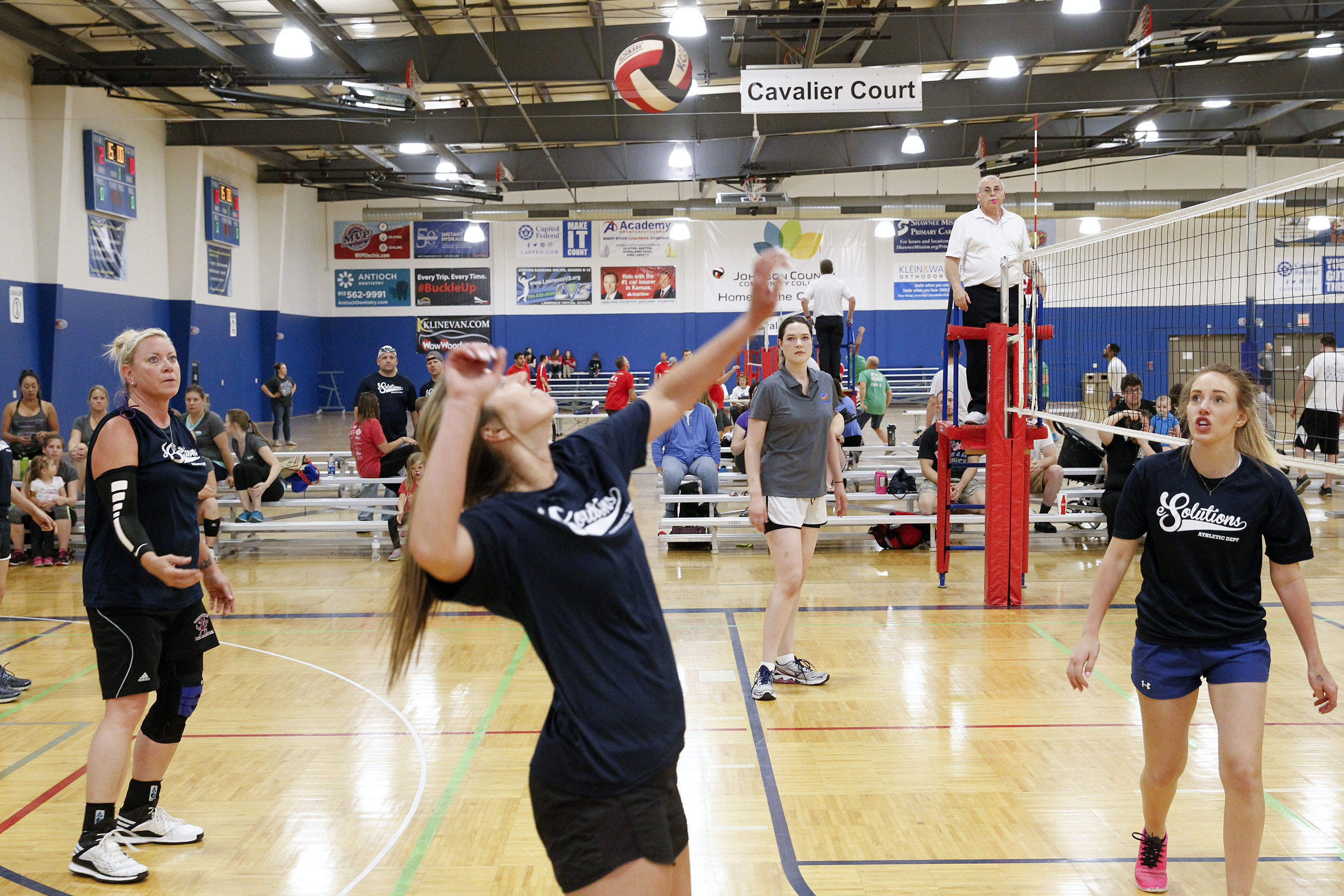 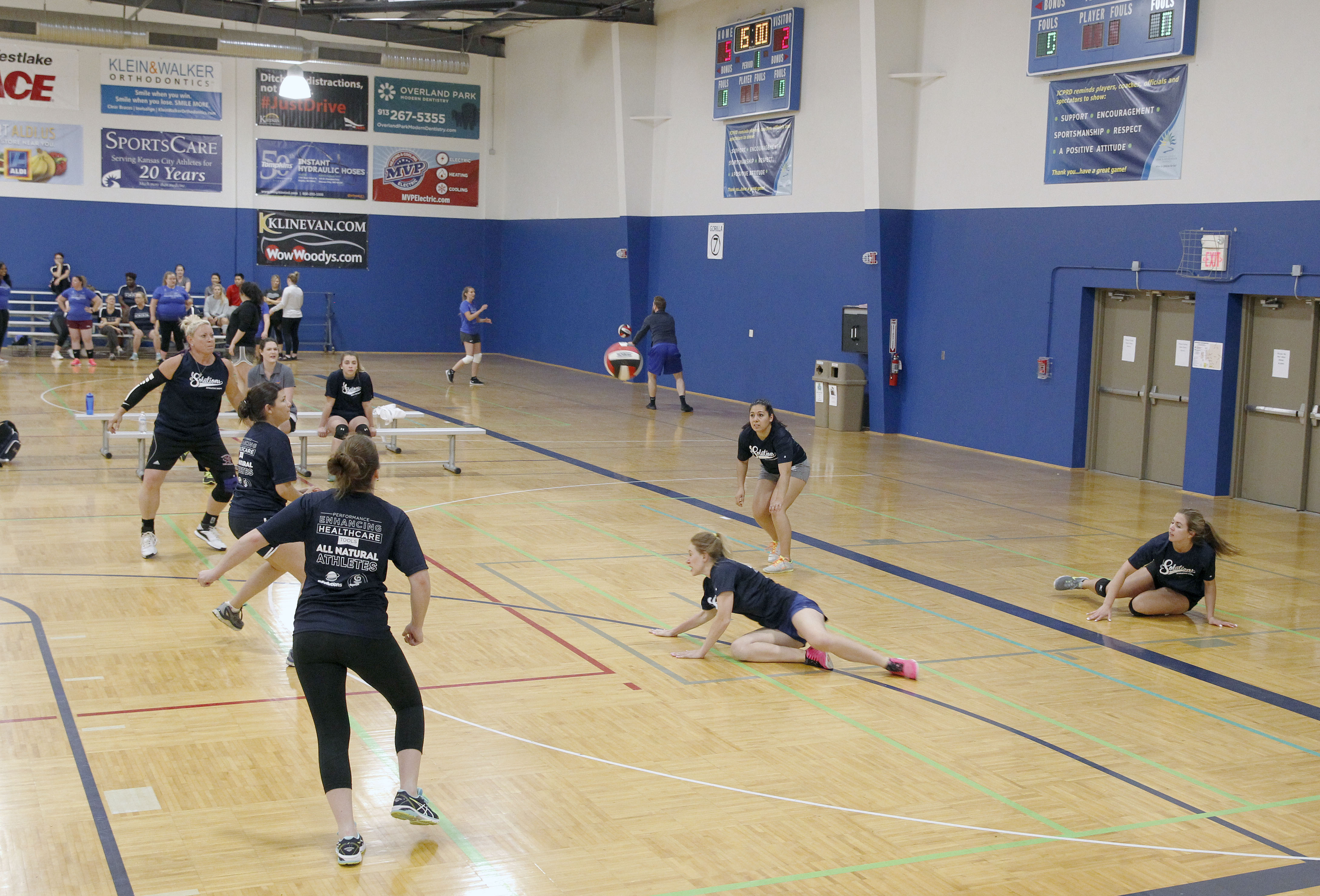 I can not stress how important it is to have full range of the floor.  Number one. Second is Raw files and post editing. Third is your gear, of course this best is always better! 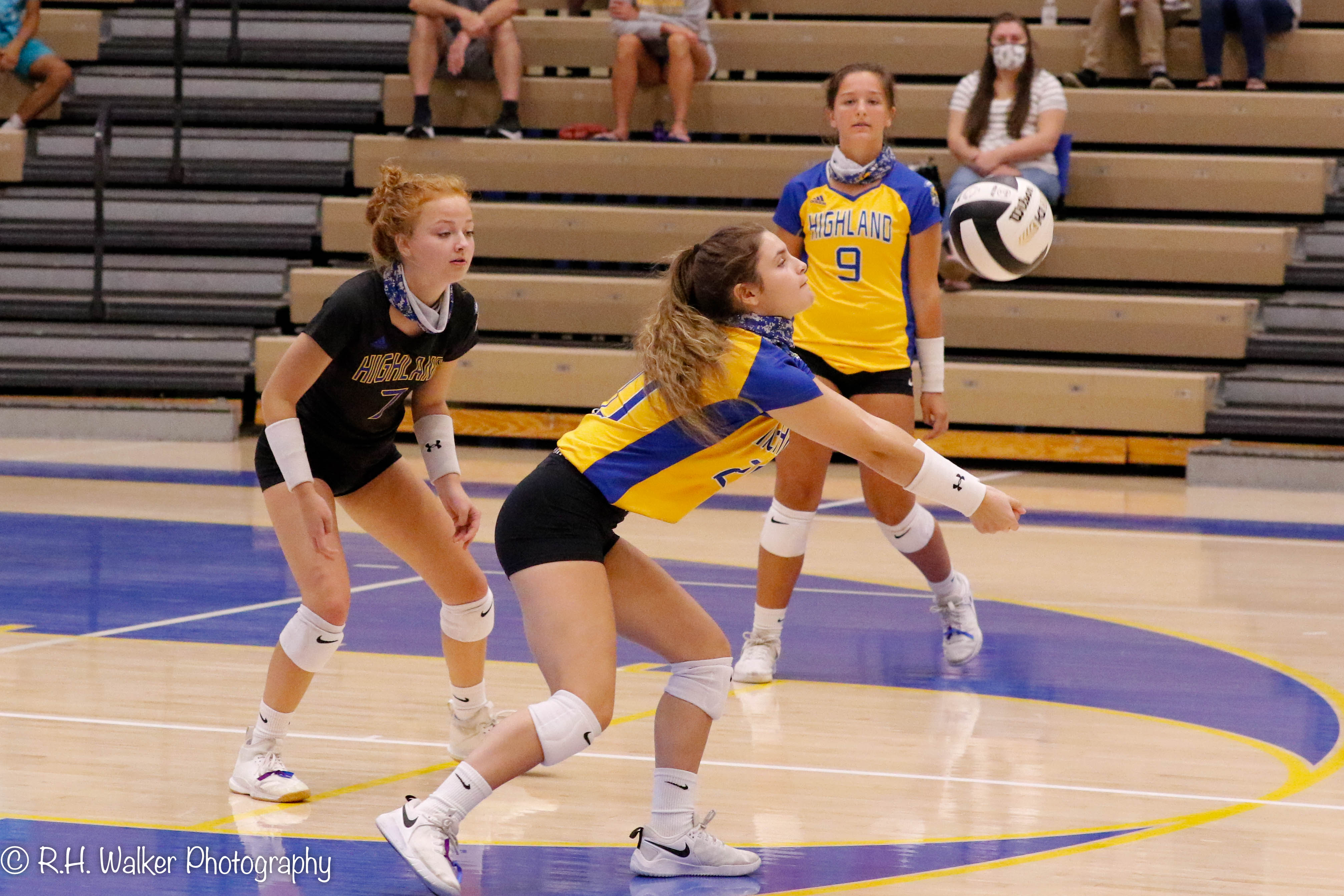