how to get super sharp pictures without stand with canon 60D?

I put my camera any place and set 2sec timer to avoid shaky blur images. 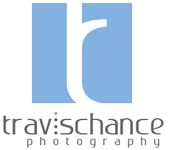 When you mention a stand, are you referring to a tripod?
0 Likes
Share
Reply
Go to solution

There are many things you can do... good techniques you can learn. These work with any camera, not just the 60D...

1. Use a tripod. I mean, why not, if it's possible? Alternatively, use a monopod. Or steady the camera and lens on a rock or fence or against a tree. When possible, use something to help steady your shot. Of course, it's not always possible! NOTE: An exception is if in a moving vehicle - an airplane or a car for example - it's usually just the opposite. Even if the vehicle is stopped, but the engine is running, you don't want the camera to touch any of the hard surfaces because vibrations will cause blurring. In effect, use your body to insulate and isolate the camera from the vehicle vibrations.

3. Longer focal length lenses are harder to hold steady than shorter. So a rule of thumb is that your shutter speed should be the reciprocal of your lens focal length. If you are using a 50mm lens, you should try not to use slower than 1/50 shutter speed. If you are using a 200mm lens, try not to go below 1/200. 400mm lens, keep to faster than 1/400. Actually, the 60D is a crop sensor camera, which magnifies susceptibility to camera shake at the same time it magnifies the image in the camera, so by rights you should use slightly faster shutter speeds. That 50mm lens on the crop camera behaves like an 80mm lens on a full frame camera and the rule of thumb regarding shutter speeds is actually based upon full frame. So you might want to keep to 1/80 or faster with that 50mm (but to be honest I manage to use the simple reciprocal with my crop cameras... and even slower... but I've had lots and lots of practice and use a number of stabilized lenses, as well).

4. Use stabilized lenses. Canon's IS (Sigma's OS and Tamron's VC) allow you to use somewhat slower shutter speeds and still get a steady shot. NOTE: if using a tripod, with some stabilizzed lenses you must manually turn off IS, otherwise in the absence of any movement the IS will get into sort of a feedback loop where it's actually inducing movement, instead of counteracting it.

6. However, at the same time try to avoid using too small apertures. Really small apertures such as f22 cause an effect known as "diffraction". This robs fine detail from images, giving a less sharp appearance. On your 60D, try to use no smaller than f11... maybe f16 at the smallest. Your images will thank you.

7. For handheld shots, learn good holding techniques until they are second nature. Cradle the lens in your left hand, with your right hand gripping the camera. Stand at a slight angle to your subject, one foot slightly ahead of the other and your feet about shoulder-width apart. Stand flat-footed. Keep your elbows tucked in fairly close to your torso.

8. Press the shutter release gently... don't stab at it or tap it. This is much like shooting a gun, where you gently pull the trigger rather than jerking it, to maintain accuracy.

9. If using slow shutter speeds (say 1/30 and below), first use a tripod... But also use a timer delay or remote release so that you aren't touching the camera at the time of exposure. Also use mirror lockup or Live View (which also does mirror lockup). This is so that the "bump" from the mirror and vibrations it causes don't blur the image. Mirror lockup is important on shutter speeds between about 2 seconds and 1/30. Faster and longer shutter speeds don't show problems from mirror "bump" vibrations.

10. Set your camera to a high frame rate and fire off a short burst of shots. The first image might be blurred, but others in the series are likely to be sharp as you hold the shutter button down for the duration of the burst.

There are other tricks, but these are the major ones.

Also don't mistake other causes of blur for camera shake. Even if you are doing everything right when using a slow shutter speeed, if the subject moves that can create blur in the image. It could be the wind blowing flowers or tree branches, even. Usually it's camera shake if the entire image is showing movement blur. Localized blur is usually due to subject movement. But it also can be a missed focus issue. Learn to tell them apart.

I'd also recommend keeping your camera sensor clean, a dirty sensor can make an image look soft (shouldn't be a big deal with a 60D, which has a self-cleaning sensor that's pretty effective). And remove any filters from your lenses... they can and do cause image sharpness issues. In certain atmospheric effects, a polarizer or sky/haze filter might enhance sharpness... but in many situations any filter will costs some resolution. It might be very little under ideal conditions if the filter is very high quality, multi-coated. Or it might be a lot of loss, if the filter is lower quality and single coated or uncoated. Use a lens hood... it can prevent oblique light from striking your lens, which helps contrast and reduces flare. Might help with focus speed and accuracy, too.

Hi, just some really good solid information. Using these suggestions WILL result in sharper photos. I'm almost always using a tripod or monopod when I'm shooting. The monopod can be on the ground or pressed against your tummy to give any help in getting that shot. Also, regarding item # 9, I would also suggest using the self timer (my 7D has 2 sec & 10 sec delay). Setting up the shot, press the shutter button and then 2 seconds later the shot is taken...makes for a sharper shot if this method works into your moment. Mirrow lock up can be set in the menu and you then press the shutter button twice or the self timer. A sharp photo is worth the effort.

I gather the number of 60d users have dropped as its a superseded camera.

I had mine for about 1 yr but had no lens so i purchased a Sigma 2nd gen 18-300 and at 1st was really disappointed with it as i had no idea in using it....you know, didn't understand the reciprocal rules.

I now have a basic understanding of the dynamics of the lens and camera but still treading the novice line of experience.

Is there a complete cheat sheet of tips and tweaks using the old 60d with the lens I have in order to get more out of it?

Those number relate to film ASA.  They are what some refer to as native ISO.  It is BS.  Use what works and what you can live with.  ISO 100 or possobly 200 are going to be the best.  You will unlikely be abel to tell the difference if you used ISO 160 and cpmparied either of these.

The lens is not a stellar performer so you must do your part.  The only way to get it to be at its best is, for you to be at your best.  You need light and higer SS to do this.  A lot of light!  I would hesitate to take this lens below 1/200 and 1/500 up will be better.

The larger the zoom range, the poorer the lens will be.   No matter who makes it.

I put my camera any place and set 2sec timer to avoid shaky blur images.
Me too
0 Likes
Share
Reply