What flash trigger is best for the 5D M2?

There are so many out there. What are you trying to achieve and what is yout budget? Single or multiple flashes? Do you want to control ratios, ETTL etc on the off camera flashes? 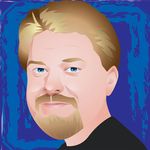 I use cheap(relatively speaking) Yongnuo RF-602 triggers and have pretty good success with them. I've triggered three flashes and the camera itself, remotely from up to 80ft or so.

They now have even better versions with the RF-603 improvements.

I am using Pocket Wizards FlexTT5 Transceivers at the time, but only on my 5D Mark II, 7D and 1D Mark II. My 5D Mark III does not exactly play nice with the Pocket Wizards.  I have been able to fire off a half dozen flashes from about 100 yards away and it works great and that is using a mixture of 430ez, and 580EX SpeedLite.  BTW, I have seven Pocket Wizard Flex TT5’s and they have been reliable so far, except for the compatibility issues with the 5D Mark III.

The Pocket Wizards are expensive compared to the cheap knockoff ones you can get on E-bay, but they work great, and I will be sad to see them go. Some of my flash units are starting to fail, and I have a couple of 430ex’s that are dead now from a few too many  ruff days.

I'm considering replacing all of my flash units with the Canon wireless stuff, however, I'm not sure I will do that soon. I would like to see a wireless radio 430ex unit that can work with the ST-E3-RT unit.  I would get a couple of 600EX RT units and about four 430ex III units IF Canon makes them.

Canon, can you PLEASE PUT A ¼ threaded stud female stud in the body so that we can mount the flash without relying on the plastic foot.  For the life of me, I don’t know why anyone makes a shoe mounted flash unit that does not also have the option of using a threaded metal stud.

Definately need to know if you need TTL or not.

Since I shoot manual flash, YN602s have worked great for me for about 1 1/2 years and just got RF603s and have liked them more since they are trancievers and use AA batteries. (my 602s still work fine, I just moved to the 603s). They are very low cost and a great bargain for the money. Nothing super fancy but they fire every time.

If you want TTL capabilities, you are going to have a lot of choices, but also expensive as well. If you want "the best" for your camera, then without money being an option, I would stock up on Canon 600 flashes. The new radio controlled system is a great move by Canon.

Best depends on what you are trying to do with your flash (manual, eTTL, both) and range. I've used Canon ST-E2 with good success indoors as long as flash is in front of the camera (not behind). Outdoors has been if-fy at best. I've also used 580EX/EX II as Master for other 580's. Similar issues as ST-E2 (as would be expected).

I've used Paul Buff CyberSync Tx+Rx with reliable results but only works for manual triggering. If you need to adjust flash power, you have to walk to the flash and adjust the power setting. They are cheap but very reliable indoors and out.

My favorite is Phottix Odin Tx+Rx. These are radio freq and range is awesome. The Odin Tx has a large LCD and easy to understand controls. These work in Manual and/or eTTL, ABC Groups and they can be mixed Manual/eTTL. You can adjust settings in 1/3 stops from the Tx. And they will work for HSS too. The Odin Tx+Rx are very reliable and they use AA batteries. New features can be imported from Phottix via standard (Included) USB cable.

There are Odin's made for Canon (eTTL), Nikon (iTTL) and they are working on Sony too. If you consider Odin's make sure you get the right version. They are by far the best value out there. Just beware, they don't work with the newest RX600-EX flash. 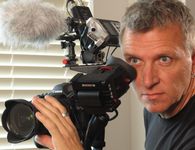 I use Elinchrom triggers as they go with my Elinchrom studio heads.  I have since also bought Elinchrom receivers for portable speedlight triggering.

May be a little more pricey, but you sure get what you pay for.  Very reliable, accurate and easy to adjust.