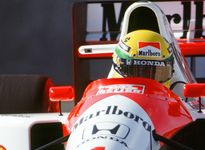 Does Canon publish an official article regarding the breakdown of plastics used on their older camera bodies that produce a sticky residue? I Googled the subject and found several suggestions and home remedies using denatured alcohol, hand sanitizer, etc. Is there a Canon technician that can officially help with this subject? Thank you... dw

I am familiar with this issue.  I've owned a few mice and trackballs that I finally got rid of since no amount of washing, alcohol or conditioning helped.  The tackiness of the rubberized grip is hard to deal with.

Some recommended fixes include a dilute dish soap solution, or a baking soda water paste solution.  I never had much luck.

Canon doesn't have an official policy, nor wiill they service the camera.

You might be able to decrease the amount of tackiness, but I doubt you will eradicate it completely.

I am actually contemplating buying a "new open box" 1v body for my daughter. There are a few "new unopen" and "new open box" and "mint" condition 1v's on eBay. It is unused, but the seller disclosed the left switch cover has light sticky residue.

I've had a few sticky headphones and remote controls before and cleaned them with alcohol, but I thought I'd ask the Forum if they had any DIY tricks... or if one of the Canon technicians might give their expert opinion.

For camera bodies, I've found the consensus is to use ispropyl alcohol with warm water, and wipe sparingly and slowly so as not to damage the rubber.

I will also be searching for "Purple Power". Thanks for the replies.
0 Likes
Share
Reply

Sticky pseudo rubberized coatings are a problem across a wide range of products and I have had my share of them.

The cleaning product I have found to work best for me is "Purple Power" which is an ethylene glycol based cleaner.  This cleaner worked very well on a very expensive communications receiver and a somewhat less expensive, but still several hundred dollar, portable receiver.  But try it and then use with caution on a small part of the camera case because, at least in my experience, this is a permanent solution so it is removing part of the original chemical makeup of the case.  And I expect it will remove some lettering in addition to the sticky residue on some products although that did NOT happen with the radios that I cleaned.

One thing you can consider is replacing the grip yourself, the grip can be removed fairly easily as it is just stuck down with a semi-permanent adhesive. In fact, in order to open and service the camera the rubber must be taken off. You could even upgrade it to leather if you wanted.

On another note what plastic did they use on the old FD cameras? The plastic seems fine on all the FD gear I own.

I think the problem with the covering/case used on a lot of consumer products of that era was largely due to suppliers changing processes and chemical mix to comply with changing environmental regulations and it resulted in problems like this sticky case covering. The paint and coatings industry went through a similar issue when the reduced VOC standards were released and the electronics industry has experienced undesired side effects from removing lead from electronics components and the solder used during assembly. One electronics manufacturer had an issue with products where both the rubberized handles AND the case paint both exhibited the sticky issue only months after retail sale.

Suppliers often rush to comply with new regulations and although the negative results usually don't become obvious until later, some products started exhibiting the sticky rubber issue in less than a year after production.  it sounds like at least the owner's camera made it well past that time period.

Most older plastics were pretty stable until they either reached the point of growing brittle with age or became breeding grounds for fungus/mold which was an issue with some of the early plastic materials.

I didn't think about that. I had this experience recently though when I found an old umbrella and the handle was a melty mess that couldn't be washed off.

With the FD gear it might be more brittle than it was new but for instance the lens caps which use a flexible plastic piece on the inside still seem to work fine. I recently bought a T80 with 2 AF lenses just for fun and it still works perfectly... ahh, the good old days when things were built to last.

It is odd how they said everything was so toxic back in the day but if I'm being honest plastics seem more smelly and toxic than ever. I was shocked when I opened up the box for the DJI Ronin 2, wow, what an odor of plastic that came wafting out of there. It still smells weird when I get up to it. But, it has a metal frame so if it goes bad down the road the plastic coated areas can be replaced as I mentioned... I would prefer blackened tantalum hand grips but you can't be too picky for the price paid.