I shoot a lot of sports and nature photography.  My go-to lens in my 300 F 2.8 and have taken over 350,000 shots with it since purchasing across mostly my 7D M II and my  5D M IV.  I was shooting some water skiing tournaments the past two weekends and borrowed a 400mm f 2.8 from a friend and fell in love with it also... It was a first generation and the 11.8 pounds almost killed me a few times when I was hand holding it, but I did it a few times and got some great shots.  So I want to buy a new 400 mm f/2.8 now because it weights just a little more than my 300 f 2.8.    Since that investment is significant, I also want to plan out my camera purchases.  If they had a 7 D Mark III, I would buy two of them today to replace my current 7 D mark II.  Yes... one for each lens.

I do sell my photos, but not very many, so I consider myself a serious hobbyist, at least until I retire from my day job.  So I don't want to spend 6K for a Canon EOS-1D X Mark II and I love the Crop factor camera on the fast glass for sports getting that extra reach... most of the time.

I don't really think I want to go mirrorless.  I've not tried it.  But  I've spent a lot of time working with the "heavy' DLSR cameras to get my technique down and switching weights between mirrorless and DLSR, could be a factor when swithing cameras quickly with less weight causing different balance points.  Taking over 2000 photos a day switching between cameras repeatedly for sports takes practice... and not sure I want another variable added to the weight.  Is the 90 D actually going to be better than the 7 D mark II for sports and build quality?  The 7D is tough!   Do we have any real release information on cameras coming soon?    Maybe when I get old... I'll want to switch, but as long as I can get the shots I want with the cameras I have... I'm good.

After the 14K I have in current lenses and another 13K with the next purchase, I don't want to change camera mounts to shoot what I want... so should I wait to buy the 400 once they have one for a mirrorless camera and switch that way?

I have been through a similar experience but I was not required to purchase my own lenses. Here is my take which may be correct or way out in left field.  I don't think there will be a 7D Mk III.  I think the 90D has summed that part of the crop sensor line up.  I agree about not going  mirrorless, it is just not ready .....yet.

"...350,000 shots with it since purchasing across mostly my 7D M II and my  5D M IV." "I do sell my photos,..."  That's a lot and it isn't.  I have seen some Canon cameras go 1/2 a million but you have to be concerned as the count is getting long in the tooth. Perhaps selling is not that important but if it is you need fully reliable gear.  Your lens choice is golden.

Now this was added, "I was shooting some water skiing tournaments...".  I think I would certainly entertain the idea of getting a 1Dx Mk II as the replacement camera.  Yeah, it is not a crop sensor but it is built far better than either the 7 series or 5 series cameras.  Not close. The splash of water inevitable at water skiing events, I know I have shot them, is going to be tolerated better by the 1Dx Mk II.

Thanks I agree...based on what we know now. I think I will have to go with the 1D line eventually... but hope I get some more paying gigs to cover the cost of the gear soon. I was hoping not to go up or down in weight...lol
0 Likes
Share
Reply

"...to cover the cost of the gear soon."  All I can do is feel for you here as I did not have to buy the gear.

Yeah, if you want it built like a tank it will weigh in like a tank. I carried two 1 series most of the time and I would like to say you get used to it but in reality you don't. You just do it. 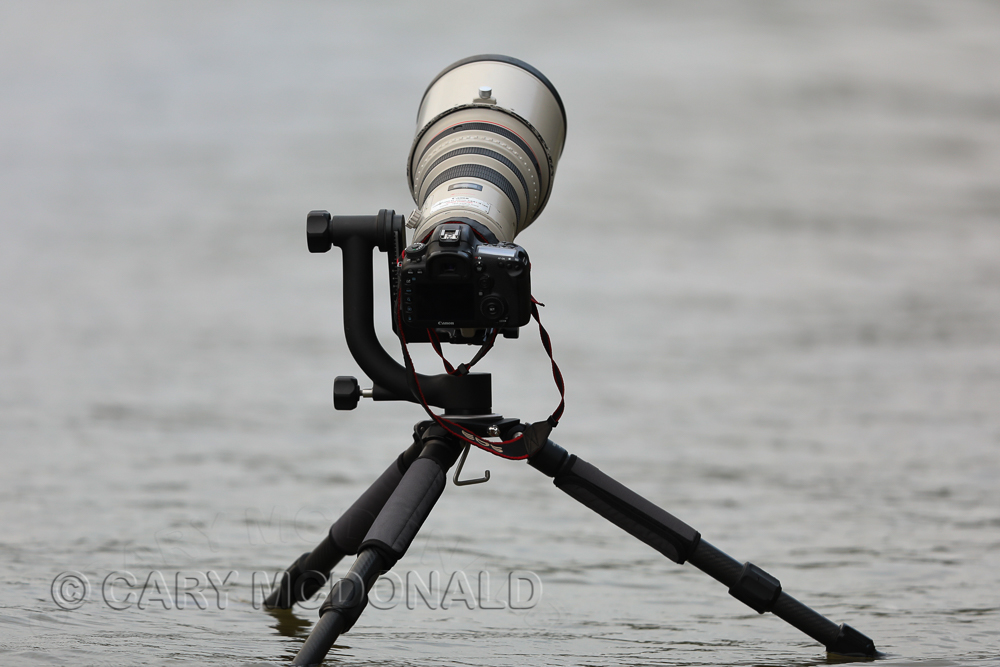 He is mine normal set up for birds. 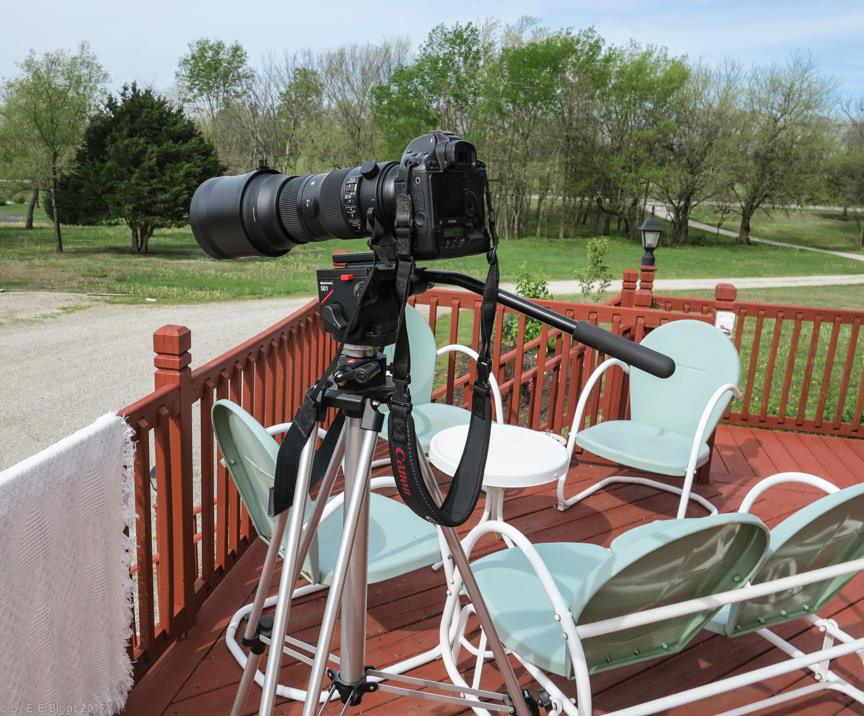 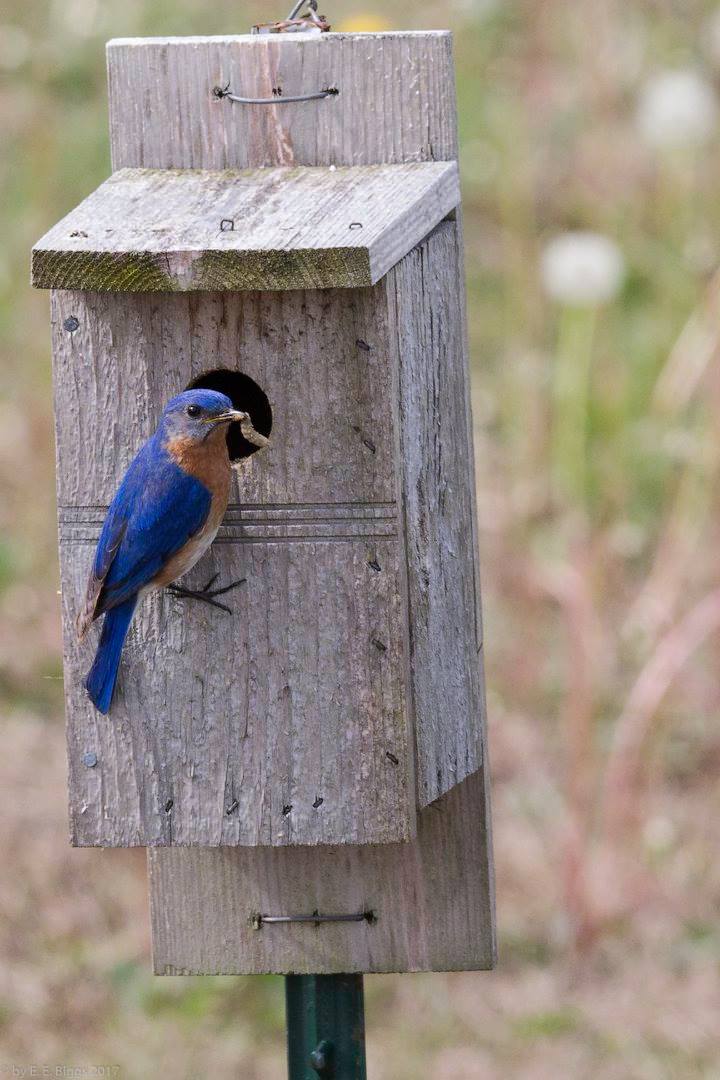 Gives me the Heebie-Jeebies.

I was watching it very closely... and the boat wake never covered the tripod pads...

And being low got some great angles for shots when the clouds came over.

Gives me the Heebie-Jeebies"

And you probably don't get the shot. This and more is what it takes to get the great photos.