New to DSLR's. Am I missing something or should I see a fairly significant difference in a photo using ISO 200 and 12800? -- because I don't? I've never been able to use ISO to give me more light with this camera. I just took 2 pictures both at F/8 and with the ISO set at the numbers already mentioned. They look almost identical? I would post the pictures but I'm not sure how to upload here. Thanks so much.

Inserting photos is easy! When composing your message, click the "Insert/Edit Image" icon at the top of the text box. It's near the center and it's a square with a pair of mountain peaks in it. You'll get instructions from there.

Post by clicking the little mountain icon. You might need to resize the image a little smaller.

Here are the two photos. The first is ISO 200 the second is ISO 12800. I understand the higher the ISO the more grain/noise is introduced into the photo but I also thought that I would increase ISO when I needed more light. These photos probably arent the best example because I really didn't need the light sensitivity (does a too high ISO not "over expose" a picture though?) If I go into a room that definitely needs more light, I increase my ISO -- even by lots like in this example but it doesn't seem to change anything. I don't get it?

If you zoom in you can see the difference: 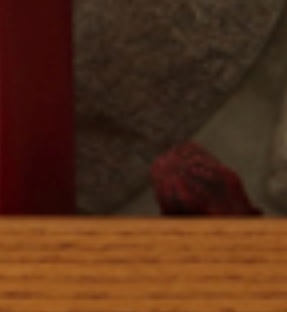 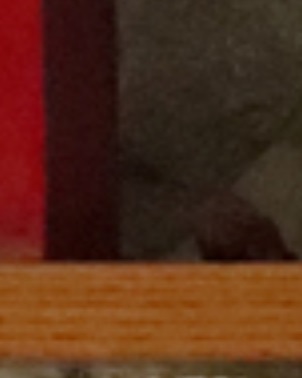 Note the extra grain and lack of detail, probably due to the noise reduction. It is still pretty good for an ISO12800 image, though! Very usable. This is way you use a DSLR, the large sensor gives good noise performance.

If you are using the camera in green square(auto), P,AV,TV or any of the scene modes then changing to a higher ISO will not cause over exposure because the camera will adjust either shutter speed or aperture to compensate and give you the correct exposure, if however you are in manual (M) mode then you will have to change these yourself to get the exposure correct.

Being new I think you might be falling for the huge increase in numbers and not the lesser increase in f-stops.

Most current DSLRs can shoot cleanly at ISO 6400 and even 12,800.  Something that a few years ago would have not been possible.

Being new I think you might be falling for the huge increase in numbers and not the lesser increase in f-stops.

Most current DSLRs can shoot cleanly at ISO 6400 and even 12,800.  Something that a few years ago would have not been possible.

EOS 1DX and 1D Mk IV, along with less and less other stuff.
Thank-you, that makes a lot of sense, perhaps I'm expecting too much from a higher ISO? I guess the bottom line is, if I don't have enough light (the picture looks dark in the display) and I already have the aperture wide open (I currently only have the canon kit lens) I guess I need auxilliary lighting? I take real estate interior photos.
0 Likes
Share
Reply